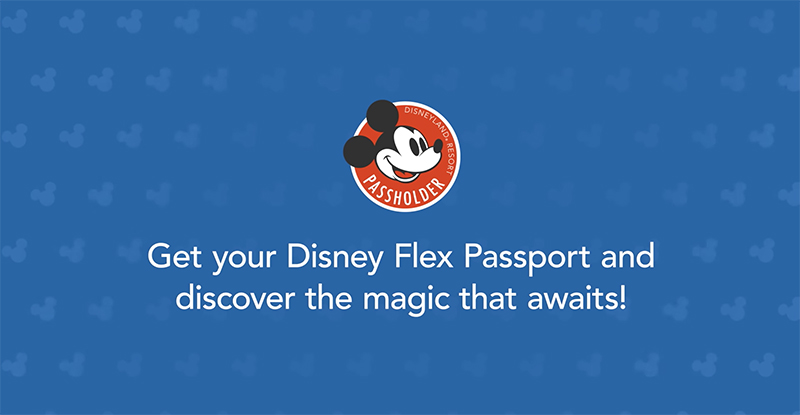 Disneyland has announced the Disney Flex Passport, a new Annual Pass with both open admission and reservation-only days. Disney is billing the AP as being a way to deliver a world-class guest experience, while better distributing attendance throughout the year.

The new Flex Pass will allow access to Disneyland or Disney California Adventure park on select good-to-go days, plus the ability to make reservations on other days for more access. Some days, such as the weeks around Christmas and New Year’s, will be blocked out entirely, but the vast majority of the calendar is available one way or another.

Plans can be managed through the website and the Disneyland app, where they can access an interactive calendar and book a reservation. When it comes to reservations, Disney Flex Passholders will be able to make up to two reservations at a time up to 30 days in advance.

No shows will be penalized for not canceling their reservations at least a day in advance via the Disneyland website or app. After three no shows, Disney Flex Passholders will have existing reservations canceled and a hold put on making new reservations.

Now, for some commentary about Disneyland’s Flex Pass…

In comparing the respective Disneyland Annual Pass blockout calendars, the Flex Pass is all of the ‘good to go’ days of the Southern California Select AP plus the Signature AP’s dates as ‘requires reservation’ days. This positions it between those two Annual Passes, which already have the Deluxe between them.

At $599 for the Disney Flex Passport, you’re paying a $200 premium over the SoCal Select AP. However, you’re paying $200 less than the $799 Deluxe Annual Pass, which has fewer blockout dates but also lacks access to many of the days that are reservable with the new Flex Pass. Price-wise, it’s a far cry from the $1,149 Signature or $1,399 Signature Plus Annual Passes. 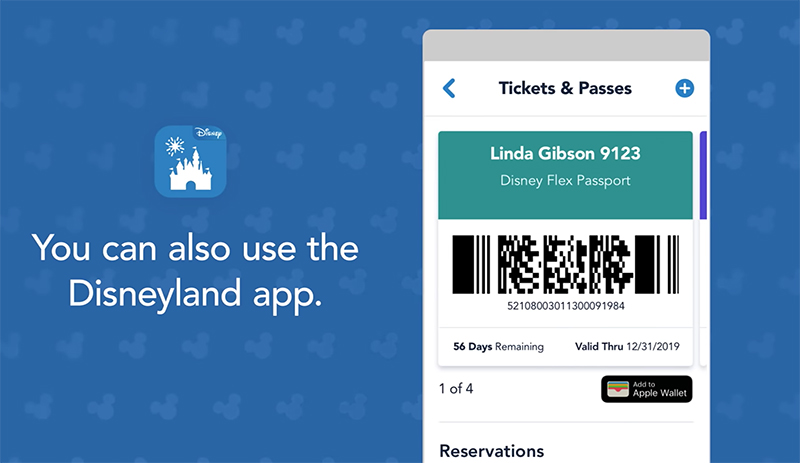 At first blush, I’m very intrigued by the Disney Flex Passport (side note: I’m also very intrigued about that ‘Add to Apple Wallet’ button, especially with how many problems I have with pulling up my Annual Pass in-app). It could be a great option for many locals who are inadequately served by the SoCal Select AP.

However, from my perspective, it’s too early to offer any kind of definitive proclamations about its usefulness or value. The true measure will be just how difficult it is to book Saturdays or popular holiday weeks when schools are out of session in Southern California.

If we’ve got an Avatar Flight of Passage FastPass+ or Be Our Guest Restaurant ADR kind of scenario (wrong coast, but I’m sure you get the idea), this AP may not provide a ton of added value for locals–especially ones who are more inclined to visit Disneyland on a last minute whim. 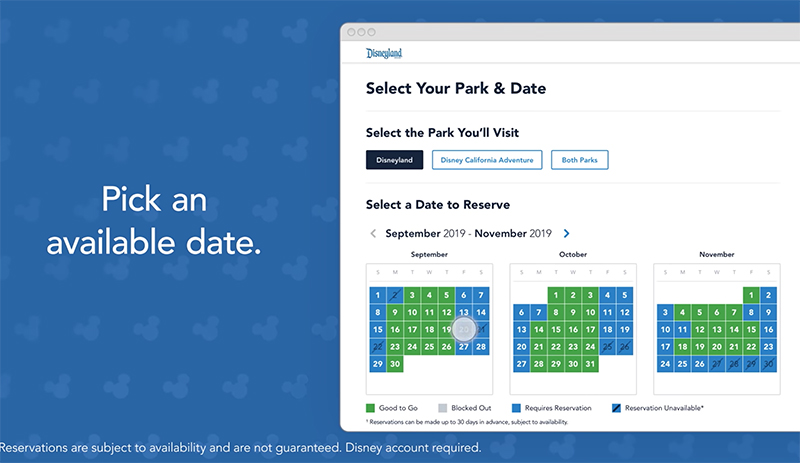 On the other hand, if it ends up being relatively easy to book most dates without setting an alarm or your schedule a month in advance, the Flex Pass could end up being great. We could see this replacing the Deluxe–or even Signature–Annual Pass for a lot of locals if some best case scenario assumptions end up coming to fruition.

At this point, it’s impossible to say whether they will, though. The Flex Pass is being offered to level out attendance, which is hardly insightful commentary given that the second paragraph of Disneyland’s announcement says: “We are always considering new ways to continue…better distributing attendance throughout the year.”

The Flex Pass is the ‘fill in all available space’ Annual Pass, cleverly positioned between existing APs. Disneyland is undoubtedly offering the Flex Pass to increase attendance on days where there are gaps between tourist turnout and the number of existing Annual Passholders who are blocked out. Right now, we don’t know how much available space there is to fill. 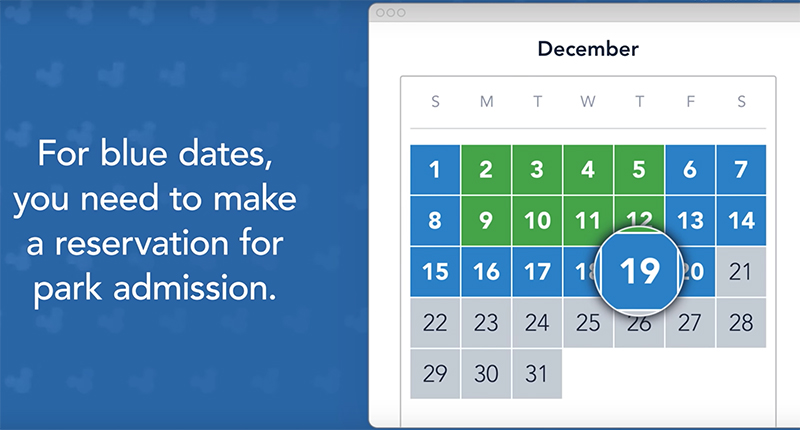 At this point, the clear-cut biggest winner is out of state Disney fans who want a lower tier Annual Pass, have flexibility in their travel dates, but are not eligible for a Southern California Select Annual Pass. The next obvious winner is locals with similar flexibility who don’t necessarily want to visit on Saturdays, but do want some access during the summer and more options during Halloween and Christmas seasons.

Another winner, I expect, is to be the overarching guest experience. Disneyland has a totally different vibe from Walt Disney World, and in many ways, that’s for the better. One way it’s not so great is in the sense that many Disneyland locals treat the parks as leisurely hangout spots. A laidback locals’ culture is great, but Disneyland should be special–not an alternative to visiting Irvine Spectrum or the Grove.

Limiting how many times locals can take advantage of the reservations will create a greater sense of urgency and appreciation when visiting Disneyland, which I view as a good thing. (And I say this as someone who has been guilty of treating the parks as hangout spots no different than a local mall.) 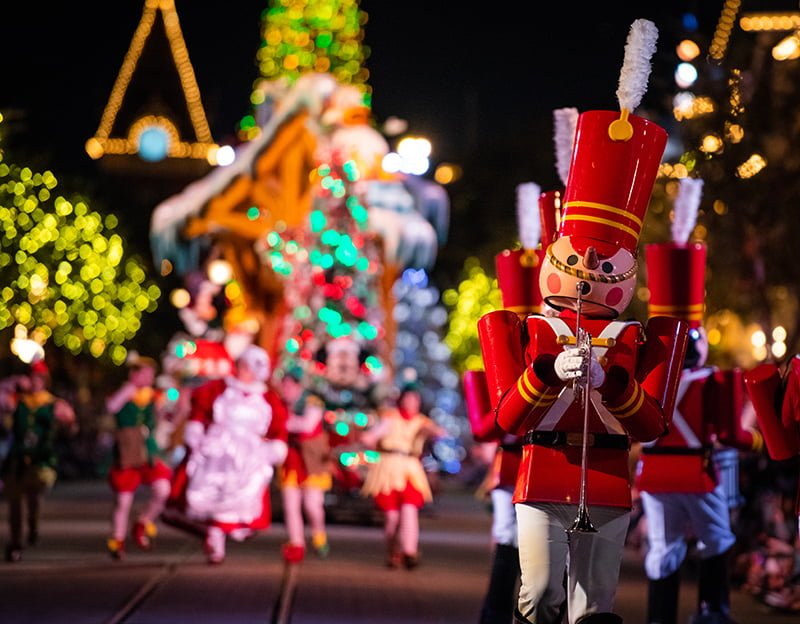 The biggest losers with the new Disney Flex Passport is existing Signature and Signature Plus Annual Passholders. Currently, non-holiday dates when SoCal Select and Deluxe APs are blocked out are the least-crowded days at Disneyland.

These windows of time are days and seasons when more blockouts are necessary due to an increase in tourists. However, the increase in vacation-goers is not enough to offset the number of lower-level APs who are blocked out. Consequently, tourist season has become a great time for locals with higher tier APs to visit Disneyland.

Allowing Flex APs to reserve days that were previously only accessible to day guests and Signature APs is going to cause a surge in attendance those days, all but obviating any low crowd anomalies on Saturdays and in months that, intuitively, you’d expect to be busy (but weren’t). Accordingly, we’d expect Signature Annual Passholders and above not to be fans of this new offering. 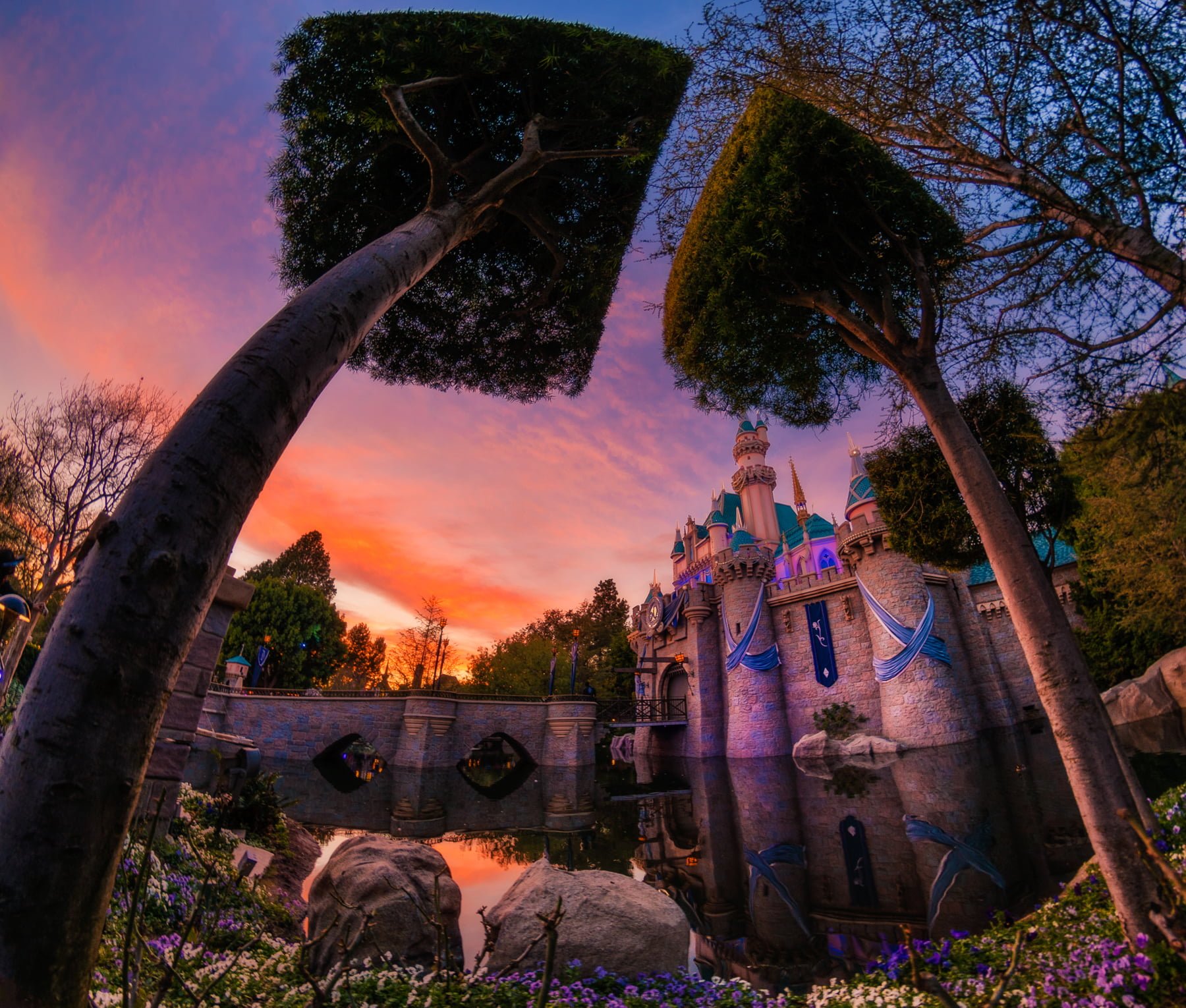 Of course, the counterpoint to this reaction is that higher tier APs were never purchasing ‘low crowd anomalies’; they were paying for expanded access including the most popular times of the year. The fact that these days ended up being less crowded was a bug, not a feature.

Overall, the new Disney Flex Passport is an interesting option that could be a good Annual Pass for a number of locals and out-of-state Disney fans. It will undoubtedly create winners and losers. However, at this point, it’s really too early to tell whether the Flex Pass is worth buying or avoiding.

We won’t be able to make anything resembling a definitive recommendation until the pass actually goes on sale and we see how competitive reservations are for a couple of months. Of course, by that point, it’ll be too late for summer Star Wars: Galaxy’s Edge access, so if you’re in urgent need of a new Disneyland Annual Pass in the near future, you might just want to roll the dice on this, and be prepared to be up early to book your visit dates.

What do you think of the Disney Flex Annual Pass? Will you be purchasing this, or do you prefer another AP–or none at all? Do you agree or disagree with our assessment? Any questions? Hearing your feedback—even when you disagree with us—is both interesting to us and helpful to other readers, so please share your thoughts below in the comments!