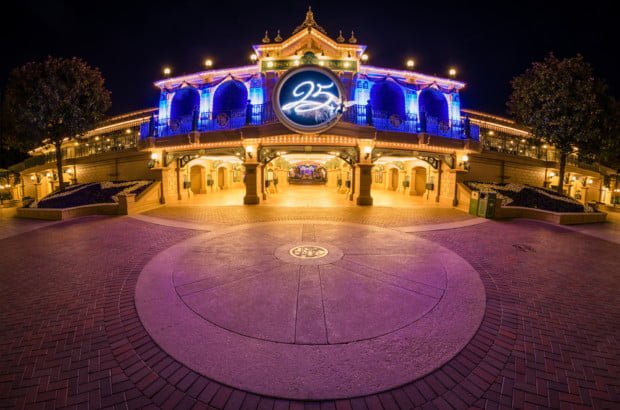 Perhaps my expectations for the 25th Anniversary were too high. Though I didn’t want to say as much to potentially overhype this for readers, I was partially expecting this to be a quasi-relaunch of Disneyland Paris. The foundation was set for it, with most large scale refurbishments being complete, and new entertainment slated to debut.

Obviously, that’s nothing on par with what Disney California Adventure did for its billion dollar-plus overhaul or what Disney’s Hollywood Studios is now doing, but for Disneyland Paris, a park that has worn the albatross of financial woes since its opening, it was a huge step in the right direction. So, why the disappointment?

It boils down mostly to the new entertainment and other missed opportunities. On the plus side, when looking at the 25th Anniversary of Disneyland Paris solely from the perspective of “Project Sparkle,” the Experience Enhancement Plan that would overhaul 10 classic attractions, it is a rousing success.

To that end, I still think it’s an excellent time to visit Disneyland Paris, and it was an incredibly satisfying trip. 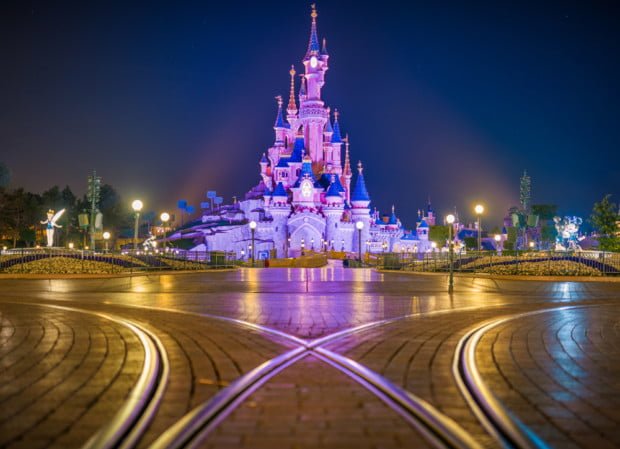 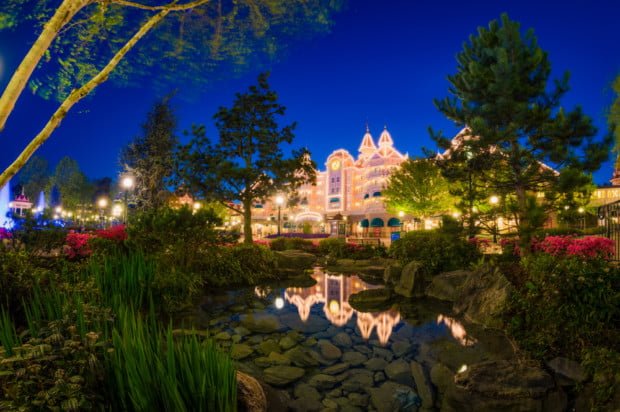 This was on top of pretty significant improvements that had just finished prior to our trip last fall to Swiss Family Robinson Treehouse, Adventure Isle, and it’s a small world.

The unequivocal highlight of all this was the return of Big Thunder Mountain Railroad. The lengthy refurbishment to this had encompassed our last two trips to Disneyland Paris, but was finally finished. If downtimes during our trip are any indication, there are still some hiccups that need to be ironed out, but when it’s running, wow, what an attraction!

This has always been the definitive version of Big Thunder Mountain Railroad, but it’s even better than before. The queue details, the sounds, sights, and even smells are all fantastic. The track is smooth (except when it’s intentionally not), the vehicles are fast, and the new effects were added delicately so they don’t stick out from the rest of the attraction. 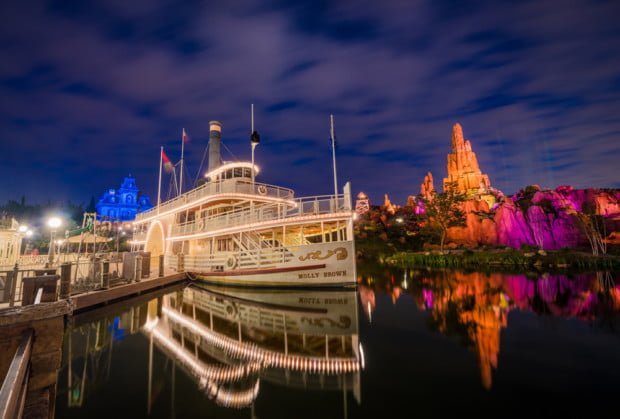 On our last night in Disneyland Paris, I had to choose between continuing to photograph Thunder Mesa or rushing over to Big Thunder Mountain Railroad before it closed to get in one last night time ride, and I chose the latter. That I’d choose it over photography should speak volumes about this attraction. (No regrets, either. The nighttime experience with Disney Illuminations exploding in the distance is splendid.)

For a more leisurely experience to see everything improved upon around the Rivers of the Far West, we finally had the chance to experience the Molly Brown again. This whole river loop looked incredible. Most notably, the “Old Unfaithful” geysers were looking spectacular. (Check out the before and after in this DLPToday post, photos towards the top.) 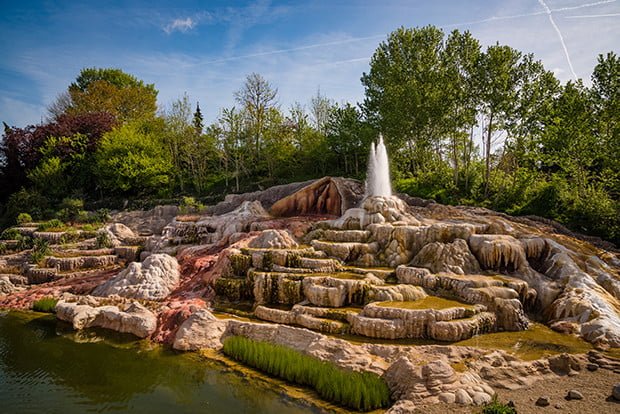 I was perhaps more excited about seeing these geysers than any adult should be, but it’s the details like this are the highlight of Disneyland Paris for me. It’s such a divisive park–a topic I plan on covering in the near future–and I think the big reason this is the case is because it does not appeal as much to fans who are primarily ride junkies.

However, if you are into Disney for the amazing attention to detail and design, there’s a good case for Disneyland Paris being the crown jewel of all castle parks. 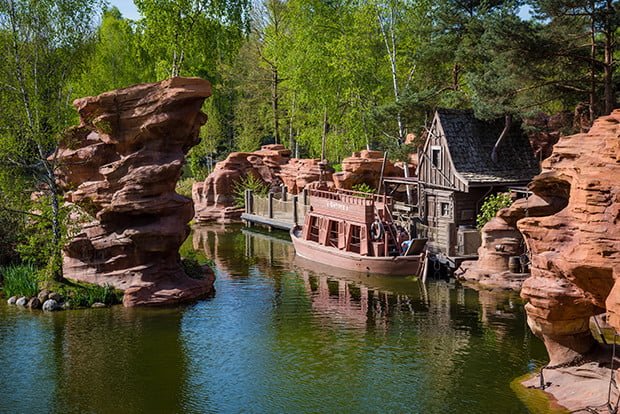 While we were on our circle tour, we noticed work being done to one of the River Rogue Keelboats. This led me to wonder if maybe one would be out (not for guests) for the day of the 25th Anniversary. That turned out to not be the case, but I later heard there are rumblings that the River Rogue Keelboats might return this summer. That’d be a huge win.

As a whole, Frontierland looked incredible. This is my favorite land at Disneyland Paris (which is tough because there are so many good lands), and I love the Thunder Mesa backstory. With that said, I did have two minor disappointments: Cowboy Cookout BBQ and Lucky Nugget Saloon did not have live entertainment during our visit (at least none that I saw), and there was no tasteful Phantom Manor merchandise for men. 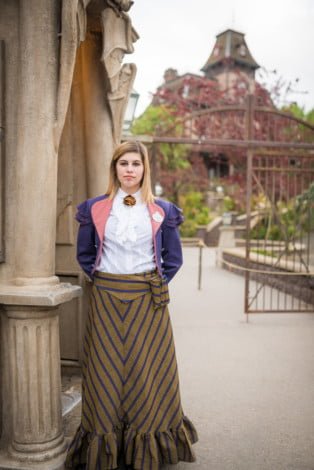 The live entertainment is the bigger deal of the two, and it’s possible we just missed this (but we checked multiple times). There was musical equipment out in the little stage area there. 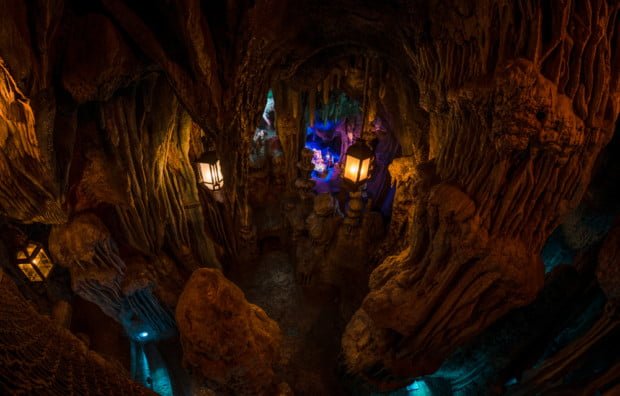 Pirates of the Caribbean was down, as expected, and will remain down until July. It was a bit surprising to see the entire exterior basically with a big tent around it (it looked almost like a house being bug-bombed!), but this attraction was in desperate need of an overhaul. It’s a given that Jack Sparrow is going to be added, but I hope at least it’s done tastefully and with other non-IP upgrades to other scenes.

There were rumors that Hyperspace Mountain might soft open during our visit, but that did not occur. Honestly, I did not really care. I haven’t really gotten caught up in the controversy surrounding this change. I feel the ship sailed on Discoveryland’s brilliant theme when Buzz Lightyear was added and the original Space Mountain: De la Terre Á la Lune was changed to the painful Space Mountain: Mission 2. 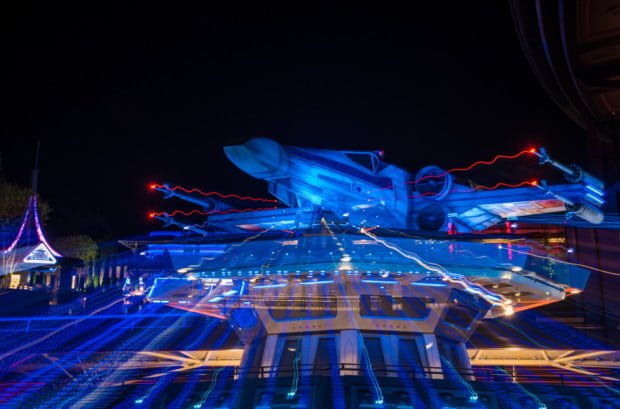 It’d be great to see Discoveryland’s original grandeur restored, but realistically, I know that isn’t happening. I’m honestly surprised they aren’t doubling down on Star Wars and changing the Nautilus walk-through to a crashed Millennium Falcon…perhaps looking out onto Otoh Gunga and being attacked (with painful dialogue) by Jar Jar Binks. Oh shoot, I probably shouldn’t give them any ideas!

It is downright refreshing that Disneyland Paris has given attention to many of these areas. Now, if you’ve never visited Disneyland Paris, you might expect regular maintenance as a normal thing. Unfortunately, that has not been the case with the historically troubled park in France. Not only has it had financial woes, but weather (both rain and snow) plays its role, and this is compounded by the fact that the park has so many details that need regular upkeep. 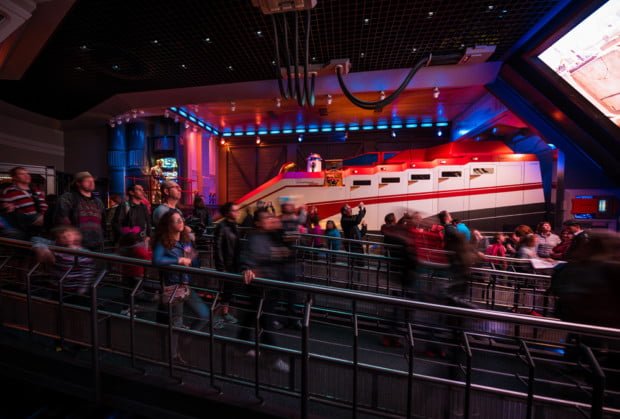 I’m not making excuses for maintenance shortcomings at Disneyland Paris over the years, but I think the point stands that seeing the park in such great condition is a big deal if you’ve seen the park during its darker years. I will say that I think kudos is in order for fixing so many small details and refurbishing areas of the park that aren’t marketable draws.

For the amount spent on fixing the fundamentals, Disneyland Paris probably could’ve added a flashy E-Ticket that would’ve had a greater impact on attendance, but instead park management opted to get back to the basics. While this may not be something that Disneyland Paris can tout in commercials, paying attention to these little details is what will make—and keep—lifelong fans.

Right now, Disneyland Paris is right up there with the best-maintained Disney parks. I’d put it ahead of both Disneyland in California and Magic Kingdom, actually. When you couple this exceptional maintenance with the exquisite design throughout the park, a visit to Disneyland Paris does not disappoint, even if the 25th Anniversary entertainment is a letdown. On Page 2, we’ll offer even more complaints about dining at Disneyland Paris, merchandise for the 25th, Cast Member morale, guests behaving badly, and more…