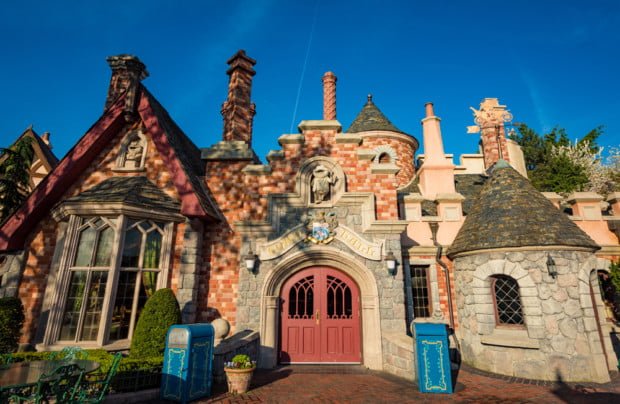 We’ll start this page out with dining for the Disneyland Paris 25th Anniversary. The restaurant scene has been a weakness of Disneyland Paris for ages. We reported minor gains in our last trip report, but that’s about where things still stand.

These minor improvements are not nearly enough. Dining is still a major weakness, and the food at Disneyland Paris is, without question, the weakest at any Disney resort on the planet. It’s not even a close call. Even though quality is up a bit, it’s still below the standards of other resorts, and there are very few compelling or unique items at counter service restaurants.

Every Disney park has its Restaurantosaurus or Tomorrowland Terrace, places that aren’t fit for human consumption. The huge difference, though, is that they also have Flame Tree BBQ or China Voyager. I do like Cowboy Cookout BBQ and Restaurant Hakuna Matata, but even these are weak as compared to top options everywhere else.

Then there’s the issue of operating hours. I don’t want to beat a dead horse with this, as it’s a complaint I’ve made time and time (and time) again. Still, it’s worth mentioning that our visit was over the course of Easter week and the date of the actual 25th Anniversary, and the majority of restaurants still closed at 5 p.m.

Beyond that, there were an insufficient number of cash registers open everywhere. (Literally. Everywhere.) Lines were ridiculous across the board, and seating areas were inexplicably closed despite a lack of tables elsewhere. 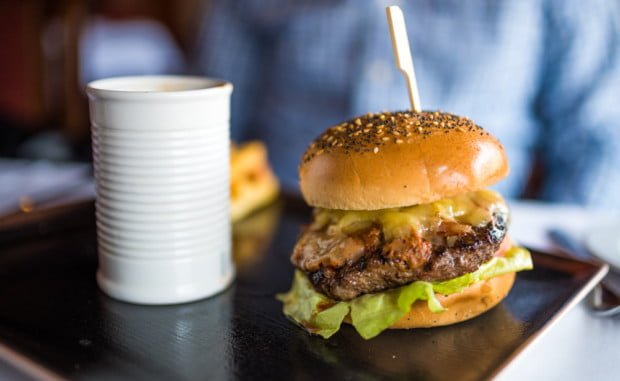 On the plus side, we did have an exceptional meal at Walt’s – An American Restaurant. The new menu was a huge improvement, and turned what was previously a meal we recommended solely for the ambiance into one we’d recommend without caveats. We’ll have a full review at some point.

Above is the burger & chili combo our friend Mark ordered. To my knowledge, this is the most expensive Disney burger anywhere, costing ~$50. (Our meal was much cheaper, and Mark ordered from a ~$60, 3-course menu that was also a significantly better value.) 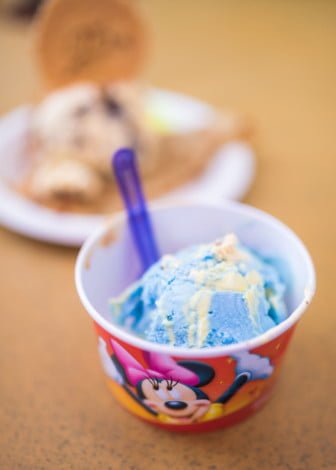 A prime example of these issues was Fantasia Gelati. Each day of our trip, we wanted to grab a crepe here. The first few days, we passed on it when we first went by because lines were too long. We figured we’d wait it out, only to discover it closed at 5 or 6 p.m. everyday.

Finally, on the last day, we decided to just do it mid-afternoon. Only one line was open, and we waited over 30 minutes. In the meantime, several people got out of line in front of and behind us (and one dude tried to cut us, but that’s a different story). Given the lines, this restaurant was no doubt leaving money on the table by being understaffed and closing 2-3 hours before sunset. 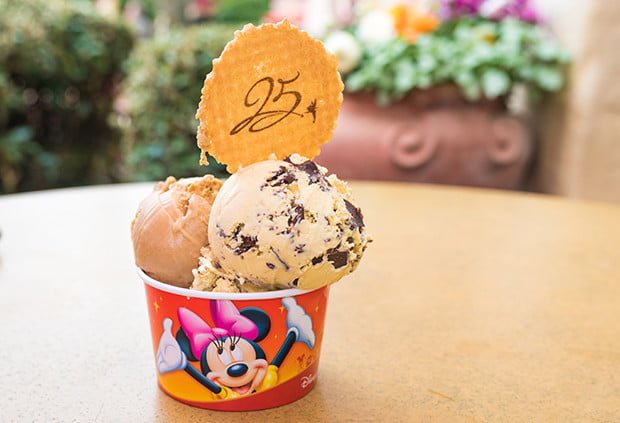 This scene at Fantasi Gelati was the rule, not the exception. Again, this was Easter week, which is a holiday throughout Europe. There is zero excuse for shortened operating hours and insufficient staffing.

This isn’t just a problem in terms of leaving money on the table–it’s also a cause of poor guest satisfaction. 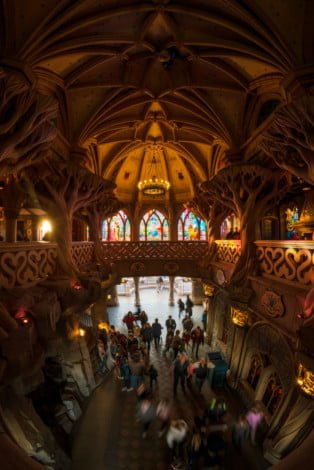 I could rant about this when it comes to Disneyland Paris all day. There are so many operational inefficiencies that cost them lost revenue, lead to a poor guest experience, and potentially hurt Cast Member morale.

If someone with zero theme park operations experience (heck, I’ve never even played Theme Park Tycoon!) can see these issues, they are readily apparent. It’s as if top-level management doesn’t spend time in the parks, and mid-management just doesn’t care. 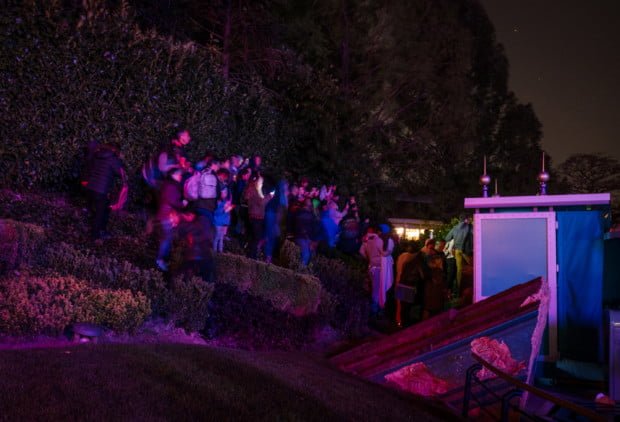 Cast morale is an interesting topic along those lines. One of the most interesting and saddening things I witnessed this trip was guests climbing into grassy areas and flower beds for views of shows and parades when other prime spots were taken. This, alone, wasn’t the sad (or at least, saddest) part. I’ve heard stories about this, but have never witnessed it, likely because we’ve never visited during this busy of a time.

The saddest part was on a particularly busy day about 20 minutes before Disney Stars on Parade, when this was occurring behind me near the entrance to Frontierland. A Cast Member kindly asked the two-dozen or so guests who had climbed onto the grassy hill here to move for their own safety. 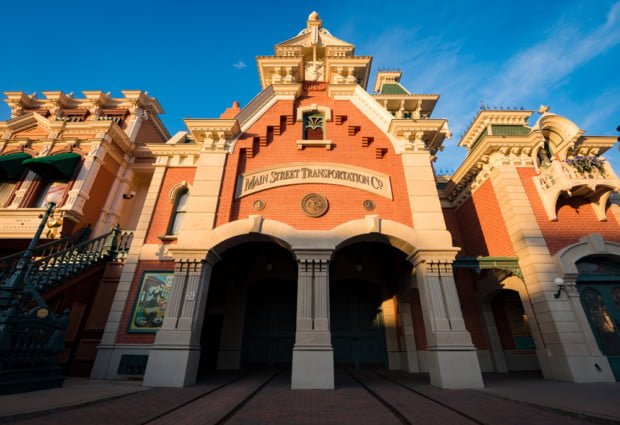 Not a singled person budged at first. So, this Cast Member climbed up into the grass, and was more assertive. Finally, people started to move. He and another Cast Member stayed here for a few minutes, then left to do something else. Within moments of them leaving, guests climbed back into this same area.

The Cast Member returned, and this time was ignored entirely. It took him getting security before the second wave of guests in this grassy area would dissipate. Never in my time in the parks have I witnessed guests so brazenly defy the orders of Cast Members. 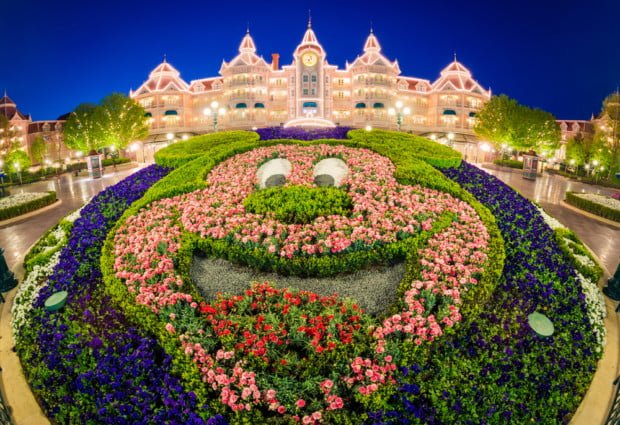 From what I understand, this is not an uncommon thing. In speaking with a few current and former Cast Members, they attributed this to understaffing and a mix of different European cultures/languages that make it difficult to enforce rules.

One even indicated that if you don’t become a bit numb to guests behaving badly, the job will destroy you. (Wow.) 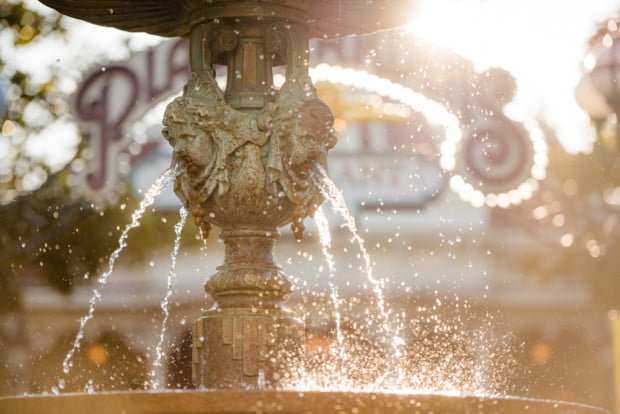 Prior to seeing this and hearing this sentiment, I was critical of crowd control and the hands-off approach many Cast Members take. While I still think there are serious crowd control and guest management issues at Disneyland Paris, I now appreciate that these are not easy fixes at the individual Cast Member level. Rather, systemic policy changes need to be enacted, Cast Members need to be empowered to handle situations, and staffing needs to be adequate–among other things.

Cast Member morale is a topic we’ll (sort of) return to in the second installment of this trip report. Fortunately, that will be an incredibly positive display of the pride Cast Members take in Disneyland Paris… 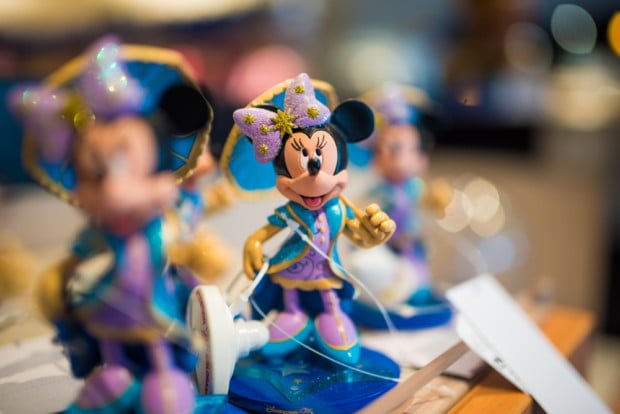 Anyway, let’s move on to a more pleasant topic: merchandise. There’s some moderately good stuff for the 25th Anniversary. Most notably, the Disneyland Paris: A to Z book. This collectible coffee table book costs about $50, but I had no hesitation in buying it. The book is gorgeous, with both English and French text that provides insight into the past, present, and future of Disneyland Paris.

It’s no Disneyland Paris: From Sketch to Reality (honestly, I can’t imagine another Disneyland Paris book ever being that good), but it’s a formidable title that I’m happy to have in my Disney theme park library. Given the space that would take up in my suitcase, I couldn’t buy much else. I did end up with a 25th Anniversary coffee mug (DISHWASHER SAFE!), but that’s it. 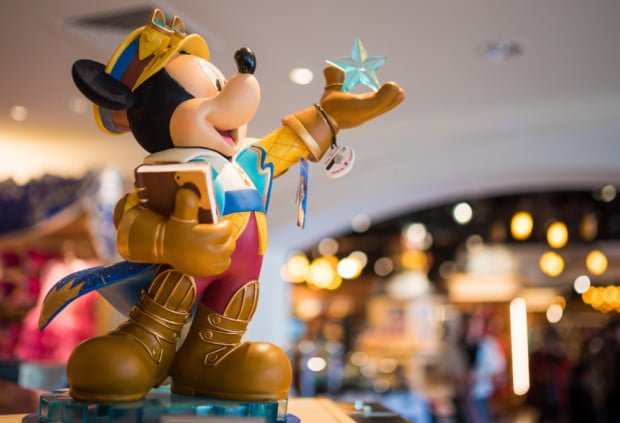 Otherwise, the merchandise felt like a scaled-back version of Tokyo DisneySea’s 15th Anniversary, with not quite so many over the top character designs. There were some okay shirts and other items, and a really cool steampunk Mickey Mouse Big Fig (I didn’t even know Disney still made Big Figs…I thought they’d downsized entirely to medium ones), but that was all I noticed.

There were also a few attraction specific items, but nothing that really caught my eye as anything I’d purchase. Most of these graphic shirts had gaudy graphics. There was one cool Phantom Manor shirt, but it was only made in female cuts. All things considered, Disneyland Paris has a long ways to go to catch up to Walt Disney World or Disneyland in terms of merchandise, but it’s better than Tokyo Disney Resort. 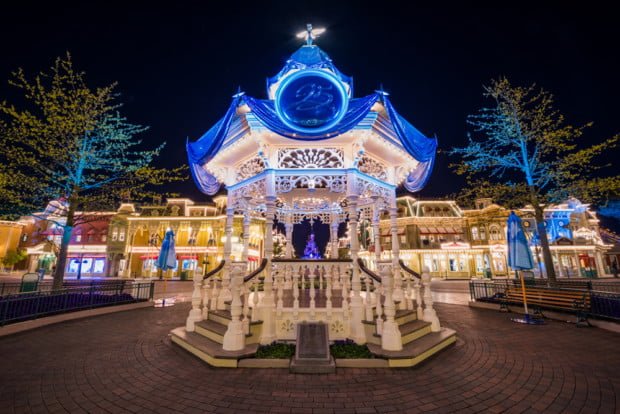 I think that’s enough for this installment of the Disneyland Paris 25th Anniversary trip report/recap.