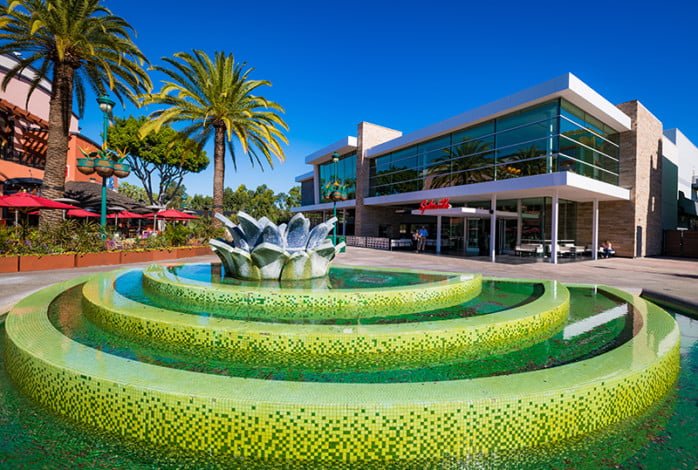 Downtown Disney is Disneyland’s entertainment district and a popular spot in Anaheim, California for dining, shopping, and more. In this guide, we’ll cover tips for where to eat, what to do, how much time to budget for Downtown Disney, and more. (Updated July 20, 2020.)

For starters, Downtown Disney has reopened as part of Disneyland Resort’s phased opening. During this initial reopening phase, guests will be instructed to self-park (currently free of charge) in the Simba Parking Lot and make their way to the Downtown Disney District entrance adjacent to the Disneyland Hotel, near Earl of Sandwich. All other Guest parking locations are closed. (Note that on weekends, the Simba Parking Lot has filled to capacity a few times already.)

Prior to entering, guests are required to undergo temperature screening, and anyone with a temperature of 100.4 F or above will be directed to an additional location for re-screening. Additionally, all guests ages 2 and older are required to bring and wear face coverings when visiting Downtown Disney. Physical distancing guidelines, enhanced cleaning, cashless transactions, and capacity limitations are other health safety measures that’ll be taken at Downtown Disney.

Restaurants at Downtown Disney have begun to reopen with physical distancing, the use of face masks by employees, increased cleaning procedures, and limited-contact. At this time, no indoor seating is permitted–all seating is outdoor patio only. Due to capacity reductions, reservations are highly recommended for table service restaurants.

At some retail locations, including the World of Disney, a mobile wait list system to manage the number of guests shopping when the location and/or physical queue are at capacity. This has happened several times already, as demand for new products has led to long lines some days since Downtown Disney reopened. 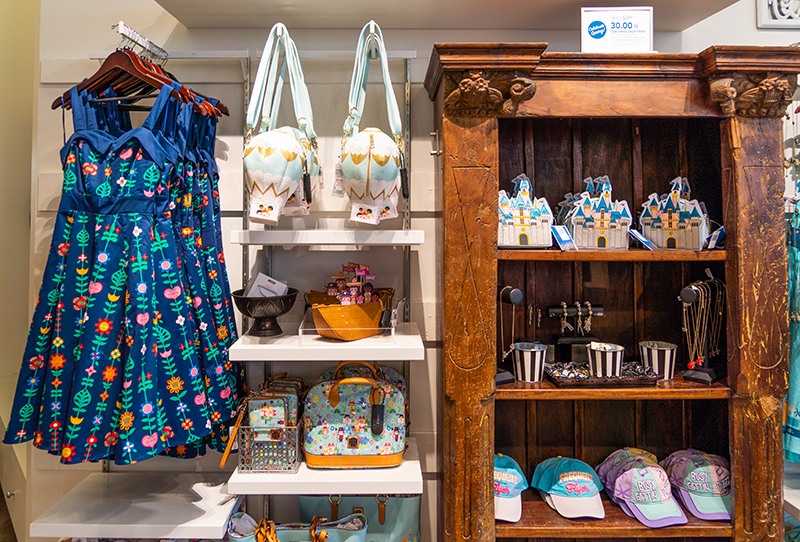 The following shopping and dining locations are currently operating at the Downtown Disney District. Additional locations may reopen or close at any time in light of California’s changing recommendations. We recommend contacting the shop or restaurant you’re planning to visit for more info:

That about covers it for Downtown Disney’s reopening. If you’re in need of additional info, check out Disneyland Resort’s “Know Before You Go” page for Downtown Disney. What follows is our normal guide to Downtown Disney, including a variety of restaurant recommendations, shopping tips, etc., all for “normal times.” 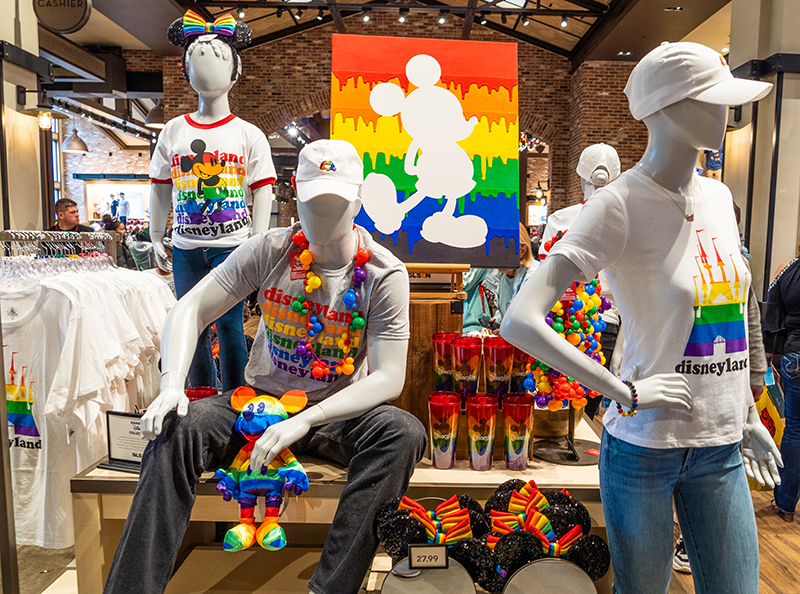 When we originally published this, we didn’t really recommend bothering with Downtown Disney. It was outside Disneyland’s security perimeter, and between that hassle and the lineup of restaurants, we rarely bothered with it. What a difference a few years makes! 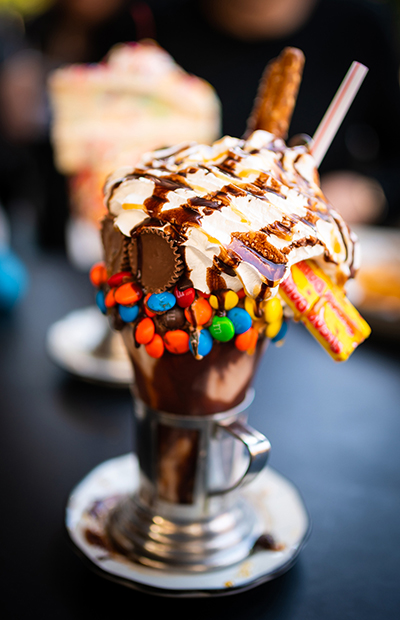 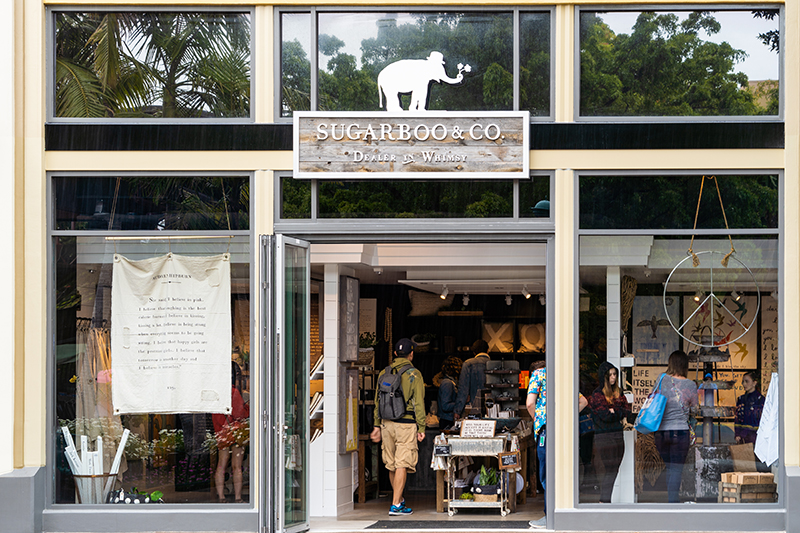 During the day, Downtown Disney is less crowded than Disneyland and Disney California Adventure. At night and on weekends, in particular, it can get quite busy with a mix of tourists, locals, and people walking from their hotel or the Mickey & Friends Parking Structure to the parks.

Now that we’ve covered the basics, let’s delve into some of our Downtown Disney recommendations… 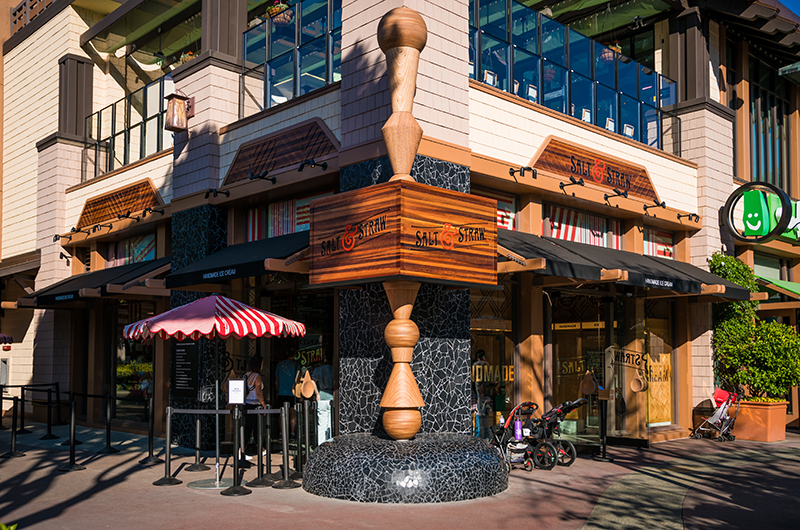 Here are our recommendations for each tier…

Everyone loves Earl of Sandwich, and while we like it, we think it’s a bit overrated. The portion size is pretty small for the price. Pretty much all of the other counter service restaurants are afterthought windows at table service restaurants.

Table Service (Less Expensive) – When it comes to table service, our top pick is Naples, which is the west coast cousin of Via Napoli. Sarah claims it doesn’t taste quite as good as Via Napoli in World Showcase, but I think it’s nearly identical. In any case, we both agree that it’s excellent pizza. A group sharing a 1/2 meter pizza can make this a fairly reasonable value, too. 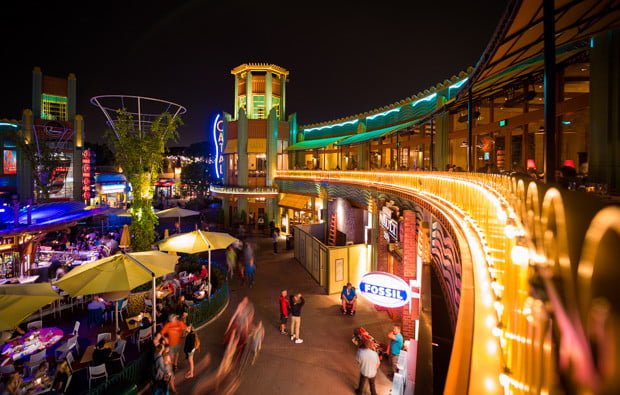 Table Service (Fine Dining) – The fine dining restaurant in Downtown Disney is Catal. We really like this, as we mention in our recent review. However, if you want other outside-the-park fine dining options, consider Steakhouse 55 and Napa Rose.

Downtown Disney also now has two Starbucks, giving credence to the ole joke about one on every street-corner. In this case, there’s one near the entrance to the Grand Californian, and one near the entrance to Disneyland Hotel. This is definitely convenient for guests of those hotels, and we’d highly recommend they go to Starbucks over drinking the coffee served at the hotels.

When it comes to dining, that’s about all we recommend. If you are considering Downtown Disney because you don’t have a park ticket, you could just as easily consider eating at one of the Disney hotels. In that regard, both the Grand Californian and Disneyland Hotel have dining options that we prefer to most of what’s offered in Downtown Disney. 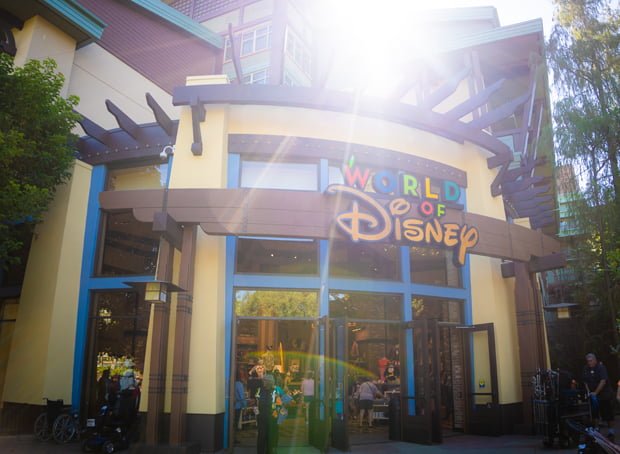 Downtown Disney features a mix of Disney and third party retail. Nowadays, that mix skews much more towards Disney, as many of the third party stores have closed in the last few years. Aside from the LEGO store, the ones that remain don’t interest me in the slightest.

If you can’t get your fill of Disney shopping in the parks, there are a few stores in Downtown Disney that might scratch your itch. Here’s a current list of noteworthy stores: 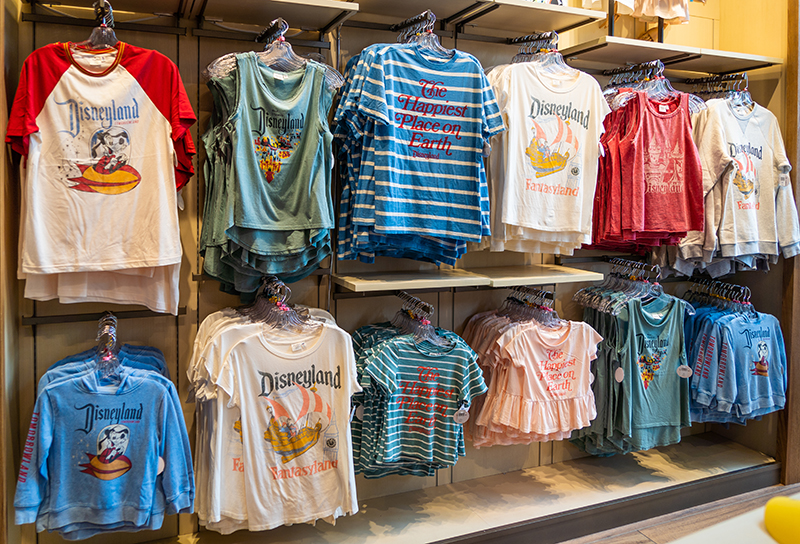 If you are in need of travel accessories, I would recommend skipping Downtown Disney and instead heading out of the parks the other direction, towards Harbor Boulevard. From there, walk towards Katella Ave. On the corner of Harbor and Katella, you’ll find large, new Walgreen’s and CVS stores that border on being mini-Targets (there is also an actual Target if you keep walking, but it’s like a mile farther and isn’t that nice). We highly recommend both the CVS and Walgreen’s. 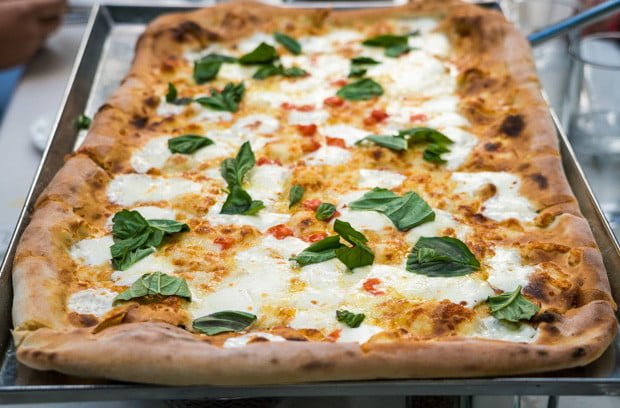 Our take on Downtown Disney is that it’s a place to go after both parks have closed if you’re not ready to go to bed, or a place to have dinner or drinks outside of Disneyland and Disney California Adventure. Downtown Disney is a nice ‘change of pace’ option, not an ‘entertainment destination’ that needs time budgeted to it before your trip.

It’s starting to gain some worthwhile dining and retail, but still needs a few more options to rival other nearby outdoor malls in Southern California. The good news is that Downtown Disney at Disneyland is currently in the midst of a multi-year re-imagining that has already added several additions listed in this post, and those have helped dramatically alter the vibe of Downtown Disney.

The bad news is that a more comprehensive plan to add a new resort with first-floor retail and dining near on the Disneyland Hotel side of Downtown Disney was canceled last year. Prior to that being canceled, ESPN Club and Rainforest Cafe permanently closed. We’re still holding out hope that a new hotel concept will be built, but for now, that end of Downtown Disney could use some help.

In the meantime, we like Downtown Disney as a nice change of pace for places to eat during or after a day at Disneyland. There’s some great food, snacks, and fun things to do in Downtown Disney that simply did not exist a few years ago. The options here are now starting to rival out-of-park options in the Disneyland Resort hotels–but Downtown Disney still has some work to do if it wants to ‘compete’ with the likes of Trader Sam’s, Napa Rose, and Steakhouse 55.

Do you agree or disagree with our take on Disneyland’s Downtown Disney? Any shopping or dining recommendations? Questions about where to eat or anything else? Hearing feedback about your experiences is both interesting to us and helpful to other readers, so please share your thoughts or questions below in the comments!