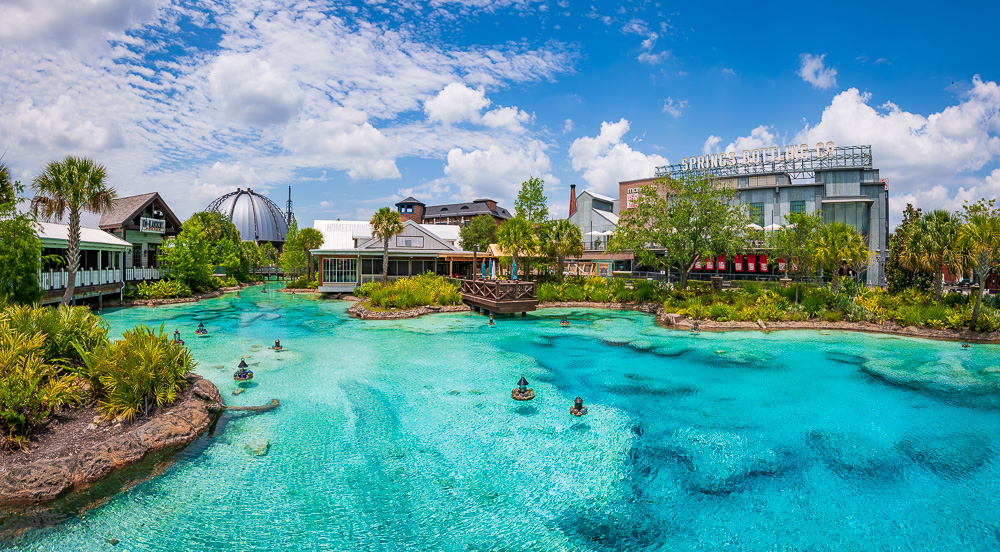 Disney Springs (previously Downtown Disney) is the shopping and dining district at Walt Disney World. This post covers some of our tips for visiting, where to eat, and what to do. New locations have opened like NBA Experience, Edison, Homecomin, Morimoto Asia, so we’ve updated this post with the latest info. (Updated May 25, 2020.)

For starters, Disney Springs has partially reopened following a two-month closure. Here are photos and videos of what you can expect to encounter in terms of health screening & safety requirements. Here’s a list of restaurants & retail currently open at Disney Springs (and that will open between now and early June 2020).

The bad news is that Walt Disney World’s theme parks remain closed, and even to visit the shopping & dining district, you’ll have to adhere to the above-mentioned protocol. The good news is that Disney Springs has not been particularly busy since reopening–not even over the holiday weekend–so you can do dinner and some shopping with minimal safety concerns. Here are our recommendations and general guide to Disney Springs…

Following Disney Springs’ rejuvenation a couple of years ago, we’ve become big fans and frequent visitors. Now that we are Orlando-area locals, Disney Springs is our closest mall–we do dinner and a movie, plus brunch and a matinee on a weekly basis (having AMC A-List means we go to the movies a lot!).

Even though it serves the purpose of “local mall” for us, that’s really selling Disney Springs short. It’s significantly nicer than other malls in Central Florida, and is more an upscale complex you’d find in Southern California. Southern California outdoor shopping complex. The creative team for Disney Springs clearly visited The Americana (in Glendale) and The Grove (in Los Angeles), which is unsurprising given that Walt Disney Imagineering’s headquarters is only a few miles away from the former. 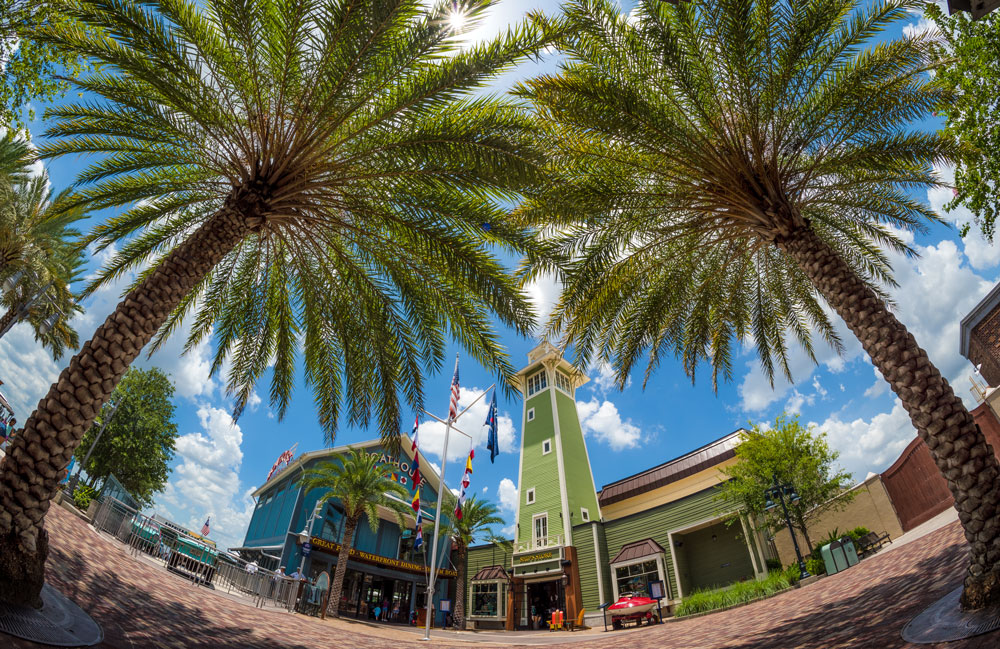 While Disney Springs has improved across the board, it’s the atmosphere and food that are the big draw. Even prior to living in Florida, we made a point of visiting Disney Springs for two meals per trip. We now seldom visit Disney Springs to shop (like everyone else in the area, we do our shopping at Disney Character Warehouse for deeply-discounted merchandise), but still often to eat. 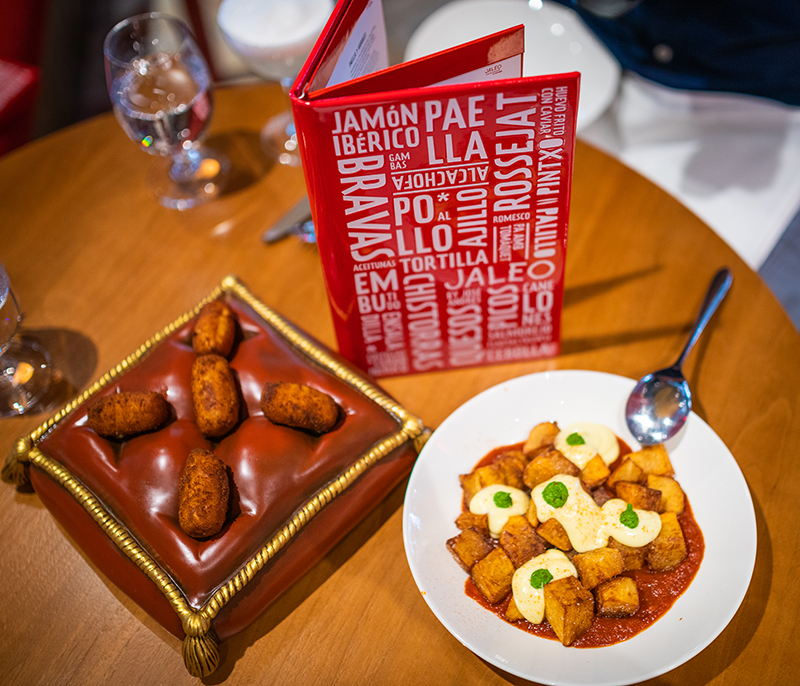 In case you haven’t visited Walt Disney World in the last couple of years, we’ll quickly recap all of the changes. The major recent changes was the debut of NBA Experience in the former home of DisneyQuest. This area on the West Side of Disney Springs is where most changes are currently occurring.

The AMC is in the midst of a refurbishment, CityWorks just opened, Beatrix is under construction, and Cirque du Soleil’s new Disney Drawn to Life show will soon debut. Last year, Jaleo opened and Bongos Cuban Cafe closed. Other less significant changes have likewise occurred on the West Side, with more on the horizon. (It’s still the area that needs the most work.)

Prior to that, the significant expansion to Disney Springs called Town Center debuted. This included area includes Sprinkles, Homecoming, UNIQLO, and dozens of other shops & restaurants. Additionally, the large waterfront complex housing the Edison, Maria & Enzo’s, and two other restaurants by Patina opened. Over on the Marketplace side, work has finished on the World of Disney reimagining. 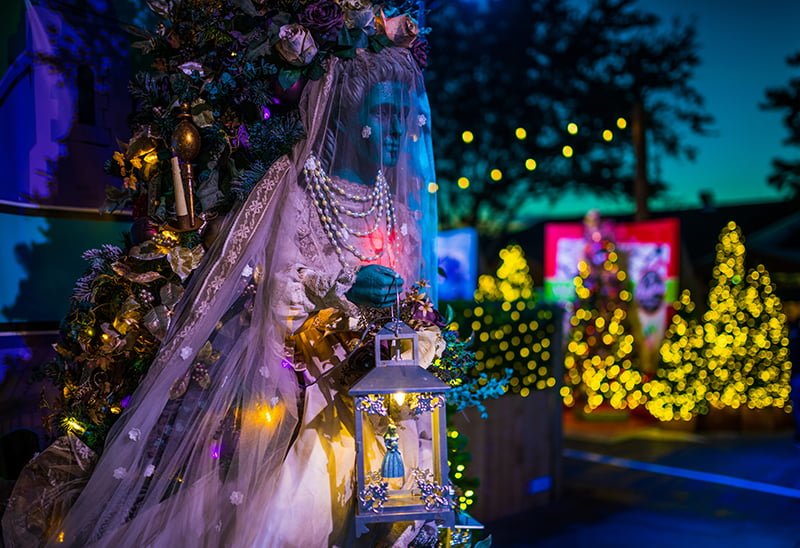 If you’re visiting for Christmas, there’s more good news! Disney Springs will once again be adding an extensive overlay for the Christmas season. While a lot of this was hit or miss last year, we’re hopeful that things will be smoothed out in Disney Springs’ second year of big Christmas celebrations. For more information on Disney Springs (and elsewhere) this holiday season, read our Ultimate Guide to Christmas at Walt Disney World.

Suffice to say, the construction has made a night and day difference at Disney Springs. We enjoy it now much more than we enjoyed Downtown Disney post-Pleasure Island closing. It no longer feels disjointed and dated, and instead feels like a Disney ‘community’ of sorts, with some unique and worthwhile draws. It’s much more than Disney’s take on an outdoor shopping center.

With that said, here are our tips regarding Disney Springs, and you can expect these to change as Disney Springs continues to take shape… 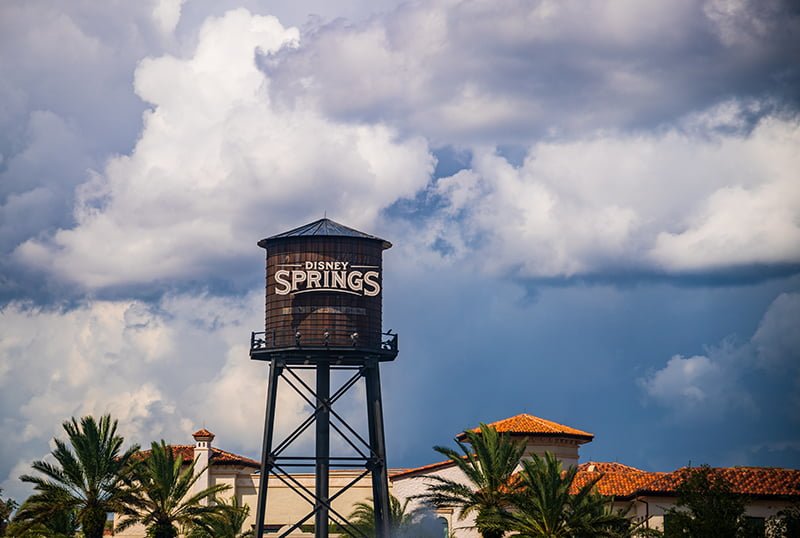 If you’re going to Disney Springs, it’s probably for shopping or dining, or maybe to get a ‘dose of Disney’ on a day you’re not going to the theme parks, or to dine at one of the restaurants there. Here are some things to know before you go.

We recommend planning for more transportation time than you think you’ll need to get to and from Disney Springs. Regardless of whether you’re driving yourself or taking Disney transportation, getting there will probably take more time than you expect.

With that said, if you’re used to the headaches of transportation, those are a thing of the past. New entrance roads, pedestrian bridges, boat transportation, parking garages, and drop-off zones have made getting to and navigating Disney Springs far more convenient. 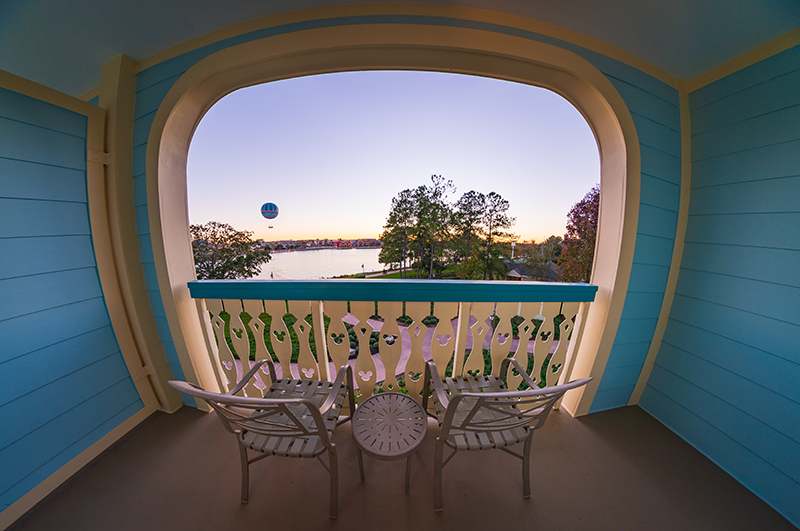 Still, if you’re staying in a Walt Disney World resort hotel, you might consider just taking the bus. The ultimate advantage is staying at Saratoga Springs Resort and walking over. In fact, our opinion of Saratoga Springs has been elevated considerably by the improvements at Disney Springs–we now like staying in Congress Park and walking over to Disney Springs for a nightcap or dessert after getting back from the parks.

You can also take a boat to Disney Springs if you’re staying at Saratoga Springs, Old Key West, or Port Orleans French Quarter or Riverside. It’s a lovely float down the Sassagoula River–you might consider going from Disney Springs to those resorts even if you’re not staying at them on your non-parks days.

To really avoid the crowds, you can visit Disney Springs first thing in the morning when it’s least crowded. However, there’s more free entertainment and the overall ambiance at Disney Springs is better once the sun goes down, and the atmosphere in general is considerably better, so take that into consideration before opting to go early. 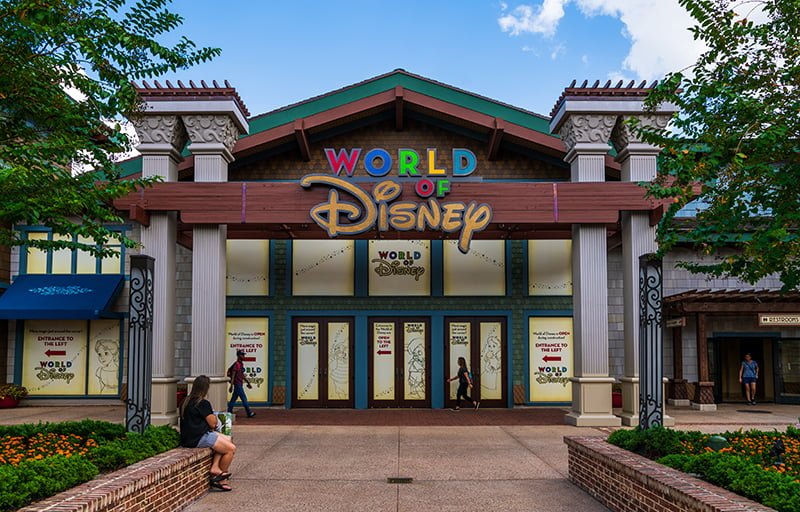 There are a few different “sections” to Disney Springs. The Marketplace is the main shopping area (and by far the most popular section) with stores like World of Disney and The LEGO Store. The Landing is adjacent to that on the waterfront, and features a high concentration of great restaurants and nightlife district.

On the “inland” side of that is Town Center, which is where most of the non-Disney shopping is located. The West Side is on the far side of Disney Springs, and is where more of the third party entertainment and dining options are located.

Downtown Disney was, essentially, laid out in a linear pathway along the waterfront. This made for some long walks if you wanted to get from, say, Once Upon A Toy to the Disney Springs AMC Theater. The awkward layout is another thing Disney Springs seeks to address, with more bridges and “shortcuts” between locations. 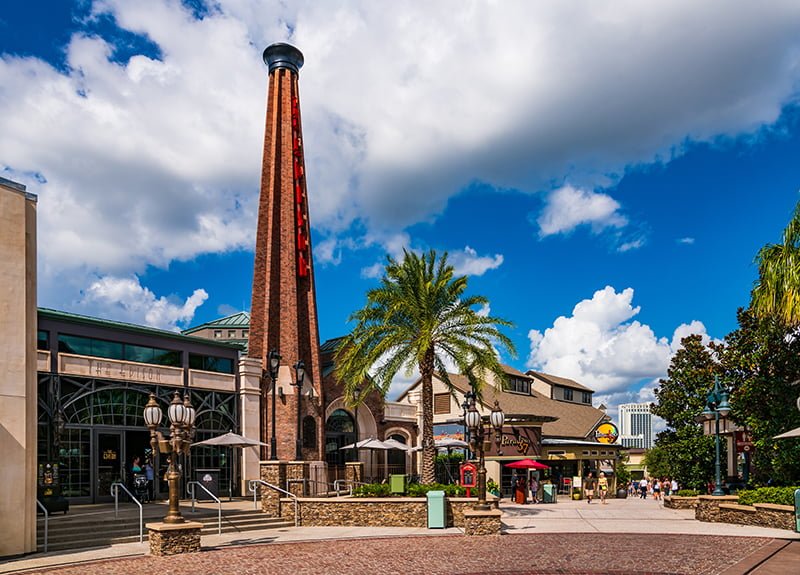 Shopping is a big draw for the Marketplace area of Disney Springs, where the insanely large World of Disney store dominates this area. Don’t get separated from your group in this store, or you’ll probably never see them again. While the large selection in World of Disney is nice, I can’t say I’ve ever found anything in there that I wanted that I couldn’t find anywhere else. Since it’s way larger than any other store on property, it must have things other stores don’t. It is definitely a good one-stop-shop.

Personally, I prefer the nearby Art of Disney and Disney’s Days of Christmas. There are Art of Disney stores in the parks (and a Christmas shop in the Magic Kingdom), but these locations are larger and offer more variety, and it’s of niches of merchandise that I really like. There are other focused stores throughout the Marketplace, which will appeal to different guests. I prefer these focused stores. Maybe it’s just me, but I find World of Disney a bit overwhelming. 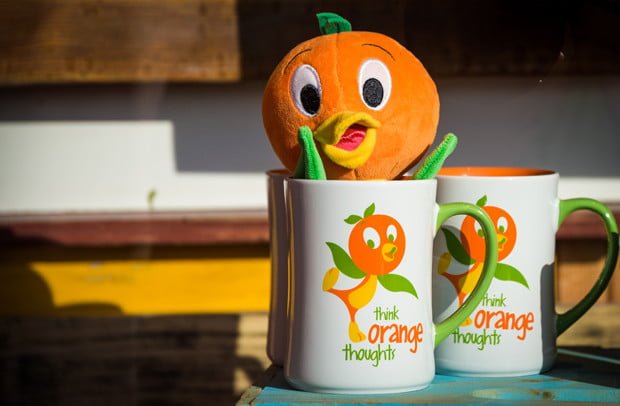 One place that is really awesome is the Marketplace Co-Op, which features boutique stores and test products. I have made several visits (some might say too many) to the Marketplace Co-Op, and it took incredible restraint for me to not buy anything. I could’ve easily spent hundreds of dollars there, and I’m not normally into merchandise.

The stuff here has great designs, with a lot of retro influences and nods to classic attractions. From home goods to really cool signage, there are some inventive and (what I’d call) inspired designs here. This isn’t your ‘boring-design Fab Five with the year shirt’ type of stuff that dominates too many gift shops at Walt Disney World. 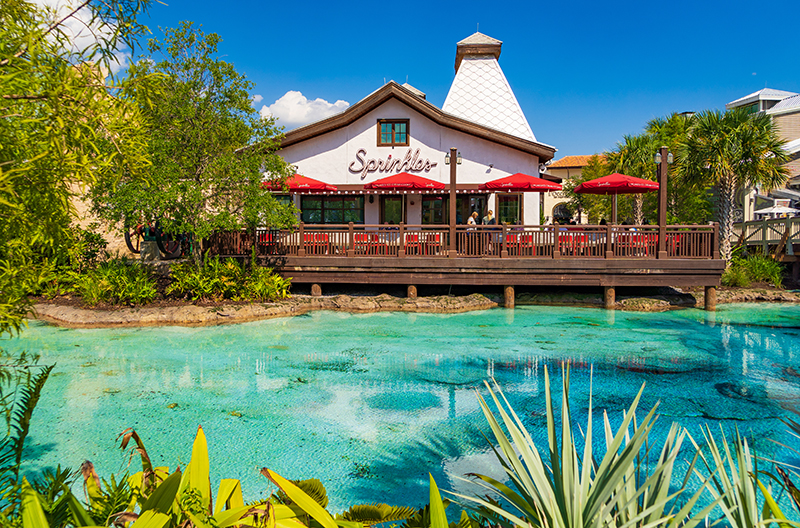 We’ve eaten at several restaurants in Disney Springs over the years, and have found them to be of varying degrees of quality. Prior to the big expansion project, many restaurants were not good, and the only reliable spot for a consistently good meal was Raglan Road.

While that’s still a great option, the Boathouse, Homecoming, Morimoto Asia, and several other restaurants have revitalized Disney Springs’ dining scene. It’s now better than any of the theme parks, and also offers better value for money, as most of these are third party restaurants that also have to compete with off-property “real world” restaurants for the business of locals with cars. 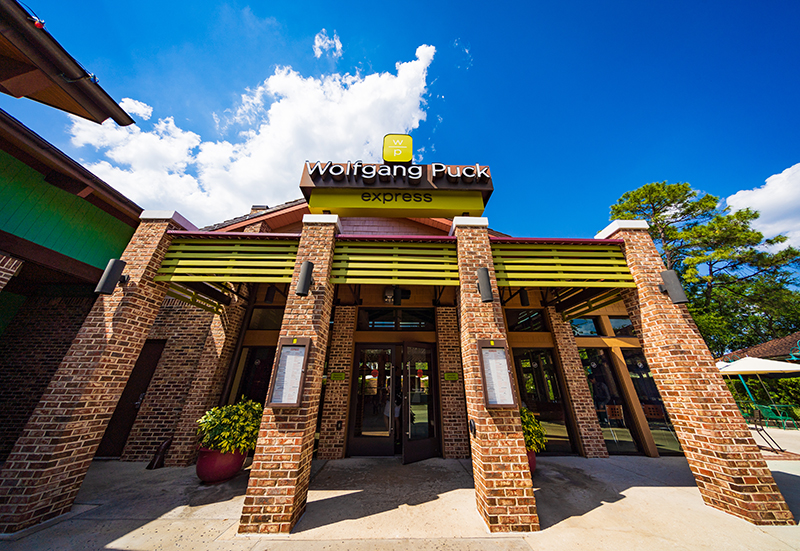 Counter service is not quite as strong at Disney Springs, but there are some good options. Earl of Sandwich is pretty hyped-up among fans, and while we don’t think it quite lives up to all of that hype, it is good and (by Disney standards) inexpensive. We’re bigger fans of Wolfgang Puck Express, D-Luxe Burger, Pizza Ponte, and even Blaze Pizza.

We also love snacking at Disney Springs. The desserts at Wolfgang Puck Express are under the radar gems, AristoCrepes offers delicious options, and don’t even get us started on Amorette’s Patisserie. You can also find a number of savory options, including Daily Poutine and the sides at Polite Pig. That just barely scratches the surface!

Ultimately, there’s really too much great dining to cover in this section. As mentioned at the top of this post, you really should refer to our Best Disney Springs Table Services Restaurants and Best & Worst Disney Springs Counter Service Restaurants lists before booking your Advance Dining Reservations. 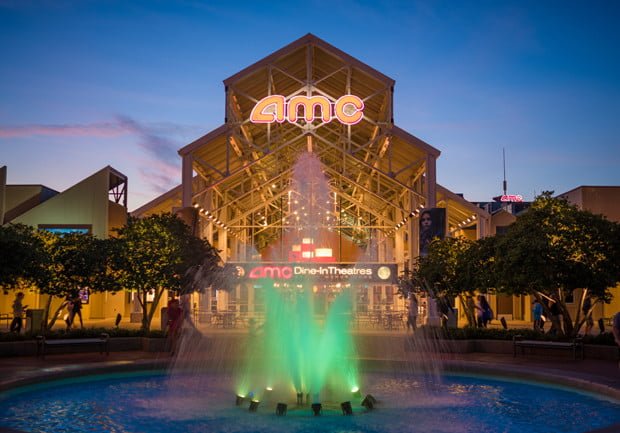 Overall, Disney Springs can be a fun place to visit if you’re into shopping, dining, and other entertainment. For a while, after the Adventurers Club closed, we avoided Downtown Disney. The new-look, Disney Springs has totally won us over, and this is even as some minor work remains ongoing. With a new look plus a ton of great new shops and restaurants, Disney Springs has been revitalized.

It’s now an enjoyable place to visit thanks to a unified thematic experience and a layout that makes going from one side of the area to the other. Even though major construction at Disney Springs is now finished, Disney Springs continues to change and evolve. Thanks to that, Disney Springs will continue to feel fresh and new for at least each of the next several years, with more dining options coming on a fairly regularly basis.

Are you a fan of Disney Springs? What do you recommend doing there? Any favorite Disney Springs restaurants? Must-do shopping or entertainment you enjoy at Disney Springs? Do you agree or disagree with our advice? Any questions we can help you answer? Hearing your feedback–even when you disagree with us–is both interesting to us and helpful to other readers, so please share your thoughts below in the comments!