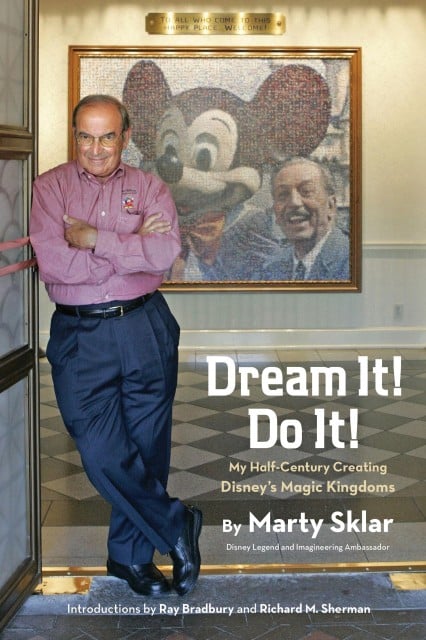 Dream It! Do It! My Half Century Creating Disney’s Magic Kingdoms is Walt Disney Imagineer Marty Sklar’s autobiography detailing his 50-some years working with Walt Disney, and being a part of every single Disney theme park that opened after Disneyland. His resume alone should make buying this book a no-brainer for most Disney fans, but this review will take a look at the book anyway just to see how Sklar did in telling his tales.

Right from the Introductions, one pulled from a 1991 piece by Ray Bradbury and another loving one from Richard Sherman containing an ode to Marty Sklar set to the tune of “Supercalifragilisticexpialidocious,” the reader knows they’re going to be in for a fun ride. Mr. Sklar’s book delivers on those expectations, and with each post-Walt chapter, the title becomes more engrossing.

Dream It! Do It! doesn’t start out this engrossing. The writing in the first 50 or so pages is a bit uneven. It’s interesting reading about Mr. Sklar’s upbringing and early years with Disney, and even the little anecdotes like his parents’ affinity for contests helps inform the reader more about what makes Marty tick. However, the topics bounce around, some without any resolution or explanation as to why they’re included.

The issue partly seems to stem from Mr. Sklar’s juggling act of telling stories about both himself and Walt Disney in the early pages of the book. Obviously Walt Disney is going to bear some mentions in any autobiography from those with whom he worked, but some of Mr. Sklar’s anecdotes about Walt would seem more at home in a Walt Disney biography. I understand that the general public is probably much more interested in Walt Disney than Marty Sklar so this might help it sell, but Marty Sklar is very interesting man, too, as the subsequent chapters of the book demonstrate.

The Walt anecdotes are fun, to be sure, and they are frank. Walt’s anger over Henry Ford’s reaction to a pitch, among other stories, are presented without an attempt at carefully cultivating a certain image of Walt Disney. Authors of biographies on Disney artists Rolly Crump and Ward Kimball have elected to release their titles outside of The Walt Disney Company’s publishing arm to preclude Disney from having editorial control. Marty Sklar’s book is published by Disney Editions, and he seemed to hold nothing back.

There are certain details about Walt the man, Imagineering, and the Company that I wouldn’t expect to find in Disney’s “official” version of its history. Mr. Sklar’s dislike of Dick Nunis is quite clear, and he makes no effort to sugarcoat that or his opinions of Paul Pressler or Peter Rummell. He also doesn’t hide his fondness for Dick Cook, Jeffrey Katzenberg, and Matt Ouimet, all of whom have been fired from or forced out of The Walt Disney Company. There’s certainly nothing scandalous or offensive in the book–just the types of stories that show Walt and the people who have run The Walt Disney Company as real people, instead of painting them as the “Patron Saints of Magic & Dreams.” 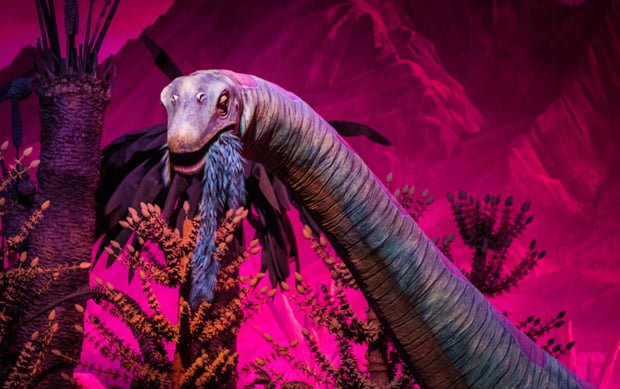 Once Mr. Sklar’s career with Disney starts to take off, the book does as well, and here is where the author really finds his groove. His early days at Disneyland begin this portion of the book, and while his Disneyland days are intriguing, it’s the chapter on the New York World’s Fair that really grabbed my attention.

From that point on, I couldn’t put Dream It! Do It! down. The chapters on the initial design and construction of Walt Disney World and EPCOT Center are equally interesting, and I recognized a few of the stories in these sections from panels Mr. Sklar has done at various D23 events over the years. It’s great to see these finally memorialized in writing for a wider audience to enjoy, because some of these stories are great.

From there, Mr. Sklar transitions to the international parks. Of particular interest to me was the chapter on Tokyo Disneyland. As Mr. Sklar points out, not much has been written on how this park came to fruition. While I would have loved for him to devote the remainder of the title to this one resort (spoiler alert: he didn’t), I did appreciate the chapter on it, which is more than I’ve been able to find elsewhere. Much more has been written on the tumultuous construction of EuroDisney, but Mr. Sklar still manages to bring something new to the table there, and speculates as to why the resort has had so many growing pains during its existence. 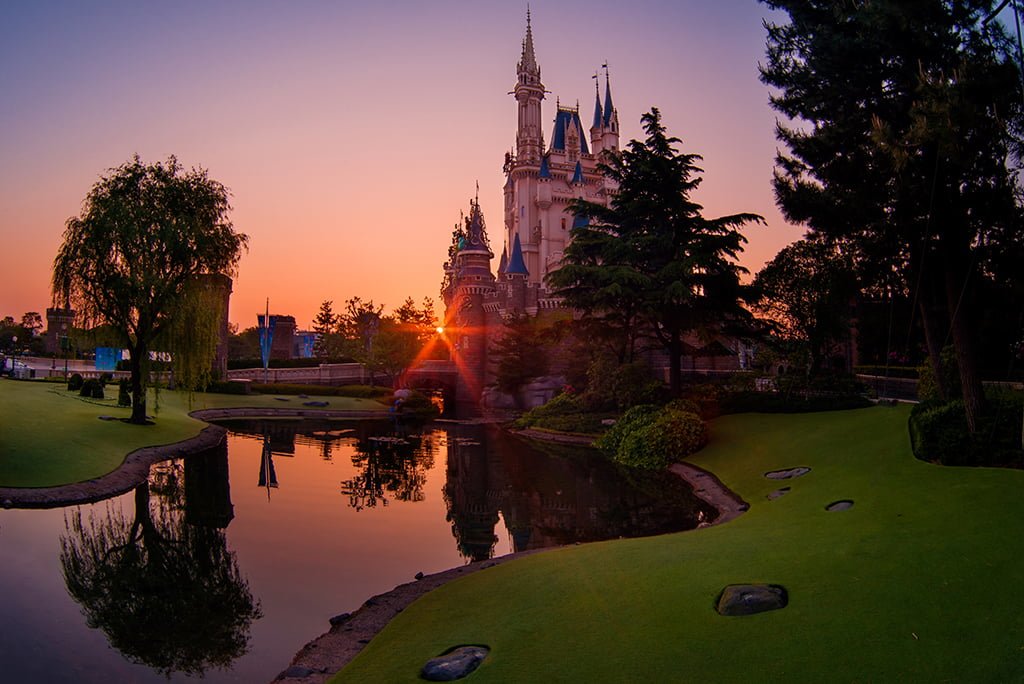 His look back at the Eisner years are equally interesting, and it’s here where he delves a bit into some of the dysfunctional relationships and power struggles that occurred during those years. It’s interesting to read his relatively balanced view on Eisner, who he seems to simultaneously admire and resent. Anyone who has read DisneyWar will want to purchase Mr. Sklar’s book for these chapters alone, as these chapters felt a bit like an alternate angle on DisneyWar, written from the perspective of someone who “had a seat at the table” during those years.

Aside from the pacing and segues of the beginning of the book, my only other complaint about the book is that I think there were too many quotes. These weren’t really to the detriment of the book’s pacing or storytelling, but there were a few instances when Mr. Sklar began telling a story that involved colleagues who have already written their autobiographies, and he just punted the storytelling duties to long quotes from their version of the story.

Why not tell his version of the story or expand upon what has been told by others? To be fair, in just as many cases Mr. Sklar wisely used quotes to fill gaps in stories worth telling but that he might not have been able to fully tell himself (such as with the Tokyo story and Frank Stanek). Which is which is probably a judgment call better left to the author than a Monday Morning QB, such as me. In any case, these complaints are minor at the end of the day.

Overall, this is definitely a title that every Disney fan should take the time to read. Its perspective on the Disney theme parks from conception to present is unique among the theme park canon, and his anecdotes make the book a page turner. Autobiographies are only as interesting as their subjects. Fortunately, Marty Sklar is a very interesting man.

His story isn’t just interesting because he’s the only Disney Cast Member to have been involved with each Disney theme park opening prior to Shanghai Disneyland (here’s hoping he has a role in that, too), but because he’s an engaging, opinionated, and sometimes mischievous man. That shines through in Dream It! Do It!. It’s actually almost a bit unfortunate that he has had so many interesting experiences, as it means that he can’t devote significant time to each of the parks he helped bring to life.

Are you looking forward to reading Dream It! Do It! My Half Century Creating Disney’s Magic Kingdoms? Have you ordered your copy? If you’ve already read the book, do you agree or disagree with this review? Any questions? We love hearing from readers, so please share any other thoughts or questions you have in the comments below!

18 Responses to “Dream It! Do It! Marty Sklar Book Review”