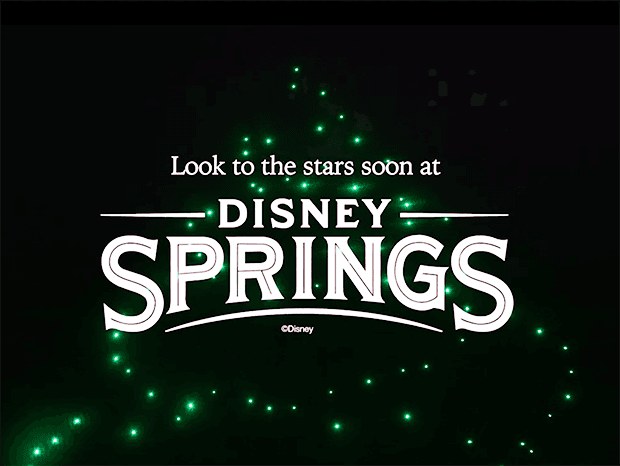 Last week, Disney received approval from the FAA to use drones in its airspace. Today, Disney Springs posted a cryptic video (see below) of what appears to be drones forming a floating Christmas tree. Whatever they are, Walt Disney World has indicated they will appear in a holiday night show over the water for the 2016 Christmas season.

For those who didn’t hear the news last week, on November 1, 2016, the Federal Aviation Administration granted Walt Disney Parks & Resorts a waiver to use “small unmanned aircraft system (sUAS) operations” within its restricted airspaces. These sUAS are drones, and Disney has dubbed the technology Flixels (per a 2014 patent filing), which it has planned to use in nighttime shows.

The no-fly zones above Walt Disney World and Disneyland were both obtained in 2003 at the request of Disney as the U.S. prepared to go to war with Iraq. Somewhat ironically, in order to fly the Flixels drones for nighttime shows as Disney wanted, it had to go back to the FAA to get a waiver on its 2003 request.

Given that the no-fly zone was at Disney’s behest and since the use of small drones would “not interrupt national airspace activity” it seemed like a foregone conclusion that Disney would receive the waiver. They did. (You can read the details here.) The only question was how and where Disney would use this Flixels technology.

Based on the prior application, it was known that their flight paths would be 100 feet away from guest areas at all times, and that they would primarily fly over water and restricted areas, maxing out at 150 feet above the ground.

Given the constraints, my speculation was that the first use would be as a replacement/enhancement for IllumiNations at Epcot. Well, now we know that is not the plan. Take a look…

Assuming this is, in fact, a use of Flixels (and even with only that limited glimpse, it seems at least 95% certain that is the case), it now appears that they will debut at Disney Springs.

I’m a bit surprised to see the technology–which is sure to wow guests–debut outside of the parks. Disney Springs has already announced a number of entertainment this Christmas, including the Christmas Tree Trail, and having something that will be a really big draw seems like it has the potential to be counter-productive.

Drawing in a ton of guests who are there to view free entertainment and not to shop or dine leads to congestion, and is counter-productive for businesses hoping to see a holiday spike in business. More foot traffic is good to a point, but not to the point where it leads to congestion. If the area is too busy, that dissuades guests who are otherwise inclined to make purchases to stick around.

Given that, I’m wondering just how extravagant whatever is planned for Disney Springs will be. My initial guess is that this will be a quick, 1-2 minute show. Perhaps it’s a chance for Imagineers to test drive this technology without putting it in front of paying guests whose expectations might be higher? Maybe it’s a proof of concept show?

I think that probably makes the most sense. If Disney was able to get something with Flixels up and running quickly, but is not close to a feature length show, why not further refine the concept (so long as it’s safe and reliable) somewhere like Disney Springs as a quick, “bonus” show?

That makes sense from an “under-promise, over-deliver” perspective, and might be a good lesson learned from Jungle Book: Alive with Magic. The bungling of that was a case study in how a quickly thrown-together show with dining packages, FastPass+, and high expectations might not be the best idea…

Walt Disney World is likely to release more info on this new Christmas show at Disney Springs in the very near future, so stay tuned. We’ll update as they do…

What do you think of this use of drones? Are you excited to see the technology in use at Disney Springs? Would you like to see it utilized in a feature length show? If so, where? Any other thoughts or speculation? Share in the comments!

6 Responses to “Drones at Disney Springs for Christmas?!”