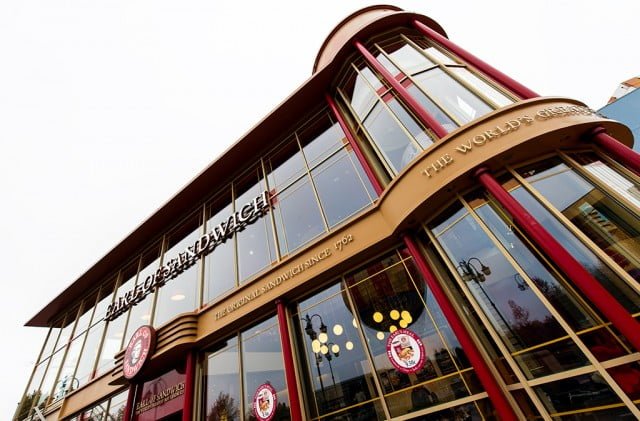 Earl of Sandwich is a sandwich shop in Disney Springs at Walt Disney World as well as in Disneyland and Disneyland Paris. There are also a few other locations, mostly at airports, around the United States. The restaurant has developed a cult following among Disney fans, particularly for its inventive “Holiday Turkey Sandwich,” which is basically like a mash-up of Thanksgiving dinner in a sandwich.

Each of the Earl of Sandwich locations are unique, but they share the same common backstory. It’s an interesting story that combines true historical figures (yes, there really were Earls of Sandwich) like John Montagu, the supposed inventor of the sandwich in 1762, with a bit of fiction–or perhaps just a bit of truth-stretching–about the history of the sandwich. It is true that Earl of Sandwich’s founder is a descendent of John Montagu, but it’s unclear how many other parts of the story are true.

Regardless of what’s true and what’s imagined, it’s nice in that it makes Earl of Sandwich more than just a generic sandwich shop. The paintings of the various Earls of Sandwich, antique books, and things like the “Sandwich Charter” all on the walls give the various locations their own unique wrinkles. 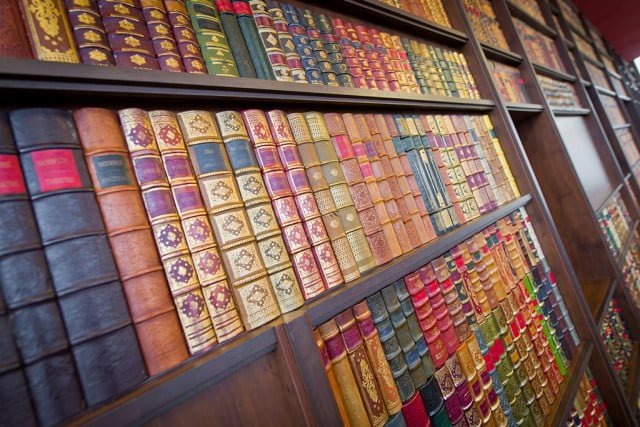 If you’ve never been to Earl of Sandwich, it’s very similar to Potbelly Sandwich Shop. This is true both in terms of somewhat ‘smart’ decor of the restaurants (Potbelly definitely wins in this regard as there’s more to its eclectic style) and the sandwiches (Earl of Sandwich wins in this regard as they’re larger and generally tastier). Still, they’re pretty comparable.

Disney fans may not like to hear that, thinking Earl of Sandwich is some sort of magical creation. It’s not. 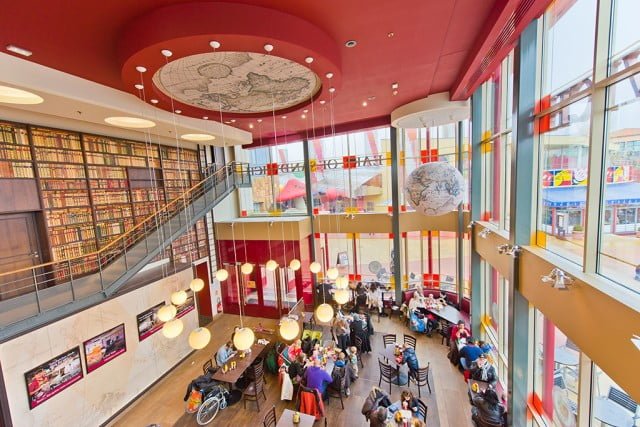 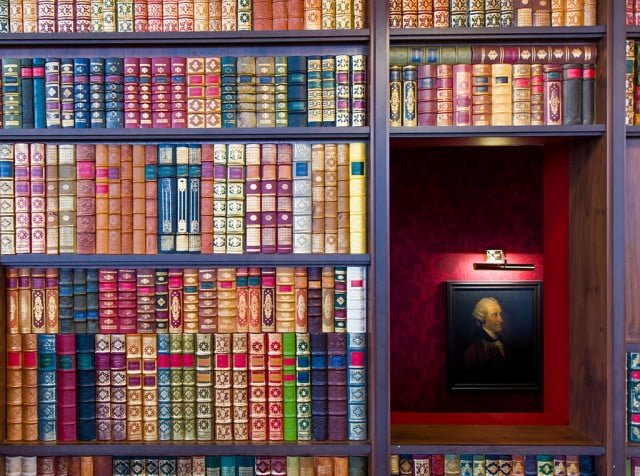 Each of these locations are sizable, but different, and each are incredibly popular. Disneyland Paris’ is probably the largest, with a smaller footprint but a two-story seating area. Disneyland in California is the newest location, having opened just a couple of years ago. Walt Disney World’s sees the most traffic and is the original Earl of Sandwich location, having opened in 2004. The restaurant has exploded in popularity since, and already has 25+ locations in the United States and one in Paris. 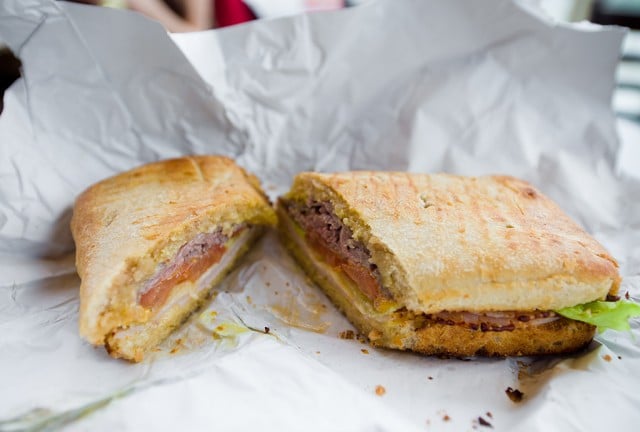 Most of the time, you receive a buzzer after you pay, because the line to pay moves much faster than the sandwich line. Even if the line at Earl of Sandwich is long, you won’t wait that long to order and pay–you might wait ~5-10 minutes (at most) for your sandwich after you pay, though. 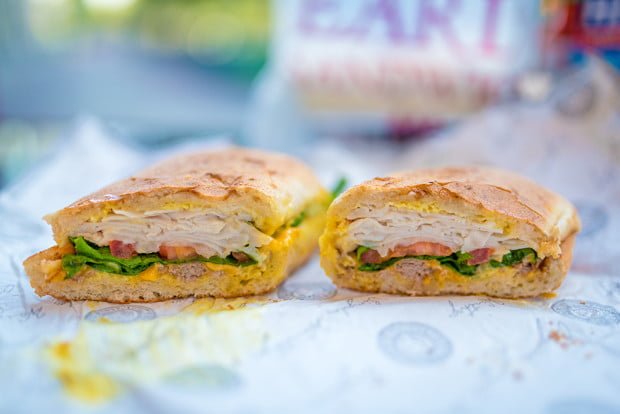 Earl of Sandwich has many ‘standard’ sandwich shop options, such as an Italian and a BLT, but many of these sandwiches have their own unique twist at Earl of Sandwich. My favorite sandwich is The Earl’s Club, but you also can’t go wrong with The Original 1762 (I believe that’s what’s pictured above–since every sandwich at Earl of Sandwich basically looks like a ‘sandwich brick,’ I typically don’t photograph my food here), the Italian, or The Full Montagu. The only sandwich I haven’t really liked at Earl of Sandwich is the Best BLT. That might just be a personal preference thing. My bacon was too crunchy, which is probably an unavoidable result with the toasting process.

While the bread is always fresh, the meats are always flavorful, and the sauces seem to tie things together perfectly, Earl of Sandwich is not the end-all, be-all of sandwich shops. It’s better than most standard chains, including Potbelly (I prefer Penn Station to both, though), but I’m not sure by how much. It’s a really good sandwich, and a great place to go in Disney Springs if you’re on a budget, but we definitely would not make a special trip for it. At least, not at Walt Disney World where Disney Springs requires a special trip and a lot of time. If you’re in Disneyland Paris or Disneyland, it’s a short walk and makes a lot more sense. 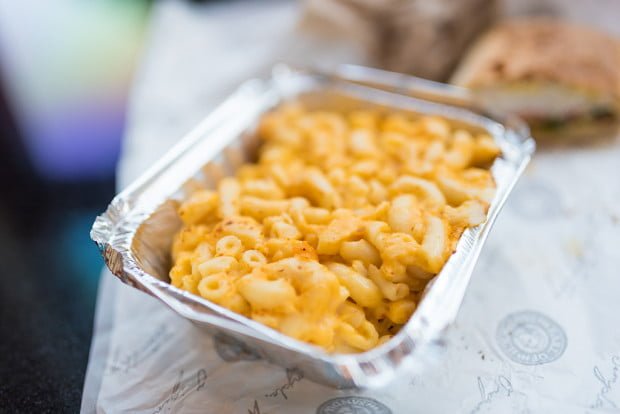 I recently tried the mac & cheese at the Disneyland (Anaheim) Earl of Sandwich, and it was exceptional. Like, really, really good. Reasonably priced, too. My total for this and a sandwich was less than an average counter service meal at Disneyland, and I left full.

Overall, Earl of Sandwich is a great spot for what it is. With that said, “what it is” is a fast food sandwich shop chain, and given that we can’t quite understand the cult following Earl of Sandwich has developed, with it being a must-do for many guests whenever they visit Walt Disney World. While it is a great value, we do not believe it’s the best counter service restaurant at Walt Disney World’s Disney Springs (it’s a comparatively better option in Paris and California, where the competition isn’t as good). Still, it’s tough to criticize Earl of Sandwich, which does offer large portions of delicious sandwiches at a reasonable price. It is a bit overrated, but “overratedness” isn’t a good reason to penalize a restaurant when reviewing it. Have you eaten at any Earl of Sandwich location? What did you think of the sandwiches? Do you have a favorite sandwich at Earl of Sandwich? If you have any questions or thoughts to share, please post them in the comments. We love hearing from readers!

232 Responses to “Earl of Sandwich Review”