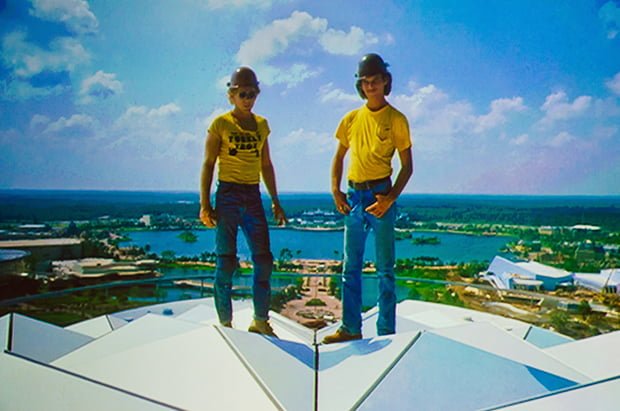 EPCOT (which stands for Experimental Prototype Community of Tomorrow) was a personal vision of Walt Disney, one of his last great ambitions. It was to be an actual city where people would work, live, and play. The city would highlight the best of urban planning and new technologies, and was to be the highlight of the “Florida Project” (which came to be Walt Disney World). In fact, Walt only intended to build a Disneyland (which came to be the Magic Kingdom) in Florida to help finance EPCOT.

After Walt Disney’s death, the company he founded opted against building a city. Without Walt’s creative vision, the leaders of the company felt it too uncertain of a project. However, many of the principles and ideals of EPCOT did guide the creation and layout of Walt Disney World, particularly in terms of the transportation network, and the creation of the Reedy Creek Improvement District and Lake Buena Vista, both entities effectively controlled by The Walt Disney Company.

In terms of the park itself, while many Disney fans consider it one of the most ambitious and greatest creative successes of any theme park, EPCOT Center was dramatically different than Walt Disney’s personal vision for EPCOT. The park’s highlighting of emerging technologies and general sense of optimism in Future World drew from the themes of EPCOT. World Showcase would work as a permanent World’s Fair of sorts, which was of particular interest to Walt Disney. So you could say that the theme park that was realized with EPCOT Center was guided by Walt’s vision to at least a degree.

This is an admittedly superficial and reductionist explanation of a topic about which numerous books have been written. The full history is really quite fascinating, and this barely begins to scratch the surface. If you’d like to learn more, I’d suggest reading Walt Disney’s EPCOT: Creating the New World of Tomorrow. Other books to check out include Progress City Primer and Walt and the Promise of Progress City.

This page was originally created in celebration of Epcot’s 30th Anniversary to take a look back at the best of EPCOT Center through some stunning reader-submitted photos. If you missed it, well, maybe we will see you for Walt Disney World’s 50th Anniversary in 2021? 🙂 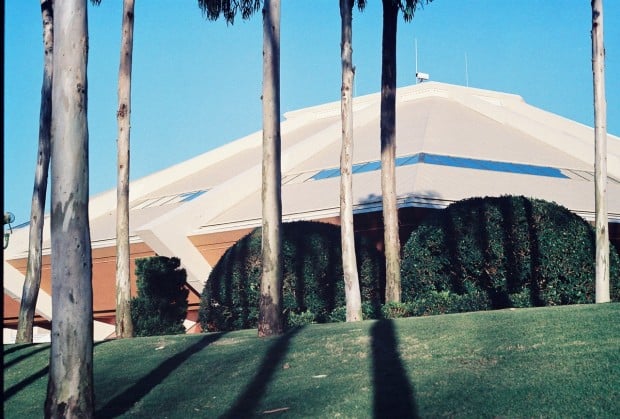 Each of the links below opens dedicated posts to each attraction or pavilion, and those posts contains dozens of vintage photos (in some cases, 100+) along with a history of the pavilion. Definitely check out the specific posts…

World of Motion – An opening day attraction, World of Motion closed in 1996. Its building was shaped like a giant silver wheel (Test Track makes use of this same main building) and it featured an Omnimover attraction wherein the vehicles traveled through an educational, yet comical, look at the evolution of transportation.

Horizons – An optimistic look at the future that shared bloodlines with Walt Disney’s Carousel of Progress, many consider Horizons to be the greatest Walt Disney World attraction of all time. Horizons was an elaborate attraction dedicated to humanity’s future, with the mantra: “If we can dream it, we can do it.” It opened one year after EPCOT Center on October 1, 1983, and closed in 1999 to be replaced by Mission Space. Words don’t do it justice, so make sure you view the photos of the elaborate show scenes in that post.

Spaceship Earth – Another attraction that survives to this day, Spaceship Earth has changed dramatically since opening day, but its themes concerning communication remain (albeit to a lesser degree). In addition to being an attraction, Spaceship Earth is an 18-story geodesic sphere that serves as the main icon for Epcot.

The Land – An opening day EPCOT Center pavilion focused on agriculture, horticulture, food, and human interaction with the earth. While The Land has seen a great amount of changes in the pavilion over the years, it is arguably the pavilion that remains the most true to its opening day message. The Land has always contained two restaurants and three attractions, with Living with the Land still remaining (albeit in modified form) to this day.

Character Photos – Miss Dreamfinder, Figment, Spacesuit Mickey, and other classic EPCOT Center characters? This post contains tons of photos of characters and costumes that used to appear in the park.

EPCOT Ephemera – Over the years, a variety of paper goods have been made for EPCOT. Here’s a look at scans of cool materials given out in the parks. Some really cool stuff in here. 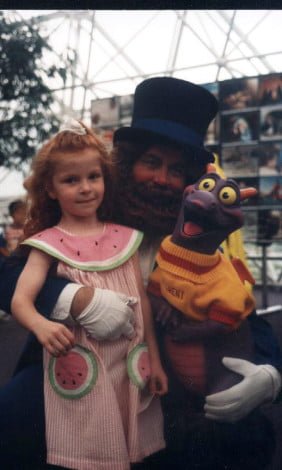 That covers it in terms of our EPCOT Center history…for now at least! If you have photos, home videos, or anything else that we could add to these posts, drop us a line in the comments.

Did you visit during the glory days of EPCOT Center? Which pavilion was your favorite? Have any memories of your own to share? Any questions about the history of EPCOT? Share in the comments below!

7 Responses to “The History of EPCOT Center”