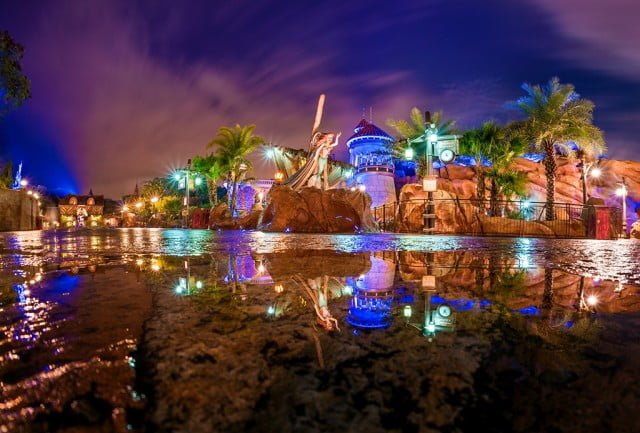 Extra Magic Hours at Walt Disney World are extended park hours available to Disney resort-hotel guests. On certain days of the week, guests can enter a Walt Disney World park one hour before it opens to the general public, or stay in a park two hours later than normal operating hours. This post covers the pros and con of Extra Magic Hours, and how to best take advantage of them if they work in your favor, or whether you should avoid them entirely.

I thought it would be worth addressing Extra Magic Hours (EMH) because there recently have been a few reader questions about them, and because my advice is a bit contrary to what I’ve commonly heard elsewhere. Before we get to that, let’s start with a little background. Extra Magic Hours are available, as mentioned, to all guests of Disney resort-hotels. If you’re staying at a hotel with “Disney’s…” as the first word in the title, you’re eligible. Additionally, there are some “official unofficial” hotels that also receive the perk, and those are: the Swan & Dolphin, Shades of Green, and the Hilton Orlando (in the Downtown Disney area). Guests at any of these hotels are eligible for Extra Magic Hours at no additional cost.

You can see which park has Extra Magic Hours on any given day by looking at the daily Walt Disney World Calendar, so you can plan to be in–or to avoid–parks having Extra Magic Hours while planning your itinerary. Note that not every attraction is open during Extra Magic Hours. There are few options in the morning than the evening, but most headliners are open during both, with the notable exception being Magic Kingdom Morning EMH, where basically just Fantasyland and Tomorrowland are open.

Guests gain entry to the park during Morning Extra Magic Hours an hour before the general public by scanning their MagicBand (which shows the resort identification) or showing a valid room key. Since Evening Extra Magic Hours begin immediately after the end of the normal operating day with no “hard” closure and reopening in between, to gain access to attractions, guests scan MagicBands or show room keys. If you’re the clever type who wants more park time to enjoy the ambiance but you aren’t eligible for Evening Extra Magic Hours, you can just wander around. No one will stop you unless you try to go on an attraction.

Alright, now let’s take a look at some Extra Magic Hours strategy for those who are staying on-site…

Intuitively, it seems like it would make sense to visit a park with Extra Magic Hours each day, right? After all, more hours in the park means more attractions. The standard advice is that this may not be true, as Extra Magic Hours can (hypothetically) draw enough extra guests to a park to negate the benefit of Extra Magic Hours.

My personal observations don’t comport with this. It’s not like I go around counting guests, but I’ve never noticed Extra Magic Hours causing higher crowds. My bet (and this is total speculation) is that Disney schedules Extra Magic Hours as a way to reallocate crowds, putting extra guests in a particular park on a day that wouldn’t normally be so busy. Sort of like how the Free Disney Dining Plan is almost always offered at slower times in late-summer and fall, but never during peak seasons. Like the redistributive impact of Free Dining, I think Extra Magic Hours make slower days in particular parks come more in line with the average, but not exceed the norm. 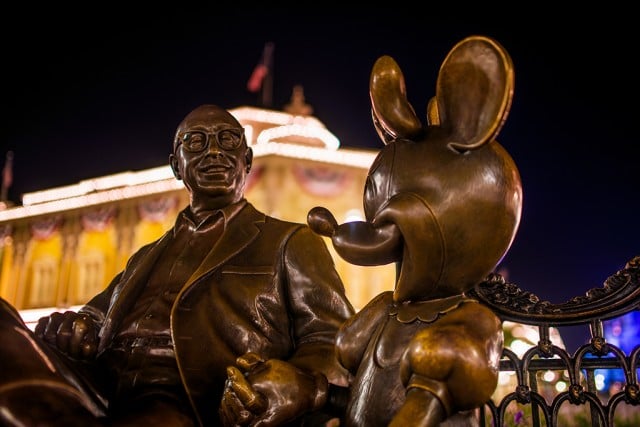 Disney is highly effective at guest flow manipulation, and I simply find it implausible to believe that Extra Magic Hours aren’t at least in part utilized for this purpose. For that reason, this post is mostly the pros of Extra Magic Hours, but I’ll cover (hypothetical) cons, too, plus strategy.

That’s my theory, at least, but I don’t measure attendance or having any special insight into this. I’m merely using deductive reasoning based upon Disney’s other practices and my anecdotal experiences. In case you don’t agree with my theory, for the sake of argument, let’s assume that Extra Magic Hours do cause a spike in attendance to the park offering them on any particular day. 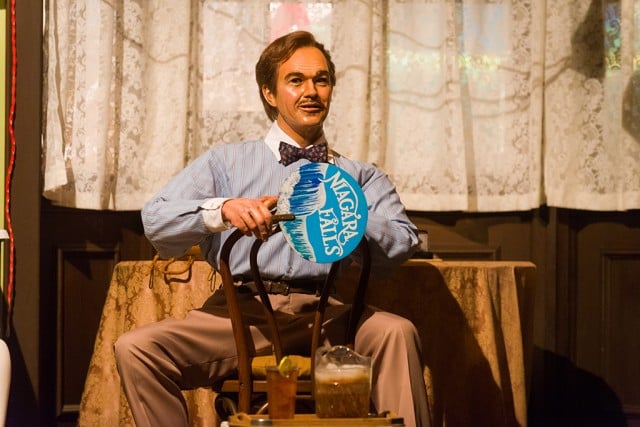 The problem with this thinking is that although attendance may increase across the board, attraction wait times will not. Sure, times might increase at popular attractions, but they will not increase across the board. For example, Country Bear Jamboree, Walt Disney’s Enchanted Tiki Room, PhilharMagic, and many other show-based attractions won’t see any difference in their wait times. In fact, a number of these shows have no wait (aside from waiting for the prior show to finish if you time it poorly) on even the busiest days of the year.

Otherwise, there is no reason to have such an aversion to Extra Magic Hours. Every park at Walt Disney World has a great enough balance between headliners that draw big waits and shows plus other less popular attractions that almost always have minimal waits to make the math work. Even if my theory above about Extra Magic Hours not impacting crowds is totally wrong, the end result is still pretty much the same: going to a park on days with Evening Extra Magic Hours is better than days without. 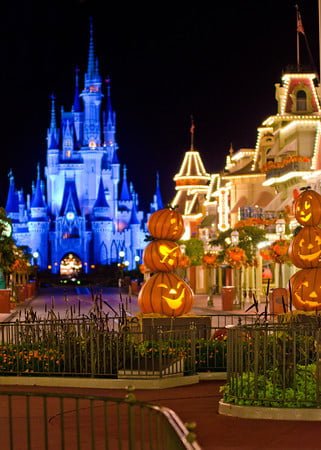 There are some caveats to this. As mentioned above, if you only do headliner, thrill rides, Evening Extra Magic Hours might not be for you. (Then again, Walt Disney World probably isn’t for you in the first place, as it’s not really about the thrill rides.) At the other end of the spectrum, if you’re primarily interested in Fantasyland dark rides and other attractions popular with youngsters, this strategy is a little more questionable. Many of these Fantasyland dark rides can draw fairly significant waits, and those waits are higher across the board on Evening Extra Magic Hour days versus what they are on non-EMH days.

The good thing here is that those Fantasyland dark rides will have their shortest waits of the day during the Morning Extra Magic Hour and the second Evening Extra Magic Hour. Parents with small children have a tough time getting out the door early in the morning or staying late, so if you can early-rising or staying up late work through strategies of midday napping or, I dunno, giving the kiddos lots of coffee, definitely go for it. 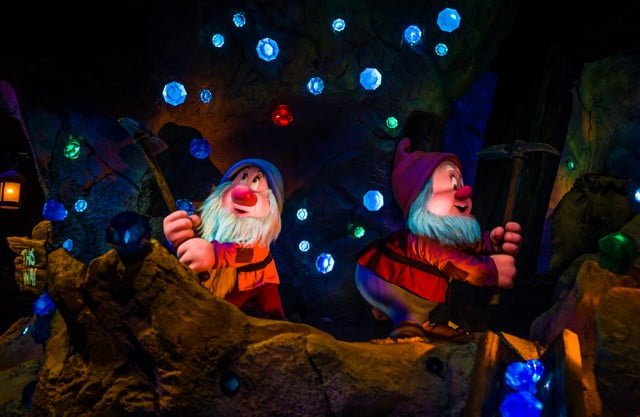 One thing worth noting that you may have noticed is that there’s a difference between Morning Extra Magic Hours and Evening Extra Magic Hours, and I’m not just talking the time of day. Strategically, the two are very different. In my experience, Morning Extra Magic Hours are less popular. Walt Disney World draws some crazy commando guests (touring commandos–get your mind out of the gutter!), but most people like to sleep in on vacation. Not as many people get up early for Morning EMH, making it by far the best hour of the day for getting a lot of attractions done.

Many people plan on arriving for Morning Extra Magic Hours, but simply don’t make it to the parks in time. If you can’t be out the door of your hotel room at least an hour before Morning EMH starts, consider calling an audible and starting your day at a different park. 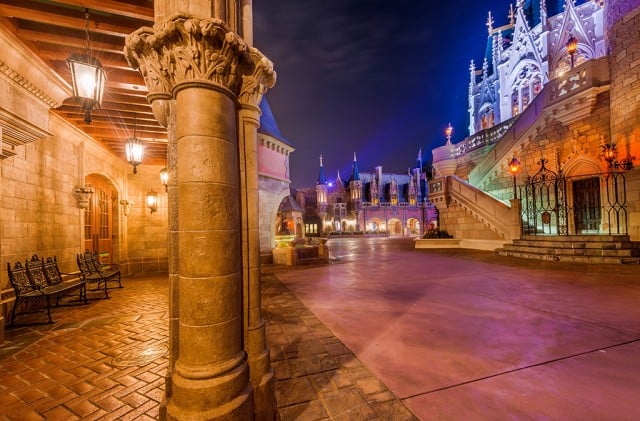 In an ideal world, the best strategy is to start out at the park with Morning Extra Magic Hours and Park Hop to the park with Evening Extra Magic Hours, potentially taking a nap in between. The nap is recommended because, although in theory it might seem fun to spend ~16 hours running around the parks at Walt Disney World, the practical reality is that unless you’re the Disney vacationer version of a Terminator, that’s going to be a tough proposition. Park Hopping can take around an hour (or more on bad days), but it’s still worth it take advantage of those really light hours at the beginning and end of the day. This is one reason why we recommend adding the Park Hopper option to your tickets in our Tips for Buying Walt Disney World Tickets post. 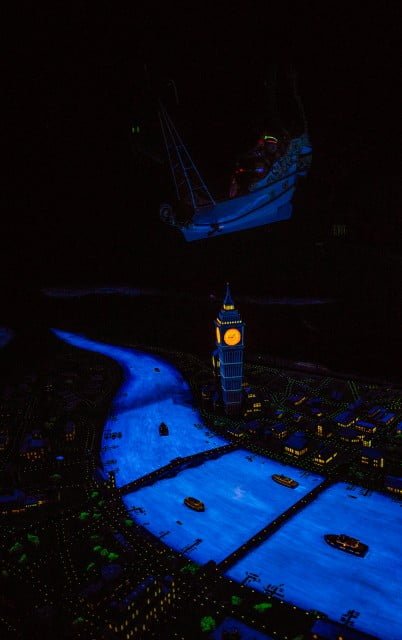 Overall, I am a big fan of Extra Magic Hours as a way to save time at the beginning and end of the day, and also as a way to extend the day and spend more time in the parks via Park Hopping. I’m also speculating that, contrary to popular belief, the parks with Extra Magic Hours on any given day aren’t noticeably busier on those days than they are on days without Extra Magic Hours. Even if they are, most guests won’t spend their entire day doing headliners, so slightly higher crowds wouldn’t make a huge difference so long as you have a good itinerary for the day that mixes shows with headliner attractions. No matter how you slice it, if you have the stamina to be in the parks at the beginning and/or end of the day, Extra Magic Hours will work out to your benefit in most cases.

For updates on Walt Disney World, the latest news, discount information (including official free dining release dates), and tips, sign up for our free monthly newsletter!

Are you a fan of Extra Magic Hours? Do you agree or disagree that parks aren’t significantly more crowded on Extra Magic Hours days? What is your strategy for taking advantage of them? Have any tips for Extra Magic Hours rookies? Let us know what you think and any questions you have in the comments!