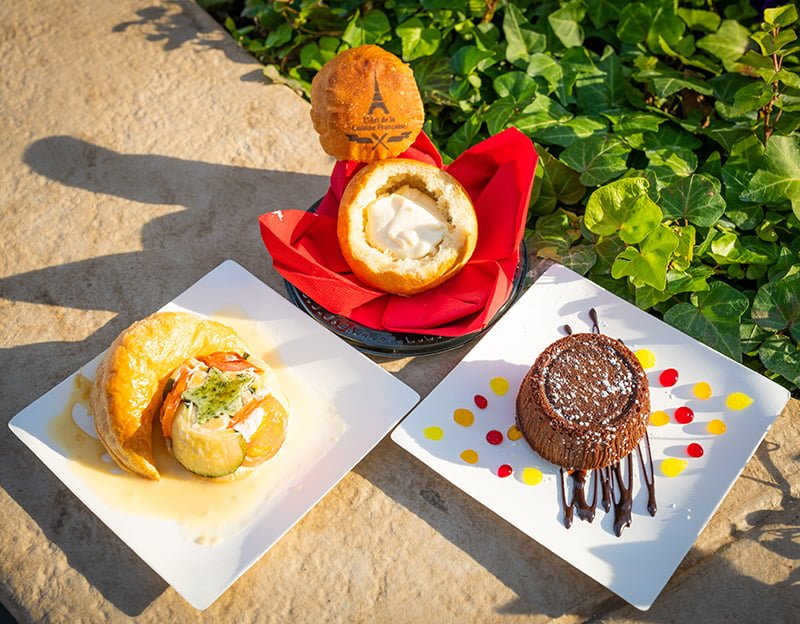 We continue around World Showcase with a stop in France at the L’Art de la Cuisine Francaise Food Studio, which has an entirely new menu for this year’s Epcot International Festival of the Arts. This France Food Studio review features ‘real world’ photos of every food and dessert on the menu, and offer our reviews & tasting notes.

In our Food Guide for the Epcot Festival of the Holidays, we asked the question: does France ever disappoint? That was intended to be rhetorical, as this booth has been a reliable source of good cuisine for as long as we can remember. Unfortunately, after our visit for the Epcot International Festival of the Arts, we now have to answer that question “yes.”

As with the booths in Italy and Mexico, France’s booth upends everything we thought we knew about Epcot festivals. Unlike the underdog success stories of Italy and Mexico, this is a tragic tale of subversion and destabilization, falling from the best booth at last year’s Festival of the Arts (and most Epcot festivals) to one of the worst at the Epcot International Festival of the Arts…

There’s obviously some hyperbole in calling the L’Art de la Cuisine Francaise Food Studio a ‘tragic tale’ but as far as bad news goes for France, this is right up there with the whole Yellow Vest movement as the biggest bummer of the year thus far. At least, from our perspective.

From the outset, I should note that the L’Art de la Cuisine Francaise Food Studio was the most divisive amongst our group. Even sampling the same items, there was no consensus on anything. While I was disappointed by France, Sarah was an even harsher critic–others in our group were pleased and even called a couple of items ‘good.’

However, they aren’t the ones writing this review, so the overall ‘poor’ rating we’re giving L’Art de la Cuisine Francaise Food Studio is based on Sarah’s and my opinions. I simply note that there was considerable disagreement about this booth for the sake of fairness.

Now our photos and reviews of each food item… 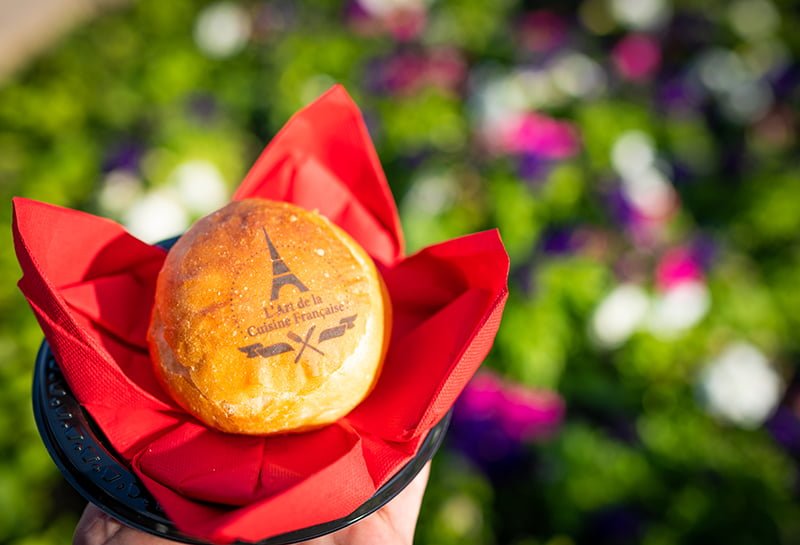 In execution, it doesn’t live up to expectations. Charitably, it’s a good amount of cheese that is complimented nicely with pieces of bread torn from the bowl. Not-so-charitably, the cheese is way too salty and tastes like the Laughing Cow’s take on a brie spread. 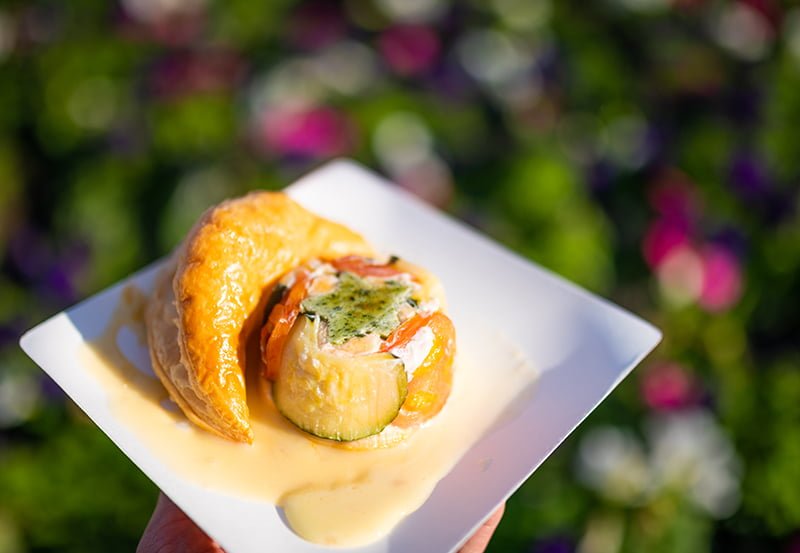 Same deal with the Dariole de Saumon Á la Provencale, Sauce Beurre Blanc, Fleuron. This Salmon Terrine with puff pastry looks like the type of dish that could be served at Chefs de France.

Charitably, the presentation is beautiful, fresh vegetables enhance the airy salmon dish, with the pastry and buttery sauce working well together. Not-so-charitably, the pÃ¢té quality is reminiscent of canned cat food (that that we’ve ever tried it) with a mushy and airy quality that had an unpleasant mouthfeel; the pastry crumbled upon being touched with a fork. 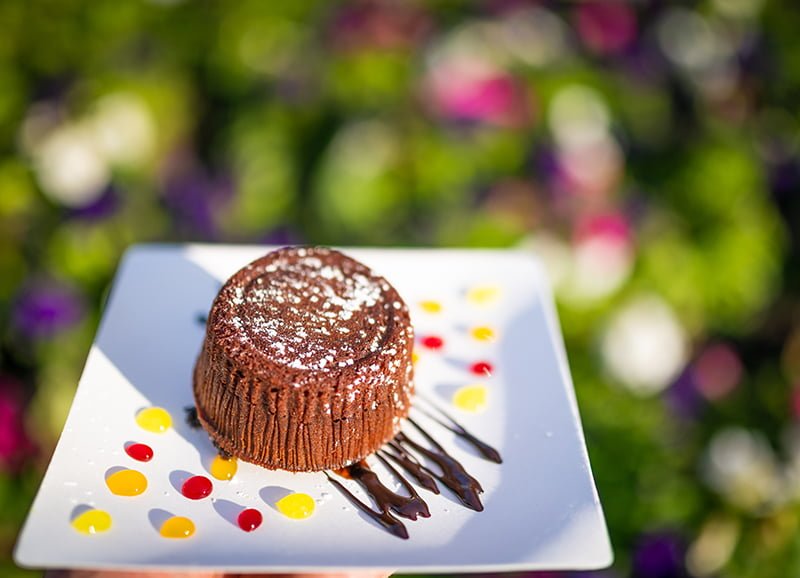 Finally, we have the Moelleux Aux Chocolats Valrhona. We’ve seen this type of lava cake before at Epcot, both at other festivals and in the park’s restaurants.

This would’ve been good, but it was way too heavy on the cake and too light on the ‘lava.’ However, I’ve seen photos of other Molten Chocolate Cakes from the France booth this year, and they all appear much better balanced. I think we just got unlucky here.

In terms of French alcohol, here’s what’s on offer this year:

Overall, L’Art de la Cuisine Francaise Food Studio proved to be a huge letdown for us, but I know not everyone feels that way about the booth this year. Given France’s track record at Epcot festivals, you might be inclined to discount our opinion here, and perhaps that’s the best course of action. However, with so many exceptional dishes around World Showcase, you’re probably just as well off not risking it and trying different items that are more surefire picks.

As with Italy, the big advantage of the France Food Studio is that every single item is on Disney Dining Plan. If you have a surplus of snack credits, you might as well give a couple of things here a try. Paying out of pocket is a different story entirely, as all of these items are about $2 overpriced by Epcot festival standards, which is overpriced even by Walt Disney World standards. Again, value for money is going to be an issue at every single booth we review.

What do you think of the L’Art de la Cuisine Francaise Food Studio? Have you tried any of the food items at this booth? What did you think of them? Do you agree that France is a disappointment at the Epcot International Festival of the Arts? Questions we can help you answer? Hearing your feedback–even when you disagree with us–is both interesting to us and helpful to other readers, so please share your thoughts below in the comments!