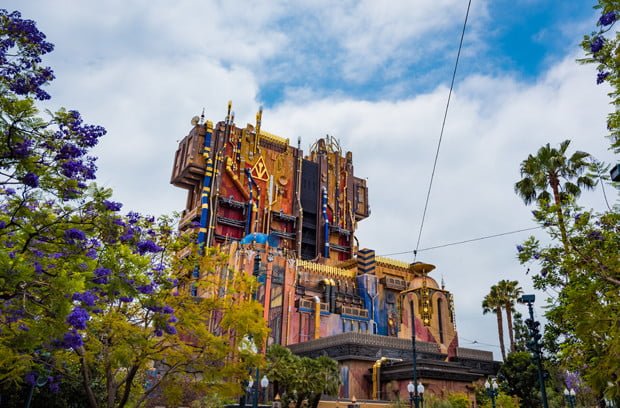 This post reviews the new Guardians of the Galaxy — Mission: BREAKOUT! attraction in Disney California, which is the first MARVEL attraction at Disneyland Resort. It offers a bit of strategy for experiencing the ride with as short a wait as possible. Page 1 of the post is spoiler-free, offering thoughts on the exterior of the attraction plus tips for doing it. Page 2 features on-ride photos, my review of the attraction itself, and other stuff.

I debated whether I should even review Guardians of the Galaxy — Mission: BREAKOUT! Most of the internet already has its mind made up one way or the other with regard to this attraction, and the amount of vitriol I’ve seen among fans (on both sides of the debate) has been pretty bad.

I enjoy debating the merits of Disney theme parks with those who both agree and disagree with me, but only when that discourse is civil. Personal attacks and just general rudeness are not only unpleasant (and we already have more than enough of that in realms that don’t involve the escape of theme parks), but are counterproductive. Debate is least persuasive when those who disagree with you feel they’ve been put on the defensive or are being attacked… (/tangent)

As divisive as the conversation shouting match about Guardians of the Galaxy — Mission: BREAKOUT! has been, it’s also been fascinating to some degree. There are clearly two polarized ‘camps’ with regard to this attraction. Those are demonstrative of a greater divide among fans, some of whom are more interested in the parks being Disney brand parks and those who view them as theme parks.

If you read my initial Guardians of the Galaxy — Mission: BREAKOUT! Announcement post, you might recall that I have fairly strong opinions about the concept. Unlike others who lamented the exterior, I mostly focused on its risk averse nature. Now that I’ve experience the attraction, I also have opinions of its substance.

Hopefully, I can present these in a thought-provoking way that’s engaging and respectful even to those who disagree with me… 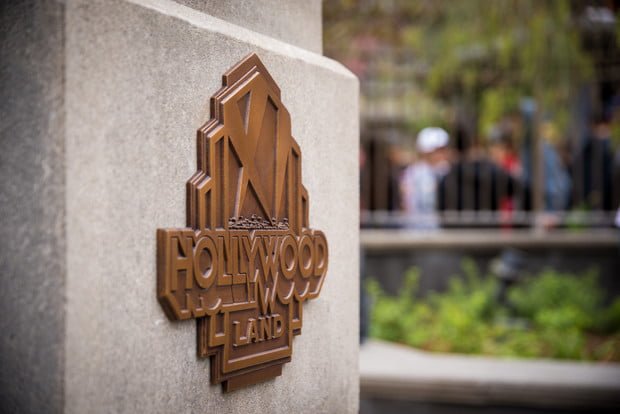 While I emphasize the importance of thematic integrity a lot on this blog, I’m not as stringent about it as some Disney fans. I view the parks as evolving concepts, and I realize the general public quite clearly wants more of the brand. As someone who prefers theme parks and doesn’t have any particular affinity for most IPs, this is not my personal preference, but I do not think it’s an inherently a bad thing.

Me shaking my fist and yelling “get off my lawn” as the Big Thunder Ranch goat petting zoo is replaced would require a lack of recognition that the times, they are a’changin. Heck, even pining for more original concepts (like Mystic Manor) and less IP requires ignoring the general direction of theme parks today. 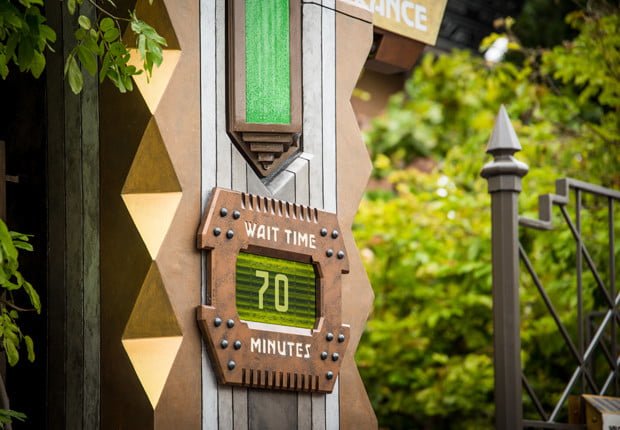 I’d love for brand and theme to coexist (and think that they can in large part), but I’m open to things being fudged a bit. For instance, Disney’s Hollywood Studios becoming a dumping-ground for intellectual property is okay by me. The ‘working studio’ ship sailed long ago there, and I think lands dedicated to Pixar, Star Wars, (hopefully) Muppets, and then generalized ‘old Hollywood’ is fine.

Disney California Adventure is somewhat akin to that park for me. The significant difference is that a major effort was just (well, ~5 years ago) made to give DCA a more cohesive theme, and really embrace its roots as a park about California.

This was particularly true in a design sense, as Buena Vista Street made the park’s opening act like Los Angeles in the 1920s, Cars Land provided the Route 66 vibe, and other place-making efforts throughout the park made it a more authentic (and idealized) version of California. Even the more recent Grizzly Peak Airfield overhaul sought to improve the park’s aesthetics and make it more representative of California.

Despite this, I don’t feel Disney California Adventure needs to be faithful to its namesake state in the strictest sense. After all, Cars is not set in California, nor is A Bug’s Life, nor is Little Mermaid…and so on. Theme can sometimes be a looser framework, and with attractions especially, there’s wiggle room for a thematically-faithful facade being a portal into something…not-so-faithful. 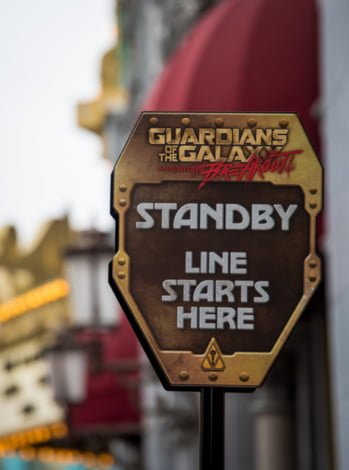 It’s long been rumored that Disney California Adventure would be the home to a Marvel land at Disneyland Resort. I was not, and am not, against that idea. Once the third gate Star Wars/Marvel ship sailed, it seemed like a foregone conclusion that Marvel would have a significant presence at DCA, and that presence would be in Hollywood Land.

I assumed the Marvel Land would be a new-build, liking replacing Monsters Inc. Mike & Sulley to the Rescue, the various soundstages, backstage areas, and maybe even the Hyperion Theater. To me, this made sense as Marvel is a major property for Disney, and it and its fans deserve nothing less than a huge land with revolutionary attractions. 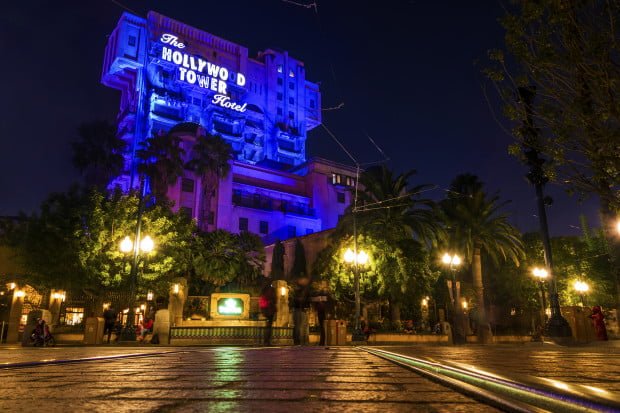 I know a lot of fans have been okay with the Twilight Zone Tower of Terror being replaced at Disney California Adventure because it’s inferior to the Florida version of the attraction. While it’s true that DCA’s Tower of Terror was inferior, if we followed this reasoning to its logical conclusion, it’d be okay to nix virtually every Walt Disney World attraction that has a Disneyland counterpart.

There are two problems with this. First, the vast majority of visitors to one coast never make it to the other. We encourage people to visit both on this blog, but dictating that someone “just go to Walt Disney World” (or vice-a-versa) is unreasonable, and does not comport with the practical reality that for most people, it’s one or the other.

Second, and more importantly, just because something is inferior does not mean it’s bad. You shouldn’t throw away a Canon DSLR that cost $2,000 just because every Nikon DSLR ever is nicer. Even the “inferior” Twilight Zone Tower of Terror was a top 5 attraction at Disney California Adventure.

Re-skinning an already popular attraction was a disservice to both Marvel, a brand with a ton of potential that would instead have to be shoehorned into the parameters of an existing concept, and the quality attraction it replaced. 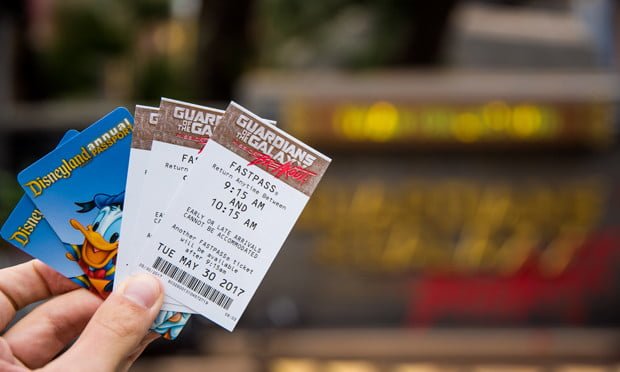 Never did I expect Marvel to be integrated into DCA by taking over the tallest structure in the park. Not only did it appear unlikely from a thematic perspective, but from a rational one: Tower of Terror was already one of the most popular attractions in the park.

And yet, here we are. 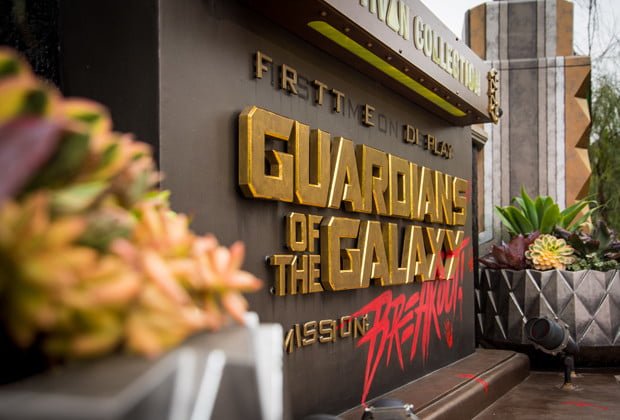 A lot has been said about the exterior of Guardians of the Galaxy — Mission: BREAKOUT! It’s a Rorschach test of sorts for Disney fans. Personally, I don’t care for it. This is primarily because it towers over the California-themed park, with zero effort made at making it work thematically with the rest of the park. There’s not even a false-pretext or attempt at putting lipstick on a pig. It’s just there.

My other issue is that it doesn’t really hold any internal consistency. Joe Rohde described it best as a “kind of warehouse, fortress, power plant” (with added inspiration from oil refineries, because why not?). Looking at the new tower, you can see how it was inspired by all of those things…but why? How do those disparate styles all fit together and why would the Collector choose that hodgepodge of NIMBY-fodder as his museum?

Just looking at the building for a couple minutes, it’s hard to make sense of what it’s trying to be, or what purpose its ornamentation serves. Ultimately, I think you can boil the building down to being eye-catching and vaguely evocative of stylization that you might see in a comic book. Viewing the attraction in isolation and through that particular lens, I can see how some people might think it’s cool (although reasonable minds might differ on that). “Cool” seems to work for a lot of guests.

It does not work for me. Walt Disney Imagineering makes such a big show out of how everything they do is driven by “story.” There’s an elaborate story for every new restaurant, much less a towering E-Ticket. I don’t think it’s fair for Disney to tout its dedication to story when doing so suits its interest, but expect fans to turn a blind eye to story when it doesn’t. Questioning what the story is, how it works, etc., is not being nitpicky–it’s holding Imagineering to its own high standards…ones that WDI so regularly touts. With the exterior and its placement in DCA addressed, we’ll turn to the substance of Mission: Breakout on Page 2. (Warning: photo and plot spoilers ahead.) My take there might surprise you…

43 Responses to “Guardians of the Galaxy — Mission: BREAKOUT Review”