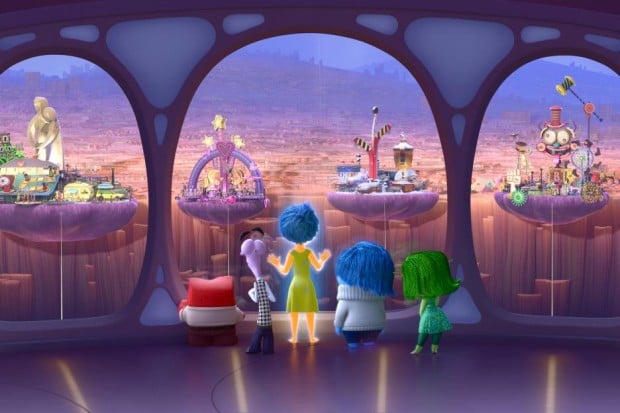 This spoiler-free review of Disney-Pixar’s Inside Out might as well be subtitled, “How Pixar Got Its Groove Back.” That, of course, assumes that Pixar lost its groove in the first place. To this extent, a brief summary of Pixar’s recent history is probably in order. From the time it released Toy Story until a decade after, it seemed Pixar was infallible, and utterly incapable of making anything less than a brilliant film.

This led to some incredibly high standards among critics and moviegoers alike, all who expected more of Pixar films than those produced by other animation studios. While Pixar had always been a critical and commercial darling, the high water mark–for me at least–occurred with the back to back releases of Ratatouille and WALL-E, two films that really pushed the envelope for mainstream animation. This was especially true of WALL-E, which was defiant in terms of its restraint and subtlety. More importantly, the underlying message and motifs of WALL-E were thinly-veiled criticism of corporations like Disney and their core demographic, making me wonder, “who allowed this to be made in the first place?”

After Toy Story 3, the string of sequels and less-than-perfect films began, which roughly coincided with when films that weren’t in development when Disney purchased Pixar would have started to be released. Mind you, this supposed “string” is only three movies, and if these three movies were made by any other animation house, they probably would have been lauded (yes, even Cars 3) but Pixar was thought to be playing on a different level, and accordingly has been held to higher standards. 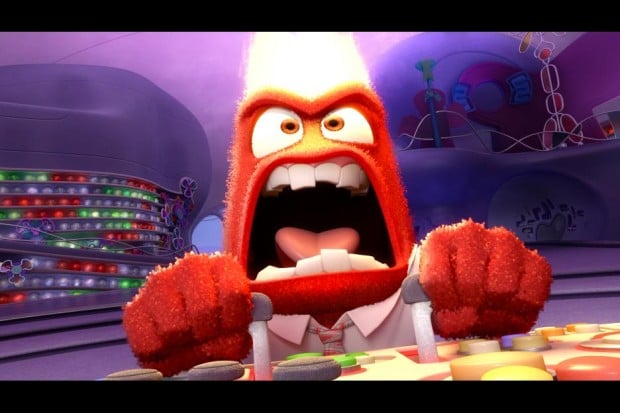 As soon as the film was presented to the public back at the 2011 D23 Expo, it seemed this film’s release would be a defining moment for Pixar. Its central premise is that you entered the mind of a teenage girl, Riley, as she faced the trials and tribulations of moving cross-country and the emotional turmoil that entailed (additional plot details are superfluous to this review and would likely constitute spoilers, but you can read a spoiler-heavy full plot synopsis here). Conceptually, it sounds like a story that would be impossible to tell in a cogent manner without some ridiculous gimmick or annoying conceit. If anyone could do it, it was the moviemakers who made us believe that a rat could be a chef, that a trash-collecting robot could find love, and that adventure is out there even for an elderly man. This begged the question: did those moviemakers still exist?

Inside Out answers that question with a resounding YES. Yes, they do exist. Not only is Inside Out a return to form for the braintrust at Pixar, but it is arguably their best intersection of innovation and entertainment. Quite simply, Inside Out manages to push the bounds on creative storytelling while doing so with a spectacularly funny, heartwarming, and fast-paced story. It comes just short of WALL-E in terms of being an envelope-pusher, but exceeds it in terms of range. 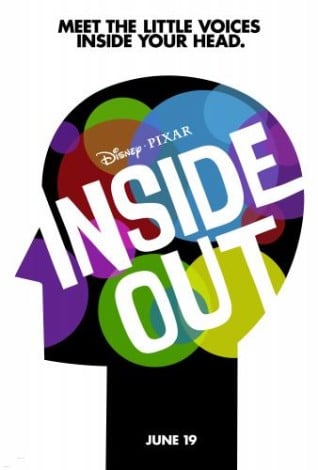 Inside Out’s great achievement is tackling a concept so esoteric that it would take dozens of 100-page, abstruse reviews in the New England Journal of Medicine to propound in a semi-articulate manner that would still be accessible only to academics. Pixar makes this comprehensible for anyone, in an animated film under 2 hours. Said concepts are dealt with in ways that make perfect sense and present no internal contradictions, giving the audience no occasion to contest their accuracy. In fact, until presented with convincing evidence otherwise, I’m going to assume all of the details contained in Inside Out are scientifically accurate.

For all of its depth, the plot of Inside Out is relatively straightforward. I was briefly concerned when the central conflict began to unfold that its shades of Finding Nemo might make the end result overly formulaic or reminiscent of that other Pixar classic. It quickly and substantially deviated from this track, alleviating all such concerns. This really can’t even register as a complaint about the film, as it was a fear in my head based upon an unfulfilled concern.

The basic mechanics of Riley’s mind are relatively straightforward and very easy to grasp, but perhaps the most impressive aspect of the film is just how many astute and incisive concepts are only giving passing treatment. Pixar could have fixated on some of these brilliant ideas, really fleshing them out, but simply couldn’t due to duration and pacing limitations. However, it speaks volumes to the depth of Inside Out that so many nuggets of gold are relegated to “throwaway” status. Likewise, there are a lot of references and in-jokes that are quite easy to miss. As a result, the film will have incredible re-watchability for adults, which is probably a good thing, as the children of those adults are going to want to watch this again and again thanks to the endearing emotion characters.

Then there are these emotion characters. Each of the emotions contributes wonderfully to the film, with none feeling overwrought or annoying. The casting for these emotions is spot-on, and you’re left wanting more from each of them. (A feeling you get from the entire film, in a good way, and I fully expect that Pixar will be revisiting this world in short order with a sequel.) There is inherent conflict among these emotions, but the rapport they develop despite this is impressive. Unsurprisingly, they each bring something unique to the table, but what is surprising is that they resonate and all have something powerful to say amongst the nonstop laughs and fun. 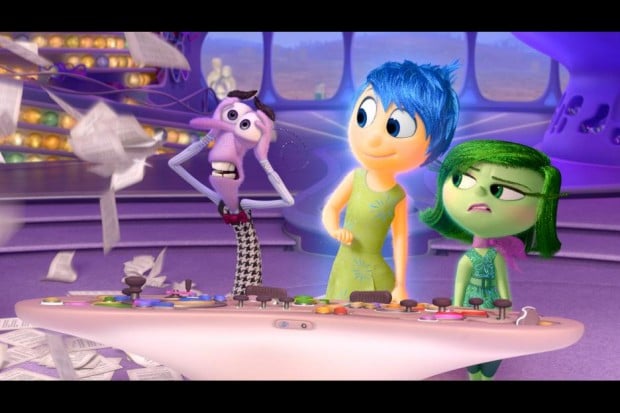 However, the absolute scene-stealer is a character who has not been given any treatment in the trailers: Bing Bong. Bing Bong is like the Olaf of Inside Out, if you were to eliminate all of the annoying traits of Olaf and focus only on his heart. Basically, Bing Bong is a character who will endear himself to both kids and adults–instead of Olaf’s appeal largely to children. If my reaction is any indication, Bing Bong will be the surprise sensation of Inside Out, and will attain the same level of pop culture (and theme park?) ubiquity as Olaf. At least, that’s my hope.

Bing Bong could function as a case study in how to make an animated character lovable and humorous for children without being grating for adults, and he’s representative of the film as a whole. It has long been said that Pixar films function on two levels: one for kids and one for adults. That is without question true of Inside Out. In fact, the argument could probably be made that Inside Out is more of a film for adults than it is for kids. There is a strong intellectual component to this film (and I don’t mean that as a pun) that will fly right over the heads of children and dimwitted adults. It will still have tremendous appeal for kids thanks to its engaging story and great characters, but the depth makes it a real winner.

Likewise (and thankfully), Inside Out is wholly devoid of the cheap humor aimed at children that so often drags down the appeal of animated films for adults. This was especially problematic in both Cars 2 and Brave, and I’m incredibly glad it isn’t a continuing trend. Inside Out doesn’t resort to cheap humor because it doesn’t need to. It earns its laughs, which come consistently throughout the entire film.

This is also true of Inside Out‘s ability to pull at the audience’s heartstrings. You grow an attachment to Riley and her emotions, and the journey is, well, emotional. This isn’t because there are any cheap moments meant to elicit the tears, but because character development and storytelling are so solid that you can’t help but care and feel affected by the film. This, again, is classic Pixar, with the audience emotion earned, not contrived.

At the end of the day, Pixar has captured lightning in a bottle with Inside Out, which I consider on par with the best of Pixar’s best. This review is high on the gushing and scant on the criticism for good reason: I consider Inside Out to be a flawless animated film. With it, Pixar has amazingly managed to make a film that is filled with warmth, laughs, fast-paced fun, but remains incredibly thought-provoking. Usually, it’s difficult to manage the former while still achieving the latter, but that’s exactly what Inside Out accomplishes. This is a film people will find themselves watching again and again for its entertainment value, and also to engage in thoughtful scholarly analysis. It’s an exemplar to which you can proudly point to any close-minded adult who is dismissive of animation as being nothing more than “kiddie stuff.” All of this makes Inside Out something special. 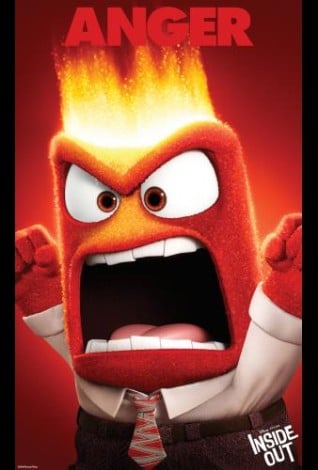 And now, let the speculation begin as to how Inside Out will be incorporated into the theme parks (the main topic of this blog). As I suggested in yesterday’s State of Walt Disney World post, I would be fine with seeing Inside Out integrated into a revitalized Wonders of Life pavilion. I could also see it in Innoventions or Journey into Imagination. I just hope it isn’t shoehorned into some random place, like the Morocco pavilion or Grizzly Peak. 😉

Are you looking forward to Inside Out? If you’ve seen it, do you have any spoiler-free feedback? Would you like to see it have a presence in the parks? Share any of your thoughts in the comments!

34 Responses to “Inside Out Review”