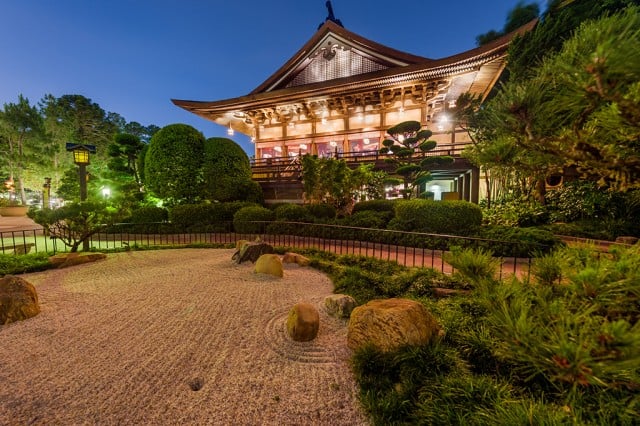 It’s time for another round-up of the latest Walt Disney World news and rumors. This time, we have the latest on an Indiana Jones attraction coming to Dinoland (and other variants of that rumor that include it going to Disney’s Hollywood Studios or a new roller coaster in Dino-Rama unrelated to Indiana Jones), plus the latest on Coco in Mexico at Epcot.

Before the rumors, we’ll start with the one piece of confirmed news. A new Signature Restaurant coming to the Japan pavilion in World Showcase at Epcot. Oddly enough, this news was dropped halfway through a weekend round-up food post on the Disney Parks Blog, so it has sort of flown under the radar. We consider it fairly significant news.

Per Disney, this will be an all-new table service restaurant will be coming to the Japan Pavilion in World Showcase, inspired by the natural beauty of Japan. The restaurant’s setting will draw from both nature and takumi, which means “artisan” in Japanese. It will highlight the relationship between Japanese craftsmanship and the natural world in the design of the restaurant. As with Teppan Edo and Tokyo Dining, this new restaurant will be operated by Mitsukoshi USA.

This is partial confirmation of a previous WDWNT rumor. If that is accurate, this restaurant will be located on the first floor of the Mitsukoshi department store, taking over a small amount of existing floor space plus merchandise storage and backstage facilities. That rumor stated that the restaurant would be a steakhouse, with rooms themed to classical Japanese elements, among other things.

Although we wouldn’t bet against a steakhouse serving wagyu beef at exorbitant prices, Disney’s description of the restaurant sounds almost like a kaiseki experience. Kaiseki cuisine features a multi-course meal chosen by the chef to highlight seasonal themes and natural ingredients, with an emphasis on meticulous preparation and elegant presentation. (This would also make sense given the intimate size of the venue.) 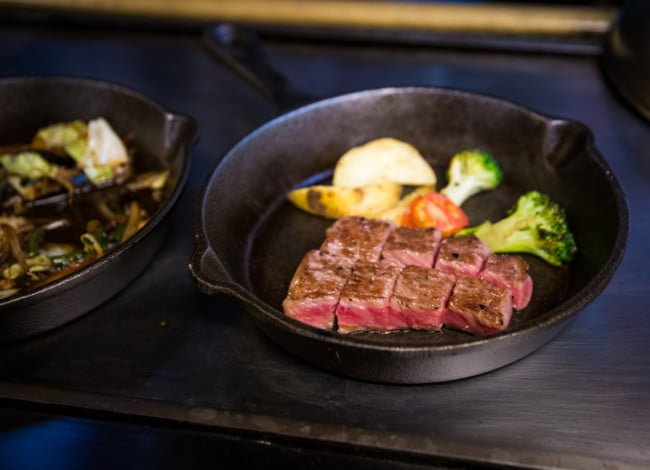 We’ve done a couple of kaiseki dining experiences in Japan, and they were a veritable feast for the senses–all of them. The nuanced and refined nature of kaiseki makes it an unlikely fit for an in-park experience at Walt Disney World (which is why we probably should look past the PR fluff and assume this is a pricey wagyu restaurant), but it’s possible Disney could do a modern, Americanized take on kaiseki that would be an incredible addition to World Showcase.

This isn’t to say a wagyu steakhouse would be a poor addition to World Showcase–it’s just that there are already several of those in the Epcot area. Kaiseki would just be something totally different, and a concept very few places in the United States are equipped to pull off (Epcot being one of them). With more and more convention business in Epcot, it seems like there would be a market for this. Either way, don’t expect this Signature Restaurant to be on the Disney Dining Plan.

It’s 100% wishful thinking and not rumor, but I hope this means Disney and Mitsukoshi have entered into negotiations about future World Showcase expansion. We’d really love to see the Shinkansen simulator or Mount Fuji coaster come to the pavilion. Or even just a “simple” travelogue in the White Egret Castle show building that was built for Meet the World. (You can get a look at the blueprints here—the second image is the theater.) 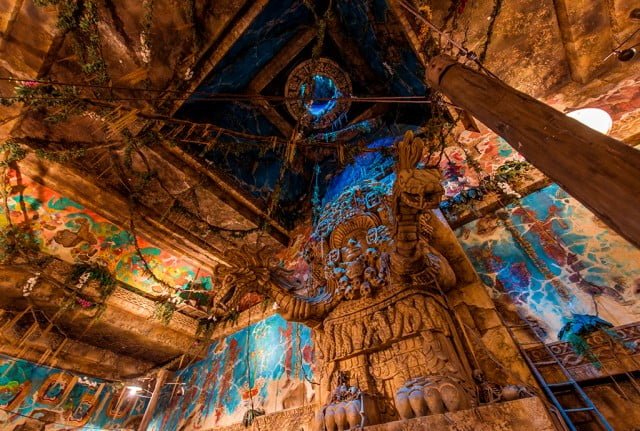 We’ll go from confirmed to far-flung rumor: that Indiana Jones Adventure is replacing DINOSAUR, and the whole land will be re-themed to South America. We first shared this rumor last year and deemed it implausible. Well, it has resurfaced and is being treated not only as credible, but a transition that could start to occur as soon as 2019.

WDWThemeParks has a timeline of the evolution of this rumor, along with a round-up of what credible insiders have had to say about it. Most of that timeline is distilled from this thread on WDWMagic. One version of the rumor also includes a roller coaster replacing much of Dino-Rama, which seems like the more plausible scenario to me.

As for Indiana Jones Adventure, while this rumor has been corroborated by reliable insiders and its details seem like they’re starting to congeal, it still sounds to me as if it’s not such a sure thing. Previously (and perhaps still?), Indiana Jones Adventure replacing DINOSAUR was one of several competing concepts being pitched.

Over the course of the last several months, this rumor has bounced between Disney’s Hollywood Studios and Animal Kingdom, with another variant that it’d be a new Indiana Jones attraction utilizing Shanghai Disneyland’s Pirates of the Caribbean: Battle of the Shrunken Treasure ride system. (An awesome ride system…but a really, really expensive one!)

Even though insiders are lending credence to it, I’m still firmly in the “I’ll believe it when I see it” camp on converting DINOSAUR to Indiana Jones Adventure. The work necessary to add scenes, effects, etc. would be costly, and some changes would need to be made given the space constraints of the DINOSAUR show building. This would not be a simple overlay, and would be quite costly and time-consuming to make happen.

Given that DINOSAUR is still a fairly popular attraction, I have a hard time seeing what the upside would be to re-skinning it. Then again, I would’ve said the same thing a couple of years ago if someone told me Disney was contemplating a re-skinning of Tower of Terror at DCA. Maybe the bump coupled with the synergy would be worth it?

Personally, I think Animal Kingdom has bigger issues to address, and needs some outright expansion to fill holes in its attraction roster. What I could see happening is Dino-Rama and the Boneyard area receiving extensive place-making, perhaps with the long-rumored Excavator coaster being added as a replacement for much of Dino-Rama.

What I do believe is that Dino-Rama’s future is uncertain. Donald’s Dino-Bash is expected to be a “permanent” addition, and I could see other changes in that area to try to up its capacity and generate guest interest. Really, what does Imagineering have to lose? Even a thematically-incongruous patchwork approach of additions to Dino-Rama wouldn’t be worse than what’s there now.

I guess time will tell, but I wouldn’t hold my breath on anything major happening at Animal Kingdom in the next couple of years. I think we’ll see a bunch of Band-Aids while Walt Disney World focuses on the more urgent needs of other parks. 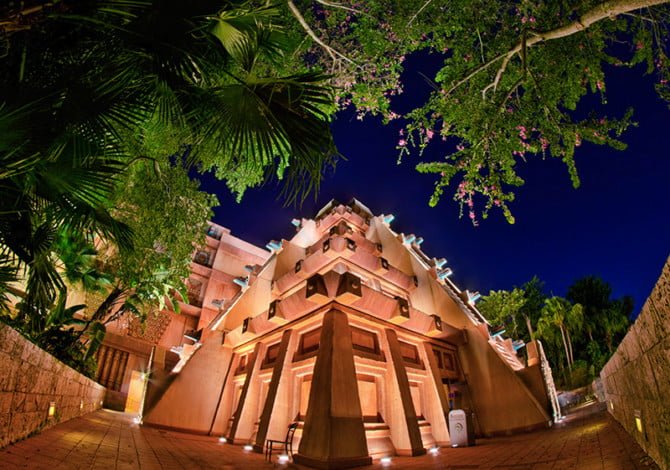 Finally, an update to the rumor we covered a couple of times last year that Gran Fiesta Tour would be re-tooled to feature characters from Coco and “Dia de los Muertos.” The project was expected to be similar in scope to the addition of the Three Caballeros to the attraction a few years ago, and it was contingent upon box office results of the film.

Apparently, those results were not good enough. Recent updates to this suggest that the rumor has fizzled out, with changes to Gran Fiesta Tour now being unlikely. While we absolutely loved Coco and would be on board with this overlay, we also like the current incarnation of the attraction, and are fine with it staying. As we’re on the cusp of a lot of big projects in Epcot, perhaps it’s for the best if nothing happens here. There are bigger fish to fry in the park.

What do you think of these news & rumors? Are you interested in the new Signature Restaurant in Japan at Epcot? Thoughts on Indiana Jones Adventure replacing Dinoland, or a roller coaster being added there? Would you trade Gran Fiesta Tour for a Coco attraction in Epcot? Any questions about anything else? We love hearing from readers, so please share any other thoughts or questions you have in the comments!