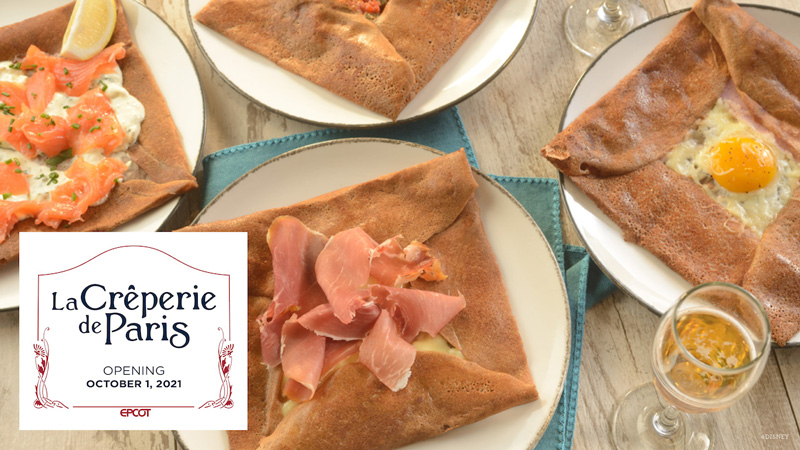 When Remy’s Ratatouille Adventure opens on October 1, 2021, so too will La Crêperie de Paris as an expansion to Epcot’s France pavilion. This new Walt Disney World restaurant will feature table service and quick service dining, with a menu consisting of crêpes, as the name suggests.

In case you’re unfamiliar with it, La Crêperie de Paris is a traditional crêperie with a menu inspired by the Brittany region of France. At the crêperie, everything is made from scratch and to order, with savory galettes and sweet dessert crêpes, along with some of Brittany’s famous hard ciders. This new crêperie will feature the cuisine of celebrity chef JérÃ´me Bocuse, the son of Paul Bocuse and operator of the pavilion’s other two table service restaurants: Chefs de France and the still-closed Monsieur Paul.

Inside the new Epcot eatery, the décor will consist of stone walls and blue-glass windows, which pay homage to Brittany, while offering some Parisian twists. Cast Member costumes are inspired by traditional crêperies, including the striped shirts and the red hat, known as a miki, traditional to Brittany’s fishermen. Let’s take a look at the full menu at La Crêperie de Paris and some sample food photos released by Walt Disney World…

Like all galettes and crêpes from Brittany, La Crêperie de Paris will serve them very thin. The galettes will be cooked at a high temperature, allowing the outside to become crispy and crunchy, surrounding an irresistible array of fillings. The gluten-friendly savory galettes will be made with buckwheat imported exclusively from France and will feature classic fillings with some unique twists.

The best-known combination at La Crêperie de Paris is the Classique, which features ham, eggs, and Swiss cheese. Then there’s “The Ratatouille,” which is filled with tomato, zucchini, and eggplant. This is perfect for vegetarians and inspired by the nearby attraction’s namesake. 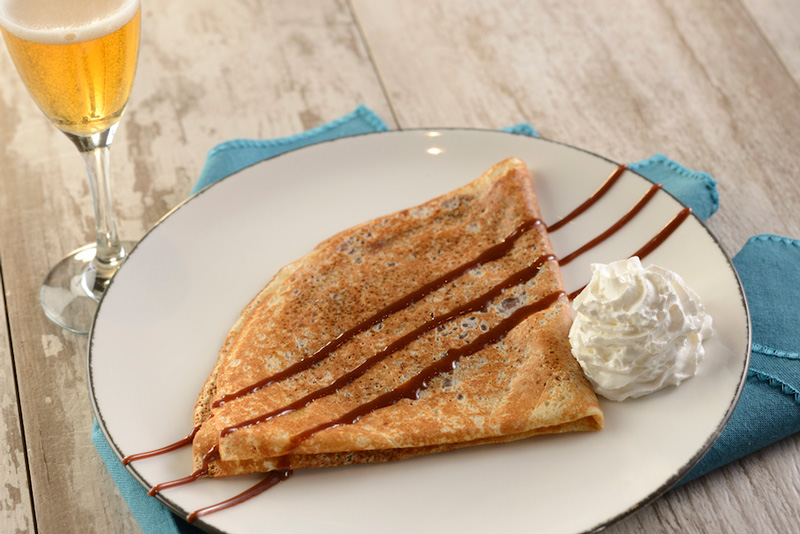 The sweet crêpes are also thin, crispy, and made from scratch. There’s the traditional Gourmande, which is filled with house-made hazelnut chocolate spread. Another option is the Pomme, filled with caramelized apples and caramel beurre salé.

You can even top these decadent delights with house-made ice cream–the dessert crêpes are guaranteed to satisfy everyone’s sweet tooth.

To round out the authentic French experience, La Crêperie de Paris will serve traditional Brittany hard ciders that pair perfectly with both savory galettes and sweet crêpes. From the sweet doux to the less sweet brut and demi sec, the hard ciders are imported from France and made only with apples for which Brittany is known.

The restaurant will also offer a daily prix fixe menu that includes a choice of soup or a salad, one savory galette, one dessert crêpe, and a glass of hard cider, soda or juice.

This is presumably due to its more casual nature, and is likely intended to be how the restaurant always intends to operate–not just a temporary thing for the initial opening period. (We’ll see how that goes with lines. As with everything, it’s subject to change.) 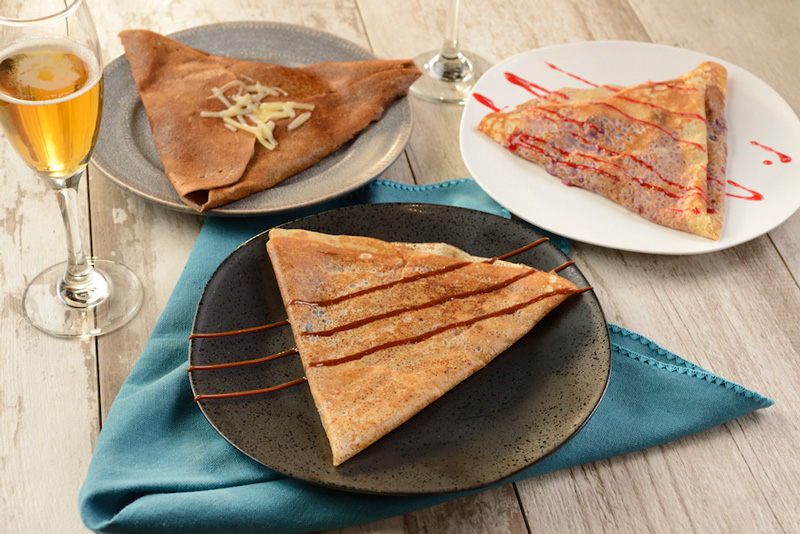 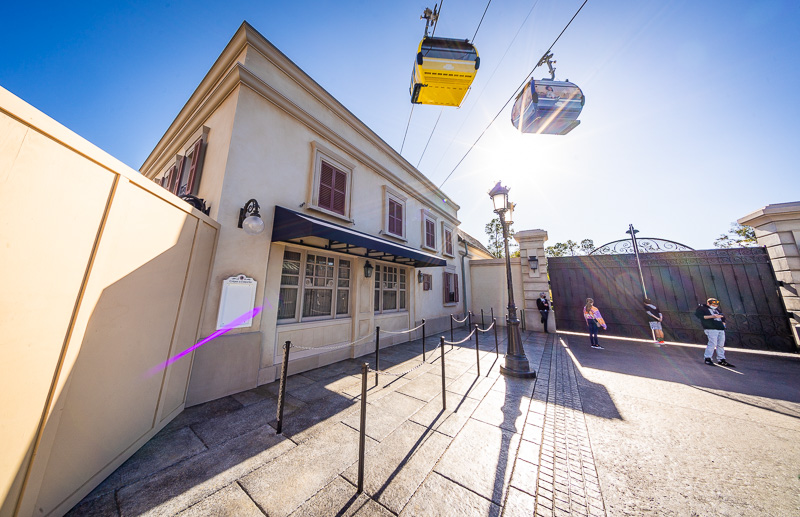 Ultimately, I’m intrigued by La Crêperie de Paris. As an absolute sucker for crêpes, this sounds fantastic to me. I’m still a bit surprised that it’s going to be a table service restaurant. Whenever we’ve had crêpes in Paris, they’ve always been as a street food we’ve had from random street vendors and takeout windows. I’m far from a crêpe expert, so I’m not going to claim that’s the only way they’re served in France, but that’s been our experience eating crêpes. (Update from Sarah: “What are you talking about? We’ve had crêpes at several sit-down restaurants in other parts of France. How do you not remember that?”)

That’s not to knock the table service side of La Crêperie de Paris, which sounds awesome. It just strikes me as a little odd to create a table service restaurant around what’s often a snack. Maybe it’ll be a “liquid lunch” sorta deal, where most people going there are focusing on drinks and using the crêpes to soak up some of the booze? Regardless, crêpes are awesome and the existing restaurants in the France pavilion are good-to-great, so we’re confident that La Crêperie de Paris will be a delicious success!

Are you excited for La Crêperie de Paris? Have you ever eaten at a table service crêpes restaurant in (real) France? Planning on doing table service or takeout at La Crêperie de Paris? Do you agree or disagree with any of our thoughts? Any questions we can help you answer? Hearing your feedback–even when you disagree with us–is both interesting to us and helpful to other readers, so please share your thoughts below in the comments!