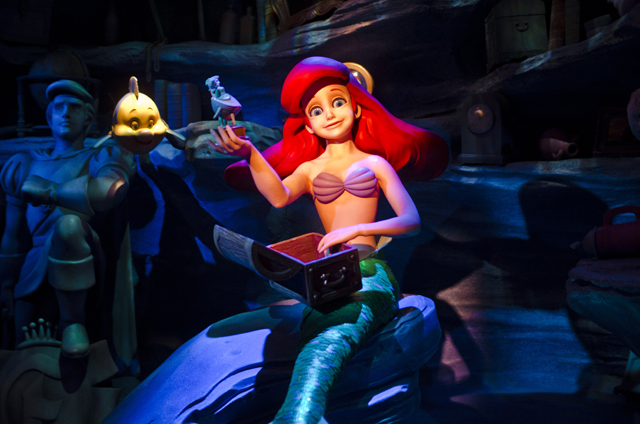 The Little Mermaid ~ Ariel’s Undersea Adventure is a dark ride attraction at Disney California Adventure at Disneyland Resort (a substantively identical attraction exists in the Magic Kingdom’s New Fantasyland at Walt Disney World). The attraction was added to the park as part of Disney California Adventure’s $1.5+ billion expansion. Since opening on June 3, 2011, The Little Mermaid has received several tweaks, most recently when Walt Disney Imagineering changed some animation in the attraction and replaced one Audio Animatronic Ariel’s hair (the “soft serve” hair as some fans dubbed it) with more natural looking hair.

If you’re a fan of Walt Disney World, note that this attraction is identical to Under the Sea ~ Journey of the Little Mermaid in the Magic Kingdom’s New Fantasyland…so just pretend these photos were taken in Florida! 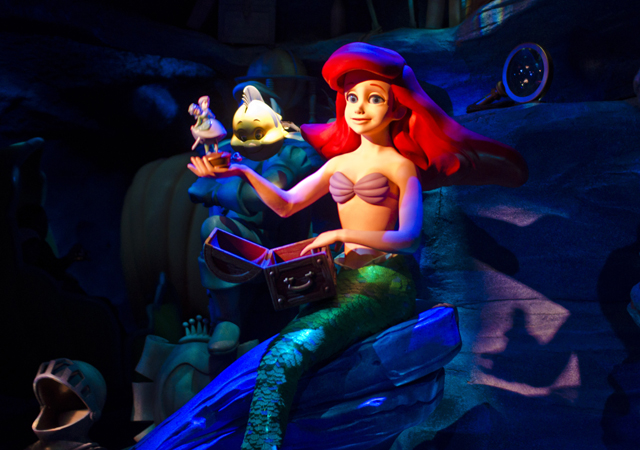 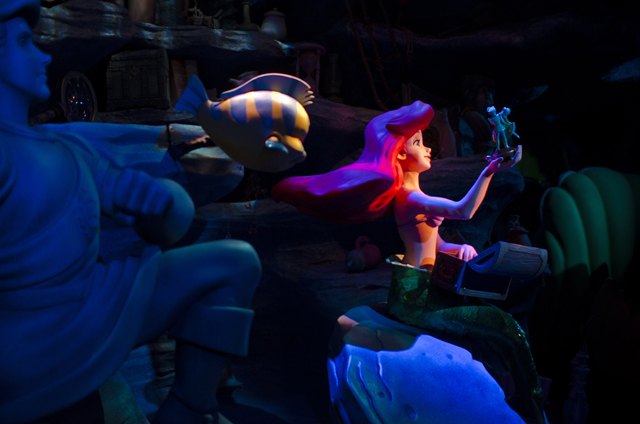 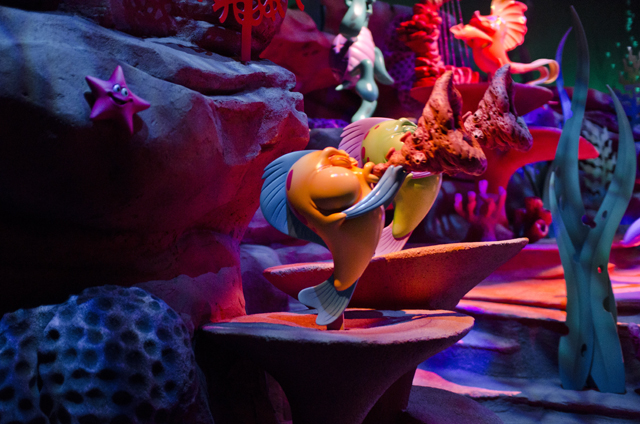 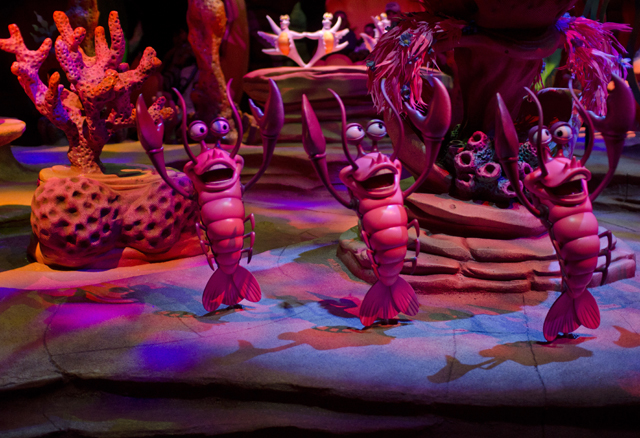 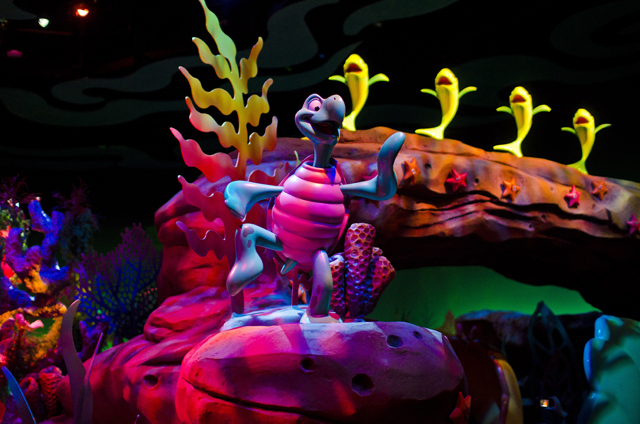 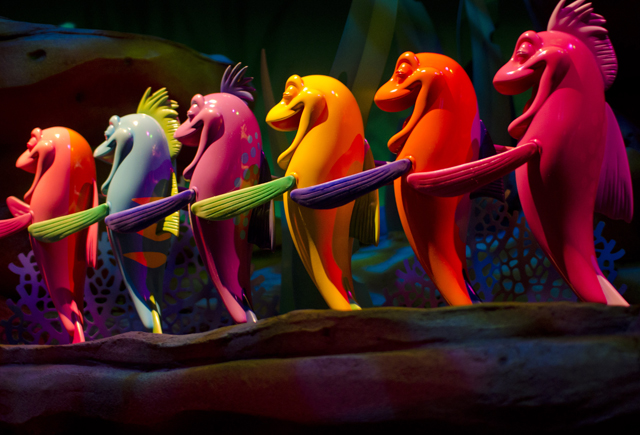 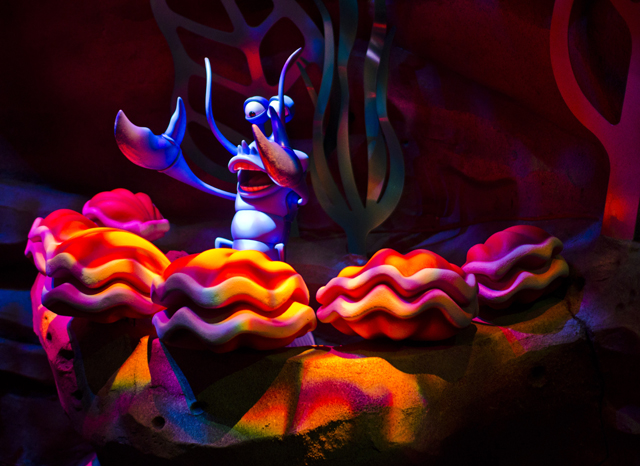 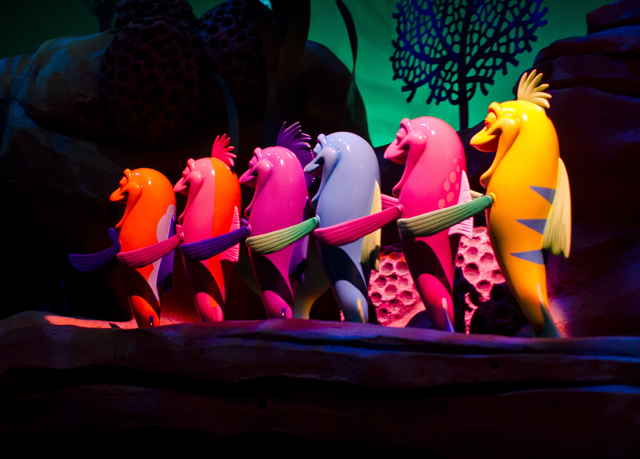 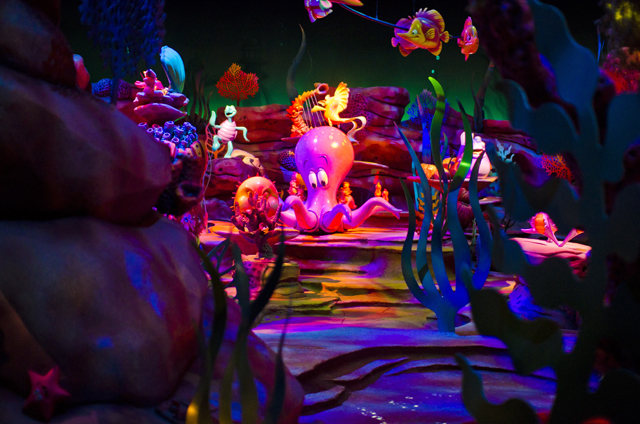 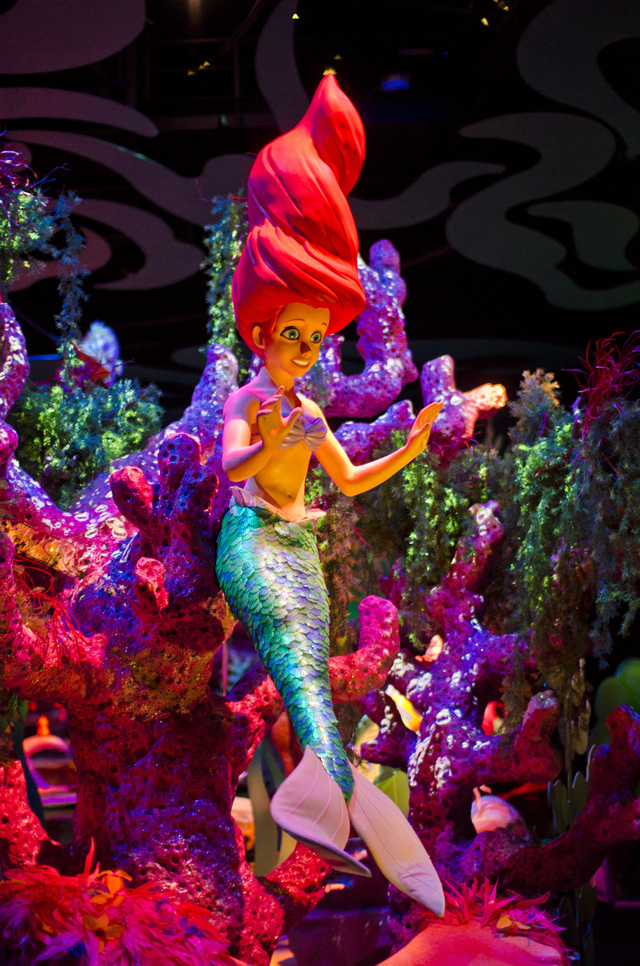 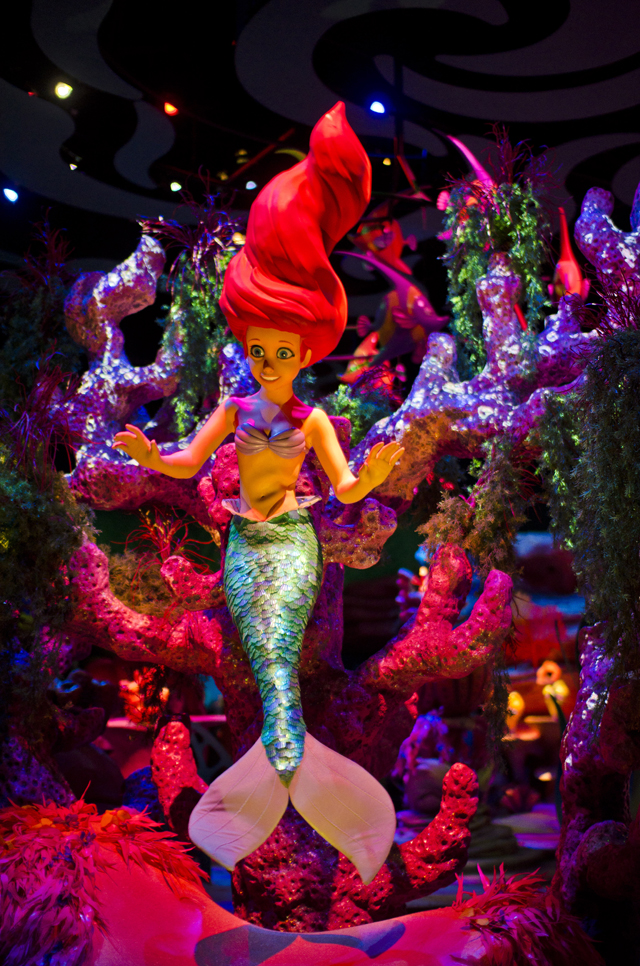 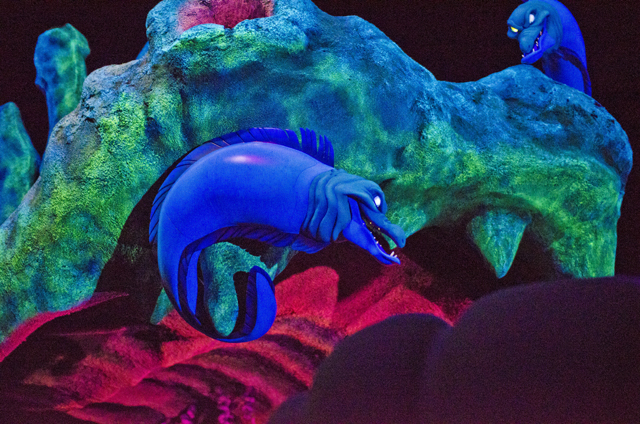 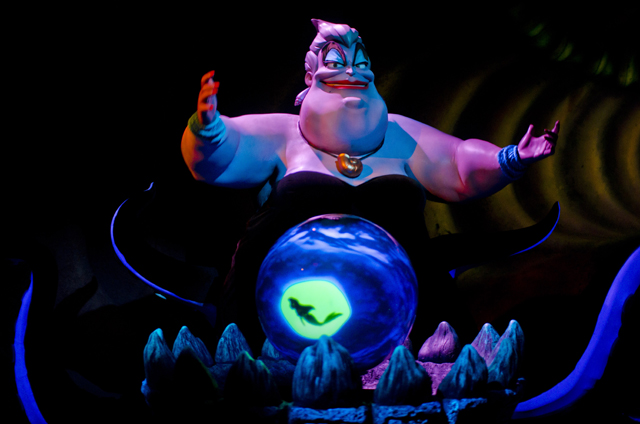 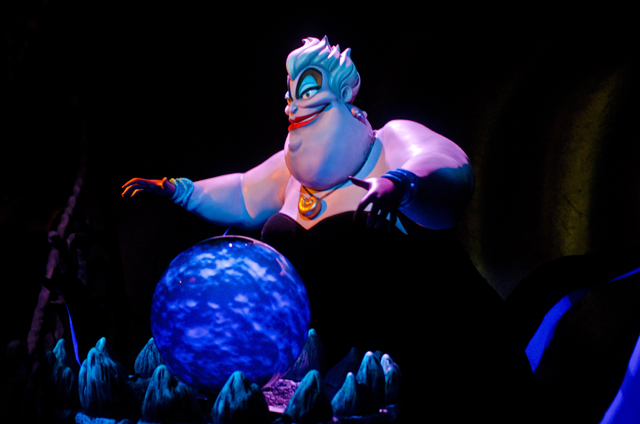 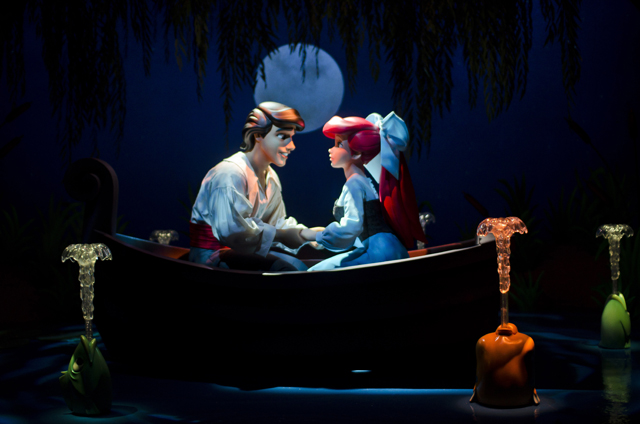 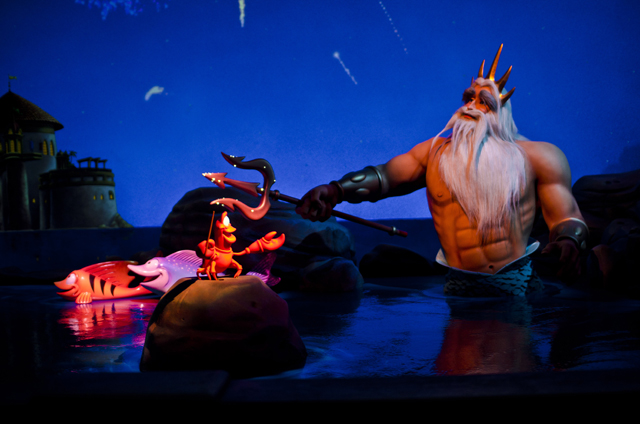 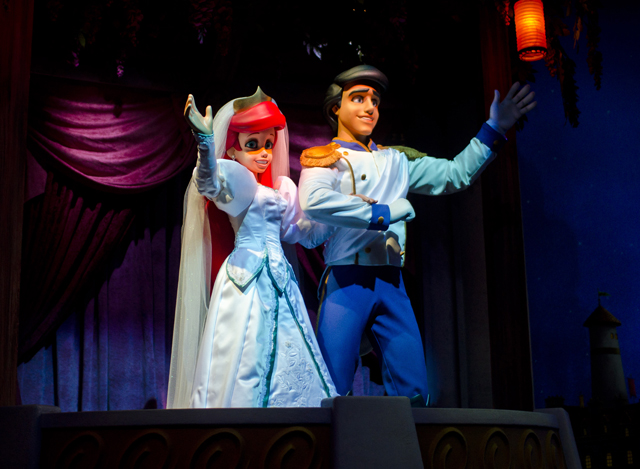 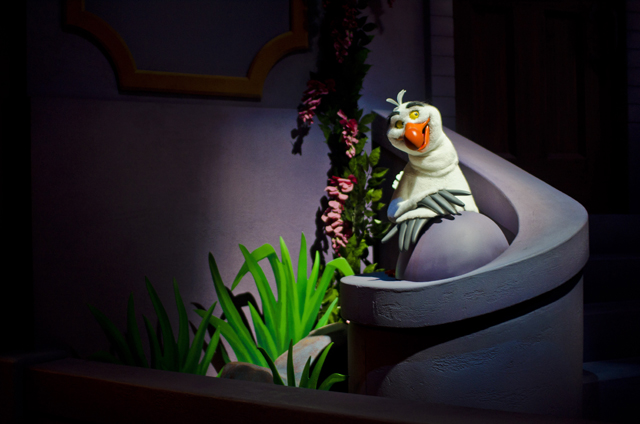 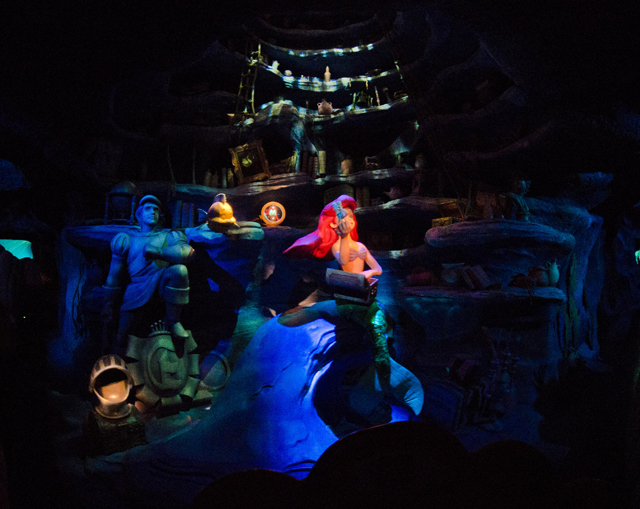 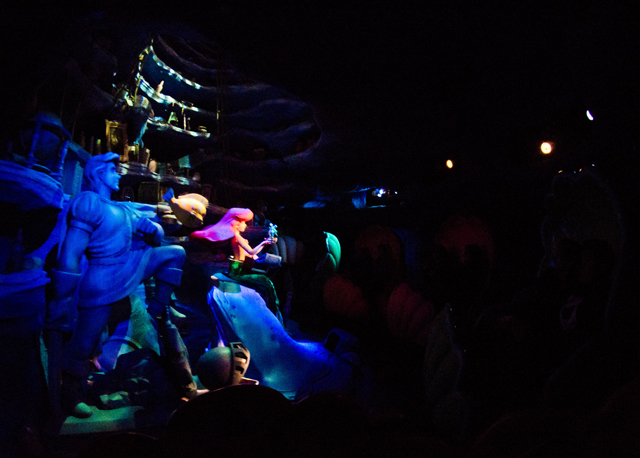 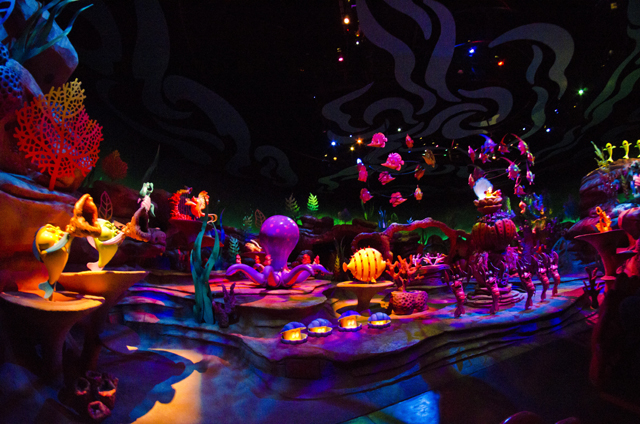 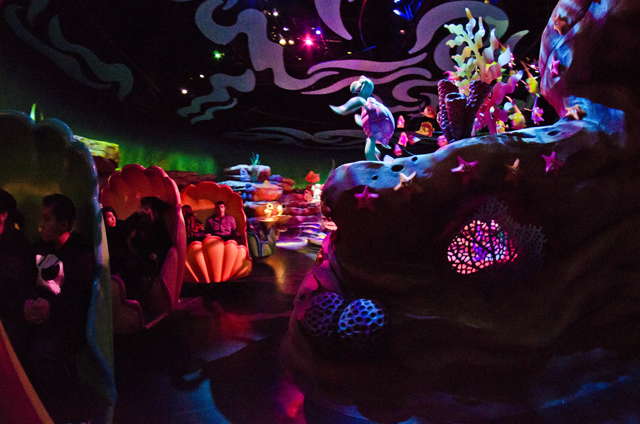 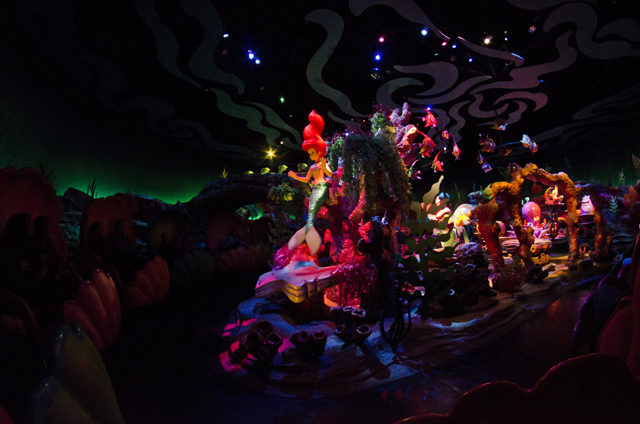 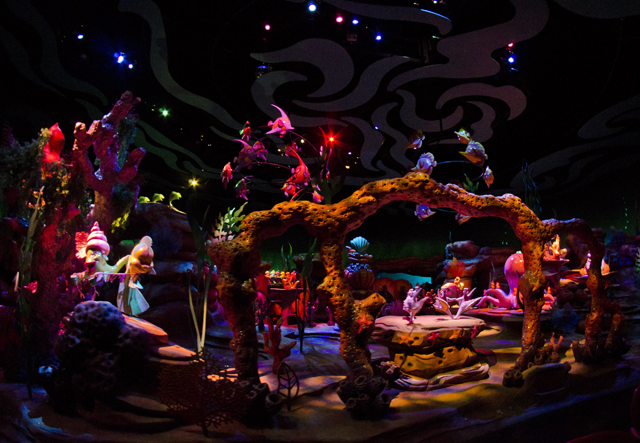 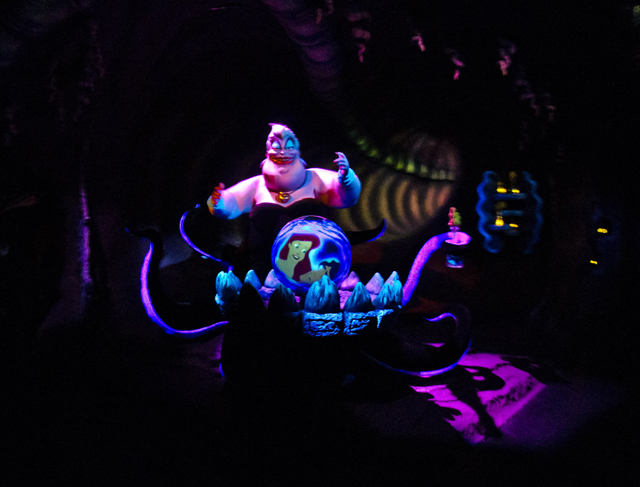 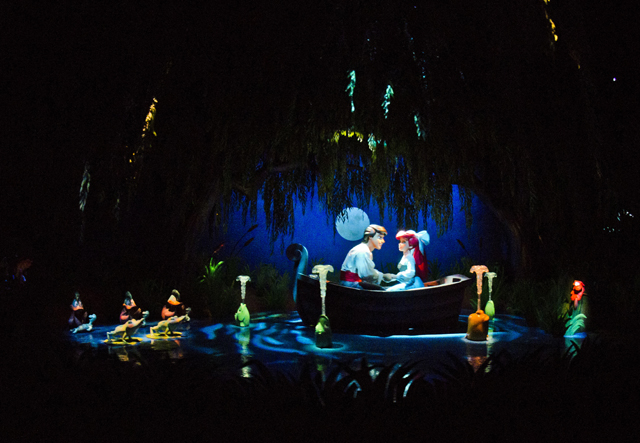 We do hope you enjoyed your under-the-sea photo tour, and will come back soon. While these photos are all from Disney California Adventure, since the Walt Disney World version is a direct clone, these photos should have given you a good idea of what to expect from this attraction in New Fantasyland in Walt Disney World’s Magic Kingdom!

If you’re planning a trip to Disneyland, we highly recommend you check out our comprehensive Disneyland Trip Planning Page. It will assist you with everything from hotels (off-site or on?) to dining and beyond!

What do you think of the Little Mermaid dark ride? Are you a fan? Disappointed by it? Share your thoughts in the comments!