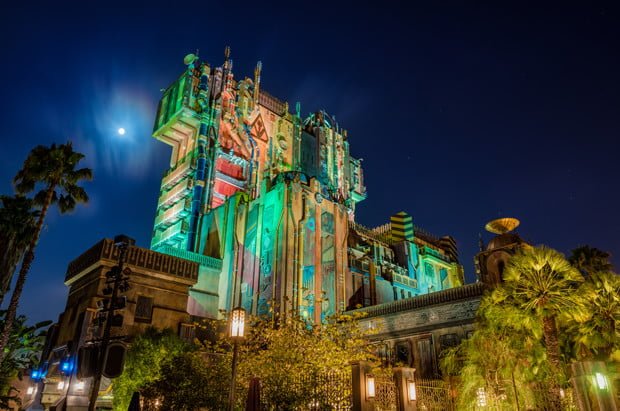 Although it’s been confirmed in the past, an actual location for Marvel Land for Disney California Adventure at Disneyland Resort has now been announced. This new Super Hero themed-land will replace ‘a bug’s land’ and begin opening in 2020. In this post, we’ll offer some thoughts about Marvel Land, and what we anticipate being included.

This confirms what Parks & Resorts Chairman Bob Chapek teased during the Walt Disney P&R panel at last year’s D23 Expo. During his announcement, he indicated that Spider-Man and the Avengers would be joining the Guardians of the Galaxy at Disney California Adventure in a new Super Hero Universe. Now, with the rest of our commentary on Marvel Land…

What’s interesting here is that while “It’s Tough to Be a Bug” closed March 19, 2018 to make way for Marvel Land, but the rest of ‘a bug’s land’ won’t close until late summer. From then until 2020 is just under 2 years (assuming a Summer 2020 opening date), which doesn’t seem like a ton of time to disassemble and relocate the current flat rides, and build something from the ground up.

Frankly, we’re pleased there was an announcement at all. A lot of time had passed since vague details were provided at the D23 Expo, and we were starting to wonder whether the project was being revisited. Beyond the fact that it’s happening and will feature Spider-Man and the Avengers, all other details about Marvel Land remain rumor… 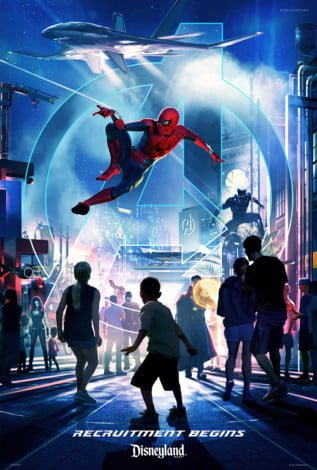 We’d expect this new land to contain two new attractions, plus entertainment. The one persistent rumor is that the land will contain an indoor Vekoma bike coaster. Apparently when Disney purchased TRON Lightcycle Power Run for Walt Disney World, they bought two coasters. This is the second of those.

Previously, rumors pointed to that coaster being Captain America-themed. There’s no mention of him in the press release (and if speculation about Infinity War is correct, perhaps there’s a reason he’s not being featured), so perhaps Spider-Man has taken his place.

Other rumors point to the flagship attraction at Hong Kong Disneyland’s Marvel Land being an elaborate Avengers E-Ticket. While nothing is known about that attraction, it is slated to be the final piece of the park’s expansion, with a target opening date of 2023.

It would make sense for something similar at Disney California Adventure. Both in terms of a blockbuster attraction featuring the Avengers, and also a phased opening that puts that attraction a couple of years after the first phase of Marvel Land. While it’s conceivable for Imagineering to build a launch coaster in a soundstage in only 2 years (or a stage show, if it ends up being that–but we doubt it), that seems like too quick of a turnaround time for an entire land.

This Marvel Land won’t be a quick-and-dirty project akin to Pixar Pier or even Guardians of the Galaxy – Mission: Breakout. Last we heard, Marvel Land was slated to receive a healthy budget, and was going to be done right. A fast turnaround time with Imagineering scrambling to repurpose ‘a bug’s land’ does not seem like it’s in the cards here. Meaning, whatever opens in 2020 will be the first phase of a longer project.

The motivation for opening in phases and having something ready by 2020 probably undoubtedly relates to Star Wars: Galaxy’s Edge, and a desire to pull some crowds to DCA to relieve some of Disneyland’s burden. Not that that will do a ton, but every little bit will help with the crush of crowds Disneyland will be under. 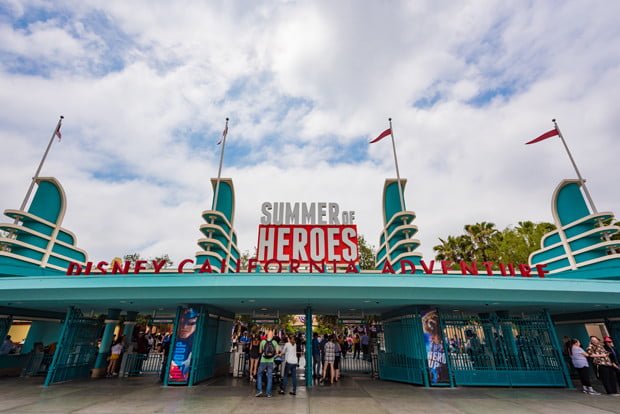 Eventually, Hollywood Land will need to be addressed. Some people might point to the cancelled Eastern Gateway Project as the reason Marvel Land will be replacing ‘a bug’s land’ rather than Hollywood Land. However, an equally plausible justification is that Award Wieners was declared a National Historic Landmark, tying Imagineering’s hands.

While ‘a bug’s land’ is certainly expendable and Marvel Land will be a great replacement for it, Hollywood Land is by far the weakest area of Disney California Adventure. One plan that was rumored last year called for place-making around some of the facades and adding Minnie & Mickey’s Runaway Railway (then the Great Mickey Ride) to the Backlot.

I have not heard anything about this rumor in a while; it might be a matter of waiting until work is done with Minnie & Mickey’s Runaway Railway for Walt Disney World, and analyzing the costs of cloning the attraction. If it’s not that attraction, I suspect it’ll be something else in the very near future.

Again, this will likely be driven by Star Wars: Galaxy’s Edge crowds, and the desire to spread some demand out between the two parks. Otherwise, Disneyland Resort will see a return to attendance numbers that are as lopsided as they were when Disney’s California Adventure opened in 2001 (except with much higher numbers for both parks).

Further developments at DCA are a no-risk, all-win proposition. The park is popular now, but still has plenty of room for growth. With a guaranteed tourist audience thanks to Star Wars: Galaxy’s Edge and the built-in local audience, significant DCA investments beyond Marvel Land are an inevitability. 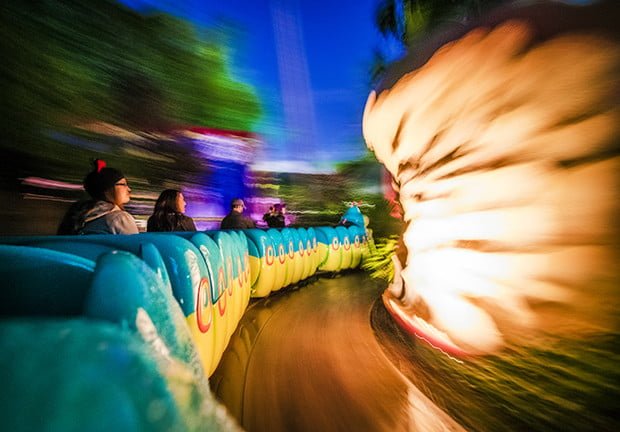 Then there’s ‘a bug’s land.’ Even though a bug’s land does nothing for me personally, I think it’s fair to say that a bug’s land is cute for what it is and satisfies its role as offering families a low-key land with 6 attractions that are approachable for small children.

In a park like Disney California Adventure, it very effectively fills a need. It’s not the pinnacle of themed design, but it’s not awful. Hopefully, more of these attractions will be relocated elsewhere in the park beyond the one that appears headed for Pixar Pier.

While it’s unclear whether this is currently the plan for Marvel Land, I can only assume it is. DCA simply cannot afford to lose its flagship attraction–I can only imagine the protests–and including Heimlich in Infinity War guarantees the film will make at least eleventy-billion dollars at the box office. It’s win-win-win.

Ultimately, I am cautiously optimistic about what Marvel Land will do for Disney California Adventure. While I was staunchly opposed to Mission: Breakout, that was primarily because I felt it didn’t do Marvel justice. This seems to be much bigger in scope, scale, and budget. It does further degrade the “California” theme of DCA, but I think that ship has pretty much sailed. It has been 5 years since Disney California Adventure was ‘reborn’ and really came into its own. I think the park is now ready for the next phase in its development. I say bring it on–whatever that means–as long as it’s done on a high level.

What do you think about the prospect of Marvel Land coming to Disney California Adventure at Disneyland Resort? Thoughts on Spider-Man and the Avengers being the characters highlighted? Are you pleased with Marvel Land replacing ‘a bug’s land’ or do you wish it were being located elsewhere? Would you prefer for Mission: Breakout to change to a non-Marvel concept once Marvel Land opens? Share any questions, tips, or additional thoughts you have in the comments!