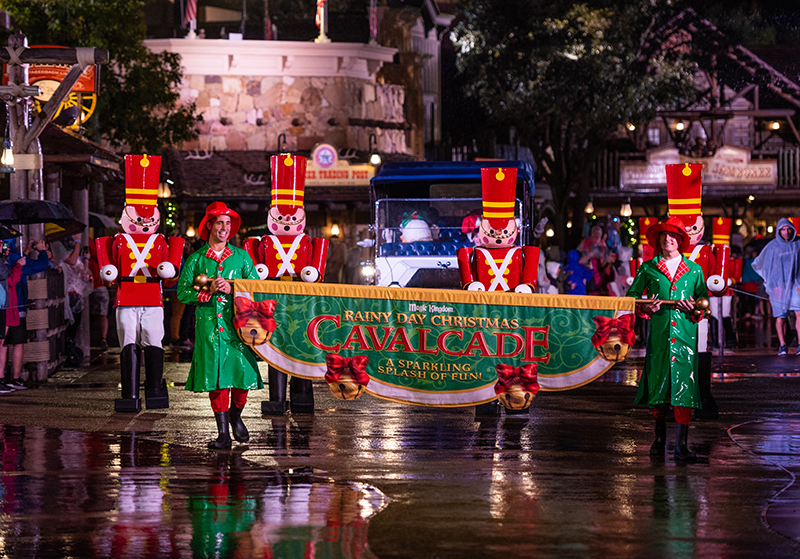 Unfortunately, a lot of the normal Mickey’s Very Merry Christmas Party entertainment was cancelled or modified. The first Mickey’s Once Upon a Christmastime Parade ran in modified form, while the second was cancelled with the Rainy Day Christmas Cavalcade in its place.

Every single Mickey’s Most Merriest Celebration was cancelled. All of the showings of A Totally Tomorrowland Christmas that we tried to see were cancelled. Fortunately, the new Minnie’s Wonderful Christmastime Fireworks were not cancelled.

Unfortunately, they might as well have been. Technically, this was our second time seeing the Minnie’s Wonderful Christmastime Fireworks, as we had previously watched an early morning test from Disney’s Contemporary Resort. However, it’s also the second time we didn’t get the full effect of the show.

This time, that was because wind and rain combined to form the perfect storm of negative conditions, causing smoke to significantly impair visibility. If you watched the Disney Parks Blog Live Stream, you already know this–but it wasn’t any better in person.

In fact, we were directly in front of one of Walt Disney World’s camera crews–pretty close to Cinderella Castle–and we could barely see half of the projections. There were points when we couldn’t see the pyro at all, and could barely make out Cinderella Castle. I’ve never experienced anything like that. 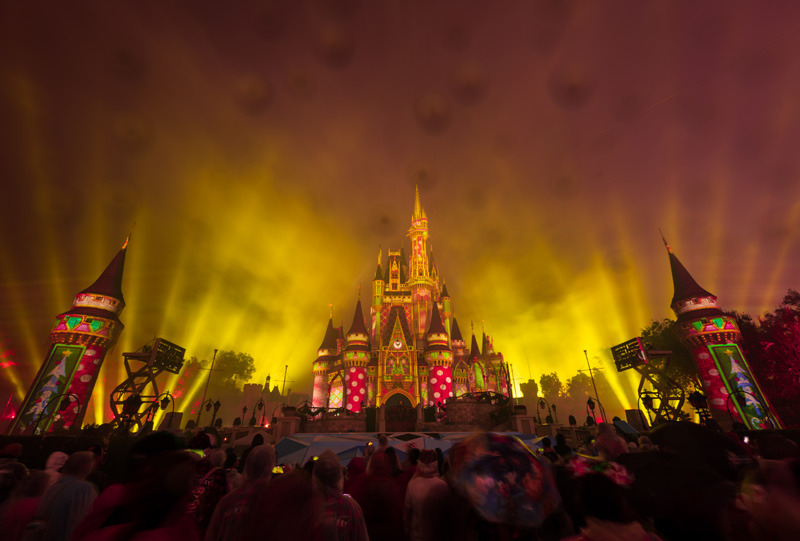 Between the projections being obscured and rear pyro shrouded by smoke, it’s impossible to offer a credible review of Minnie’s Wonderful Christmastime Fireworks. I want to think that I liked the music, but there are two impediments to that. First, I was so busy fighting the losing battle of keeping my lens dry (I don’t even know why I bothered, the photos are all garbage anyway), that I was a bit preoccupied.

Second, so much of Christmas music is about sentimentality and nostalgia for me, and that’s impossible to have on a first listen. I know Paul McCartney’s “Wonderful Christmastime” is one of those songs that it’s cool to hate, but I love it. (Again, sentimentality and nostalgia.) My first impression is that I like the way this was weaved through the show in a way that’s both catchy and original. 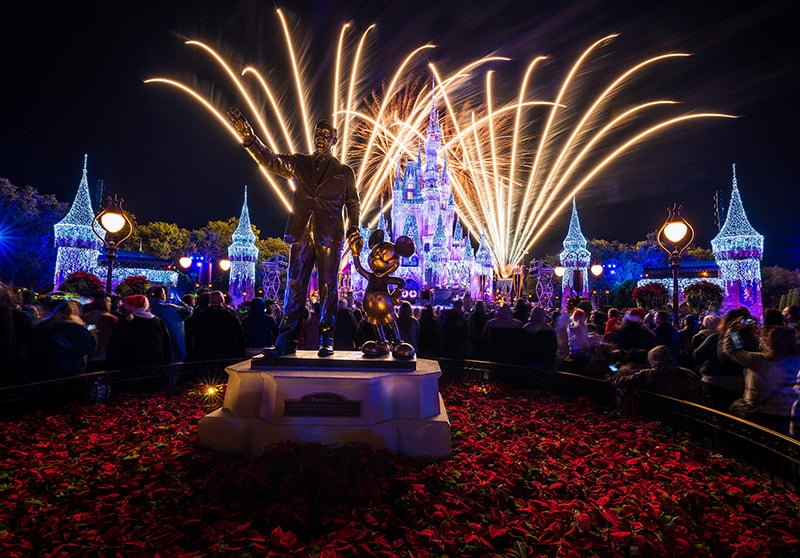 With that said, Holiday Wishes has what’s perhaps an insurmountably high bar for me. While I had almost zero attachment to regular Wishes or even HalloWishes, Holiday Wishes is a totally different story. “Spirit of the Season” is one of my favorite Christmas songs–not just Disney Christmas songs, any of them. 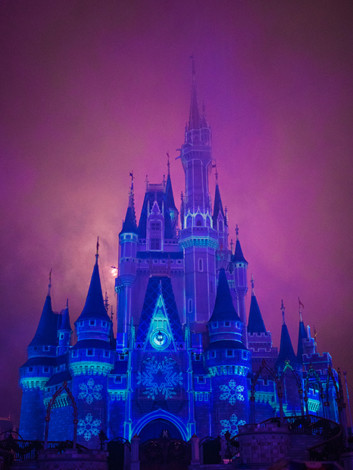 However, I’m also a staunch advocate for Walt Disney World replacing entertainment more frequently. I’d be a hypocrite if I complained about a dated, decade-plus old fireworks show sticking just because of my sentimentality. Part of the bargain of new entertainment is saying goodbye to old favorites without grousing about it.

In any case, I couldn’t see much of Minnie’s Wonderful Christmastime Fireworks and I haven’t heard enough of the soundtrack yet for it to have made an impression. Who knows? Maybe this new show will surpass Holiday Wishes for me. I’m guessing it won’t, but I’ll have a full review after we see it again. 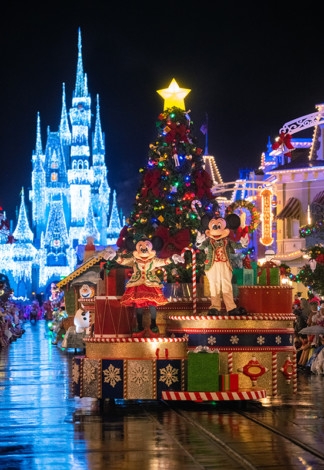 As noted above, the first Mickey’s Once Upon a Christmastime Parade ran in modified form. This means a few performers are relocated, but the parade is mostly the same as normal. If you haven’t seen it several times, you probably wouldn’t notice.

The biggest difference is actually the lack of snow on Main Street. For photography, this is a huge loss. Not only does the snow look great in photos, but it also helps conceal noise due to high ISOs. 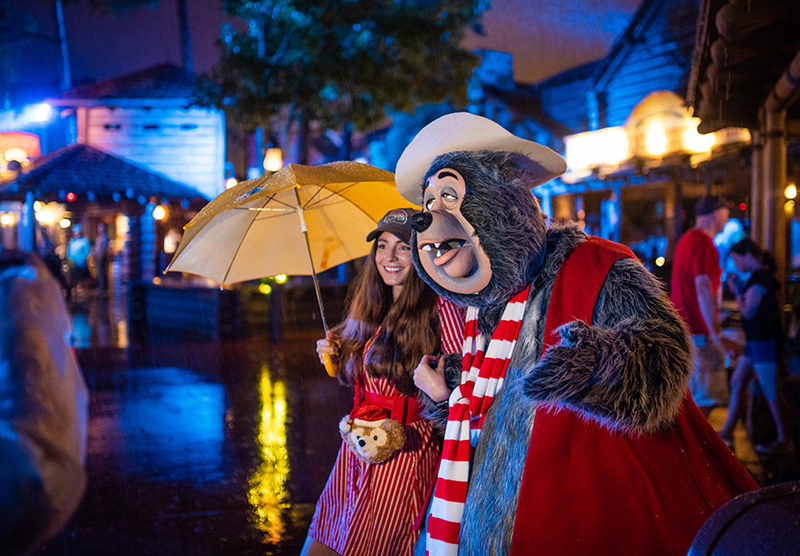 Given the entertainment cancellations, most of our time was spent back in Frontierland. Even while it was raining, the Country Bears were outside–because they’re consummate professionals who are dedicated to their shenanigans and making guests happy.

Once the Disney Deluge got more intense, they relocated to inside the Diamond Horseshoe. Of course, the antics continued in there. 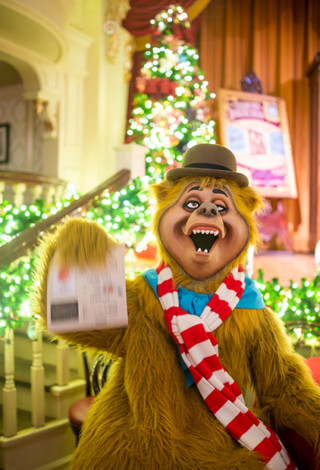 We’ve stressed this in numerous party reports, but it nonetheless bears reiterating: the Country Bears offer the absolute best meet & greet at the Christmas Party.

Not only are they free roaming and fun, but they never have a line and offer genuine and amusing interactions. It’s not simply a matter of churning through guests for a posed photo as quickly as possible. 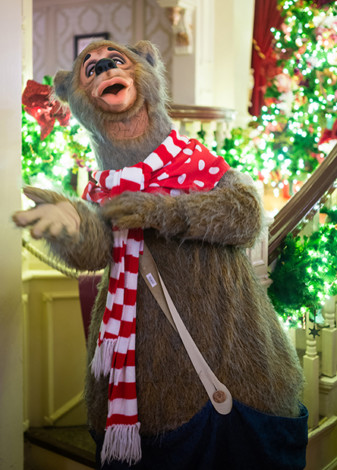 If this doesn’t sound appealing because your kids “don’t know who these bears are,” there’s an easy remedy for that: do Country Bear Jamboree repeatedly until they’re know and adore each and every bear.

Not only is Country Bear Jamboree one of the greatest attractions at Walt Disney World, but it’s one that builds character. It’s sort of like edutainment, except for the personality. But I digress. 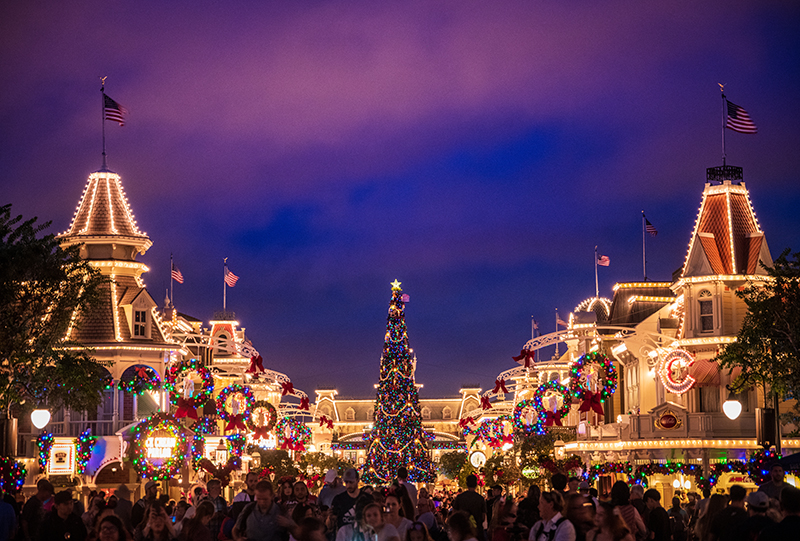 Given that this Mickey’s Very Merry Christmas Party was sold out, we anticipated a lengthy discussion of attendance, congestion, and that sort of thing. It’s clearly a topic of interest, as evinced in the 130 comments to our recent Is Mickey’s Not So Scary Halloween Party Too Crowded? post.

Unless the attendance cap was lowered for Mickey’s Very Merry Christmas Party–and that is a possibility if guest feedback on MNSSHP was bad enough–it stands to reason that the same issue would be present for the Christmas Party. If anything, it’d be worse; MVMCP tends to have more sold out nights and occurs during a busier time of year. 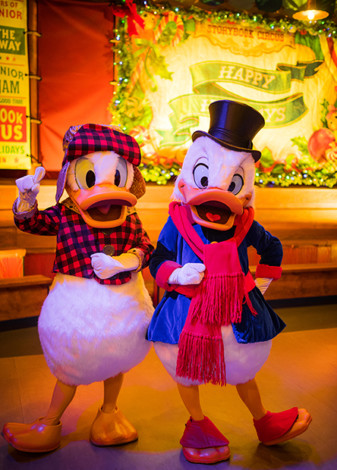 However, it’s impossible to say based upon the first night. Although this Mickey’s Very Merry Christmas Party sold out weeks ago, it never really felt busy aside from on Main Street and the hub between A Frozen Holiday Wish and the first Mickey’s Once Upon A Christmastime Parade.

This could have been due to the overlays and offerings better distributing attendance throughout the park. The more plausible scenario is that it was due to the rain. 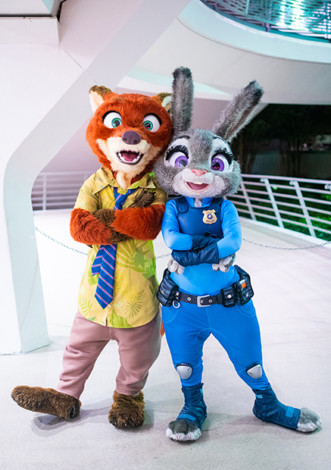 We did notice a mass exodus of crowds both after the first parade and the fireworks. It was definitely much more pronounced than anything we witnessed this year at Mickey’s Not So Scary Halloween Party. To the contrary, more guests than normal hung around later into the Halloween event this year. Again, there’s no explanation for the difference aside from the rain.

Later in the evening, we could’ve met several characters–ones that normally have long lines–with no waits. However, we were already soaked and disheveled at that point, and didn’t really have much desire for photos looking like we’d fallen into the castle moat and dragged ourselves out. (We’re assuming other guests shared in our sentiment, thus explaining no lines for the characters.) 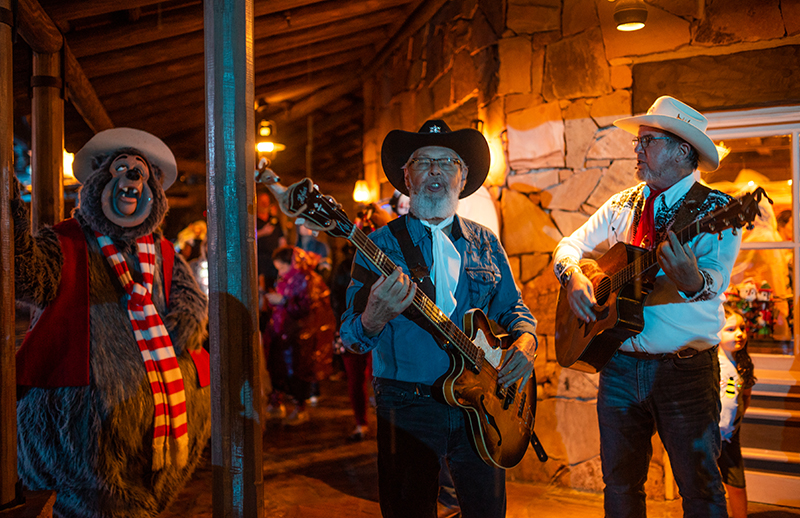 Accordingly, I’ll withhold commentary on crowds until we have a chance to attend another party. I’d encourage anyone reading this to leave their own feedback on crowds (for the most useful feedback, please include the date you attended and what year, if at all, you last attended MVMCP) at future Mickey’s Very Christmas Party nights, though.

Ultimately, we had an enjoyable evening at Mickey’s Very Merry Christmas Party, all things considered. A big part of that is the fact that we’ve done most of this before, and will have a chance to do it all again. If we were first-time, one and done guests, we definitely would’ve been disappointed about all of the entertainment cancellations and modifications. 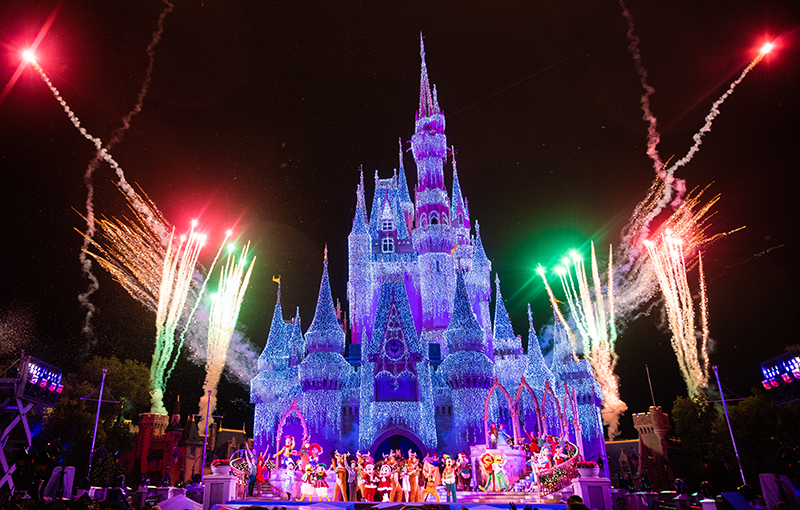 Obviously, Walt Disney World cannot control the weather. It’s all about making the most of the situation, offering alternatives, and counter-programming that’s not cancelled due to the rain. The good news is that there’s plenty of that. Mickey’s Very Merry Christmas Party offers a ton of exclusive entertainment–more than you could ever done in a single night of the event.

A lot of that is indoors, or can be moved indoors due to inclement weather. The bad news is that the unequivocal highlights are the parade, fireworks, and stage show. Without those, you’re definitely not getting the full Mickey’s Very Merry Christmas Party experience. We’ll be doing another party in early December, and will report back on our evening then!

Did you attend opening night of the 2019 Mickey’s Very Merry Christmas Party at Walt Disney World? Did you make the most of the rain, or call it an early night? If you’re stumbling upon this post later, what was your experience with crowds at MVMCP? Any thoughts of your own to add? Agree or disagree with my assessment of the event? Hearing from you is half the fun, so if you have questions or comments, please share below!