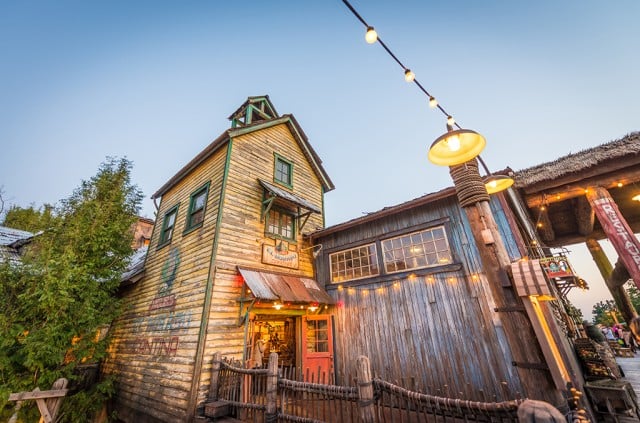 The backstory here is that the owner Miguel went to El Dorado (the “City of Gold”) with dreams of finding a mountain of gold, but was unsuccessful in his quest for riches. I guess the logical alternative was to open this Mexican restaurant for other explorers?

One thing that boggles my mind about Tokyo DisneySea is that it has so many large restaurants with insane capacity. I understand that the park draws a lot of guests, but there are at least 6-8 counter service restaurants here with more capacity than most restaurants at Walt Disney World or Disneyland. Miguel’s is one such restaurant like this, with two levels of seating, plus outdoor seating. This is really something given that it’s located deep in the Lost River Delta, the port-of-call farthest away from the park’s entrance.

Add to that the fact that it’s one of two counter service restaurants in Lost River Delta with Cosmic Ray’s Starlight Cafe-level capacity (the stated capacity of Cosmic Ray’s is significantly higher than these, but there restaurants appear larger to me), and you’ve really got to wonder why there’s so much capacity. We dined here on a weekend when Tokyo DisneySea was near hitting capacity, and even then the majority of tables here were empty. (The same cannot be said for Cape Cod Cook-Off a/k/a “The Duffy Restaurant,” which has a huge seating area, but had an hour-plus wait.) 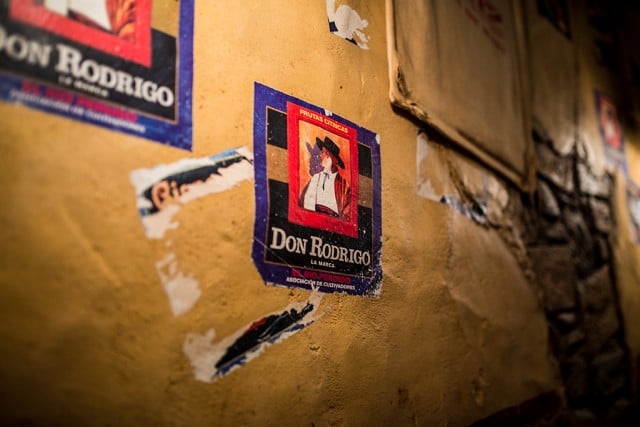 Regardless of the “why” behind this much seating, it’s a nice feature of the restaurant and gives guests plenty of option. The riverfront seating is probably the best choice, with the DisneySea Transit Steamer Line boats passing by on El Rio Perdido, and the light sounds and tranquility of the Lost River Delta really adding to the ambiance. No matter where you choose to sit, you’ll probably have a good amount of tranquility, though, as it’s generally a quiet restaurant without many other guests around. 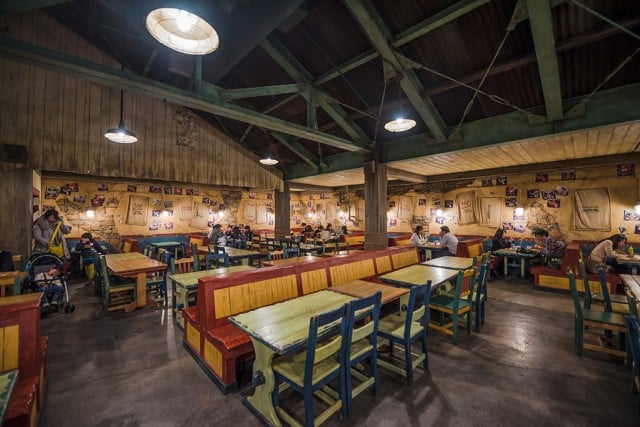 Serious fans of Mexican food will likely be disappointed by Miguel’s El Dorado Cantina. If you complain about Tex-Mex or Americanized Mexican food, this restaurant is absolutely not for you. I’m not sure whether there’s a term for “Japanesized” Mexican food, but that’s probably what you’d call this. It is Mexican to the extent that the particular foods served here are Mexican varieties, but it lacks the preparation and spices that you’d typically find of authentic Mexican cuisine. In short, it’s about as mild as mild gets. 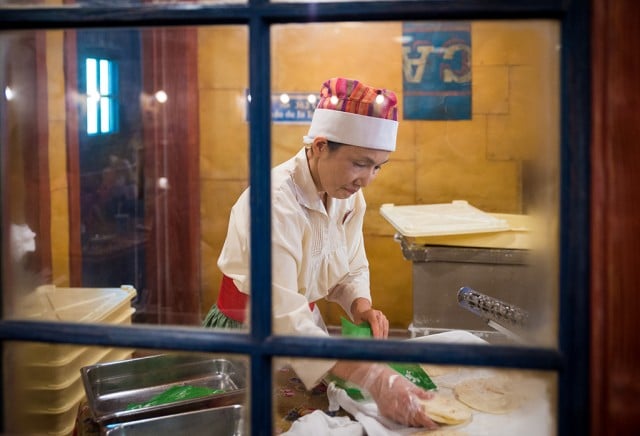 With that said, we both really enjoyed the food here. I prefer mild Mexican food, so that was absolutely fine with me. What was really important to me was the quality of the food, and I think it’s very high quality. The biggest thing to that end is that they freshly-make the tortillas in-house! For a counter service restaurant in a Japanese theme park, I thought this was huge. Aside from the delicious tortillas, everything that we’ve had here has tasted fresh and made from quality ingredients. Perhaps part of the reason the freshness stuck out is because we had eaten at Sebastian’s Calypso Kitchen earlier in the day when we dined here… 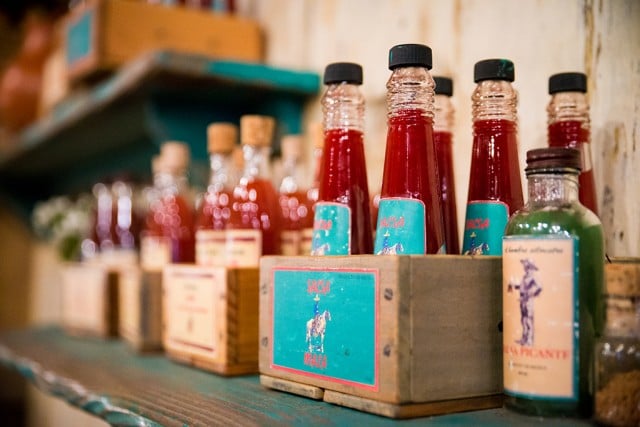 There are details in Miguel’s El Dorado Cantina, but as compared to other restaurants at Tokyo DisneySea, Miguel’s is lacking. 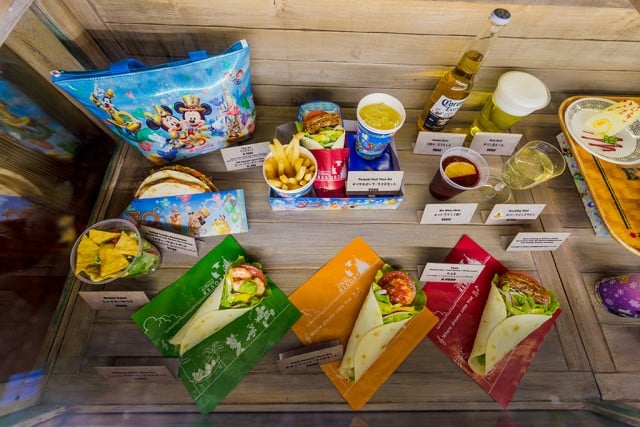 As is the case with all restaurants at Tokyo DisneySea and Tokyo Disneyland (and most restaurants in Japan, for that matter), there are display cases with food samples. The lower three items are shrimp, teriyaki pork, and chicken tacos. 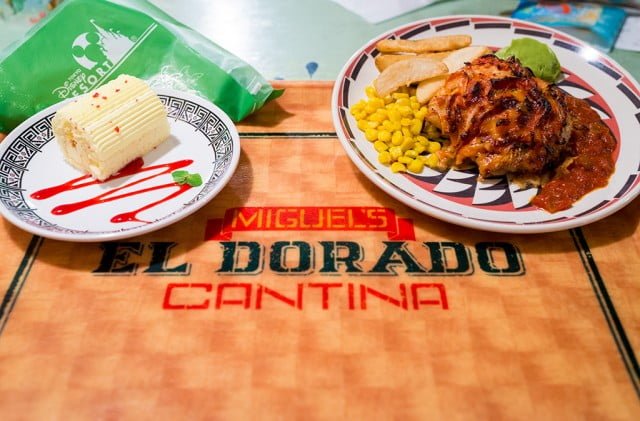 Here’s the Baked Cheese Chicken. The chicken has hearty and had a great taste, probably thanks to the cheese topping it. I was a big fan of this dish, but again, it’s not really authentic. 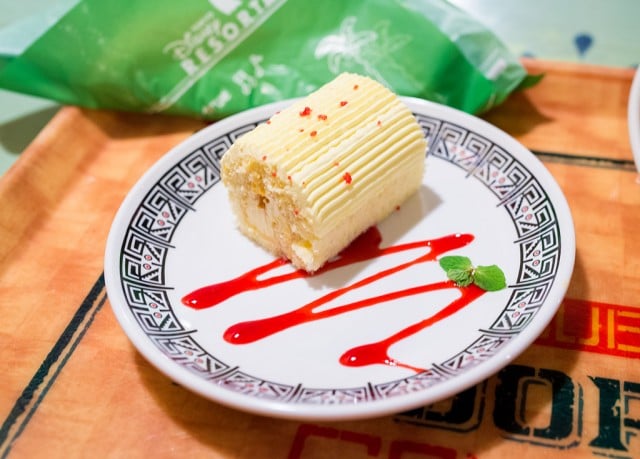 My meal came with the Mango Yule Log (this was the Christmas Special Set). It was every bit as delicious as it sounds. It didn’t rival the Plaza Inn Yule Log at Disneyland, but it was excellent, nonetheless! 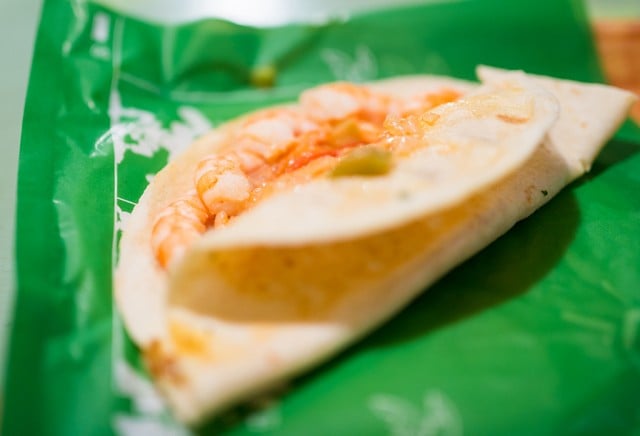 The grilled tortilla sandwiches were also good. The shrimp one (above) was probably the highlight, as these shrimp seemed much higher quality than “tortilla-grade.” 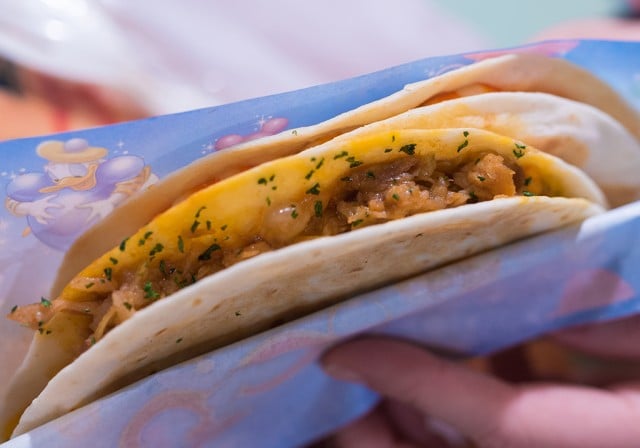 The Mexican beef tortilla was another great option. 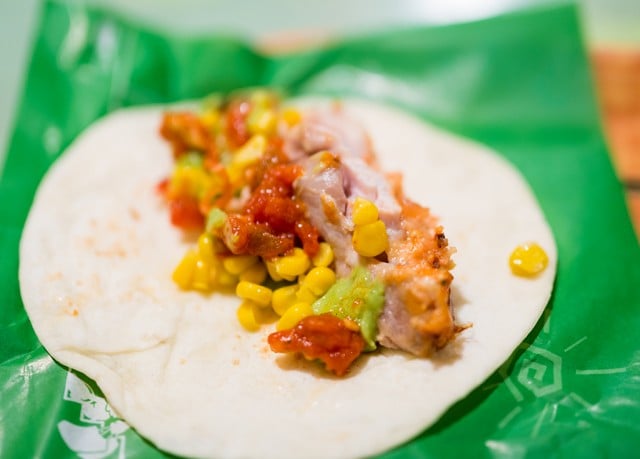 Sarah got this one, I believe it was the Teriyaki Pork Taco, but I’m not totally sure. Whatever it was, she really liked it, although she would have preferred something with a bit more kick. 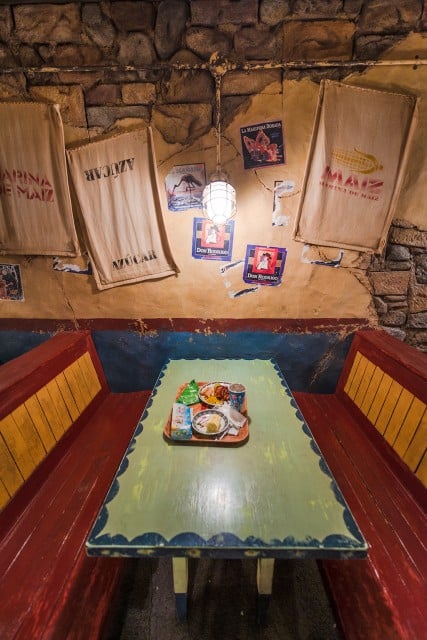 Overall, we liked Miguel’s El Dorado Cantina, and will likely eat here again. With that said, it does not come highly recommended unless you really like Mexican food and don’t mind if it’s mild, or if you have a lot of time at Tokyo DisneySea. Our hang-up in highly recommending it actually has little to do with the food. It’s more due to the fact that the restaurant just doesn’t thematically excel like many other choices around the park, and unless you have 3+ days just in Tokyo DisneySea, there are more novel and interesting places you should hit first. As for the food, absolutely no complaints on it from me, but it definitely is mild and not even remotely authentic, so your mileage may vary on that.

Have you dined at Miguel’s El Dorado Cantina? What did you think of it? Are you a fan of Americanized Mexican food, or do you prefer the real thing? If you have any questions, tips, or thoughts to share, please post them in the comments. We love hearing from readers!