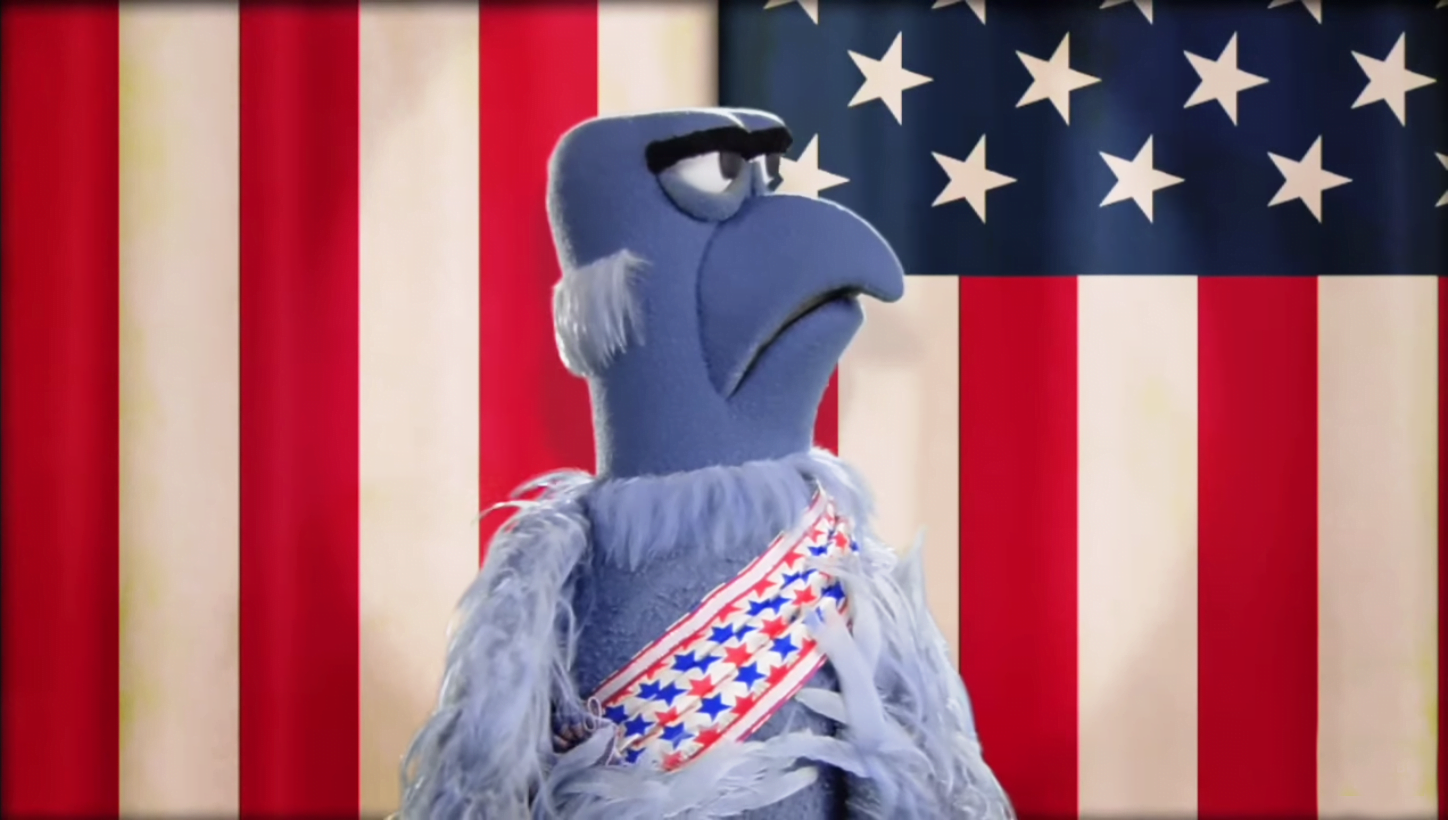 Editor’s note: we don’t normally run guest pieces, but it’s a holiday and we had an offer we couldn’t refuse…

Greetings, denizens of the internet. It is I, Sam Eagle, and I am here to discuss with you a matter of considerable import: potential upgrades to the Disney-MGM Studios theme park at the Walt Disney World Resort in Florida. Your regular author is off on holiday, but as I never cease working, I have agreed to fill in, in his stead.

I am told that normally these articles begin with rambling introductions, but I believe brevity is best, so I shall begin at once with my list of improvements…

7. Rock ‘N’ Roller Coaster – American rock and roll band Aerosmith is beloved by all, excepting of course, kids today who lack taste in musical groups. Although it is our responsibility to build the character of younger generations by molding them in our images, a compromise is in order here. Multi-generational national treasures Dr. Teeth and The Electric Mayhem Band would offer an alternative sure to arouse the enthusiasm in guests of all ages.

It has also come to my attention that a large guitar, no matter how impressive, does not have the design spirit of Sunset Boulevard. I would suggest a new facade reflecting an amalgamation of styles, drawing from the likes of Pantages Theater, Amoeba Records, or Roxie Theatre.

6. Teddy Roosevelt Lounge – The original concept, a dignified idea by which I stand, was to convert BaseLine Tap House into something educational, an attraction to be known as “A Salute to All World Leaders, But Mostly U.S. Presidents.” The obstinate editors of this website have advised me that such an attraction, known as Hall of Presidents, already exists in Magic Kingdom so such an attraction is “redundant.” As if a single tribute to liberty’s leaders in some other theme park is sufficient!

Although clearly in the right, in the spirit of compromise, I relented. Instead, Disney’s Hollywood Studios shall pay tribute to our greatest leader, Theodore Roosevelt, in a stately lounge that is an ode to the many accomplishments of this president’s life. The unprecedented venue will be the greatest dining location at Walt Disney World, with a menu of porterhouse steak, whiskey, whole potatoes, and Samuel Adams. 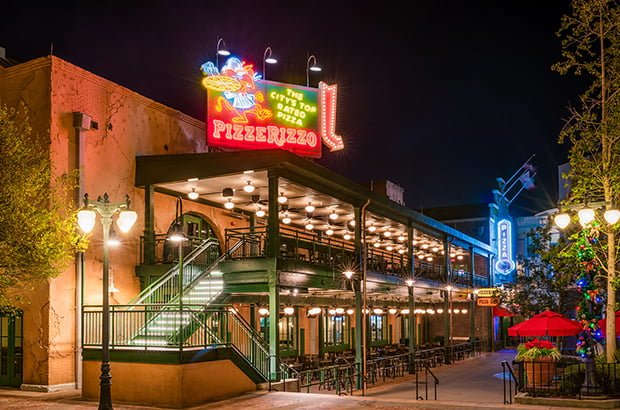 5. PizzeRizzo – The concept of a rat in the kitchen is foolishness that no entertainment company should ever indulge. Not in movies, television, and certainly not in theme parks.

I am confident that this company’s one-time mistake could easily be rectified with a transfer in ownership to respected culinary mind, Swedish Chef. He would bring integrity and quality to this lackluster establishment.

4. Jim Henson Presents – Walt Disney is an American original, and a national treasure. The attraction dedicated to his legacy and the inner-workings of the entertainment he helped to create provides inspiration and great civic value. I cannot fathom why any sensible tourist would bother with whimsical free-fall or simulation rides when a treasure trove of knowledge exists to be gleaned from Walt Disney Presents.

Of course, this cultural institution should never be removed, but more experiences of its kind should be added to provide academic merit to this park of amusements. The innovations of a certain Mr. Jim Henson and his Creature Shop come to mind, and showcasing the industrial light and magic techniques of Mr. George Lucas would provide occasion to pull back the curtain on technology used elsewhere in this so-called ‘studio’ park. There is plenty of room for both backstage showcases in under-utilized buildings around the campus–visitors will survive without having their self-portrait taken with a “Wookie.”

3. Curmudgeonly Character Dining – Celebrity adulation has crept into our way of thinking in recent times, from Kimberly Kardashian’s television program right down to glamorization of piracy by Jake and his Never Land cronies. Although I do respect the lifesaving work performed by Doctor McStuffins, Hollywood & Vine should change its nature at once.

Rather than encouraging children to fawn over celebrities at this character dining experience, Hollywood & Vine will henceforth instill dignity and character into young people. This thrilling new experience will present youngsters with an opportunity to hear Statler and Waldorf read riveting selections from Thomas Paine’s Common Sense and Ralph Waldo Emerson’s Self-Reliance. It will be the best of both worlds: a hearty meal and interactions with respected community elders. Be sure to book your ADRs early!

2. Christmas Carols – While I do not have time for the frivolity of holidays, I do make two exceptions to this rule. Exception the first: Independence Day, the most distinctly patriotic holiday of all. Exception the second: Christmas. Celebrating this most joyous occasion with family, friends, and capitalistic consumption is the American way.

Christmas is the one day of the year when I lift my prohibition on song and merriment, and embrace the spirit of the season. My colleagues and I have made several motion pictures paying tribute to Christmas, and we could perform our songs during the evening as a limited time engagement in Theater of the Stars to honor this day…during the entire months of November and December.

1. Grauman’s Chinese Theater – It has come to my attention that a certain mouse and his unruly friends will soon take up residence in Grauman’s Chinese Theater, replacing Great Movie Ride. Let the record reflect that there were once plans for a tasteful attraction, to be known as the “Great Muppet Movie Ride.” It was to be a moving voyage through the cinematic adventures of America’s most beloved actors, the Muppets.

We must break management’s inclination to insert rodents where they do not belong, and restore greatness to this extraordinary theater.

As an added bonus, the duration of MuppetVision 3D will be increased at once to 3 hours and 7 minutes. Seven minutes for a condensed version of the normal show which we can all agree drags a bit thanks to that moping bunny, and the remainder for the restoration of the show’s glorious three-hour finale in full. It’s not as if there is anything better to do at Disney’s Hollywood Studios.

Do you agree or disagree with Sam’s ideas for Disney’s Hollywood Studios? If you disagree, keep in mind that the ideas presented here are those of Sam Eagle alone, and do not reflect the views of anyone else associated with this blog. Any other Muppet-y additions you’d like to see at DHS, or elsewhere around Walt Disney World? Any other questions? (Other than the obvious WHY?!) Please share your thoughts below in the comments!