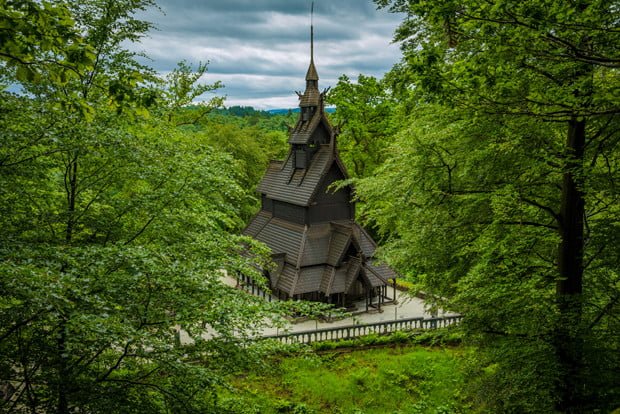 Day 6 of our Disney Magic Norwegian Fjords cruise aboard was a port day in Bergen, Norway. This Disney Cruise Line report picks up after our impromptu day at sea due to the cancellation of our Geiranger port day.

The second-largest city in Norway, Bergen still has a small-town intimacy and atmosphere. These two things work to Bergen’s advantage, giving it plenty of character and points of interest to experience. It’s also a college town, so it has that certain inarticulable energy to it. (Perhaps an odd comparison, but it reminds me a bit of Ann Arbor, Michigan…if that were a Norwegian port city.)

Bergen was the city about which I was most certain when making our itinerary. Even though Bergen has a lot to offer, there was no real conflict or hard decisions that had to be made. I was pretty sure we’d be able to do everything we wanted to do in Bergen. As with past installments of this cruise report, I’ll start with some planning info…

The first thing to do in Bergen is Mount Floyen and the Funicular. Literally, the first thing. “Rope drop” this; be one of the first people to get off of the ship and walk directly to the funicular.

Alternatively, if you end up sleeping in, you’re likely better off saving it until late afternoon. 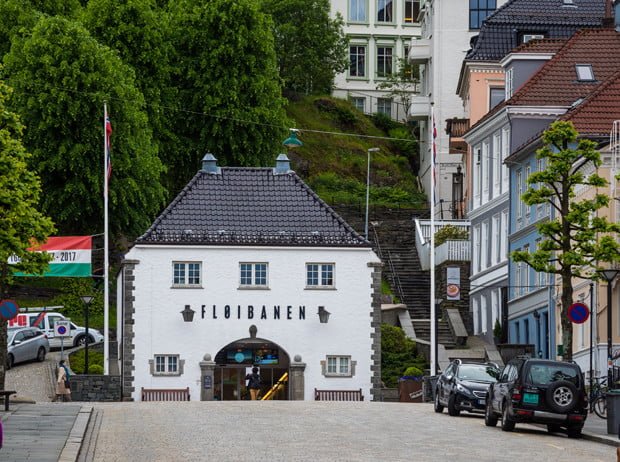 This is a must-do for everyone who visits Bergen, and as such, it seems most cruisers head to the funicular in the morning. We had a zero minute wait to do the funicular, but when we came down, there was a huge line stretching out the door.

While up at Mount Floyen, be sure to do the short “hiking” loop that takes you out to the small lake. It’s a lovely, goat-filled trail. We spent around an hour up at Mount Floyen, but you could easily experience it in 30 to 45 minutes. Don’t just go up to see the view and immediately leave. 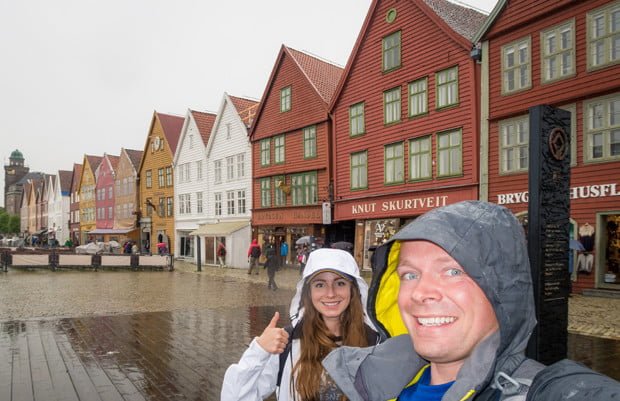 On your way there, you’ll pass by one of the other must-dos: the Bryggen Hanseatic Wharf. This picturesque series of vibrant, old-world buildings is a UNESCO World Heritage Site, and you’ll want to spend time there later, particularly in the Hanseatic Museum and SchÃ¸tstuene.

Highly recommended for insight into what you’re seeing in Bryggen. 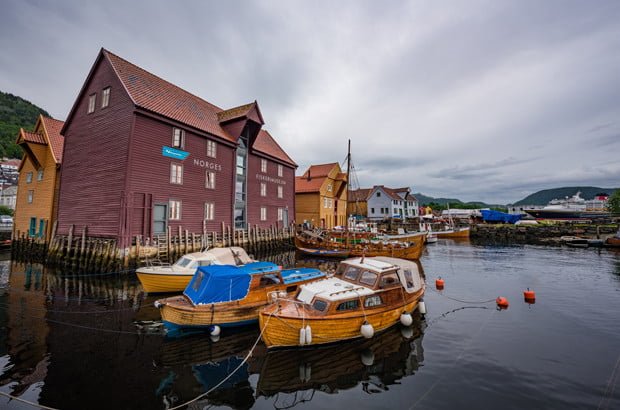 We also recommend purchasing the joint ticket for the Hanseatic Museum that also includes the Norwegian Fisheries Museum, and transportation in between.

The Norwegian Fisheries Museum is exceptional, and provides a ton of insight into one of Norway’s largest industries. It’s not a huge museum, but features a diverse group of exhibits making it worthwhile for all ages. 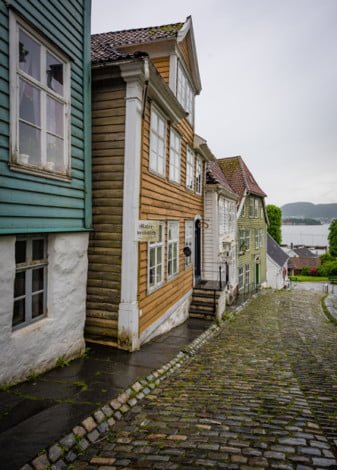 Our next recommendation is visiting Old Bergen. This is an under the radar location, and the only reason we went is because a friend told us that part of Spirit of Norway was filmed here. Officially called the Old Bergen Museum, it’s really more of a village than a museum.

It features 50 wooden houses dating from the 18th, 19th, and 20th centuries all reconstructed to form a small town representative of life in Bergen. We walked to Old Bergen from the Norwegian Fisheries Museum, but taking public transit would be more efficient. It’s not a pretty walk. 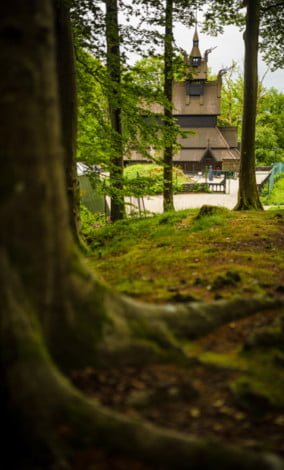 One potential recommendation is Fantoft Stave Church. This is not technically in Bergen, so you have to take the Bergen Light Rail (there’s a station near the Funicular station) out to it. Get off at the Fantoft Station, and it’s about a 10-minute walk from there (signs make it easy to find). Be sure to have cash for admission.

We did this because (to us) a stave church is iconic to Norway due to years of seeing one at Epcot. This one is definitely neat, and in a cool wooded location, but it does take some effort to get there. It was rebuilt in the 1990s, so it doesn’t have the history of some stave churches in Norway, but it’s the only one we could see on the cruise. We also had a “challenging” experience with this church, which I’ll share below in the report. 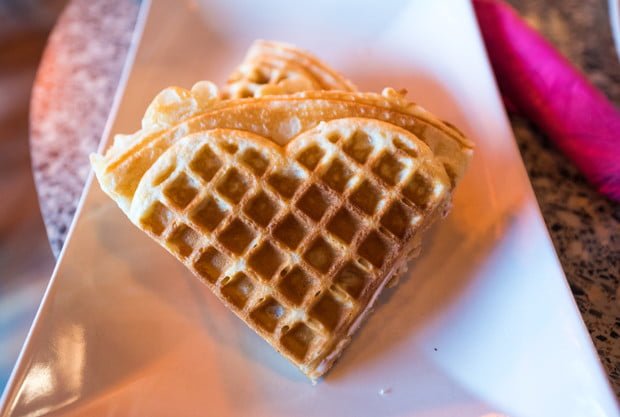 Finally, food. We made an effort to avoid spending money out of pocket at the other ports, but that went out the window in Bergen. On the recommendation of a few friends (and singer Sigrid!), we had pizza at Kafe Special. A good, cheap option that caters to a college crowd, but not distinctly Norwegian.

We also dined at BarBarista, to try Norwegian waffles. This spot is highly recommended for both its eclectic decor and it’s amazing waffles. Make a point of eating here. Once again, we also stopped at Godt BrÃ¸d, the bakery where we bought school bread earlier in the trip. We had school bread here again, and it was fantastic. 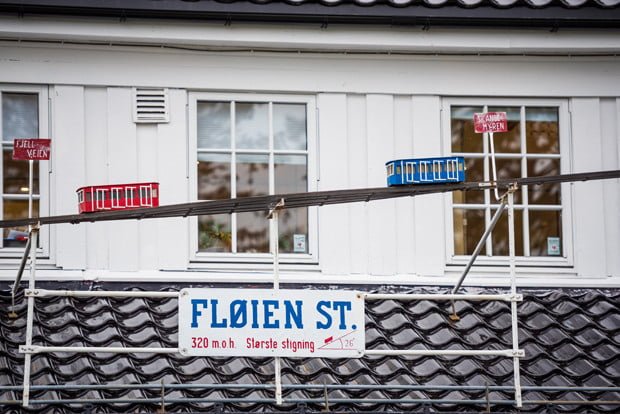 One thing you might want to consider is the Bergen Card 24 Hours. This provides free or discounted admission to a number of points of interest (including some above), plus unlimited public transit.

It didn’t quite work out for us, but if we tweaked our itinerary just a bit, it would have. 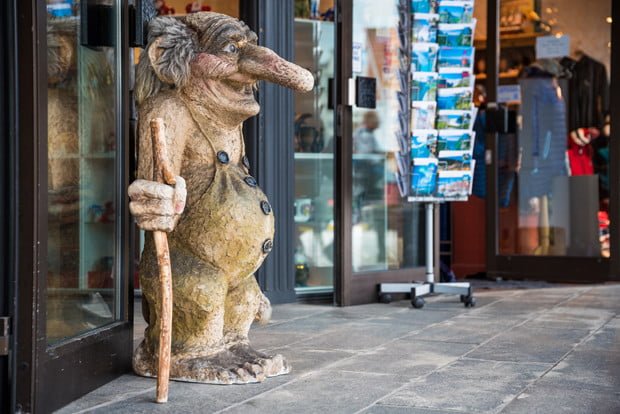 We made this recommendation before, but it bears repeating: skip the CitySightseeing Tour Bus. Bergen is easily walkable, and part of the experience is strolling past the storefronts and absorbing the old world charm.

The hop-on, hop-off might seem convenient, but really, it’s just a waste of money. 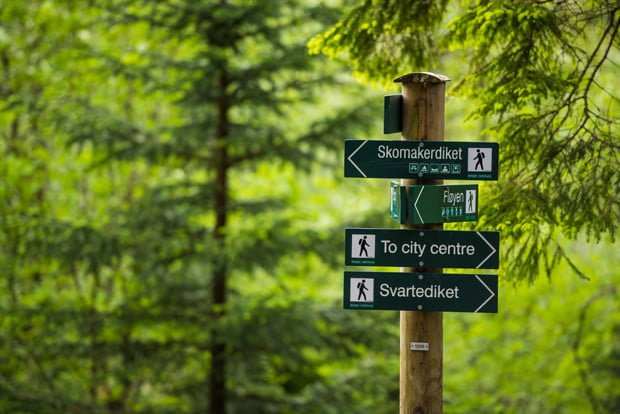 Another option we briefly considered–but quickly ruled out–was a condensed version of the Norway in a Nutshell tour. I’ve mentioned this a few times in the report, so I should probably clarify that this is not an official tour (if you Google it, you might be led to believe otherwise).

The Norway in a Nutshell “tour” is a self-guided itinerary consisting of various forms of trains, buses, and ferries that takes you through the mountains and fjords. This is how we were originally planning to see Norway, and when I had planned it out that way, we were expecting to spend around 5 days doing this tour. 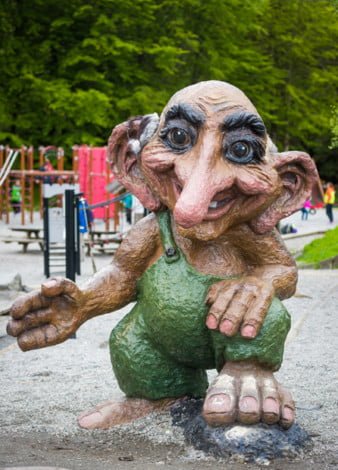 The frenetic pace of doing the Norway in a Nutshell tour in a single port day was what caused us to quickly rule this out. Plus, we still hadn’t spent much time just wandering around any of the port cities, and this itinerary would’ve been another port day almost entirely consumed by one activity.

By this point in the trip, we were already contemplating a return trip to Norway, and it made more sense to do it then. 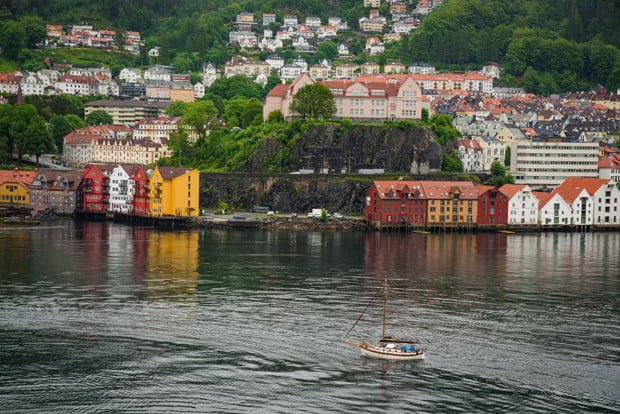 At the time, I thought our itinerary for Bergen was pretty flawless–at least for our interests. In hindsight, I might give some thought to the Bergen City Museum, Bergen Maritime Museum, Fjell Fortress (outside of the city), and KODE — the Art Museums of Bergen. One thing a lot of people also seem to like is the Leprosy Museum, but that does not interest me in the slightest.

I’m not even remotely disappointed by our itinerary–we had an excellent day in Bergen. I think it’s more of a hindsight is 20/20 type of thing. I just mention those other locations to provide you with some additional options if you’re planning your own visit to Bergen, Norway. 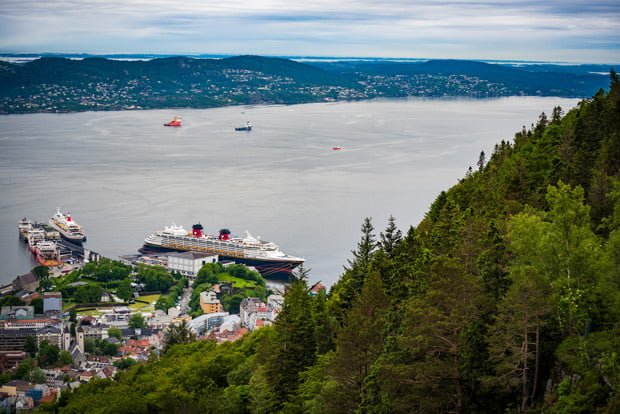 Alright, on with our experience in Bergen. As with every morning, we started out by watching the ship arrive into port, and then had breakfast down at Cabanas.

At this point, I’m going to share with you a really bright idea I had: pack ourselves lunch so we wouldn’t have to buy food in Bergen! We were able to take food (except produce) off the ship, so this seemed like a good idea. Before you judge me too harshly for what seems like an obviously bad idea, just remember: I had not had any coffee yet that morning and good ideas aren’t my thing.

I decided to grab some smoked salmon off the Cabanas buffet, and put it in paper cups with ice at the bottom. Then, I grabbed a couple of bagels and cream cheese, and wrapped all of this up in cloth before throwing it into Sarah’s backpack. Like all great ideas, this plan was hastily formed and executed without much regard to potential downsides. On Page 2, we’ll share what we did in Bergen, including the ‘downside’ to my brilliant salmon refrigeration technique…