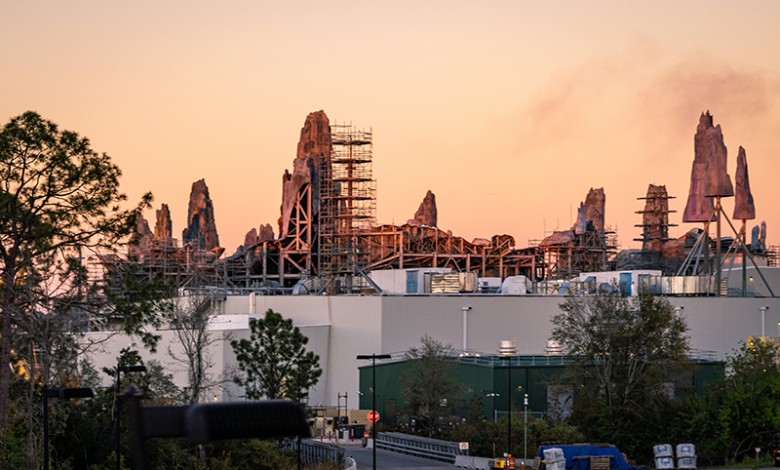 For ages, people have been saying, “there’s no off-season at Walt Disney World anymore.” It’s true that almost every year for just under a decade, annual attendance has increased. In most cases, this has been 1% to 5% bumps (per TEA reports), but it’s still noticeable–especially in aggregate. (Last updated February 4, 2019.)

During our visits to Walt Disney World last January and February, we were shocked by the crowds. Data showed that wait times were up over 20% year over year, and the parks felt even more crowded than that due to reduced capacity on attractions and shorter operating hours.

Wait times actually decreased by modest amounts in the second half of the year, which is especially noteworthy because Magic Kingdom operating hours also decreased, with fewer early openings and late closings (the times of day most likely to have shorter wait times. That’s the good news–the bad news is that wait times were once again elevated in January 2019.

In the original incarnation of this post, we speculated that last year’s spike was due to a range of factors, from shifting school schedules to James Cameron to the economy and consumer confidence. In our subsequent post, Explaining Increased Crowds at Walt Disney World, we offered Disney’s manipulation of ride capacity as the most likely scenario.

It would appear that Walt Disney World is up to these same games again in 2019, as average wait times were frequently higher in January than they were last October, November, or December. Given that January used to be a sleepy time of year that we referred to as the holiday hangover, this is quite the change. 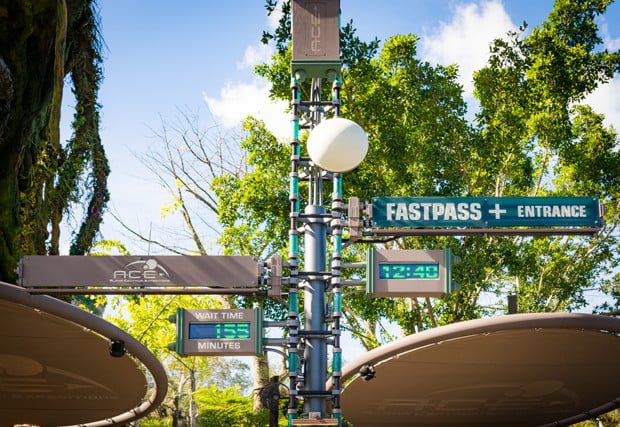 In addition to ride capacity, Walt Disney World has mastered the art of manipulating crowds, incentivizing guests to travel during what used to be the off-season. Perhaps the biggest exemplar of this is the Walt Disney World Marathon, and we should note that it occurred almost a full week later than normal in January 2019, which undoubtedly had a more prolonged impact on crowds.

This is nothing new–Disney has been effectively manipulating crowds for (at least) the last 5 years, refining its approach along the way. This would explain October and early December gradually becoming more crowded over the course of several years, but not the surge that has been evident more recently.

When analyzing crowds of today, it’s also worthwhile to look at past trends, particularly in tandem with the economy. During the global financial crisis, attendance at Walt Disney World held relatively flat. This was an impressive feat during the Great Recession, and led to a view of the parks as recession-proof. (In part, this led to the investments we are now seeing–Parks & Resorts was viewed as a stable and reliable business unit.)

Since the economic recovery began, attendance at Walt Disney World has soared. Magic Kingdom’s attendance numbers have climbed by over 3 million annual guests during that time, per TEA reports. This is in spite of pretty steep ticket and hotel price increases, neither of which have done much to slow attendance growth.

This is one big reason why “there’s no such thing as off-season at Walt Disney World” has become such a popular refrain. Not only were crowds significantly lower during the Great Recession, but operating hours were actually longer. (Remember when Evening Extra Magic Hours used to be 3 hours?!) 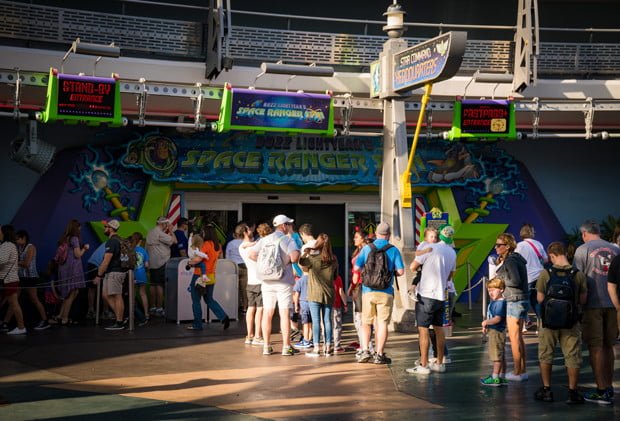 This all brings us back to the titular question: is there an off-season at Walt Disney World? Last year, we answered that there is not much of an ‘off-season’ in traditional parlance. That seems to be true thus far in early 2019, but there are signs that there’s still an off-season.

For starters, last fall was particularly slow, leading us to write another article, “All Quiet on the Crowds at Disney World Front.” We’d expect that trend to continue in 2019, especially as many guests are postponing trips until Star Wars: Galaxy’s Edge opens.

While we are anticipating crowds to be bonkers once Star Wars: Galaxy’s Edge opens (likely in November or December 2019), one big silver lining is that in the months leading up to it, crowds should be pretty soft. We’re already seeing signs of this with Walt Disney World dumping hotel inventory on Priceline Express and releasing Free Dining several months early.

However, one unfortunate byproduct of Walt Disney World’s sometimes aggressive reductions of ride capacity is that it’s very difficult to predict what wait times will look like, even on days when attendance is markedly lower. If attractions have their capacity cut in half, that can have a huge impact on wait times–even on less busy days. 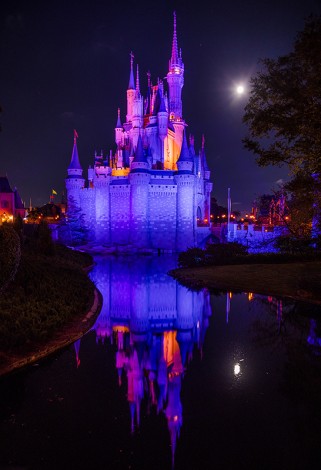 Due to this, aggressive discounts we’re likely to see this year, and the big unknown of when Star Wars: Galaxy’s Edge will debut, I would have an increasing amount of skepticism when relying upon crowd calendars. I think things have been trending in this direction for a few years now, actually. Crowd calendars still have utility at a high level when considering over-arching trends–and when viewed in tandem with weather and seasonal events–but I would not put my full faith in day-by-day, park-by-park scores. Relying upon these for planning your travel dates is an invitation for disappointment.

This sentiment is not a shot at other planning resources. Our own Best and Worst Months to Visit Disney World post underscores the low crowds of January, dubbing them as “lethargic.” If what we experienced in January 2019 is lethargic, I fear what Easter or October will look like. In the few years since we first published that post, I’ve revised its rankings several times, as crowds continue to grow and shift. After waiting in line 20 minutes for the TTA PeopleMover in January and seeing several attractions with 2-3 hour waits on a regular basis, I am about ready to throw my hands up in defeat.

There was a time when the past was the best predictor of the future when it came to Walt Disney World crowds. Data from previous years coupled with park hours, school calendars, etc., could produce reliable forward-looking predictions about Walt Disney World crowds. I’m not sure to what extent that remains true. There seems to be far more fluidity and unpredictability to crowds now. 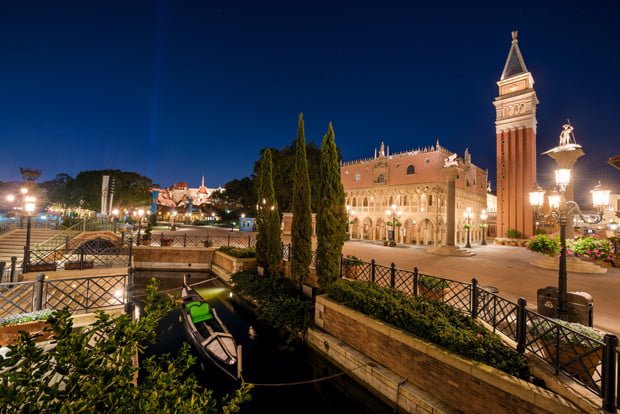 As for whether the concept of an off-season at Walt Disney World will truly be a thing of the past after Star Wars: Galaxy’s Edge opens, I don’t think so. What the robust economy giveth, the sluggish economy taketh. (Although not entirely, see the ‘recession-proof’ line above.) It’s hard to envision the economy continuing its current trajectory unabated, indefinitely. To the contrary, a ‘correction’ (to put it mildly) is due at some point in the medium-term.

When that happens, either attendance will fall or discounting will be more aggressive to maintain current numbers, or both. With each price increase and upcharge offering, Disney is gradually shifting its reputation to being a luxury travel destination. That’s a perception those who are firmly in the middle class–a demographic visiting now in strong numbers because they are doing well–will likely remember if when there’s a recession.

What I think is less likely is a return to the off-season crowd levels of the aughts and decades prior. Those days are gone, unlikely to return at any point in the foreseeable future. Walt Disney World has grown and changed considerably (a reality that’ll be further cemented with the opening of Star Wars: Galaxy’s Edge and the additions of the 50th Anniversary after that), as have the sophistication of the company’s marketing and crowd-spreading efforts.

For long-time Walt Disney World fans, this might all sound like bad news. Selfishly, we all want our visits to be relatively crowd-free. We also want the parks to continue growing and evolving (except when our own nostalgia is threatened). It’s all a delicate needle to thread. While I have some trepidation about what the future might hold in terms of crowdedness and pricing, I’m also incredibly optimistic about the money being invested into the parks right now, and how much better things will look for Walt Disney World’s 50th Anniversary. Frankly, if I had to choose between the lower crowd levels of a decade ago coupled with the creative stagnation of that era, or the all-around growth of today (and the near-future), I’ll choose the latter every single time. Absent of being able to pick the “right” dates on the calendar, there are still other ways to beat the crowds. At Walt Disney World just as in life, the times they are a-changing; you better start swimming or you’ll sink like a stone.

What has your experience been with crowds at Walt Disney World recently? Have you encountered ‘dead’ weeks in the last two years? Do you agree or disagree with our take on the off-season? Any questions we can help you answer? Hearing feedback about your experiences is both interesting to us and helpful to other readers, so please share your thoughts below in the comments!

211 Responses to “Is There an Off-Season at Disney World?”