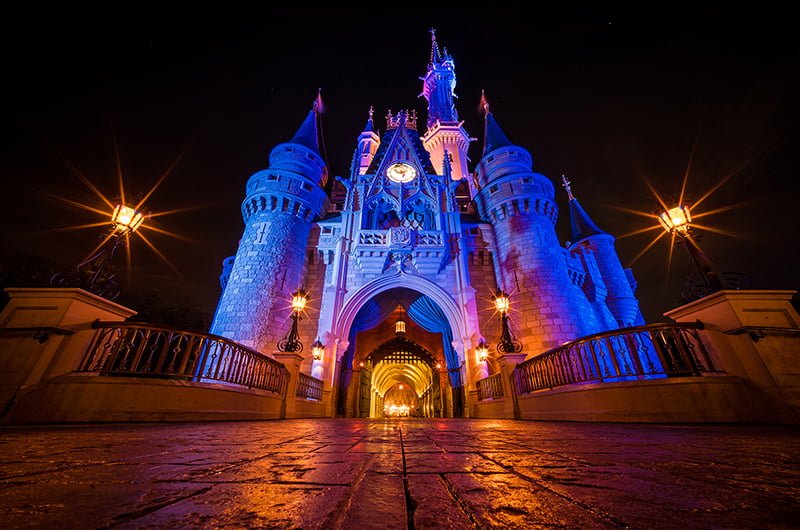 Walt Disney World crowd trends have been quirky the last few years, which is something to which we’ve paid close attention. Last year, we wrote Summer is No Longer Peak Season at Disney World. Another post from early this year asked the titular question, Is There an Off-Season at Disney World? Well, if our August & September experience was any indication, we can answer that with an emphatic YES!

We originally weren’t going to write about our experience with lower-than-normal crowds, because it’s not exactly breaking news or a splashy story. Unlike light summer crowds, sky-high October occupancy (both of which are now the new normal), or heavy January/February crowds (the jury is still out on whether this continues–we’re betting on no), this isn’t totally abnormal. August and September have been among the lightest months of the year for a long time, so some of this could be written off as much ado about nothing.

To be sure, we’re not suggesting this is some huge story, a harbinger that Walt Disney World is in serious trouble, or sign that prices have gone too much and too many potential guests are being priced out. Honestly, we don’t think it’s any of those things. In this post, we’ll discuss the signs of a quieter than normal off-season at Walt Disney World, what we think is causing this, and what it could mean for the future…

The first sign of a quiet occupancy is hotel occupancy. With schools going back into session, fall has traditionally been a slower time of year for on-property hotels at Walt Disney World, which is why the Free Dining promotion was created years ago, in the first place.

Even calling this promotion wildly successful at filling hotel rooms would be an understatement. Free Dining has propped up occupancy and created a ton of demand for fall. Last year, even despite Hurricane Irma, domestic hotel occupancy was at 84% for this quarter, which is healthy (and even that was down 3% year over year).

This year, we spoke with a few Cast Members at the resorts who noted things were slower than normal, with not nearly as many “full” nights. Perhaps more interestingly, we heard indirectly that Cast Members working guest recovery at Caribbean Beach were having no issues moving people to other resorts–that availability was pretty much wide open. 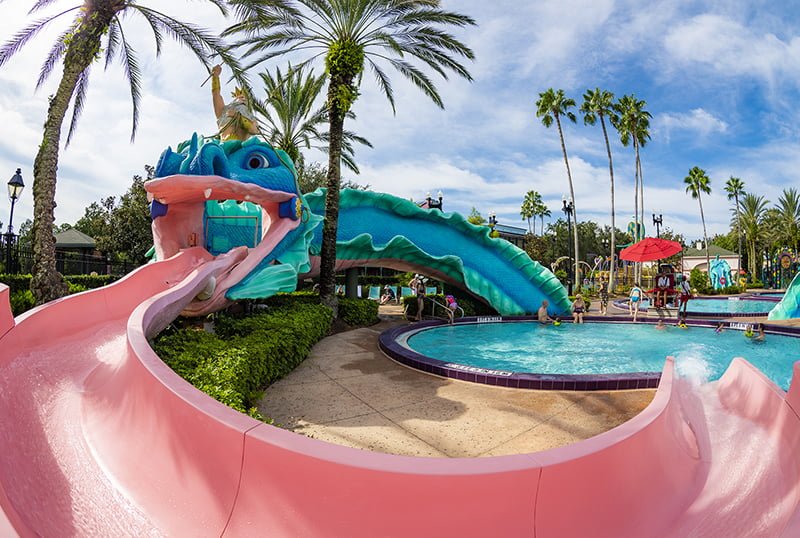 As for us, every resort we stayed or visited this trip was dead. I’m not one to extrapolate too much from anecdotal observations, but Caribbean Beach, Coronado Springs, Yacht & Beach Club, and both Port Orleans Resorts were veritable ghost towns during the time we spent at each. Even Stormalong Bay was uncrowded–and it was hot out!

We started our trip with a couple nights at Port Orleans French Quarter, and our room was ready before 9 a.m. via online check-in. In the past we’ve had luck arriving on a red-eye flight and going to the front desk to inquire about any open rooms, but we didn’t talk to anyone this time. Likewise, the pools and food courts were quiet each time we passed by them.

French Quarter was not the only Walt Disney World hotel listed on Priceline for September travel dates. Polynesian, Swan & Dolphin, Fort Wilderness, and Riverside have also been available–and those are just the ones of which I’m aware. For what it’s worth, finding Walt Disney World resorts on Priceline or other ‘blind deal’ sites is not unprecedented, but deals this good are rarer. (Look for a post on this topic coming soon.) 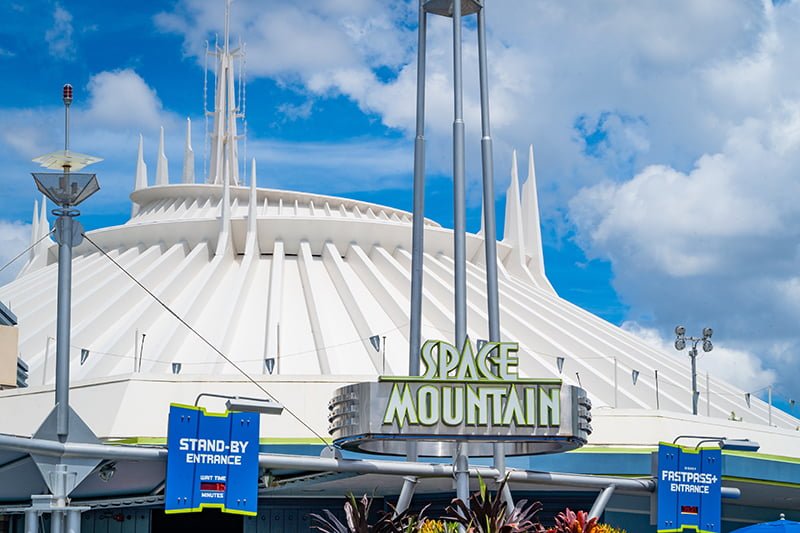 As for the theme parks, this is the least busy trip we’ve taken in a good 3-4 years. As noted in our Magic Kingdom Construction Update, we saw Space Mountain with a 15-minute posted wait midday, and that’s just the start of it. Many attractions had low wait times–seeing Frozen Ever After around 30 minutes was not uncommon, and that held true even once Epcot’s Food & Wine Festival started.

Generally speaking, the parks felt less congested, too. The only real exception to this was Epcot at the start of Food & Wine, but that’s always the case. Our experience would seem to be corroborated by an update from WDWMagic indicating that various areas are being requested to trim back labor costs due to unexpectedly soft attendance.

In the last couple days, we’ve now heard reports that several areas of entertainment are being scaled back, most notably with the Citizens of Hollywood at Disney’s Hollywood Studios. Unfortunately, it’s tough to know whether these specific things should be attributed to low crowds, or something else. (In the case of the Citizens of Hollywood, it could very well be short-term opex savings in advance of Galaxy’s Edge, which will receive a reallocated streetmosphere budget from other parts of DHS.) 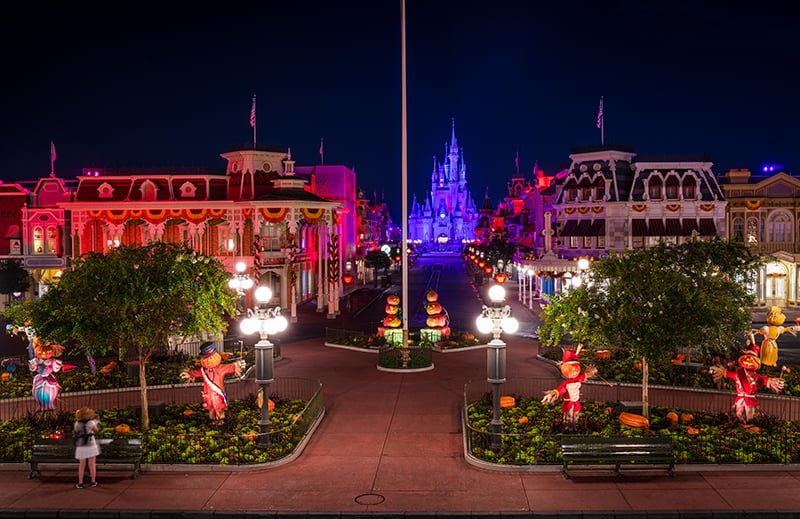 The only anomaly in terms of crowds was the Halloween Party. As noted in our Photos & Report: 2018 Mickey’s Not So Scary Halloween Party post, the night we attended was the most-crowded we’ve seen in years, and that includes parties later in September and even October.

The best explanation we can muster for this contrast to daytime crowds is that having only one party per week at the beginning of the season, coupled with those being among the few discounted parties for Cast Members, led to a concentration of guests at the early-season parties.

It would seem this theory holds at least some water, as we’ve spoken with people who have attended subsequent Mickey’s Not So Scary Halloween Parties, and they’ve reported moderate crowds at worst. Now that there are multiple parties per week, per party attendance appears to be decreasing. 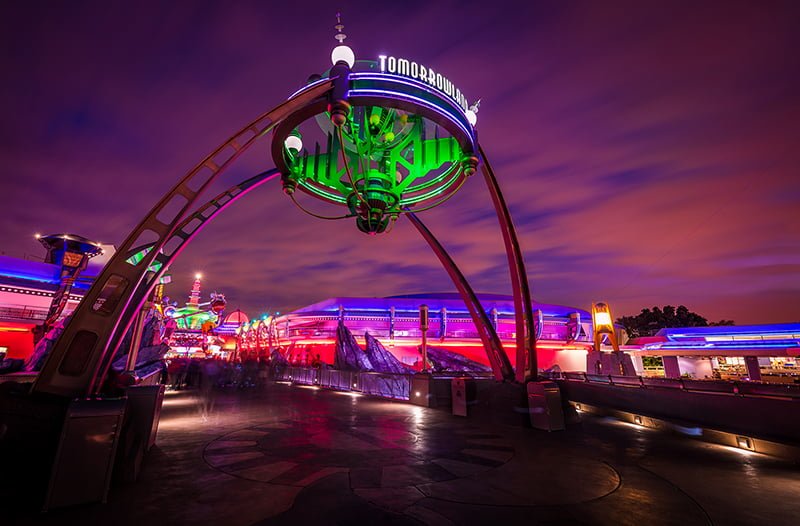 As for causes of the overall slower fall off-season this year at Walt Disney World, we think there are a few possibilities. One is that people are postponing trips until Star Wars: Galaxy’s Edge opens. We’ve heard a lot of chatter about this, and while we think this is occurring, the prevalence of the occurrence is probably overstated. This type of thing isn’t even on the radar of a casual tourist, as there is no marketing for Galaxy’s Edge through mainstream channels.

On the other hand, we could absolutely see more knowledgeable Walt Disney World regulars who visit biennially delaying their visits from this year until next. However, we don’t really think this amounts to a huge number of people postponing visits that would otherwise occur this September.

Another possibility is that Hurricane Irma scared a lot of people. The closure of Walt Disney World during the storm made headlines in the national media, and the after-effects of last year’s hurricane season has remained in the news since, so this could still be in the forefront of people’s minds when thinking about when to book.

We’ve noticed a lot more awareness and trepidation about hurricane season–to the point that I’d go as far as to say this fear is causing more people to delay trips than Star Wars: Galaxy’s Edge. Still, I don’t think this accounts for huge numbers of people postponing their vacations. 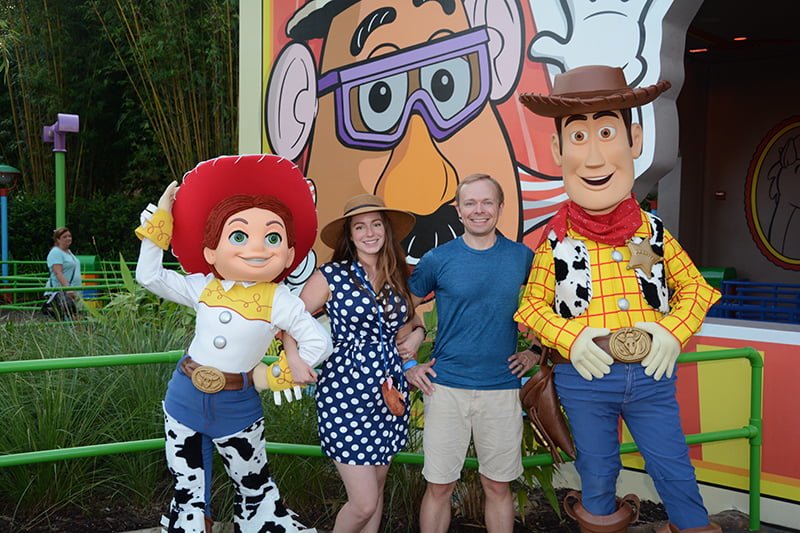 One final possibility is that Toy Story Land marketing and grand opening media coverage was ineffective at enticing people to book trips to Walt Disney World. I find this plausible, but I’m not sure to what degree it’s accurate.

If you told me in May that Slinky Dog Dash would have lower waits than Rock ‘n’ Roller Coaster at various points of the day come September, I never would’ve believed you. 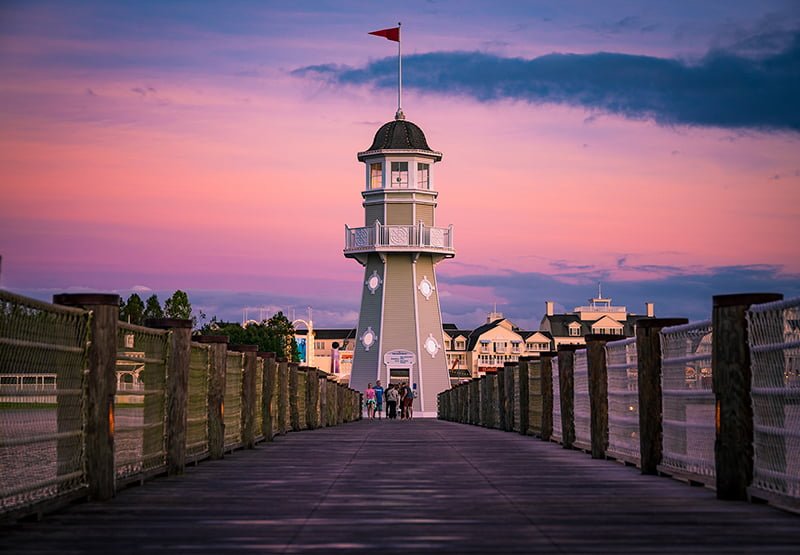 One thing we don’t attribute this to is pricing. Eventually, we do think Walt Disney World’s constant price increases and nickel and diming initiatives are going to cause problems–both short term and long term, but that time is not yet.

Consumer confidence hit record levels in August, an upward trend that has continued pretty much unabated for the last several years. So long as people have a positive perception of the economy (which is what this statistic measures), they will continue with healthy spending on things like travel and leisure.

This remains true even as U.S. credit card debt eclipses $1 trillion and household debt has hit $13.3 trillion–both record highs. Again, we think that eventually this will cause issues for Walt Disney World, but not until there’s an economic correction or recession. At which time this crippling debt coupled with the perception of Walt Disney World’s high prices might be too much even for aggressive discounting and shiny new attractions to overcome.

There you have it…a bunch of theories and non-theories, each of which could be playing slight roles, but nothing that’s likely moving the needle on crowds considerably in isolation. I wish I had a better explanation, but I don’t. (I’m eager to hear plausible theories you might have.) 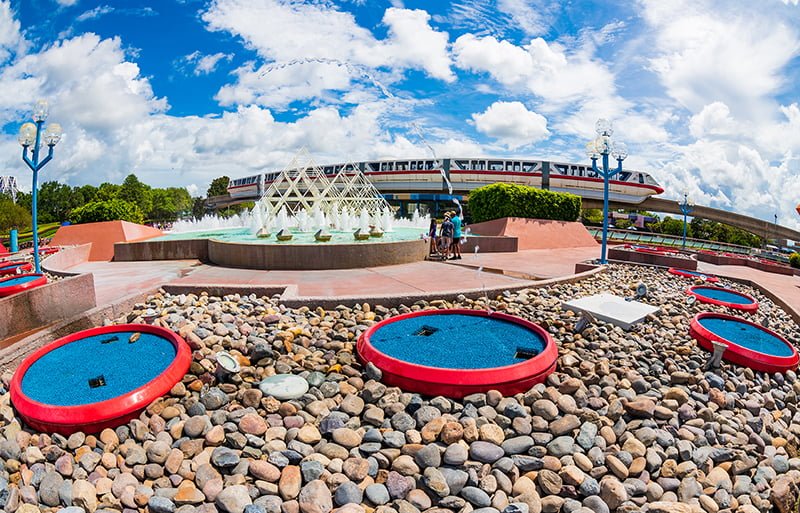 So, what does all of this mean for the future? Honestly, we think it’s too early to tell. For one, we still expect October to have the kind of heavy crowds that have been present the last few years. That’s no longer a surprise, it’s the new normal. Hotel availability has been minimal for some October travel dates for months, and although there have been scattered Priceline deals for October, they’re not nearly what was available for September.

There are pockets of November and December that could be a different story. Mid-November has been hit or miss the last couple of years, and the same can be said for early to mid-December. However, even a slower than normal holiday season wouldn’t necessarily be a red flag.

If one of the causes of this slowdown is Walt Disney World regulars postponing trips until Star Wars: Galaxy’s Edge opens, that would apply equally to November, December…and every month for the next year. What it would tell us is that hurricane season didn’t have a significant impact, and other factors could be at play.

Ultimately, we have the observation that this fall has been quieter than normal at Walt Disney World, which isn’t just a “theory,” it’s definitely true. Beyond that, we have a bunch of plausible explanations for why this has occurred, but nothing definitive. We also have what it could mean for the future, but also nothing definitive. That’s a lot of uncertainty for what could be an isolated lull in crowds, and not part of a greater trend. Still, hopefully you found this rambling discussion at least mildly interesting.

If you’ve visited in the last few weeks, have you noticed the lower crowds? Did your hotel feel similarly like a ghost town? Do you agree or disagree with our possible explanations? Any questions we can help you answer? Hearing your feedback–even when you disagree with us–is both interesting to us and helpful to other readers, so please share your thoughts below in the comments!