Unlike Part 4, which was heavy on text and light on photos, this installment of our “One More Disney Day” Disneyland trip report will be heavier on photos and lighter on words (I can almost hear the collective sighs of relief!).

The caffeine (or the shock from how disgusting it tasted) from the Nescafe gave me exactly the jolt I needed to make it through the rest of the day. Our next stop was Star Tours; the wait there had finally subsided after being one of the longest waits only a few hours prior. We still had a bit of a wait, but it was well worth it when we saw Shaun White and his entourage in line for the Starspeeder next to us. He was a lot shorter than I expected, and seemed very down to earth as we creepily watched him interact with his friends. Unlike Leonardo DiCaprio, he did not have an escort (at least that we saw–maybe the Cast Member waited outside the attraction?) and was truly just goofing around with friends. Sarah, once again, was very excited to see a celebrity!

After we exited Star Tours we noticed that the end was near! At was around 4:30 am at this point, and the crowds had really started to break up. Given that, we all decided that it was time to start focusing on photos again! 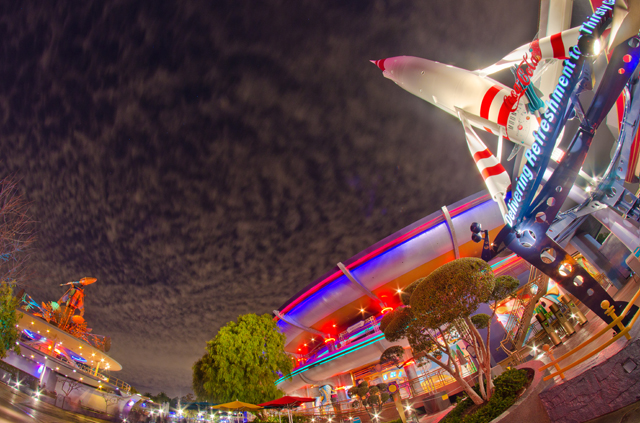 We each headed our own ways at this point, and Sarah and I encountered Henry–unsurprisingly, he had made it to the park! We hadn’t seen him since the previous November, so it was nice to catch up briefly.

Henry had a shot idea for me that he just couldn’t wait to share. Sarah felt that I should ignore him, but I knew the best course of action was to humor him. Sort of like you do with your kid when they offer career or wardrobe advice. “Oh really, you think I should do that? Well, that’s a VERY good idea, thank you for your suggestion!” Here is what his idea yielded: 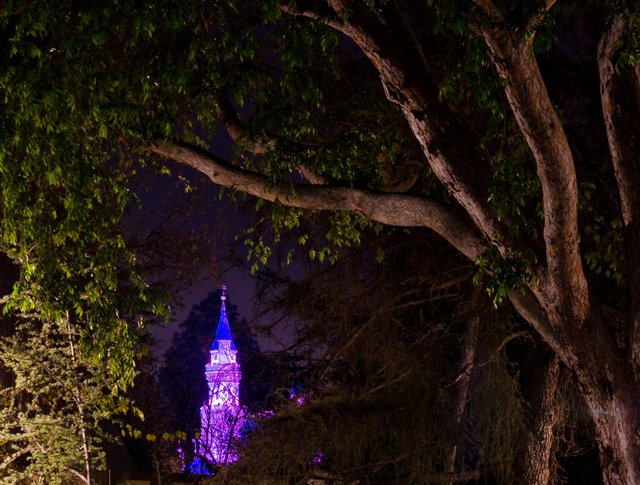 Not too bad, actually, but a tough shot to get. Definitely would have been better with a longer lens. I guess I can’t give Henry too much grief. Unlike his previous Pirates of the Caribbean queue shot ideas, this one was actually pretty good in concept. I failed a bit on the execution. 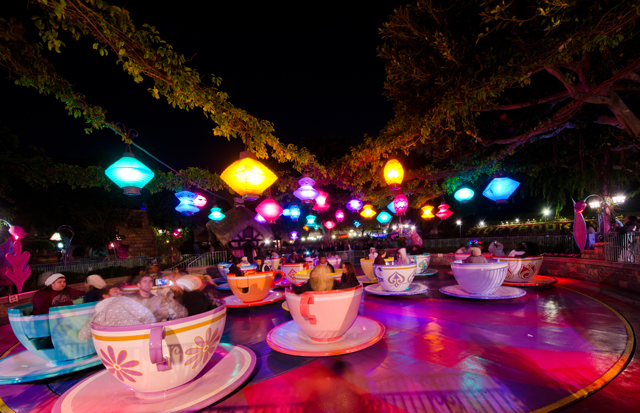 We made our way over to “it’s a small world,” which apparently was a meeting ground for every other photographer in Disneyland. A casual passerby probably wondered why the paparazzi were so keen on two dolphin topiaries. Little did they realize that these were celebrity dolphin topiaries! 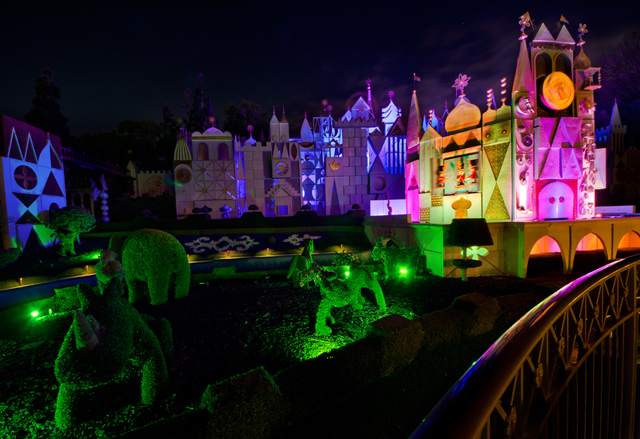 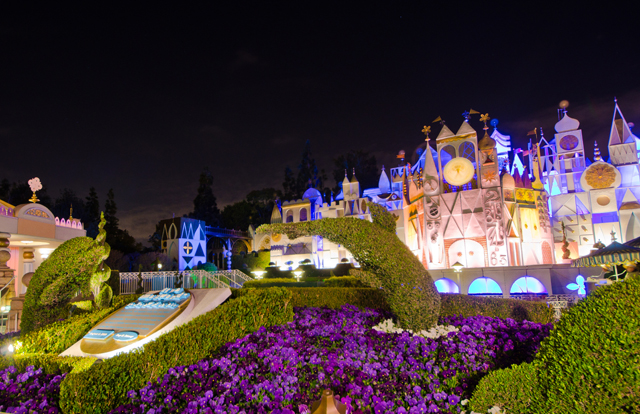 We moved from dolphins to whale. I prefer manatees, but Disneyland is surprisingly lacking in that department! 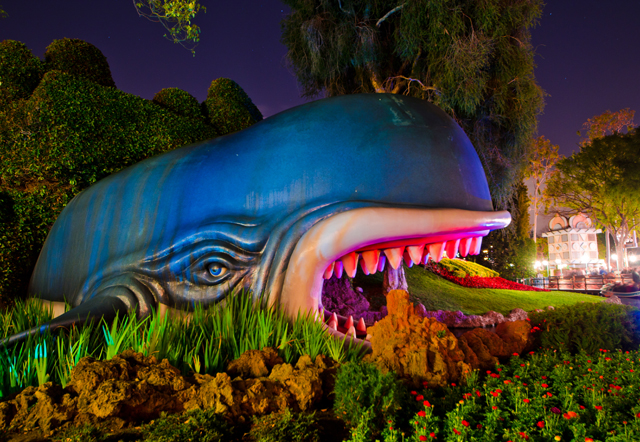 From there it was on to the rest of Fantasyland. Sarah did some attractions here while Henry supervised me in photographing the facades of all of the Fantasyland dark rides. After about an hour of doing this, we joined her for our last attraction of the day, Mr. Toad’s Wild Ride. Fitting, as “One More Disney Day” had been one (toad-filled?) wild ride! 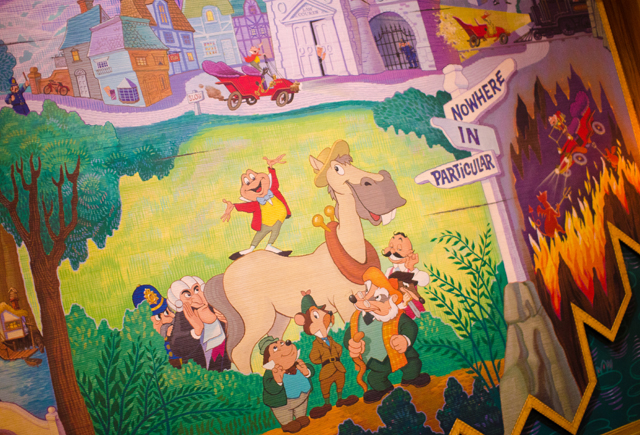 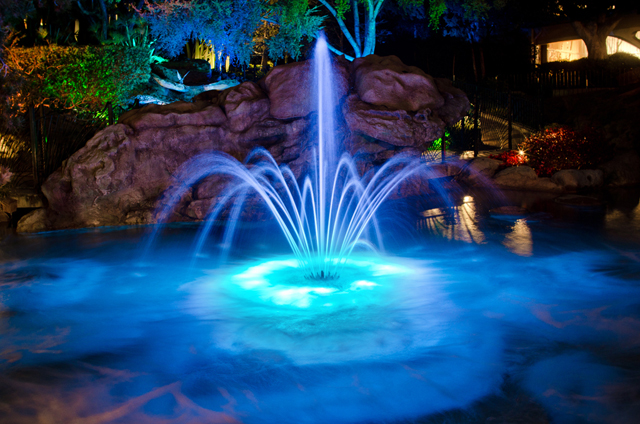 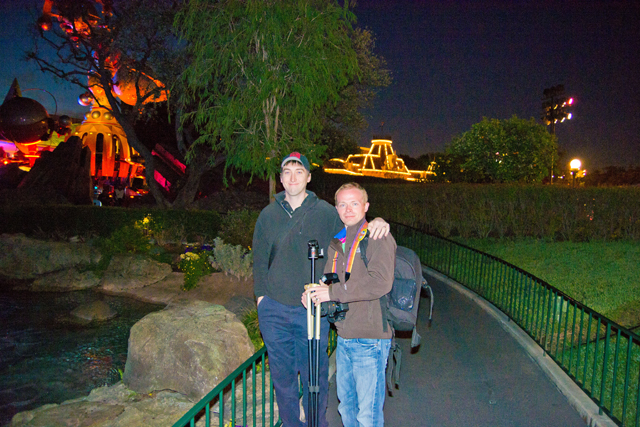 From there it was to the hub to wait for the 6 am announcement. Every hour, on the hour, there had been a countdown announcement that had drawn cheers from the crowd. We expected some real excitement for the 6 am one, so we wanted to be on Main Street for it. This worried me as I thought I might not be able to get to New Orleans Square (where I wanted to photograph the sunrise) afterward, but I was willing to risk it to hear that 6 am closing announcement. 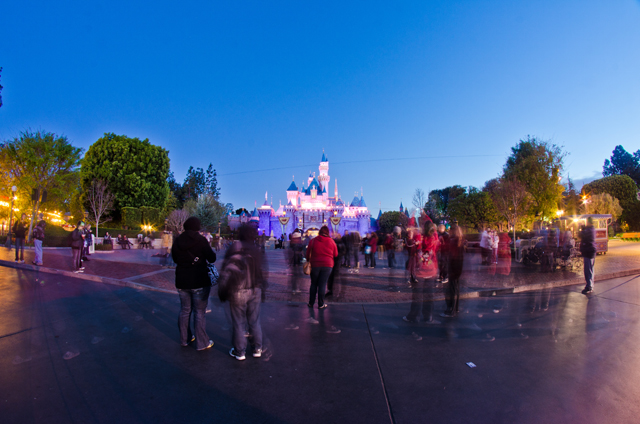 The crowd, unsurprisingly, went nuts at 6 am. It was really cool–and odd–to hear people get so excited when told it was time for them to leave the park. It was certainly unprecedented, as the end of the day is usually not something that guests anticipate with excitement. 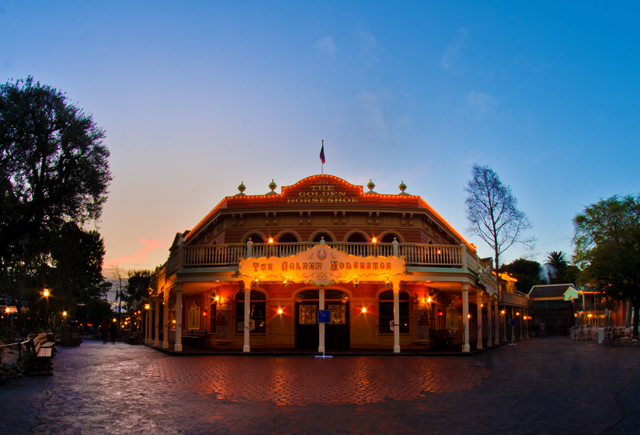 As soon as that announcement ended, I darted over to New Orleans Square and the Rivers of America. Luckily, Disneyland didn’t sweep the park right at 6 am. I guess they really couldn’t, as there were still lines of people at Peter Pan’s Flight, Space Mountain, and a few other popular attractions. Plus, some restaurants were still serving right up to close, and they had to cycle those people out.

This area of the park was a veritable ghost town. It was clear that no zombies had actually been here, as this part of the park was basically in pristine condition (how?!) and no longer littered with bodies. After I snapped a few shots here, I decided to head back towards the hub to see if I could do any shooting in Tomorrowland. People were still lingering there, too, so I snapped a few shots. 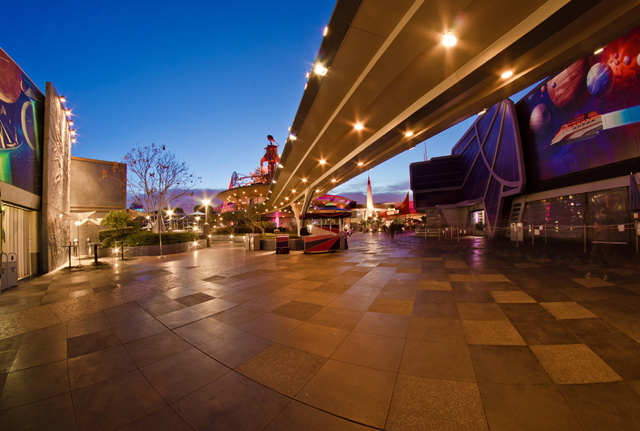 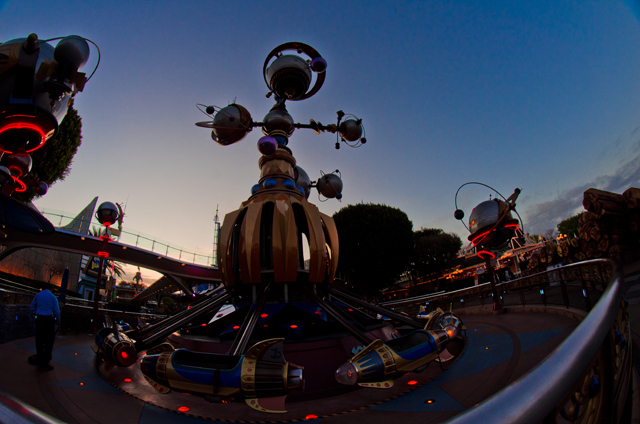 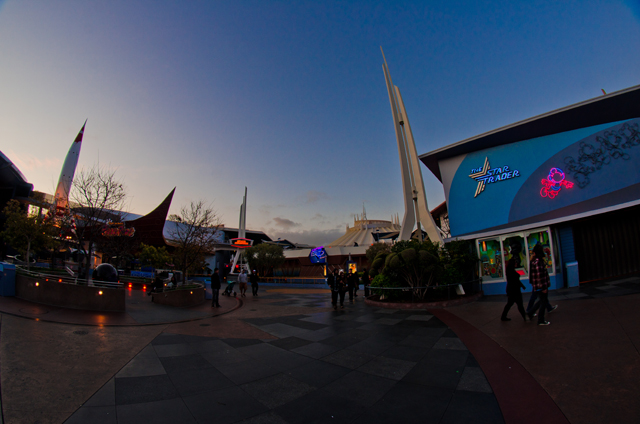 Then, it was back to the hub to close out my “One More Disney Day.” It was such a beautiful and peaceful morning waiting for that second sunrise.

There are two pages in this post. Check out the conclusion of “One More Disney Day” by clicking Page 2 below!