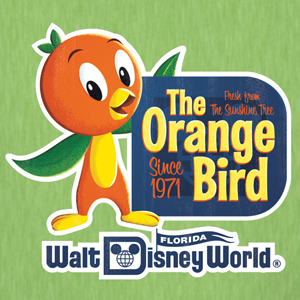 Unfortunately, over the years, everything that made the Sunshine Tree Terrace special began to disappear. First, the Orange Bird vanished. Then, Tropical Serenade was replaced by the Enchanted Tiki Room Under New Management. Finally, the Citrus Swirl was lost. Pavilion details, such as its tiki torches, were also stripped away. It became but a shell of its former self. By the 1990s, it was tough to find the Florida Orange Bird anywhere, period. Most guests probably didn’t even notice these details being lost (except, perhaps, for the “New Management” Tiki Room, which was an abomination as compared to the original). Die-hard fans did notice, though, as these small “Disney Details” that we harp on here are what set Walt Disney World apart from so many other theme parks.

Over the last couple of years, online fascination with the Orange Bird has increased. D23 and Disney’s Pin-Trading arm have featured him on merchandise and he has continued to grow in popularity. Yet, it seemed that he’d never return to Sunshine Tree Terrace. After all, he was partly a result of the Citrus Commission sponsorship, and that sponsorship had long ago terminated. It seemed he’d only be used when Disney wanted to honor Walt Disney World’s history.

Much has already been written about the return of the Citrus Swirl, and why it is or is not a big deal. Michael Crawford summed up my thoughts on the matter nicely here (READ THIS!). He saved me a lot of keystrokes and wrote something more articulate than I could ever muster, but I still want to reiterate some of what he said previously.

Even if you don’t care about Citrus Swirls, the Orange Bird, or anything that has happened in this area of Adventureland over the last year, you should see this as a big deal and be happy that it has happened. It is an incremental improvement, to be sure, but it’s still a big deal. It’s a change that acknowledges Walt Disney World’s history (click for classic photos of the Orange Bird) and restores a layer of detail to Walt Disney World that is uniquely “Walt Disney World.” The new Orange Bird marquee can’t be dismissed as a simple cash-grab that is being made in an attempt to take money from nostalgic super fans (unless they start selling the marquee!). Rather, it’s a change that demonstrates that the people (at least some of them) in charge of the parks truly care about the small details and making Walt Disney World a special place. If you care about Walt Disney World’s history, it’s hard to deny the significance of the recent improvements to Sunshine Tree Terrace. 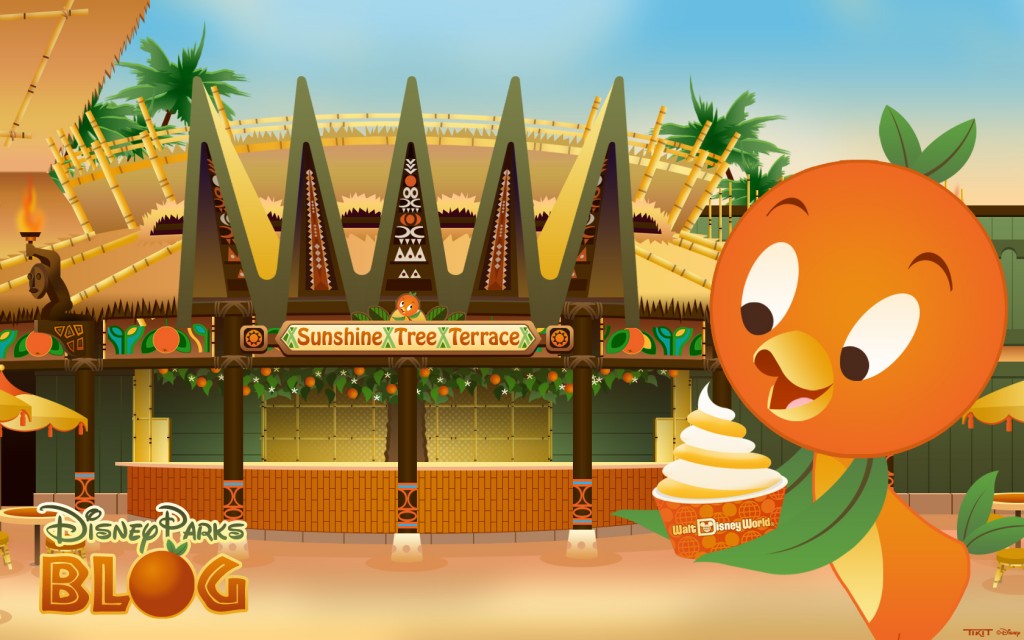 Download the above wallpaper here, courtesy of the Disney Parks Blog.

Supporting the small victories like this doesn’t mean you’re an easily placated fan. It means that you’re giving positive reinforcement to changes you perceive as good, and the people within The Walt Disney Company who are fighting for these changes to be made can take the response to these changes into their next “battle” as evidence that people do actually care about the details. In an organization that suffers from diseconomies of scale and leadership that is often focused on trimming offerings that aren’t revenue-generating in order to increase the bottom line, a positive reaction to these small details does wonders. It demonstrates that there is value in such work, and that just because that value can’t be readily quantifiable doesn’t mean it shouldn’t be undertaken.

I know a lot of people, myself included, think that a lot of work needs to be done at Walt Disney World to restore it to its former glory as the Vacation Kingdom of the World. Just because you’re happy about one change doesn’t mean that you still can’t be dissatisfied about other changes, and praising changes doesn’t make you less of a fan (like some naysayers might have you believe).

Please click the links (to other Disney fan sites) in this article–many of them help inform as to why the Orange Bird plays such an integral role in Walt Disney World’s history.

What do you think of the return of the Orange Bird? Let us know in the comments!