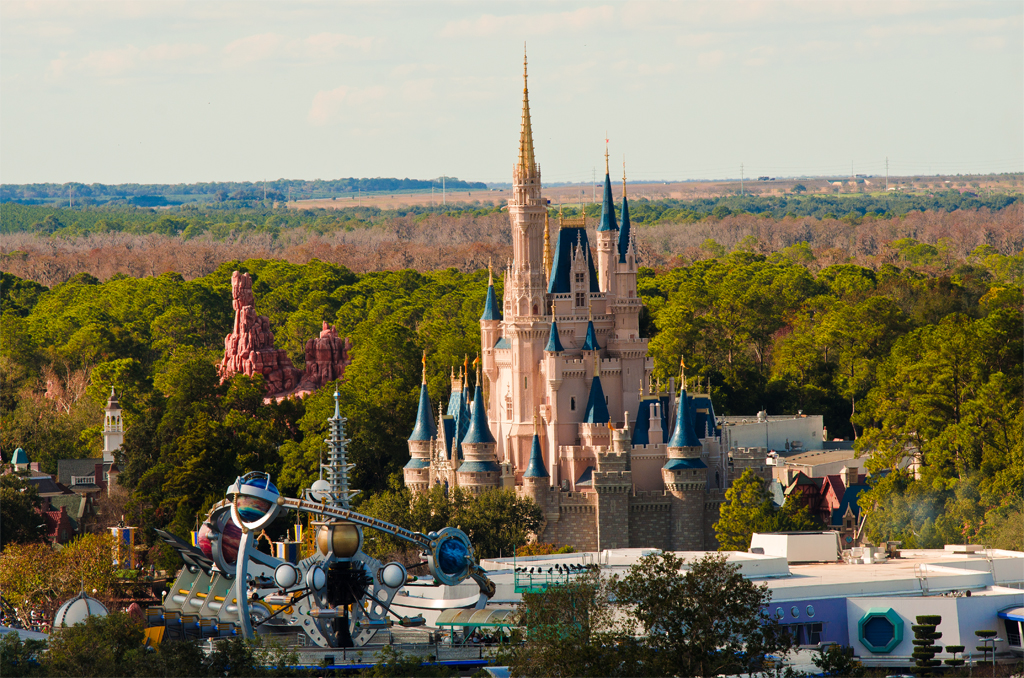 Aerial photography has always fascinated me, and I find aerial photos of Walt Disney World to be especially interesting, as they emphasize the exquisite urban planning and architecture found in the theme parks. Unfortunately, I’ve never had the opportunity to photograph Walt Disney World from an airplane, so I have had to settle for elevated ground-based alternatives (as I understand it, aerial photography technically requires photographing your subject from something that isn’t fixed to the ground–like an airplane or balloon).

This photo thus isn’t a true aerial shot, but I think it’s just as interesting. First, because it really demonstrates just how large Cinderella Castle is as it towers over every other structure in the park. Second, because not only can you see just how many trees line the Magic Kingdom, but off in the distance, you can see fields! It’s crazy to think that the cow pastures that once were so prevalent in central Florida do, in fact, still exist. It’s even crazier to think that, despite the growth that Walt Disney World has caused in central Florida, not too far off Walt Disney World property, these fields still exist.