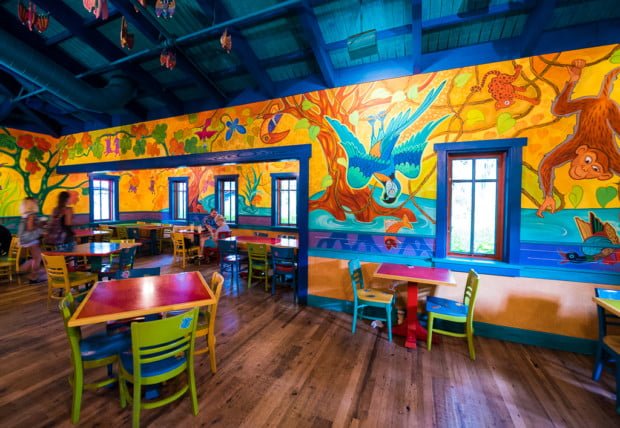 Pizzafari is a counter service restaurant in Disney’s Animal Kingdom at Walt Disney World with a menu consisting largely of (you guessed it) pizza! This review features food photos, shots of the colorful interior of Pizzafari, and our thoughts on the new style of pizzas served here. As preliminary background, Pizzafari accepts the Disney Dining Plan, and to the joy of Annual Passholders everywhere, also accepts the Tables in Wonderland card.

Late last year, Pizzafari completed a lengthy refurbishment that introduced a more subdued exterior color scheme and, more importantly, a new menu. The previous menu featured the same “food” that we trash in our Pizza Planet Review (spoiler alert: that menu is almost certain to look like Pizzafari’s when it re-opens as PizzeRizzo in Fall 2016).

After 5+ years of skipping Pizzafari, we finally revisited the restaurant so we could update this review. The experience is so radically different from what it once was that this review is 90%+ new. If you’re a fan of the 99-cent frozen pizza that used to be served at Pizzafari, the bad news(?) is that they’ve replaced it. The good news(?) is that the restaurant now serves something that doesn’t require an asterisk next to the word food. 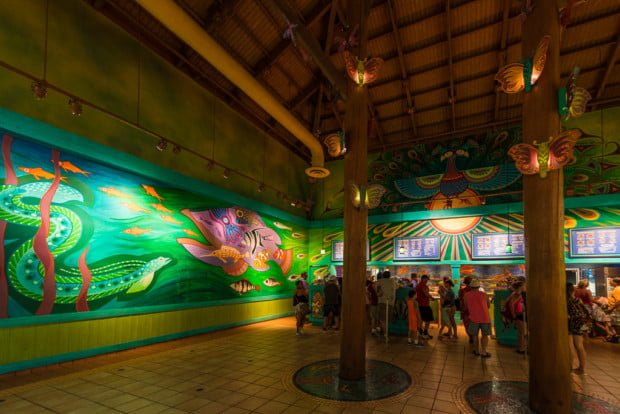 Pizzafari is a large restaurant with several themed rooms and outdoor eating areas immediately outside some of the rooms. These themed rooms include: the Home Room, Nocturnal Room, Upside Down Room, Camouflage Room, Four Seasons Room, and Bug Room. 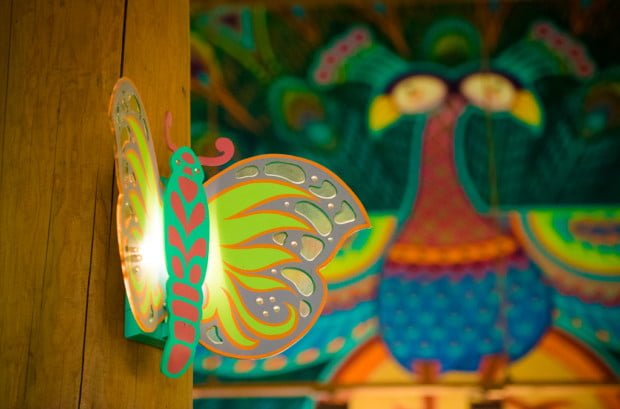 Some people might find the style to be garish, over-the-top, and reminiscent of the 1990s. While I can understand this perspective and I’d agree that there are shades of the 90s in the restaurant, I disagree with the rest of that sentiment. 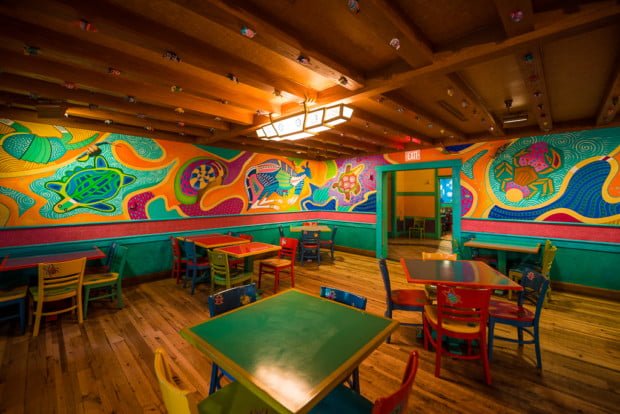 The restaurant reflects the vibrance of life and the natural world. The art style may not be something you’d want emblazoned on a t-shirt (unless you’re a fan of the Walt Disney World 2016 tie dye graphics), but it works well given the space and what it represents. 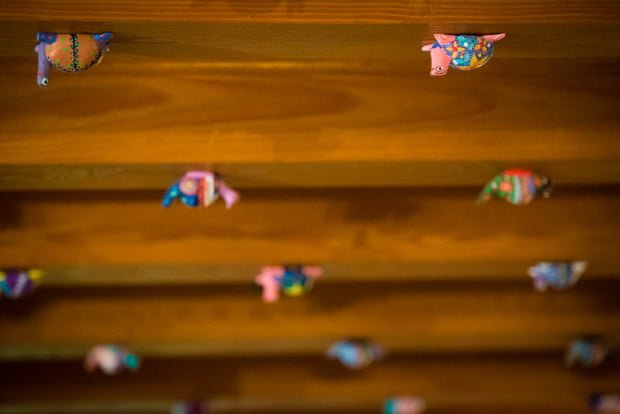 Additionally, and I’m not sure whether this is by design or merely coincidental, but the style and motifs of Pizzafari (and other Discovery Island locales) remind me of murals and color palates found in the Caribbean islands (and other island nations). There, mom and pop establishments feature exuberant uses of color and vivid murals to attraction customers. 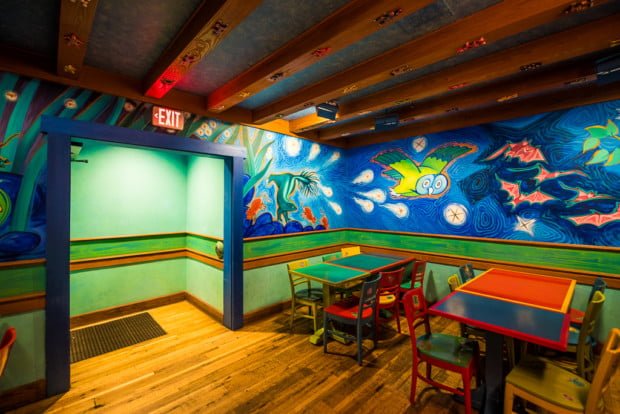 While I can understand toning down some of the exterior design to better transition from Discovery Island to Africa (even though I prefer the original exterior), I’m glad the interior remained largely the same following the extensive refurbishment. On the other hand, I’m really pleased that the menu totally changed… 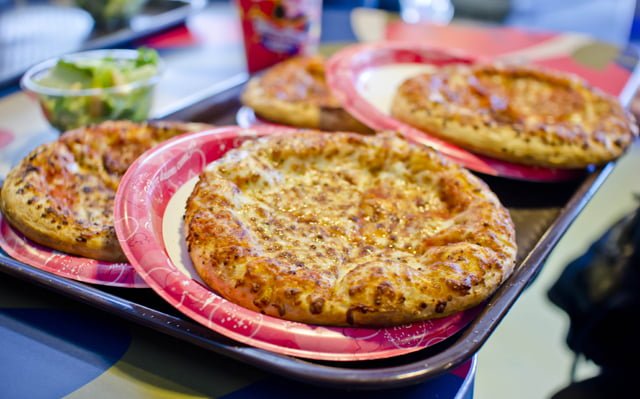 Above is what the pizza at Pizzafari used to look like. This pizza was quite divisive. Some people just love that pizza as a “guilty pleasure.” We did not. This pizza is large, to be sure, but it’s a bit too reminiscent of “Almost Pizza” (for you SNL fans out there). Don’t get me wrong, I like guilty-pleasure foods as much as the next person, but this pizza just doesn’t sit right with me. 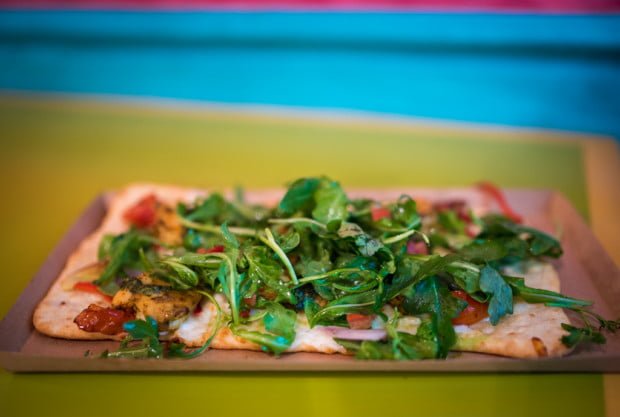 Above is an example of the pizza it now serves. “Artisanal” is a word that’s so overused right now that it’s lost almost all meaning, but as far as counter service theme park food goes, these come pretty close. (Perhaps handmade/high quality/not mass-produced are more apt descriptors?) 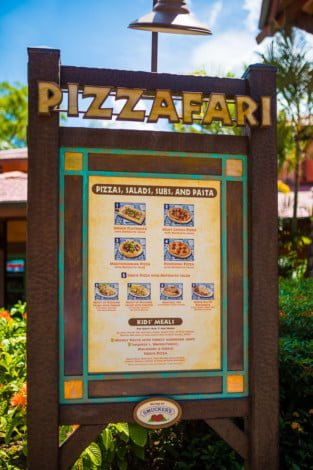 For our dinner (yes, dinner–thanks to the park being open until 11 p.m. for Animal Kingdom’s new nighttime entertainment), we ordered the Shrimp Flatbread and Mediterranean Pizza. These appeared to be the two most ambitious menu items…but also the two least popular. 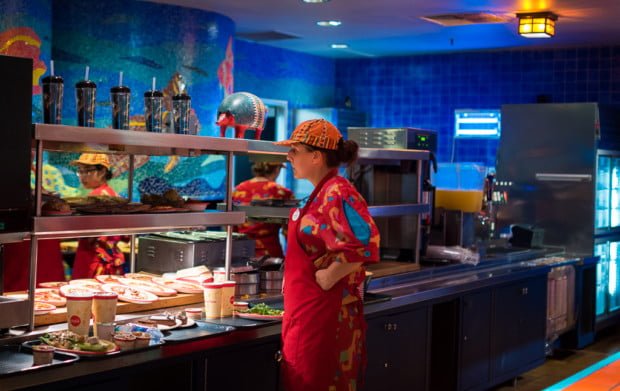 This last part was important because it took us 16 minutes from the time we ordered until the time we received our food at the pick-up window. During that time, countless guests ordered and received Meat Lovers, Pepperoni, and Cheese Pizzas. It appeared that the kitchen was preparing a constant stream of the latter pizzas as guests were ordering them with regularity. 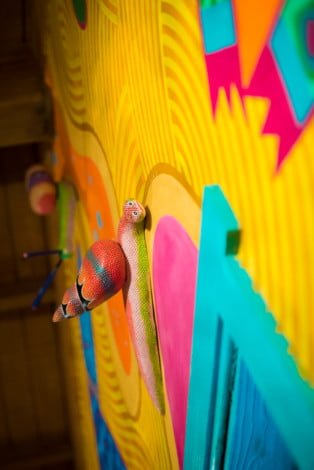 On the other hand, we saw 1 other Mediterranean Pizza sent out while we waited and 0 other Shrimp Flatbreads. This could go two ways: if time is of the essence, go for one of the more common pizzas (all of which look to be of similarly high quality); if you want something that’s basically made-to-order and don’t mind waiting, the Mediterranean Pizza and Shrimp Flatbread are great options.

As for the food? It was fantastic. No, that’s not a joke, nor is this post sponsored by the National Pizza Growers Association to help Animal Kingdom consumers make better “informed decisions” and buy more pizza. 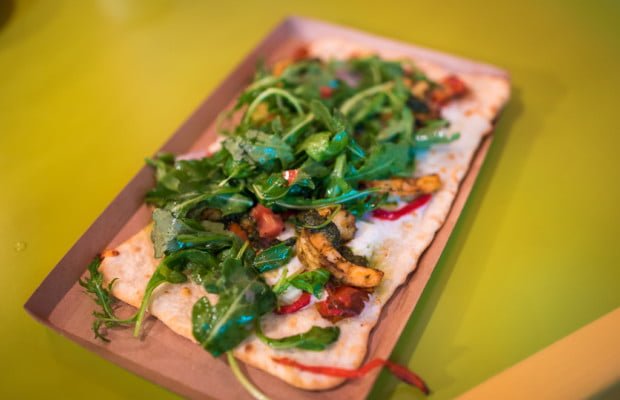 If you weren’t paying attention, you might wonder where the pizza was under the sea of arugula, which was by far the most abundant ingredient on both. Our praise, however, is not because we are arugula super-fans.

The Shrimp Flatbread was definitely the larger of the two, and defined by the flavor of the roasted shrimp, which had a subtle, almost smokiness that really enhanced their flavor. The pesto sauce worked really well to give the flatbread a unique flavor, too. Outside of that, the ingredients were fresh and made the flatbread reminiscent of what you’d find at a lounge or table service restaurant. One (other) complaint was that the ingredients were concentrated at the center, but this seems common with these newer handmade Disney pizzas/flatbreads. 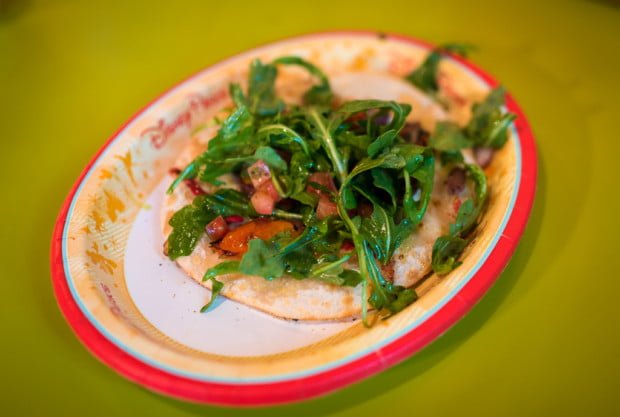 Although it was smaller, we both preferred the Mediterranean Pizza. Again, the pesto worked well, but it was the fresh vegetables (Roasted Tomato, Roasted Red Pepper, Kalamata Olive, Arugula, and Red Onion) that defined the pizza. The crust and these flavorful vegetables–particularly the tomato and olive–made this something we’d both order again without hesitation. 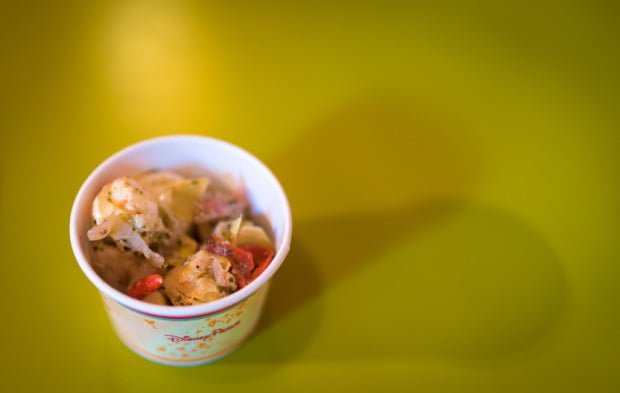 The Antipasto Salad served as a side with each entree was similarly delicious, and packed with flavor. The downside was its size, but I would’ve definitely ordered a side twice this size if one were offered. Speaking of sides, we planned on going back to grab the Garlic Knots after our meal (if we were still hungry), but the time it took to order and receive our entrees nixed that. The portion size appeared to be huge, potentially justifying their somewhat high price. 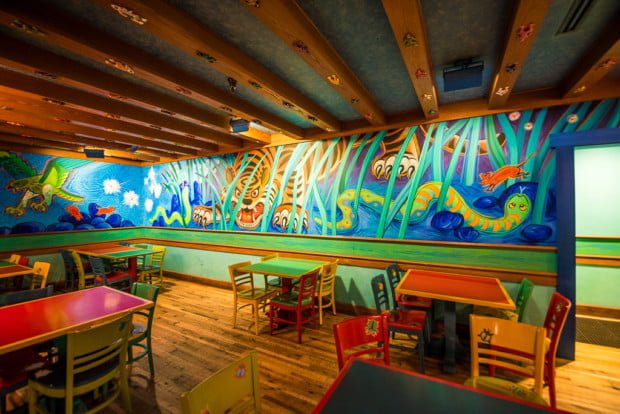 About the only potential downside to Pizzafari is how busy it gets midday. Since it’s near the front of the park and has one of the more ‘approachable’ menus in Animal Kingdom, it’s a (figurative) zoo during the lunch rush. We stopped in here after our lunch next door at Tiffins because (touring hack) there is a water station inside the lobby of Pizzafari, and it was crazy. During our evening meal, the seating area was fairly empty. 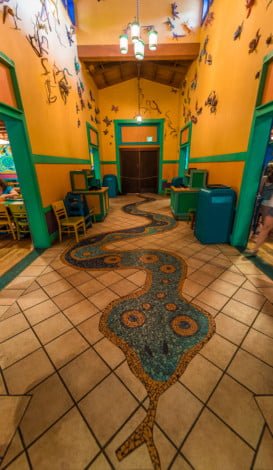 Overall, Pizzafari is yet another excellent addition to an already-crowded field of excellent dining options in Animal Kingdom. I never thought I’d be typing the sentence “we had an excellent meal at Pizzafari before enjoying Animal Kingdom’s nighttime offerings until after 11 p.m.” but here we are. All things being equal, we still have a difficult time recommending Pizzafari over Flame Tree BBQ if you only have one meal in Animal Kingdom (you should have 2 meals there), but if you’re in the mood for pizza, you absolutely cannot go wrong with Pizzafari.

If you’ve been to Pizzafari, did you like it? Do you think it’s a good option for a quick meal at Disney’s Animal Kingdom, or would you rather stop at Flame Tree BBQ…or somewhere else entirely? Planning on trying Pizzafari? Share your thoughts in the comments!