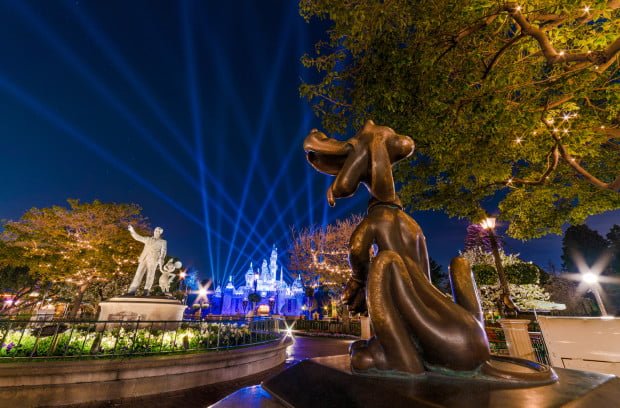 This isn’t to say praise of the Rokinon 14mm f/2.8 is without merit. It absolutely is. However, all of this praise is merited when viewed through the prism of the Rokinon being a great budget ultra wide angle option. When viewed as a lens that costs <$350, less than one-fifth the price of Nikon’s flagship wide angle, it is quite a compelling option. You just need to be aware of its weaknesses, and comfortable that they won’t hold you back too much. 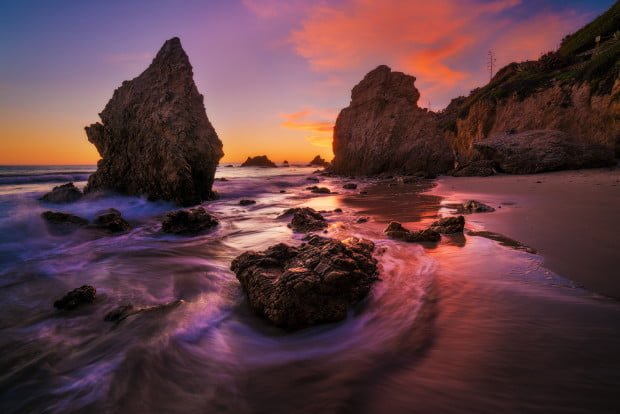 First up, two things that I think might scare away some potential purchasers of the lens: manual focus and it being a 14mm prime lens. Rokinon is known for its lenses being manual focus, and how much this “matters” depends upon the lens. In my Rokinon 8mm Crop Sensor Fisheye Review and my Rokinon 12mm Full Frame Fisheye Review, I discuss how it absolutely does not matter for those lenses. Because they are so wide, you can essentially set the focus to 3′ and forget about it in the vast majority of circumstances. This is due to some sorcery known as the “hyperfocal distance.”

Now, I can’t even begin to explain the science behind hyperfocal distance, but I know it’s real. I also know that it applies here, albeit to a slightly lesser degree since this lens is not as wide. In circumstances where you’re using an aperture of f/5.6 or higher, or when all of your subjects are more than 4′ from you, the Rokinon 14mm f/2.8 falls into the same “set it and forget it” territory as the fisheyes. This even works on many dark rides, and I don’t have to worry about the camera hunting for focus. 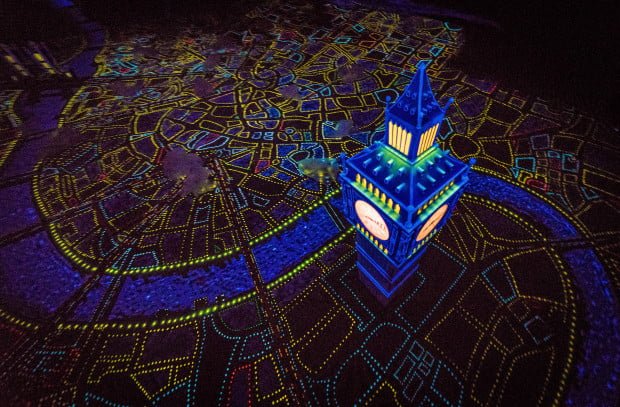 For me, this applies to 95%+ of the shooting I do with an ultra wide angle lens. While I would not purchase the Rokinon 85mm f/1.4 due to its lack of autofocus, I’m pretty confident in saying that the vast majority of photographers will have absolutely no issue with manual focus on the Rokinon 14mm.

The other potential concern is the lack of zoom range you’re losing by choosing this over an ultra wide angle zoom lens. I’m less confident in saying this won’t be an issue for the vast majority of photographers, but for me, at least, this is another non-issue. A wide angle lens is a camera bag staple, as is a walk-around lens. Usually, walk-around lenses cover a focal range of around 24-70mm.

Breaking this down to percentages once again, I’d estimate that <10% of my photos shot with the Nikon 14-24mm are with a focal length other than 14mm. I’d hazard a guess that other photographers are similarly spending most of their time at the widest end of the range when shooting with their ultra wides. My second most-used focal length with the 14-24mm is 24mm, and that’s only because I’m too lazy to switch lenses at times. Suffice to say, when you’re shooting wide, you want wide. If you don’t want wide, you’re using a different lens. 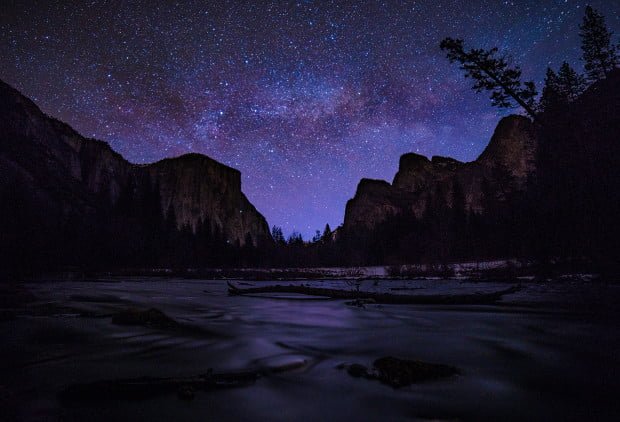 Now, the actual issues. First and foremost is sharpness. I’ve heard a lot of photographers gush over this as a great astrophotography lens because of its f/2.8 maximum aperture. Theoretically, they are absolutely right. In actual practice, I find the images this lens produces at f/2.8 to be too soft in the corners. It’s useable in the center, but every night sky shot I took with the lens at f/2.8 I ended up cropping a decent amount because I wasn’t satisfied with the edge sharpness.

Part of this may be in the fact that I’ve grown accustomed to the Nikon 14-24mm (I know I’m mentioning it a lot, but it’s really the measuring stick for all other full frame ultra wides), which is a fairly sharp lens corner to corner, even at f/2.8. That might raise my expectations. I was also using this lens on the 42.4 megapixel Sony a7 RII, making imperfections really easy to spot. Conversely, I’m no pixel-peeper, and am generally okay with minor technical imperfections in my photos. 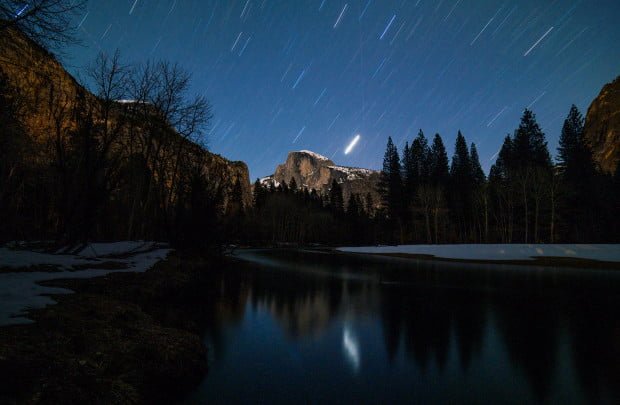 If I’m not satisfied with the corner sharpness, other photographers won’t be, either. As a result, I’m reluctant to recommend this lens to serious astrophotographers or those who will be shooting dimly lit architectural interiors, unless you’re comfortable stopping down to at least f/4 (more like f/5.6 to play it safe) and bumping up the ISO. (Because of this, I’d go as far as to say this is a poor choice for astrophotographers, which seems to buck the traditional “wisdom” that this is a great astrophotography lens.)

Architecture shooters should also know that straight out of camera, the mustache distortion is really bad on this lens. Using Adobe CC there is now a profile available in Camera Raw and Lightroom to correct this with one click, so I didn’t consider this an issue at all, but it might be if you don’t have this software.

Aside from the corners, the lens is sharp at f/2.8 and very sharp even at f/4. (The image above and 2 below are on my SmugMug, so you can click to view very large and do pixel-peeping of your own.) This is impressive for a Rokinon lens, because most aren’t this sharp wide open or close to it. Once you get into the sweet spot of the lens, around f/8 to f/14, it’s very sharp across almost the entire frame.

You still see a little fall-off and minor smudging in corners, but it doesn’t stick out, and is mostly forgivable. It’s at these apertures, when shooting landscapes that the lens really shines. With that said, I don’t think this lens ever gets to tack sharp like the Nikon 14-24mm. Unless you’re printing really large or pixel-peeping on a 5K display, I’m not sure whether you’ll be able to discern much of a difference.

As with most Rokinon lenses, the build quality on the lens fantastic. Rokinon excels at its solid, metal construction that gives lenses a great heft and feel to them. To be honest, first party lens manufacturers should be embarrassed that their product feels inferior to lenses that cost a fraction as much. Rokinon, don’t ever change this.

As far as ultra wide angle lenses go, the lens isn’t too big, either. The lens also produces a nice, fanning sunburst, which gives a character to images that I happen to like. This is another reason that I view it as a very promising option for landscape shooters who can use it in the f/8 to f/14 sweet spot.

Overall, the Rokinon 14mm f/2.8 lens is a very good option if you can work within its strengths and aren’t negatively impacted too much by its weaknesses. If you are primarily shooting landscapes at f/11 from a tripod, the Rokinon 14mm f/2.8 is a sweet lens at a bargain price. If your work is more varied and you need a wide angle lens with versatility, it may not be such a good choice. While I don’t think this is the “magic bullet” that will give you universally great results at a fraction of the cost. There are some lenses that are true bargains, offering better results across-the-board than their first party counterparts. This is not one of them. It’s still a very impressive lens when utilized for its strengths, and an ideal budget or starter ultra wide.

Do you agree or disagree with my thoughts on the Rokinon 14mm f/2.8? If you use this lens, what do you think of it? Is it sharp enough for your purposes, or do you need a better all-around ultra wide? Are you considering adding it to your camera bag? Share your thoughts or questions in the comments!