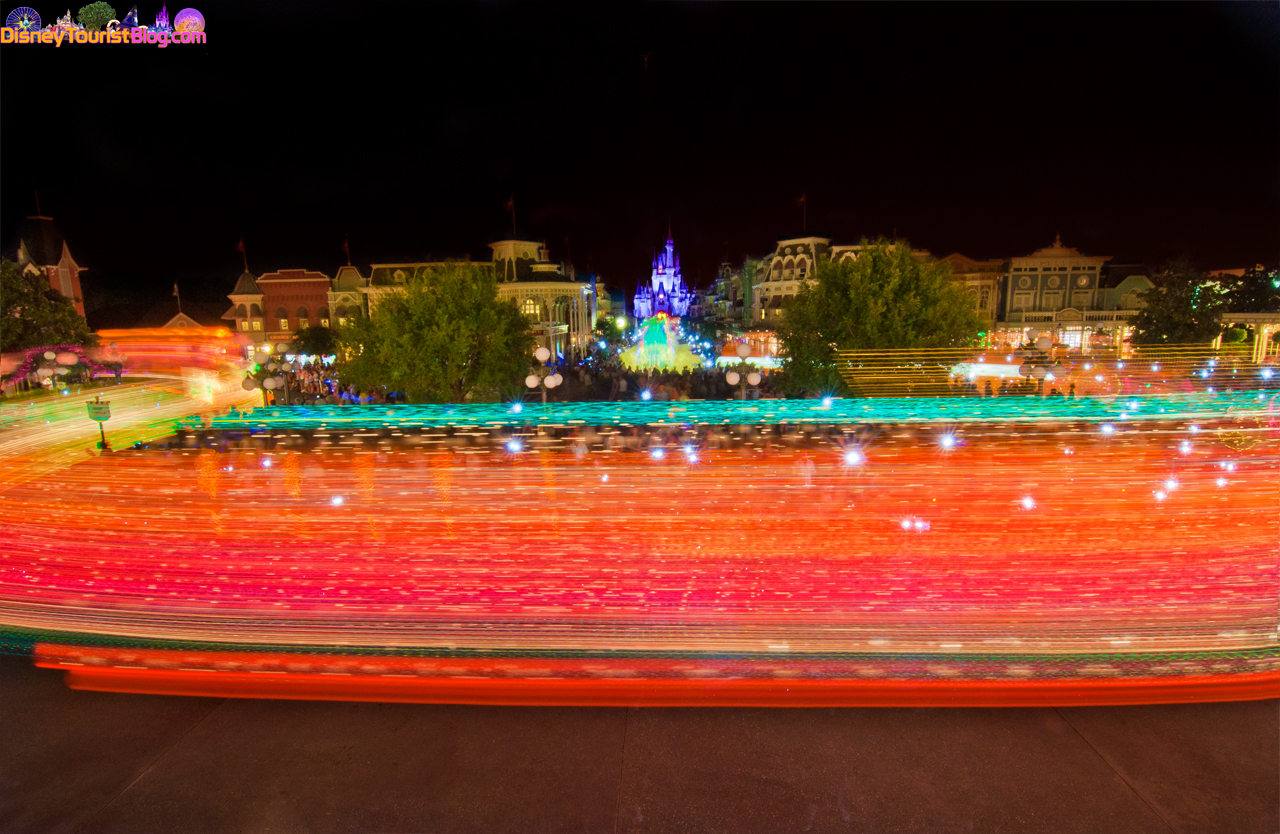 Some of you are probably looking at this wondering, “what the heck is this mess of color?!” It’s the SpectroMagic parade at the Magic Kingdom. Well, 33 seconds of the parade as seen in one photo, to be precise. There’s no Photoshop-trickery or anything of that sort here–just what the camera saw in one 33 second “blink.” While I enjoy Main Street Electrical Parade, I really look forward to SpectroMagic’s return next year.

I don’t know if taking photos of things makes you an artist (I personally don’t place good photographers in the same tier as good painters–the latter requires much more talent, in my opinion), but the photos I took on this particular evening are probably the closest any of my photos will ever come to being “art.” I took these shots in August of 2009 after randomly having the idea for the shots while studying for final exams in May of 2009 (graduating was the biggest hit to my photographic creativity–so many ideas came to me while daydreaming during class and while studying). I posted my favorite, second favorite, and third favorite shots from the night shortly after returning from that trip. Somehow, this weekend, while reviewing old shots for a project on which I’m working, I noticed this image, which had previously been completely overlooked! As I like the image quite a bit, I was stunned that I’d never used it anywhere!