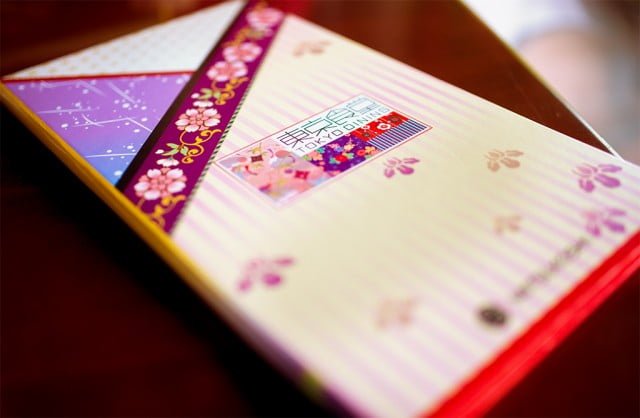 Tokyo Dining is a table service restaurant in Epcot at Walt Disney World. It’s located, unsurprisingly, in the World Showcase Japan pavilion where it shares space on the second floor of the the Mitsukoshi Department Store with the steakhouse, Teppan Edo. Don’t let the generic name fool you–Tokyo Dining is a gem of a restaurant.

Tokyo Dining’s theme fuses form and function for a restaurant that has a sleek, modern aesthetic. It’s not going to knock anyone’s socks off in terms of its visuals, but its look is representative of chic restaurants in Tokyo, where sleek, minimalist designs that seek to optimize their space are popular. We like this clean, modern look, but those who go to Walt Disney World to experience fantastical environments might be disappointed by the more understated look of Tokyo Dining. It’s certainly no Sci-Fi Dine-In Theater, that’s for sure.

One thing worth noting about Tokyo Dining that we normally don’t address in Walt Disney World dining reviews because it’s usually too subjective/variable to make our anecdotes useful, and that’s service. We comment on this here because it’s arguably the biggest selling point of Tokyo Dining, and the way (even more so than the menu) the restaurant best achieves cultural authenticity.

Based on our interactions with numerous Cast Members at Tokyo Dining, I am confident in saying that the service is top notch. The Cast Members here reminded us of the traditional, service-oriented types that you’d find in restaurants in Japan. Regardless of your access to Japanese restaurants at home, it’s doubtful you have ones like Tokyo Dining that feature authentic service. Be ready to do a lot of bowing during the course of your meal. 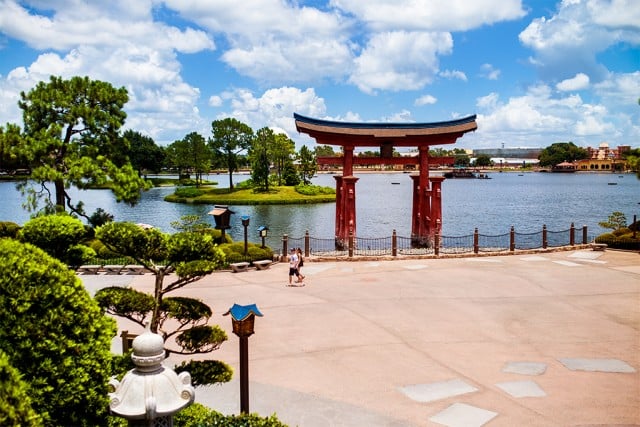 We’ve only done lunch at Tokyo Dining, which has been relatively quiet, with less than 50% of the tables in use. Likely due to the cuisine being Japanese, it seemed like a relatively unpopular place for families, making for a quiet meal.

Although the restaurant is elevated a bit from the terrace, if you get a window seat, you will have people outside partially blocking your view. And that’s a pretty big “if,” as less than 10% of the tables in Tokyo Dining are window seats. This is one of the reasons we opt to do Tokyo Dining at lunch, rather than dinner.

The even bigger reason is the special prix fixe lunch menu, which includes an appetizer, entree, and dessert. This is one of the best bargains in all of Epcot dining.

While it was fairly limited, with only four entree options and one dessert choice, but offers great value. Sarah and I each ordered one of these meals, plus an appetizer to split, since we figured the cheap specials wouldn’t be enough. 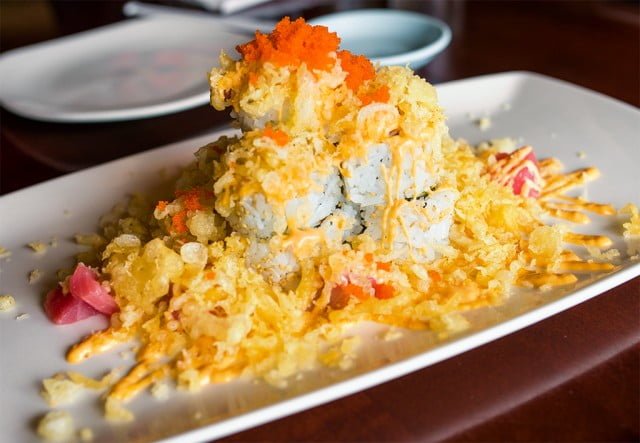 We started with the Volcano Roll. This consisted of California Rolls with Spicy Chili Mayonnaise Sauce, Sashimi Tuna, Salmon, Yellowtail, Smelt Roe, and Tempura Crunch. This was excellent. The meat tasted fresh, the tempura provided texture, and the sauce gave it all a nice kick.

It could have used a bit more of this sauce, but otherwise it was great. No complaints as there was a lot of meat and a number of California Rolls. At around $15, it didn’t seem overly expensive for a Volcano Roll at Walt Disney World. I could see ordering this again as an entree. 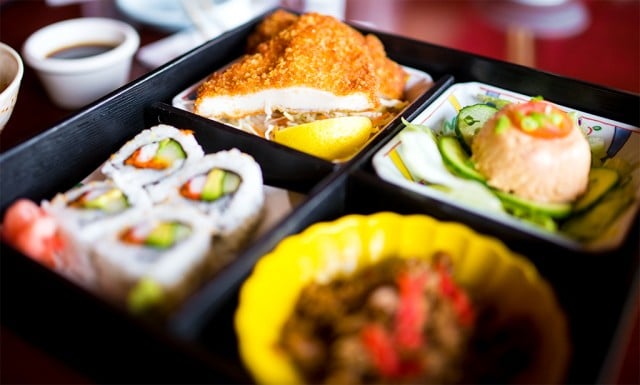 For my entree, I ordered the Bento Box, which is a traditional Japanese “lunch box” with a Panko Chicken Cutlet, California Rolls, Salmon Tartar Salad, and Sukiyaki Beef. The Salmon Tartar Salad was my surprise favorite here, as it was meaty and had excellent flavor.

The California Rolls were good, and tasted freshly prepared, but could have been more flavorful. The chicken and beef were also good, but not great. The meats were exactly what you’d expect from a $20 lunch box. In the end, I was very pleased with this $20 meal; it was far better than anything I’ve had at Katsura Grill (which has been a letdown each time we’ve dined there). 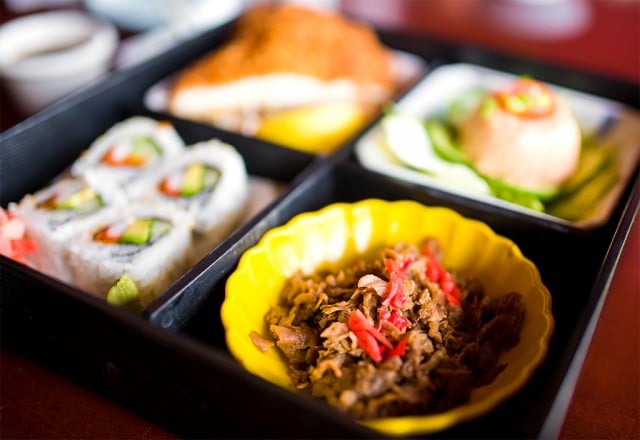 Sarah said the steak was fine, but nothing to write home about, and the vegetables were quite good. She said she far preferred the sushi, but agreed that her entree was much better than anything she has had at Katsura Grill. 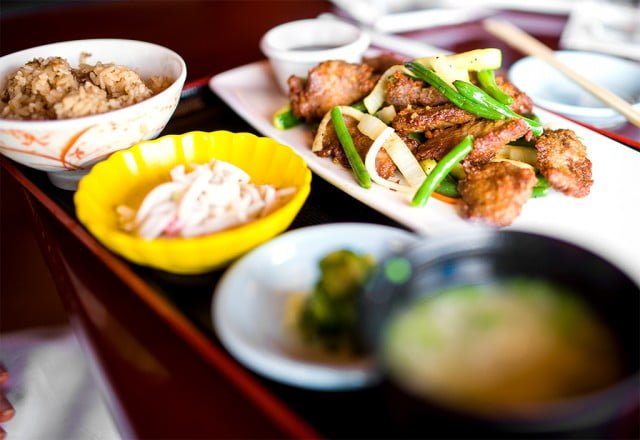 A friend who dined with us ordered the Shrimp Tempura and thought it was excellent. When we next dine at Tokyo Dining, that’s likely what I’ll order, as it looked great. Light and airy, yet substantial and not over-done with breading.

We have no complaints about the Lunch Specials, and would definitely consider doing them again instead of counter service in World Showcase for about the same price. In retrospect, we didn’t need to order the Volcano Roll as an appetizer, but it ended up being the best part of the meal, so no big loss. Ultimately, our entrees at Tokyo Dining were probably a cheaper, better, and more filling option than most complete counter service meals. 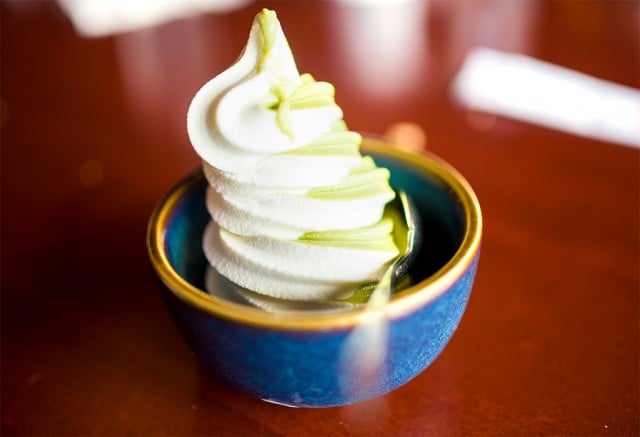 Overall, Tokyo Dining earns high marks for its inexpensive lunch menu, quality cuisine, and attentive service. Offering relatively mild options and more adventurous fare makes it a restaurant that most people will enjoy if they give it a chance, at prices that make it more like “counter service plus” than normal Epcot table service…unless you want something on the more expensive side. On top of that, it’s a relative unknown in the Walt Disney World dining “scene,” making it easy to score walk-up availability or a lunch away from crowds.

It’s really tough to find any way to knock Tokyo Dining–you definitely get your money’s worth and can have a relaxing experience. The ambiance is authentic to a reasonably nice modern Tokyo restaurant, but in terms of dining at Walt Disney World, some might find it disappointing. Dinner is a bit more expensive, and although you can theoretically watch Illuminations from here at dinner, the caveats to that are too numerous, so we recommend going for lunch. Although it’s not “Top 10” material, you’re unlikely to be disappointed with Tokyo Dining.

Tokyo Dining isn’t one of Walt Disney World’s highly “hyped” restaurants; do you think it deserves more fans or that it doesn’t have much buzz for a reason? Are you planning on dining here sometime? Your comments are half the fun, so share your thoughts and questions below!