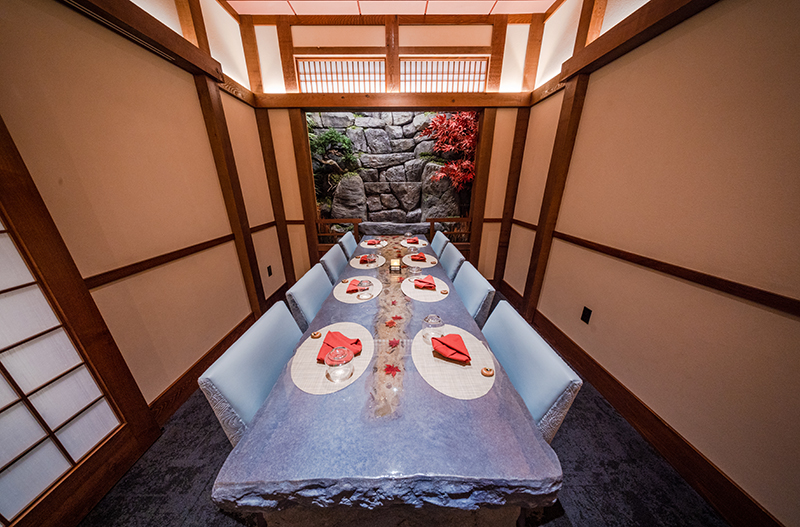 Walt Disney World has tons of table service restaurants, and this list ranks the 10 best. We’ve done all of the top dining in WDW’s parks, resorts, Disney Springs, plus third-party hotels in Orlando, Florida, and these are our favorites. With so many great options, it’s difficult to narrow down this list! (Updated May 1, 2020.)

In fact, a trio of new entries on the list opened just last year–and two more newcomers arguably could’ve made the cut. It’s fairly unprecedented to have so many additions in a single year, and we don’t expect a repeat of that in 2020. While Epcot’s Space 220 Restaurant will (probably?) open at some point this year after several delays, we’re expecting that to be more about ambiance and theme than high quality cuisine. Hopefully we’re wrong about that!

With that said, we still have more to try! Four Seasons Orlando, Waldorf Astoria, Swan & Dolphin, and other high profile Orlando, Florida hotels that are technically on Walt Disney World property all have highly regarded restaurants at which we’ve yet to dine. We plan to revisit these hotels and potentially open up the list to those fine dining options, as well. 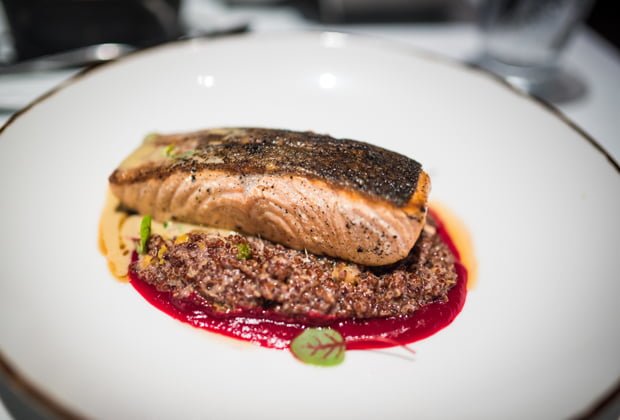 It’s also worth noting that this list emphasizes cuisine over theme. Many Walt Disney World fan-favorite restaurants, including some that we love, have been “snubbed” from this list. That doesn’t mean that they aren’t great options, especially for families. 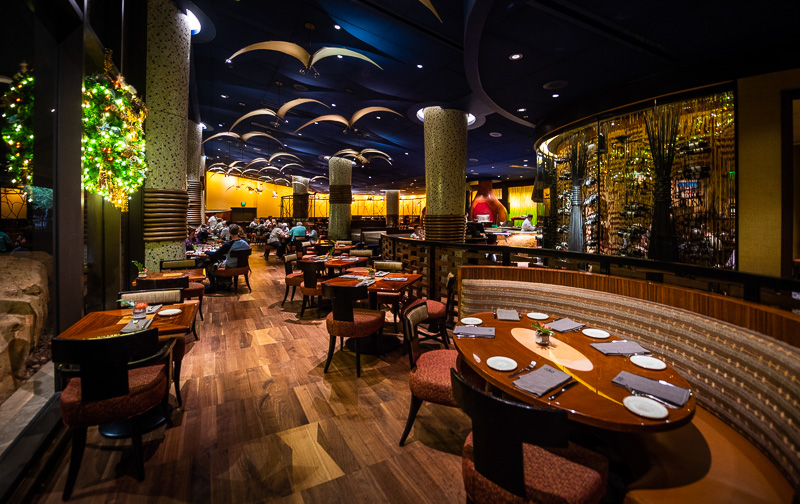 T10. Jiko – The Cooking Place –  Previously in our top 3, two recent so-so experiences at Jiko during which we ordered an array of dishes have soured us on it a bit. The restaurant still has enough going for it to keep Jiko – The Cooking Place in the top 10, but it’s barely hanging on. (The wild boar, lamb shank, and beef short rib are still all-stars, so no worries about those beloved dishes!)

Moreover, ambiance of Jiko continues to make it an Animal Kingdom Lodge highlight. The color palette of the restaurant changes to mimic an African sunset as the night progresses. The service is also excellent, with servers who are knowledgeable about the menu and the extensive drink list. Its prices are in line with other Signature restaurants, so it’s no gem from a value perspective, but the cuisine is worth the prices. 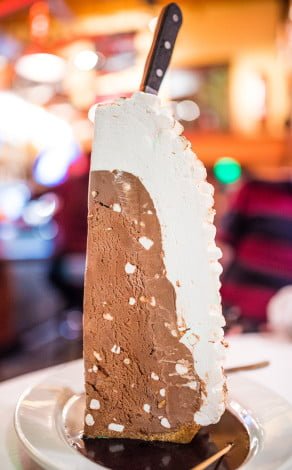 T10. The Boathouse – In the last few years, Disney Springs has gone from a place only to be visited if you wanted to get some shopping done, or maybe dinner at Raglan Road, to an integral part of any Walt Disney World vacation. There are a number of reasons for this, but the main one is unquestionably dining.

Our list of the best table service restaurants at Disney Springs features 5 locations that arguably could’ve made this list. The best among these is The Boathouse, which offers fine dining and a fun atmosphere. While the theme may seem at odds with the Signature status, it works for the style of restaurant on the waterfront at Disney Springs. Then there’s the food, which is almost all excellent (they, too, have a top 5 Walt Disney World dessert with the Baked Alaska), and it’s easy to see why the Boathouse has already attracted a legion of dedicated fans in only a couple of years. 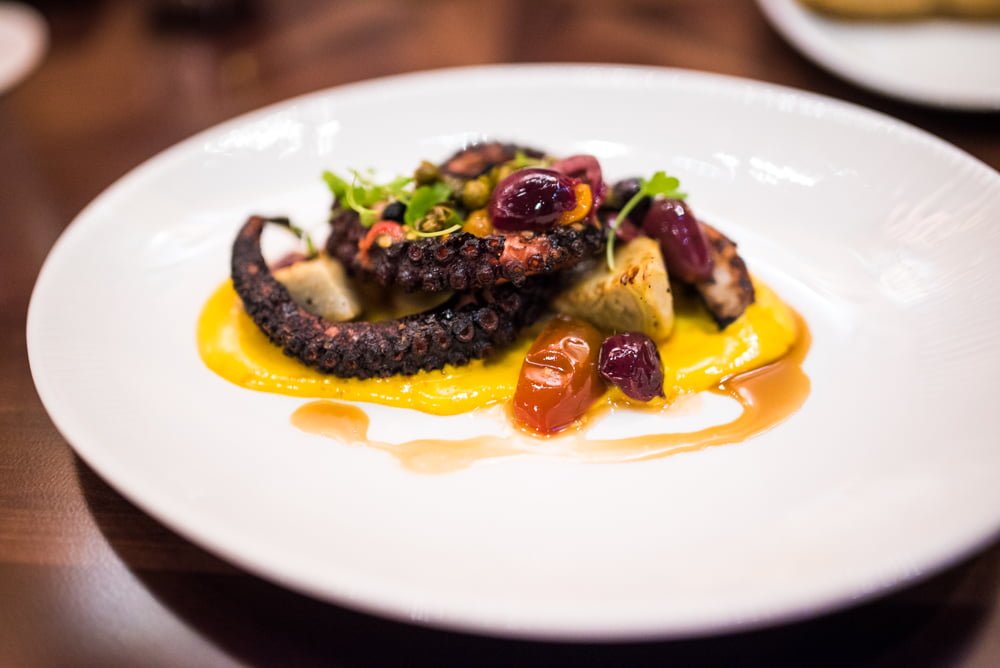 9. Tiffins – A tribute to the explorations and travels that provided the genesis of Disney’s Animal Kingdom theme park, Tiffins simultaneously feels like dining in an art gallery, and eating at a high-end, low-key restaurant where globe-trotting Imagineers would themselves dine. Fortunately, it’s not a hodgepodge or scholar’s den of eccentricities, and instead is a carefully-curated art gallery, with great attention to detail.

The menu at Tiffins is delightful, with a variety of ambitious dishes that are adventurous and reflective of the restaurant’s overarching theme. Again, it’s all about attention to detail here, with everything from presentation to the confluence of flavors making Tiffins a winner. There are several approachable options here, but Tiffins is a great place to challenge your taste buds, step outside your comfort zone, and take a veritable adventure in dining. 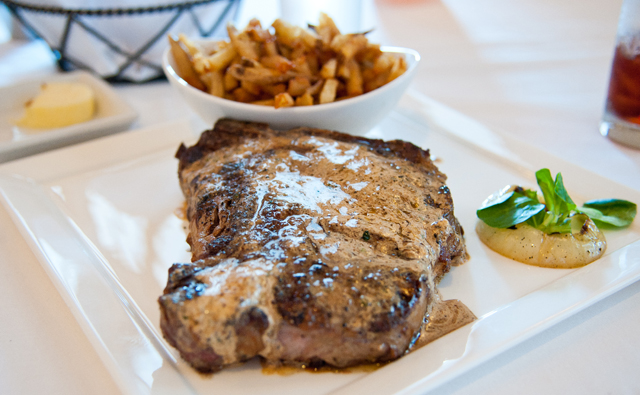 8. Yachtsman Steakhouse – A carnivore’s paradise, Yachtsman Steakhouse is the place to go at Walt Disney World for glorious cuts of meat. This is apparent as soon as you walk in the entrance where you see…a butcher in a case booth making the “magic” happen. It also manages an upscale setting, with sophisticated design, rich woods, and a classy interior.

You really can’t go wrong with the cuts of meat here–no matter what you get, you’re in for a treat. Although Yachtsman Steakhouse has other menu items besides awesome cuts of meat, these are where the menu shines. The ‘classics’ makes it the most approachable Signature Restaurant at Walt Disney World, and something that even “meat and potatoes” kinds of guests will enjoy and appreciate. 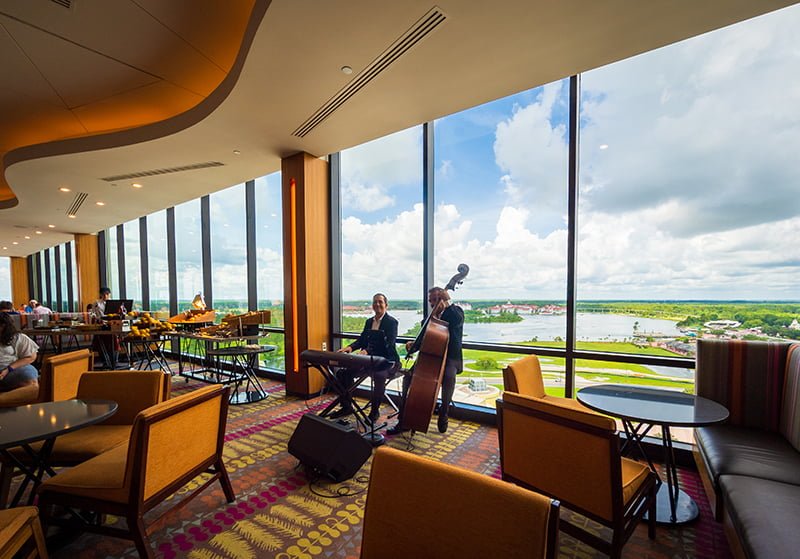 Dinner at California Grill is the perfect way to spend an evening at Walt Disney World, but we’re even bigger fans of “Brunch at the Top.” This all you can eat meal with mimosas does both quality and quantity exceptionally, and the live music makes for a sophisticated meal. You can even come back later to watch the fireworks from their private viewing deck! 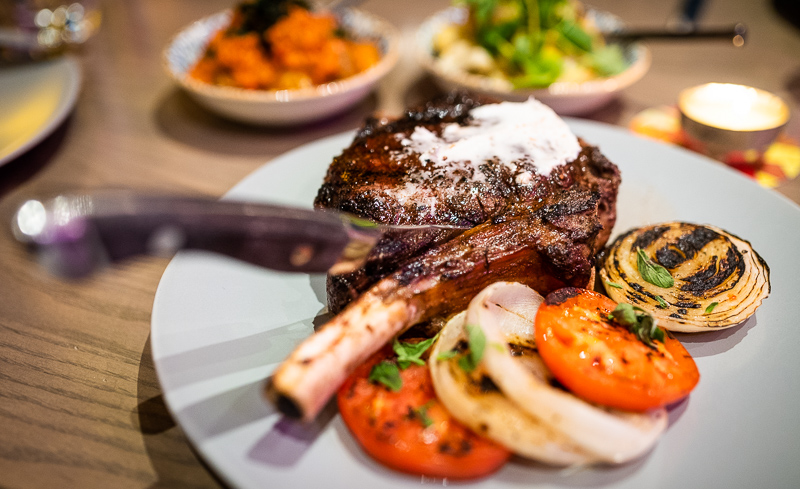 6. Toledo Steakhouse – Grade inflation is always a concern for new Walt Disney World restaurants, as are menu and quality erosion. However, of the 2020 newcomers to the list, we’re least concerned about Toledo – Tapas, Steak & Seafood being dumbed down or falling from our graces.

Not only is the concept ambitious and fun, but the food is delicious, the views are exceptional, and the prices–for the quality of the cuisine–are not inflated too much by Walt Disney World standards. The fact that Toledo caters heavily to conventioneers plays a huge part in all of this, and will likely ensure that the restaurant maintains its high standards. It arguably belongs in the top 5, and perhaps we’ll test a few more meals at Toledo, just to be safe. 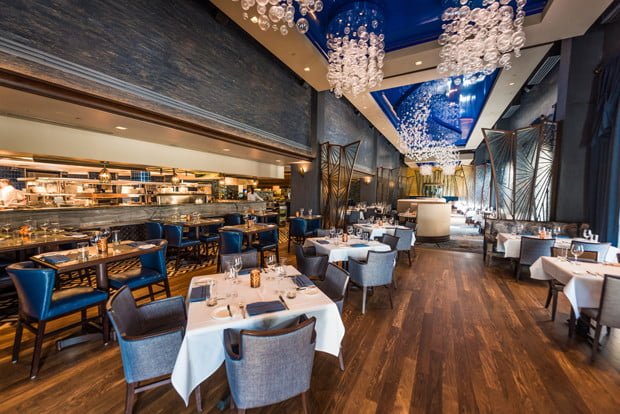 The Signature Flying Fish Cafe “Blue Crab Bisque” is a popular appetizer, but the “Tour of the Coast” is a good way to sample a variety of options. In terms of entrees, the filet is shockingly good, but we’d recommend sticking to seafood (go to #2 if you’re in the mood for a steak). Dessert rounds out the experience with a lot of interesting options. For a Signature seafood restaurant, prices are surprisingly fair, which also helps bump Flying Fish into the top 5. 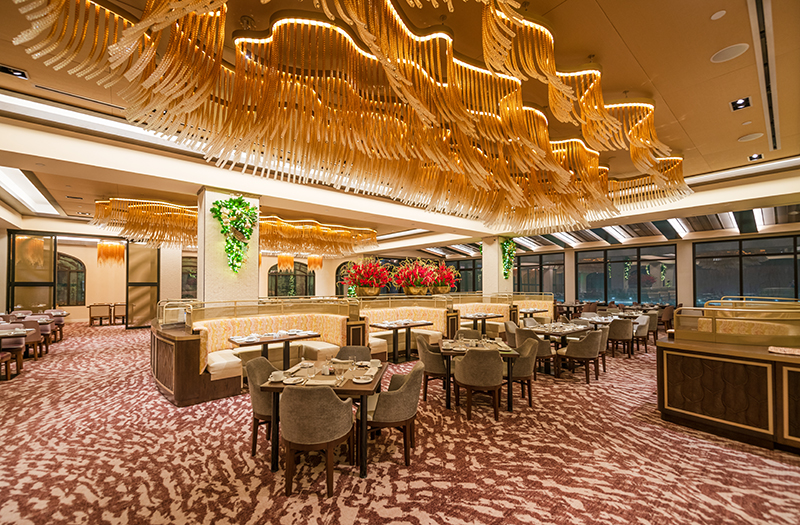 4. Topolino’s Terrace – Along with Toledo, this is one of two new restaurants that offer superlative rooftop dining that surpasses perennial favorite California Grill. As Topolino’s Terrace – Flavors of the Riviera is still only a few months old, we have some lingering concerns about its longevity, but for now, it’s a superstar.

Located at Disney’s Riviera Resort, it’s an easy Skyliner gondola ride from several resorts plus both Epcot and Disney’s Hollywood Studios, and offers fireworks views of both parks. While dinner is the reason it makes this list, families should not overlook the exceptional Breakfast à la Art with Mickey & Friends, which is our new favorite character meal at Walt Disney World. 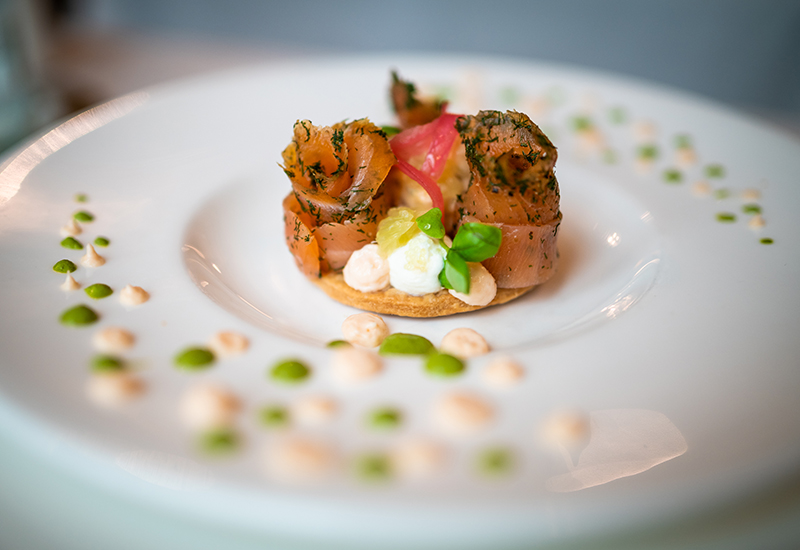 Cuisine at Monsieur Paul is a veritable Tour de France, with each dish offering tremendous nuance and variety. Presentation is meticulous and exquisite, flavors are bold and inventive, and service is attentive. With that said, Monsieur Paul won’t be for everyone. As noted, Monsieur Paul is fine dining, and the emphasis here is on quality over quantity. If you’re looking for one of the best meals you can have at Walt Disney World, look no further. If you’re looking for one of the biggest meals, look elsewhere. 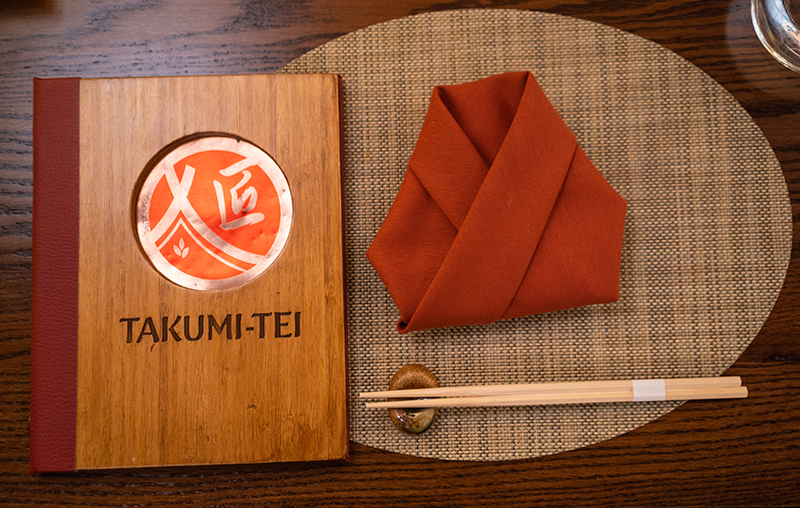 2. Takumi Tei – Epcot’s newest restaurant is a lot like Monsieur Paul, but totally different. Whereas France’s flagship eatery is Epcot’s most refined, Takumi Tei is its highest concept. Both are incredibly sophisticated, but ultimately illustrate the differences between service and cuisine in Japan and France.

While the food is absolutely spectacular (especially the Omakase Tasting Menu, which is highlighted by Wagyu and bone marrow), Takumi Tei is all about Omotenashi. This is the Japanese concept of service with great attention to detail and from the bottom of the heart. It’s incredibly warm, gracious, and welcoming. Oh, and the food cannot be overlooked–from seafood to duck to that glorious beef, Takumi Tei is an absolute winner, and its top tier meals give Victoria & Albert’s a run for its money… 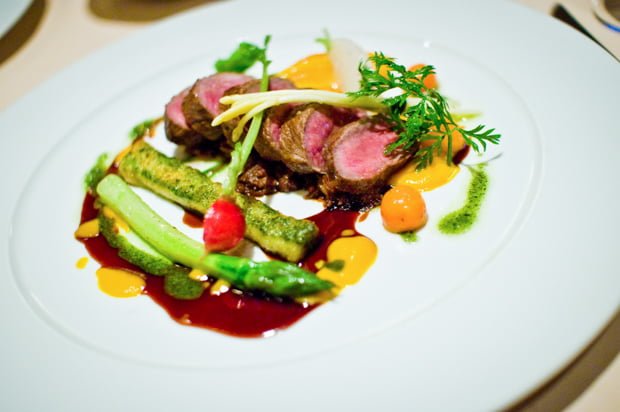 Victoria & Albert’s offers a prix fixe six-course meal (we won’t fixate on each “best” menu item) consisting of gourmet and specialty fine dining options, along with other “premium” items that can be ordered for an additional charge. If you’re a real foodie, you can also book the Chef’s Table for a unique, albeit less romantic, dining option. Given all of this, why would Victoria & Albert’s not be #1 on anyone’s list?

Price. The fixed-price cost for the regular dining room starts at $185 per person and with wine pairings and upgrades, the cost can easily eclipse $600 for a couple. That said, even the price can’t prevent Victoria & Albert’s from snagging the #1 slot here by a wide margin. This is because, for the type of restaurant it is, it’s pretty well priced, and because the food really is that good.

Everything about the restaurant is exquisite, making it far and away the best restaurant at Walt Disney World.  It’s somewhere everyone who enjoys fine dining should eat at least once. In terms of value, even at its high cost, I would rate Victoria & Albert’s very highly. In my mind, it’s one of the few restaurants at Walt Disney World that would not be overpriced in the real world for the food and service it offers. That’s high praise for a meal that cost us over $300!

There you have it, our top 10 list of table service restaurants at Walt Disney World. You may notice that a lot of popular restaurants didn’t make this list. This includes a handful of Signature Restaurants, a high number of superlative Disney Springs options, and a few under-the-radar fan favorites. As we said above, it was difficult to narrow the list down to the 10 best table service restaurants at Walt Disney World…but we managed to do it!

Do you agree with our top 10 table service restaurants at Walt Disney World? Any restaurants that you’d add to the list? Any dining spots we list that you do not think are worthy of a spot? What are your favorite table service restaurants in Walt Disney World? Any questions? Hearing your feedback—even when you disagree with us—is both interesting to us and helpful to other readers, so please share your thoughts below in the comments!