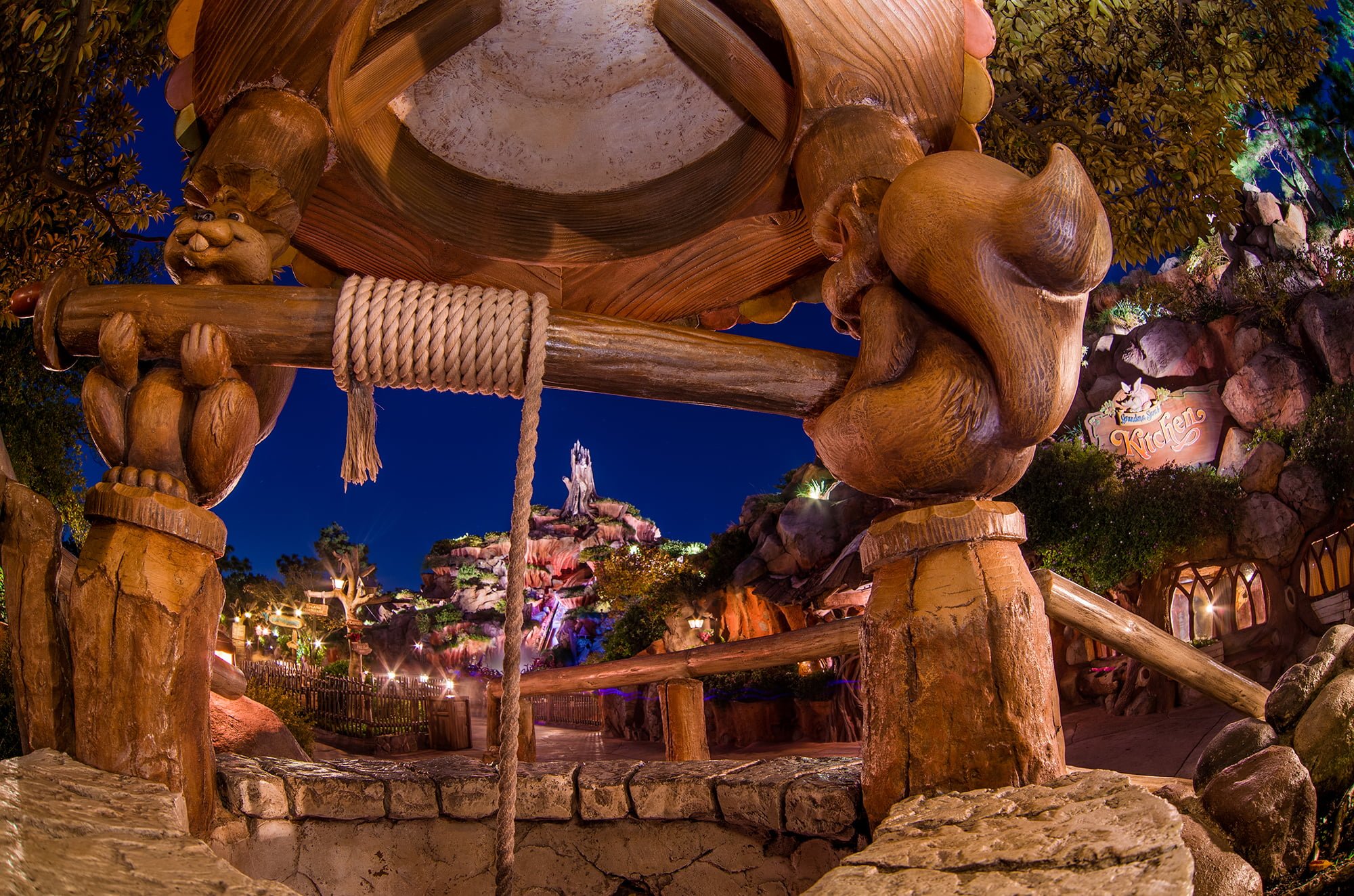 Splash Mountain could be redone at Tokyo Disneyland, per the operator of Japan’s Disney parks. In this post, we’ll cover the news, commentary on why we think it’s unlikely to happen, and share photos of the ride plus Critter Country, which is basically “Splash Mountain Land.”

To recap in case you missed the news, Disney announced that Splash Mountain will be rethemed to the Princess and the Frog at Walt Disney World and Disneyland. The new ride will pick up this story after the final kiss, and join Princess Tiana and Louis on a musical adventure as they prepare for their first-ever Mardi Gras performance.

Per news reports in Japan, Oriental Land Company has stated that discussions are underway on whether to change the popular attraction at Tokyo Disneyland. An Oriental Land Company representative said they were aware of the proposed change for the U.S. parks, adding that at this point, only consideration was being given about what to do with the ride at Tokyo Disneyland…

By way of background, Splash Mountain at Tokyo Disneyland is essentially its own land. The attraction itself is largely a plussed clone (unquestionably the best version of Splash Mountain), but the land that was built around it is wholly unique. It was one of the first major expansions embarked upon by Tokyo Disneyland, and its engaging and layered design represents an antidote to the large expanses of flat pavement and wide walkways throughout the park’s early formulaic copy and paste years.

As noted above, Critter Country could just as well be called “Splash Mountain Land” at Tokyo Disneyland, as everything is woven into the main attraction. Beaver Brothers Explorer Canoes, Rackety’s Raccoon Saloon, Hoot & Holler Hideout, and Grandma Sara’s Kitchen are all part of Splash Mountain. (See our look Inside Disney’s Splash Mountain Restaurant for more.) They are inextricably intertwined, and it’s unlikely one component could change without the rest following suit. 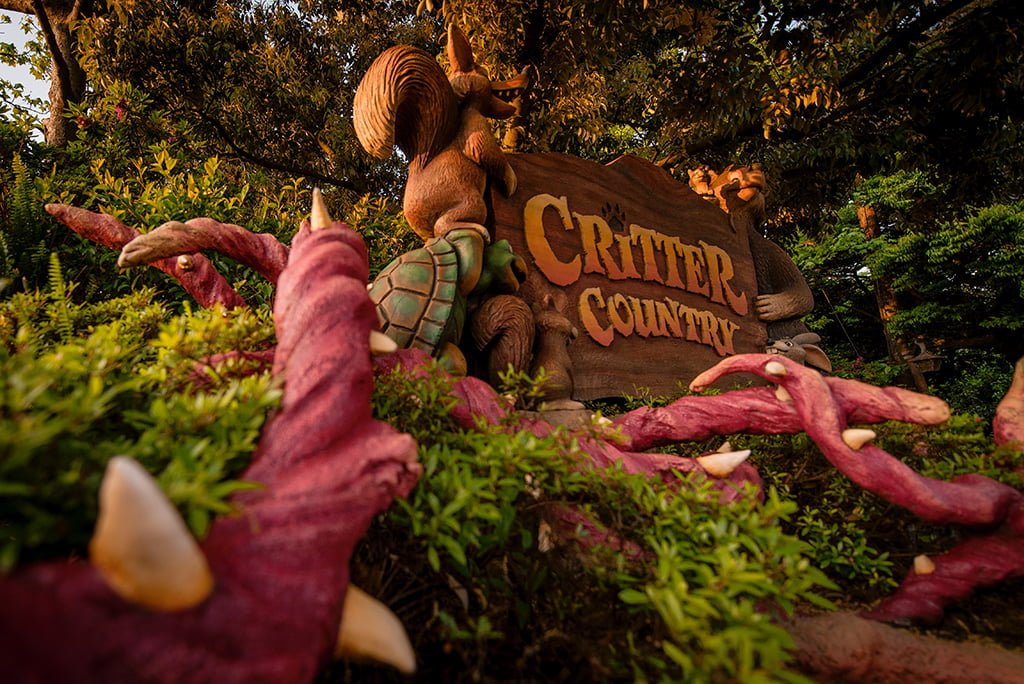 We’re skeptical that Tokyo Disneyland will reimagine Critter Country for a few reasons. The first is just in reading between the lines with an understanding of the dynamic between Oriental Land Company and the Walt Disney Company, coupled with how Japanese companies operate.

Japan’s corporate culture (and social norms in general) is very different than that of the United States. Japanese business people are known for being incredibly polite, and will express keen interest and attention in the proposals being presented to them. This is purely superficial and for the sake of conveying respect, but is often misconstrued by foreign business partners as genuine enthusiasm. 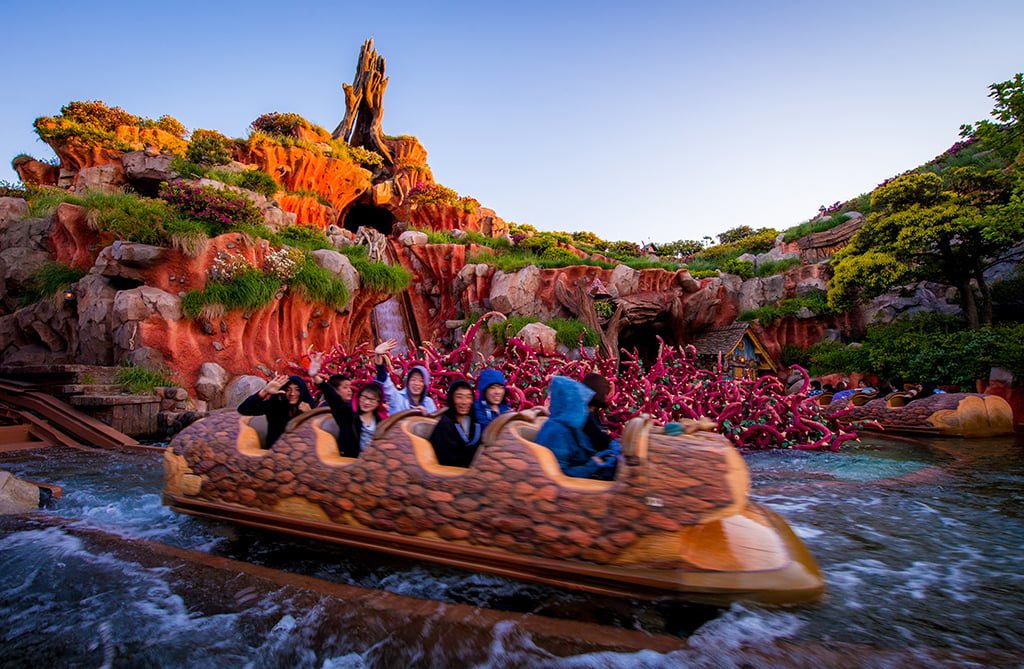 There are amusing anecdotes of this happening between executives of the Walt Disney Company and Oriental Land Company. In fact, American Disney leaders misreading their Japanese counterparts has been the genesis of several rumors over the years. Cars Land “almost” being green-lit to replace Westernland or MagicBands coming to Tokyo Disneyland are prime examples of this. 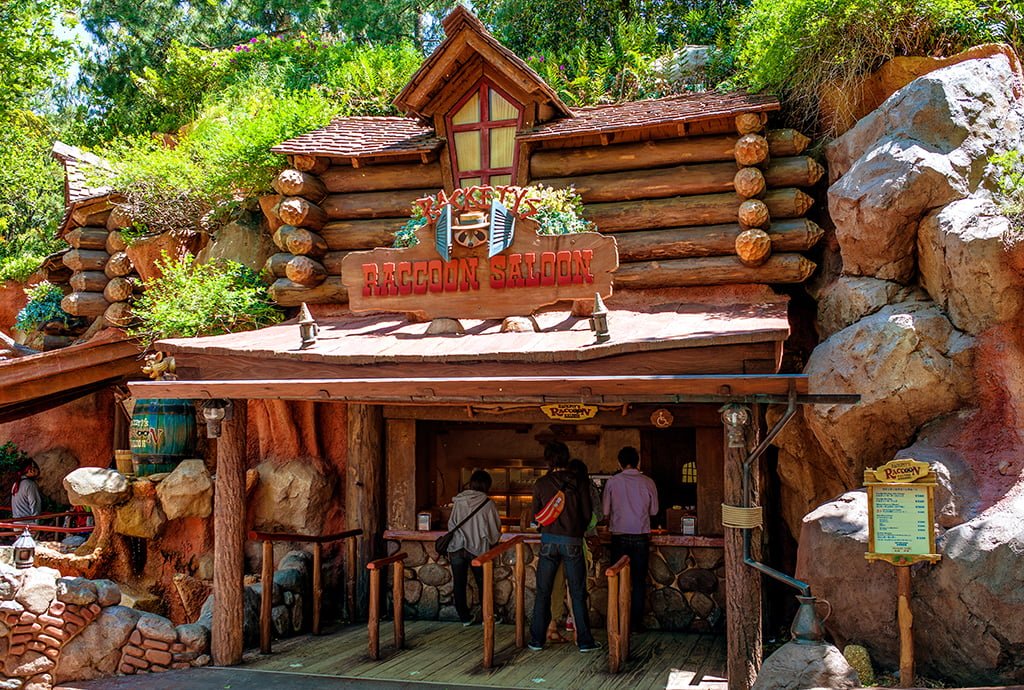 That’s simply the nature of the beast, with OLC being the purchaser and Disney the vendor. (That puts it in cold terms, but that’s precisely the dynamic here and why Disney has a vested interest in trying to sell OLC on cloned attractions/land.) It doesn’t mean anything will come of it.

If I were invited for a weeklong trip aboard a super yacht under the condition that I listen to a super yacht sales pitch and consider buying one, I’d absolutely do it. However, even if I do “consider” it, there are obvious impediments to consummating the purchase. While OLC does have super yacht money, they have flying pirate ship tastes. 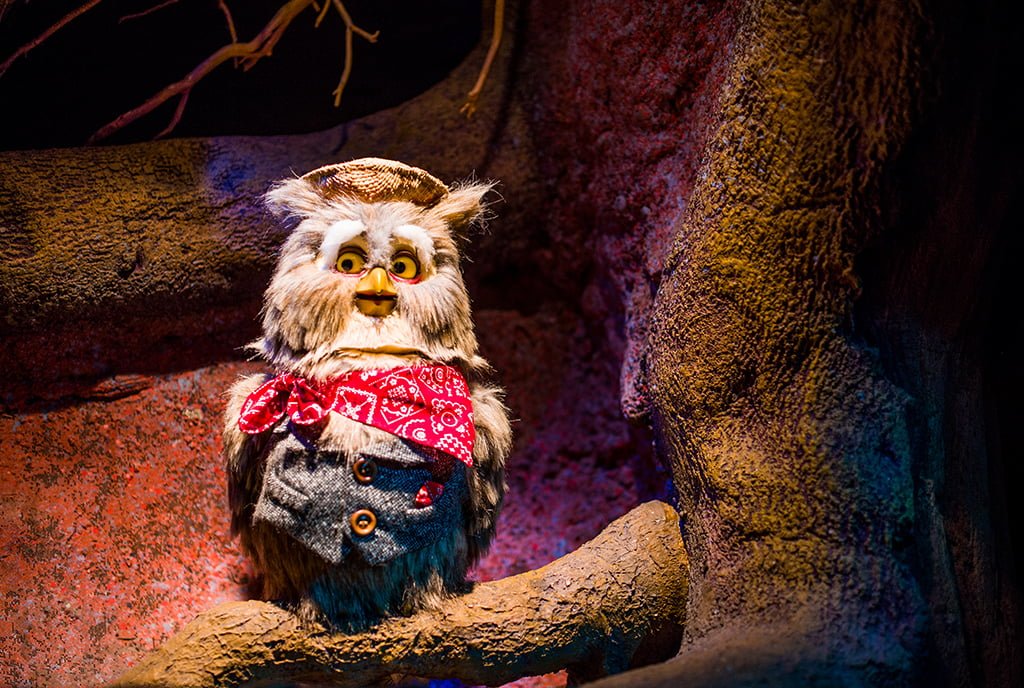 This brings us to Japanese culture, in general. Again, Japan is obviously very different than the United States, and has its own unique problems. While it is slowly starting to change as demographics shift, Japan remains socially insular and traditional. (There’s much more to it than that, but it’s beyond the scope of this post.)

The other half of this is that while Splash Mountain is a step removed from its source material in the United States, it’s essentially two steps removed from that in Japan. The cultural baggage from Song of the South just isn’t the same. For Tokyo Disneyland’s guests, Splash Mountain is exclusively a cute singing animal attraction, which squares perfectly with kawaii culture. 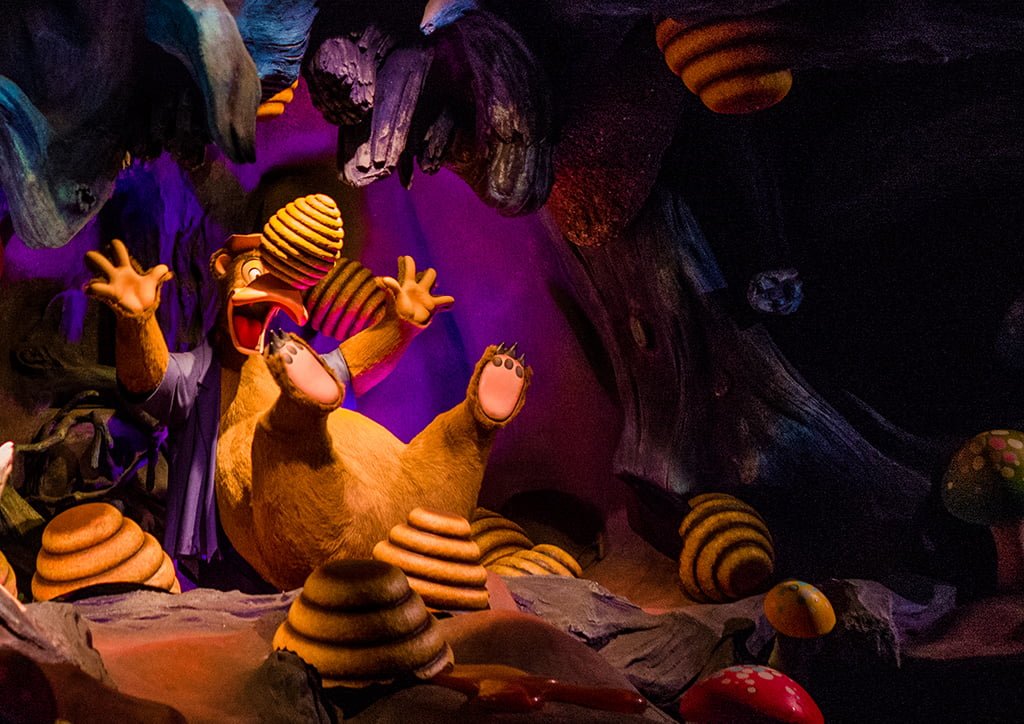 If Splash Mountain is changed at Tokyo Disneyland, we’d expect it to happen far down the road rather than in the near-term. There’s the perception that OLC has deep pockets and spares no expense on their two parks, but that’s only part of the story. (If not a complete misconception.) We’d contend that a more accurate view would be that OLC is more deliberate and slower-moving than Disney.

There is very little tinkering with attractions, toying with tech, or risky expansion. Tokyo Disneyland never got interactive queues, its Haunted Mansion doesn’t have “plussed” scenes that now appear dated due to bleeding edge technology that didn’t age well, etc. Popular attractions seldom change without a clear nexus between cost and increased attendance. (A good example here for multiple reasons is Pirates of the Caribbean. Johnny Depp was added but no other scenes have changed in decades.) 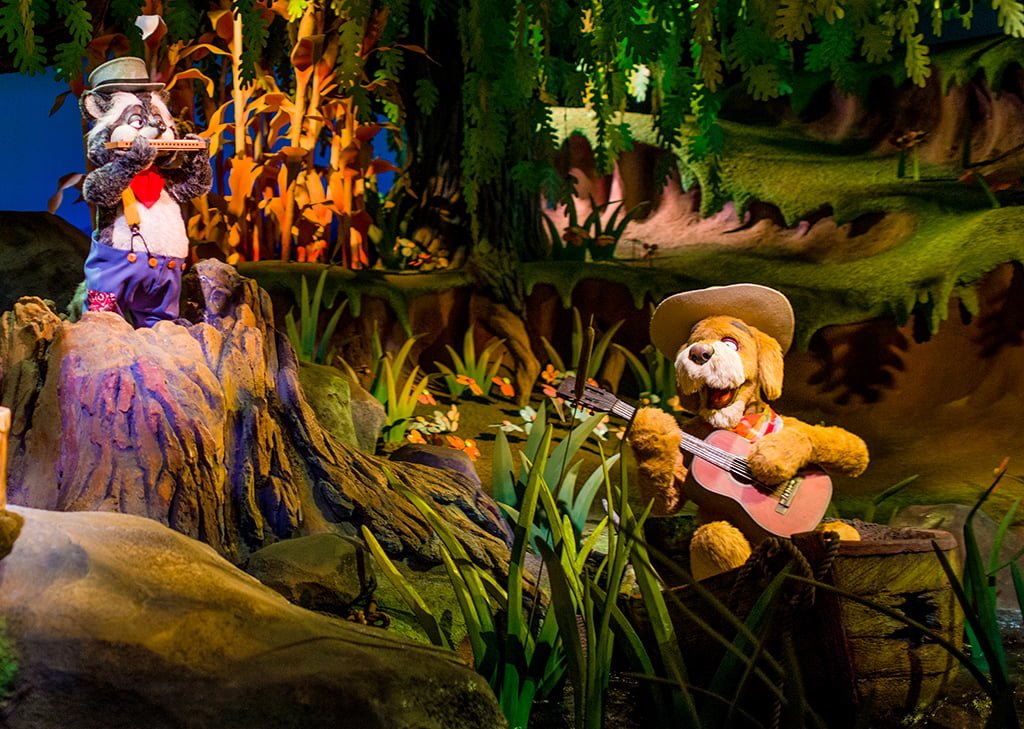 I can’t think of a single cloned attraction that was green-lit for Tokyo Disney Resort before debuting and proving popular in the U.S. parks. To the contrary, many such additions come years after they’ve been added elsewhere, and are iterated upon to remove troubled effects or to polish the experience.

Indiana Jones Adventure is a prime example; many of the ambitious and envelope-pushing effects were eliminated, which might seem like a matter of budget cuts. In actuality, it’s because those never worked reliably at Disneyland, so they didn’t make the cut when the ride was ported. Indiana Jones Adventure is still a blockbuster attraction with its own unique components at Tokyo DisneySea. Same goes for Tower of Terror, Toy Story Mania, and Soaring: Fantastic Flight. 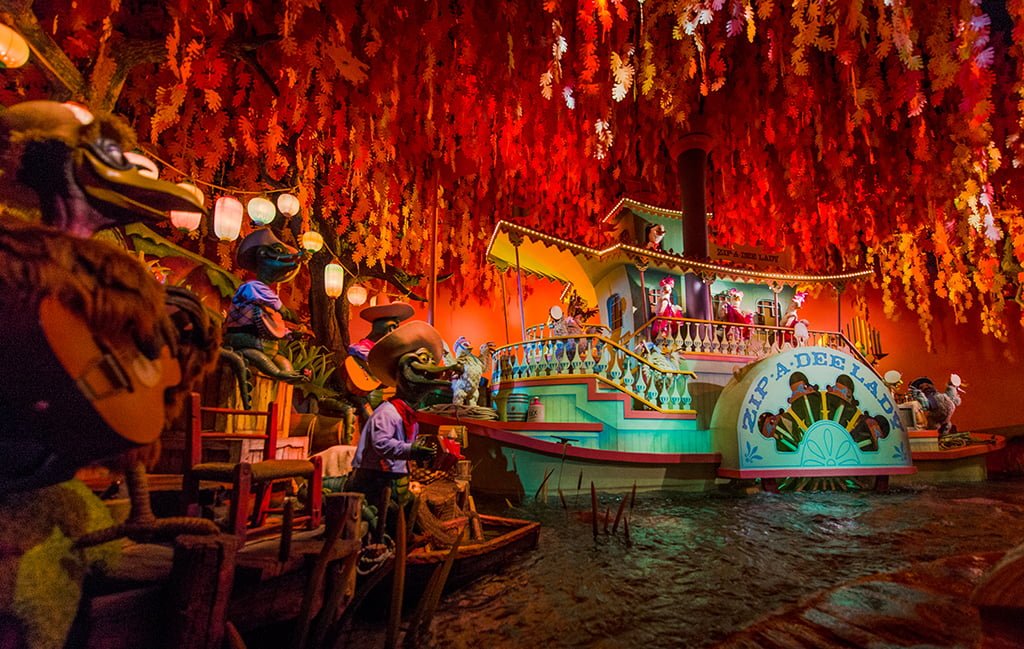 Before the Beauty and the Beast expansion was announced, OLC had not invested in capital projects to the same extent as the U.S. parks in the last decade. Smaller additions still occurred, and lavish new entertainment was regularly added, but no major attractions.

The last few years have seen an explosion in announcements and construction, between the $750 million Fantasyland/Toontown/Tomorrowland area that’s nearing debut and the $2.3 billion Fantasy Springs project at Tokyo DisneySea. 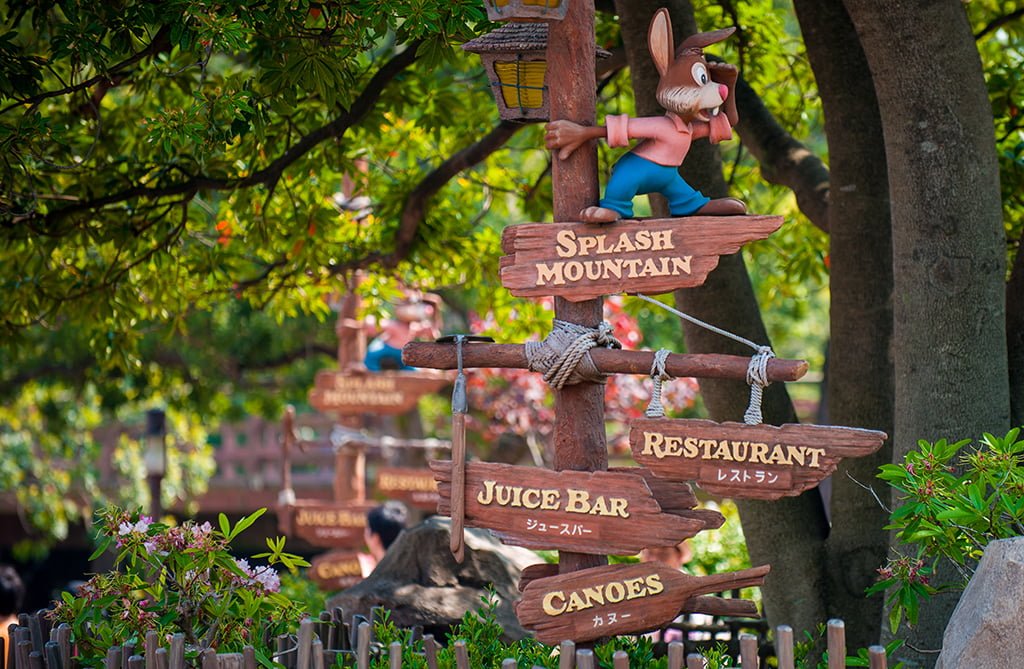 These are unquestionably ambitious and expensive projects–but they’re also sure things. They’re based on the most popular and enduring Disney animated films in Japan; we can’t yet speak to their substance, but there’s little question they’ll be successful additions that pay for themselves many times over.

Ultimately, that’s our view of what the decision-making process will look like at Tokyo Disneyland for Splash Mountain. It’s one thing for Oriental Land Company to release a brief statement that they’re considering making the same changes–it’s the respectful thing to do even without consulting their U.S. counterparts.

However, the eventual decision will likely come years from now once the guest reception to the Walt Disney World and Disneyland incarnation is clear. And even then, it’ll be largely predicated upon economics. Will OLC view investing significant funds in redoing multiple components of Critter Country to be fruitful when the cute animals are very popular? There’s a non-zero chance they will, but probably not much more than zero. Short of extraneous forces, it’s difficult to see a change within the next 5 years at Tokyo Disneyland.