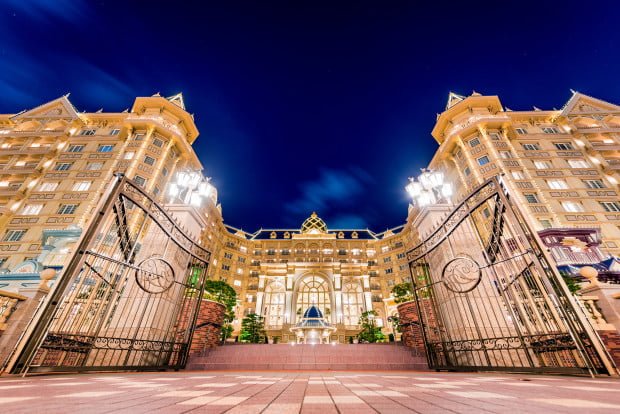 This post ranks & reviews the best and worst hotels near Tokyo Disneyland & DisneySea with pros & cons for each, plus room photos and some other basic information and tips. It consists of my opinions on each hotel at which we have actually stayed, plus some considerations regarding to whom each hotel might appeal.

To be perfectly blunt, the rankings here are only going to be useful to a certain extent. For example, how do you compare Hotel MiraCosta–a five star luxury hotel inside a theme park, costing a minimum of $400/night–with a chain hotel without much in the way of theme, but with a solid location and costing a fraction of the price? I suppose “arbitrarily” is the snarky answer, but I will try at this possibly futile task nonetheless, in the hopes that from the quick hit points here, you can distill something, and apply the pros and cons to your own unique circumstances.

Staying off-site can be cheaper, and you may think it’s beneficial to have a centralized base for explorations in the city (it’s not–you should do a split stay at a hotel in Tokyo for that leg of the trip, and a hotel in Tokyo Bay for the Tokyo Disney Resort leg of the trip), but dealing with getting to the parks from off-site can be a real hassle, especially considering how imperative it is to arrive at these parks before rope drop.

We’ve stayed at all of the on-site non-Disney hotels, which are going to be the most attractive option for most travelers for whom money is an issue. We have not yet stayed at Disney’s Ambassador Hotel (on-site Disney) or Disney Celebration Hotel, which is actually off-site. In addition to all of the on-site hotels, we’ve also included in the rankings a few off-site hotels at which we’ve stayed.

Okay, let’s take a look at the rankings & reviews of the hotels near Tokyo Disneyland at which we’ve stayed thus far… 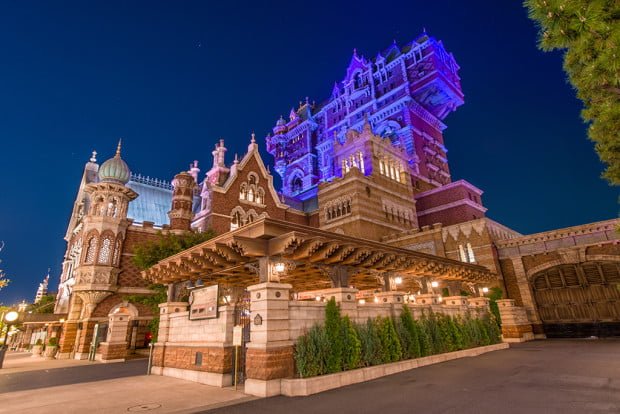 Never. again. We have stayed at 25+ different hotels in all sorts of styles of accommodations, from traditional ryokan to hostels, all across Japan, including Tokyo, Kyoto, Nara, Osaka, etc., and only have had one truly negative experience. That was at Family Fifty’s.

The only reason we booked this in the first place was because prices for our normal Tokyo Bay options were astronomically priced during our visit (lesson: always look at hotel costs before buying airfare, no matter how good the flight deal). Our room was essentially in the basement of the hotel, with visible mold on the walls, bugs in the bathroom, and the lovely aroma of cigarettes+mold+nasty feet.

If you look at online booking sites, you might notice this hotel is very divisive; what I’ve gleaned from these reviews is that rooms on the 2nd floor are nicer, so if you do book here, request a 2nd floor room. Really, though, save yourself the potential horrors that await and just stay somewhere else. Sorry, we don’t have any photos of this one. We tried to erase this visit to the real life tower of terror from our minds and apparently that meant not taking shots of the room. 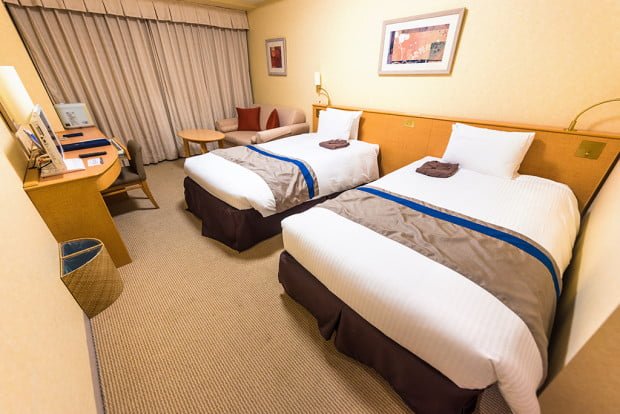 This is a really nice hotel with modern rooms, nice amenities, and a convenience store and spa in the hotel, among other things. Considering those things in isolation, it would be higher on this list. Unfortunately, its price is often out of whack with its location, which is off-site about 25 minutes away on the JR Line or via shuttle (it’s a Tokyo Disney Resort Partner Hotel, so it does have a shuttle).

It’s not the most convenient hotel in terms of location, but it’s not altogether inconvenient, either. Really, it comes down to price. If you can find it for ~$125/night or less, consider it. Otherwise, look elsewhere. 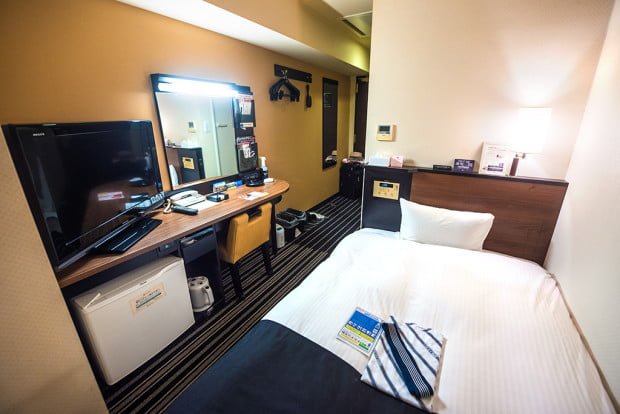 If you want some serious ‘Tokyo Disney on a Dime’ street cred, book a stay at APA Hotel Tokyo Shiomi Ekimae. This is an off-site hotel, but it scores major points for value and convenience. In terms of value, for a single room, it’s often below $50/night. For a double, it can be around $80/night.

Not only that, but it’s a nice, modern hotel! In terms of location, it’s less than a 5 minute walk from the JR Keiyo line, which is the line Tokyo Disney Resort is on. You’re looking at about 20-25 minutes from your hotel door to the Tokyo Disneyland entrance, and it’s an easy commute. This is the ideal hotel for solo travelers on a budget–probably not as alluring for families. 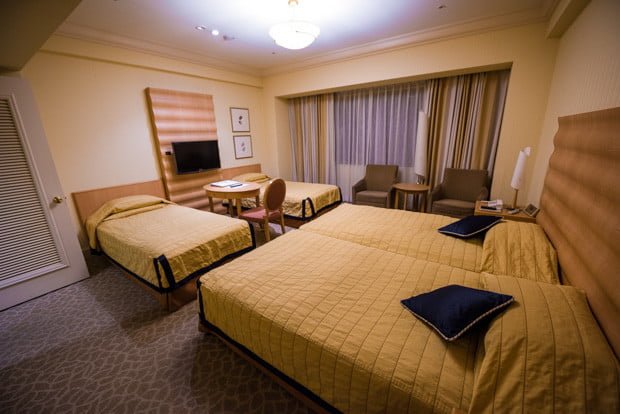 At one point, this was a lavish hotel offering luxury accommodations and exemplary service. Now, just the service is nice. Oh, and the bathrooms. Although the rooms are dated, they are still nice–and nicely maintained, so that’s not as huge of a qualm as it could be. The big issue with Hotel Okura Tokyo Bay is the overly-firm, low-quality, and aged mattresses.

These are so uncomfortable that they might impact your ability to get a good night’s sleep. The biggest upside is pricing, as Hotel Okura Tokyo Bay is now one of the least expensive hotels near Tokyo Disneyland for many travel dates. Whether the attractive price is enough to overcome those awful mattresses is a matter of personal preference. (As of April 2018, we’ve stayed at Hotel Okura more than any other Tokyo Disney Resort hotel, so that should answer where we stand on the cost v. comfort issue.) 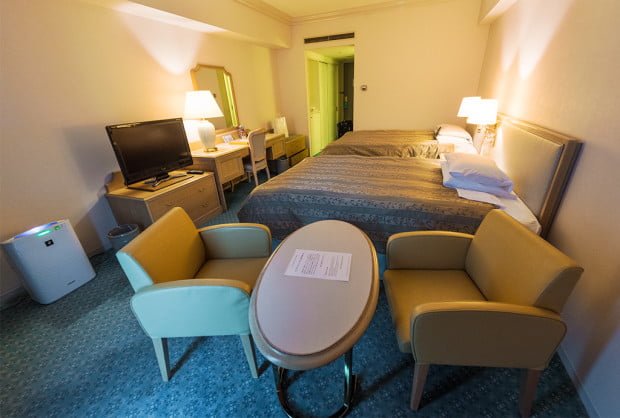 If our experience was any indication, Tokyo Bay Maihama Hotel Club Resort is “the wedding hotel” at Tokyo Disney Resort. Whenever we were there, it seemed like a wedding was taking place in wide open atrium. The hotel feels a tad dated with a mid-90s vibe, but it has all been excellently maintained.

The natural light coming through the skylights in the morning and strands of popcorn lights at night make for the perfect mood in the common areas, and we really enjoy this aspect of Tokyo Bay Maihama Hotel. Rooms also show their age (moreso than the common areas), but have been well-maintained and are spacious. It’s one of the farther hotels from Bayside Station, but it’s an easier walk to Tokyo Disneyland. 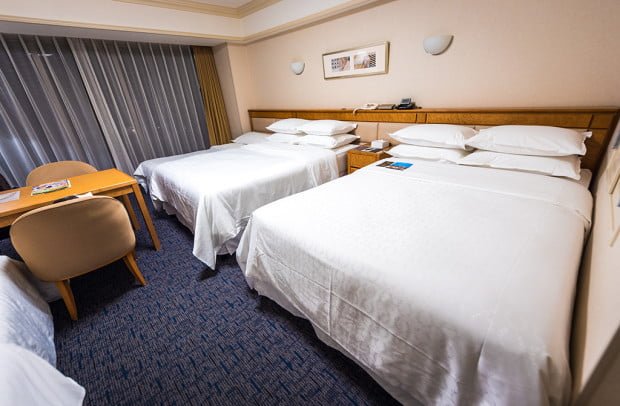 After a great experience at the Hilton, we were expecting great things at the Sheraton Grande. It turned out to be a colossal letdown. The common areas were modern and looked great, and the hotel had a solid slate of amenities, but the guest rooms were outdated. We ended up staying in two different rooms here, and the same issues existed in both.

The furniture was out of date, the room smelled like cigarettes, and the place just seemed tired. About the only upside was the bathrooms, which were fairly good, all things considered. Most Westerners are likely going to choose this or the Hilton, and at present, the Sheraton Grande does not hold a candle to the Hilton. Unless there’s an unbeatable deal at the Sheraton, we recommend looking elsewhere for an on-site stay, even if it means paying a tad more at the Hilton. 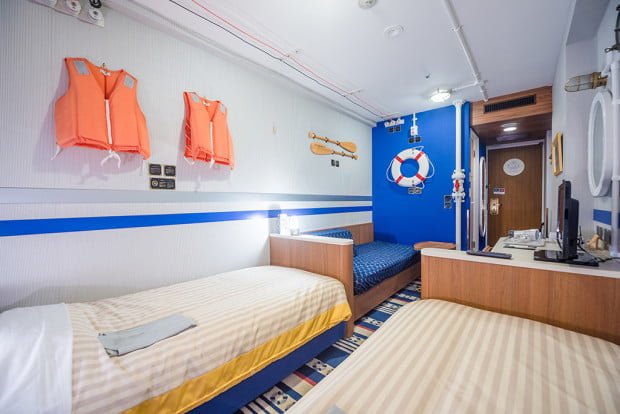 While all of the other hotels in the top 6 here are Western style hotel rooms in the sense that they are spacious, rather than compact and attempting to use space as efficiently as possible. Sunroute Plaza is an Eastern style hotel room, like the majority of those you’d find in Tokyo proper and elsewhere in Japan.

If you’re traveling as a family–or are accustomed to larger rooms–this may pose a problem. Despite its smaller size, it is incredibly well-designed, meaning there’s virtually everything you’d expect from a larger hotel room…except empty floor space. The rooms and hotel as a whole also has themed decor, making it a fun option. It’s a short walk to Tokyo Disneyland, too. Definitely worth a look depending upon pricing if you’re traveling solo or as a couple. 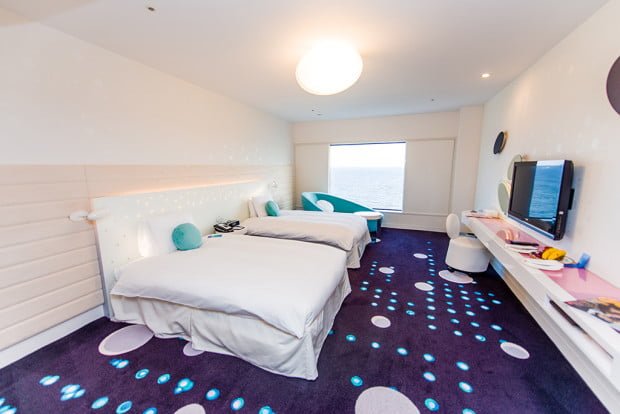 Given its quality, location, and typical pricing, at any other Disney resort in the world, Hilton Tokyo Bay would have a strong shot at the #1 slot. Its rooms, especially the distinctly Japanese “Celebrio” ones, are well done and spacious, and the hotel itself has excellent amenities and feels modern.

Then there’s the location, just steps from the Bayside Station on the monorail loop. Pricing is the icing on the cake, with rooms here regularly available for ~$150/night. Comparing Hilton Tokyo Bay to the top 2 on this list is like comparing apples to velociraptors, but it’s a great hotel in its own right. 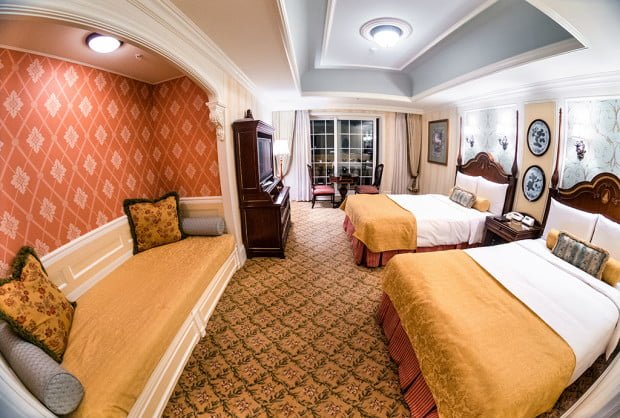 The rooms here are lavish and nail the Victorian theme, and the entire hotel expertly balances sophistication with Disney whimsy, making it feel neither stuffy nor overall cartoonified. It’s a close second to Hotel MiraCosta here, and the second best Disney hotel in the world, as well. 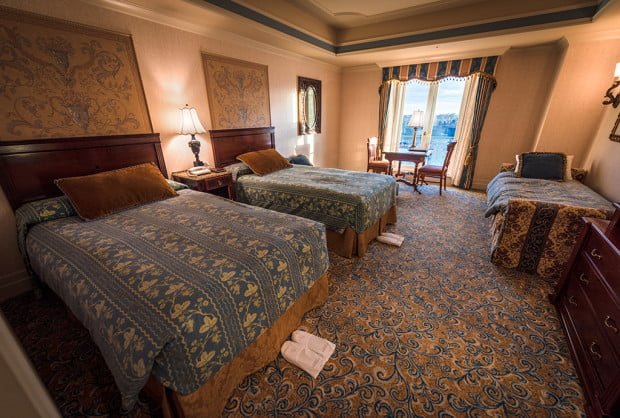 The most grandiose Disney hotel is located inside Disney’s best theme park in the world. Need we say more? Probably not. Just to be safe, though, it’s worth pointing out that this is the only Disney hotel I’d describe as truly opulent, and for me, it is a hotel without equals. Usually, I am itching to get into the parks when I’m at Tokyo Disney Resort, but the idea of sitting at a table in my room, sipping a warm cup of coffee while watching the Christmas harbor show as my Gelatoni plush stares at me from the bed sounds utterly sublime.

Staying at Hotel MiraCosta isn’t just another night at a hotel, it’s an experience to be savored. I’m dead serious (except about the Gelatoni bit). It’s an unforgettable experience. The rooms when we stayed there (which was just before a room refurbishment started) left a little to be desired by luxury hotel standards, but even so, we highly recommend splurging on a night or two at Hotel MiraCosta. You won’t regret it.

Read and see more in our full Hotel MiraCosta Review.