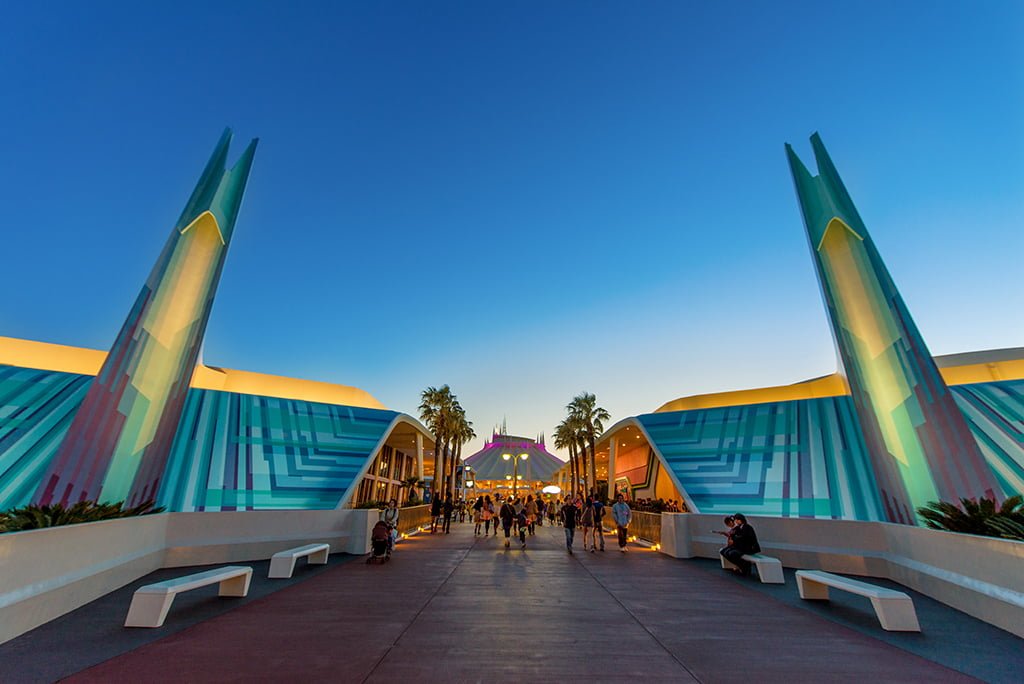 This Tokyo Disneyland & DisneySea closure calendar for 2023 lists temporary attraction, restaurant, and entertainment refurbishments so you know what won’t be operating before planning your visit. Additionally, we offer info about reimagining projects that are underway to enhance experiences around Japan’s Disney resort.

While no one wants attraction closures during their visit, they are a necessary part of keeping Tokyo DisneySea and Disneyland in good condition. Routine maintenance, safety upgrades, and attraction improvements are all done during scheduled ride closures. Usually, there are only a handful of simultaneous closed rides, along with new attractions being built.

Having an idea of which attractions are closed is important, especially if there are must-do or headliner rides around which you want to plan your trip. Beyond that, we recommend consulting our 2023 Tokyo Disneyland Vacation Planning Guide for more comprehensive info. That covers everything from saving money on park tickets and hotels to where to eat, when to visit, and more. 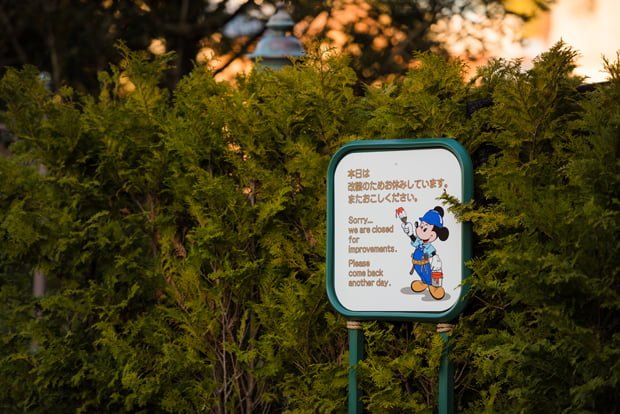 Before we get to the calendar itself, let’s start with some good and bad news when it comes to Tokyo Disney Resort ‘temporarily’ closed park facilities. The good news is that, unlike the U.S. parks, Tokyo Disney Resort releases its ride refurbishment calendar for each half of the year well in advance. This allows visitors–even those traveling from abroad–to potentially plan around the downtime.

It’s common for TDR to post its closures for half of the year all at once, once around the holidays and then again in the late summer. (In other words, expect to see the closure calendar through Spring 2024 released around August 2023.) 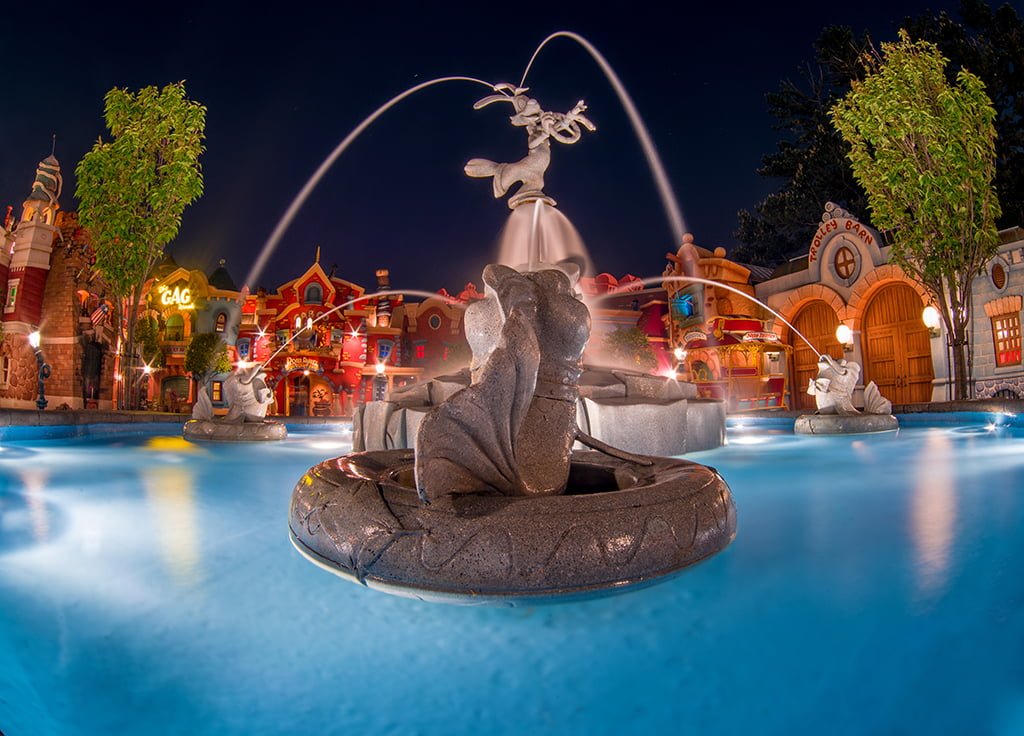 The other good news is that Tokyo Disney Resort is spectacular at doing routine, overnight maintenance. The first time we visited Japan a decade ago, we were blown away by just how much better every attraction looked. This included attractions we thought looked totally fine at Walt Disney World and Disneyland.

I specifically remember riding Roger Rabbit’s Car Toon Spin for the first time and being amazed at how crisp, sharp, and vibrant the attraction looked. (The ride vehicles also moved much smoother.) It was like going from standard definition to HD or 4K. Conversely, going from that version back to the Disneyland one made the ‘warts’ I had never noticed before suddenly much more obvious.

With routine maintenance going downhill at Walt Disney World and Disneyland and corners cut on upkeep, this difference is even starker. During our most recent visit to Tokyo Disney Resort this holiday season, everything looked spectacular. It was a very stark contrast to how many of the rides in the U.S. parks look and feel. (About the only “exception” to this is Haunted Mansion, which might be a little too well maintained at Tokyo Disneyland!) 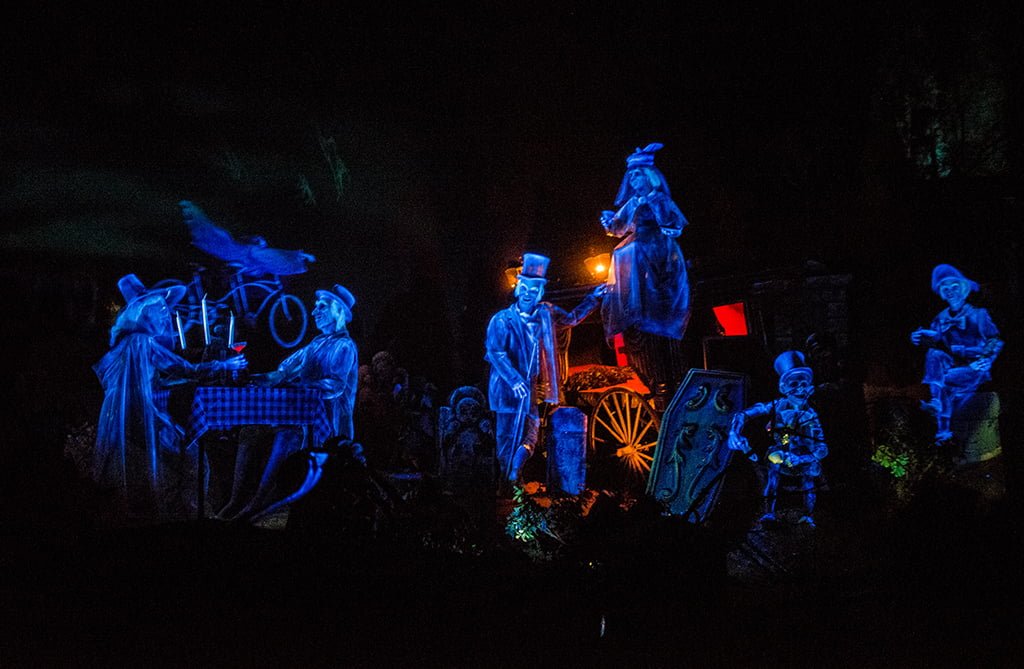 The bad news is that Tokyo Disney Resort is about a year behind the U.S. parks in its phased reopening. If you feel this has been unnecessarily slow and belabored at Walt Disney World, well, it’s even worse at Tokyo Disneyland and DisneySea. At least, for now.

The bulk of that is that theme parks in Japan had capacity constraints in place for longer and even to this day, there are health safety protocol imposed upon them. This has made the process more difficult and tedious. Fortunately, large strides were made this past holiday season and significant improvements are expected in the lead-up to Tokyo Disneyland’s 40th Anniversary. If you’re visiting after April 15, 2023, hopefully this won’t be an issue at all. 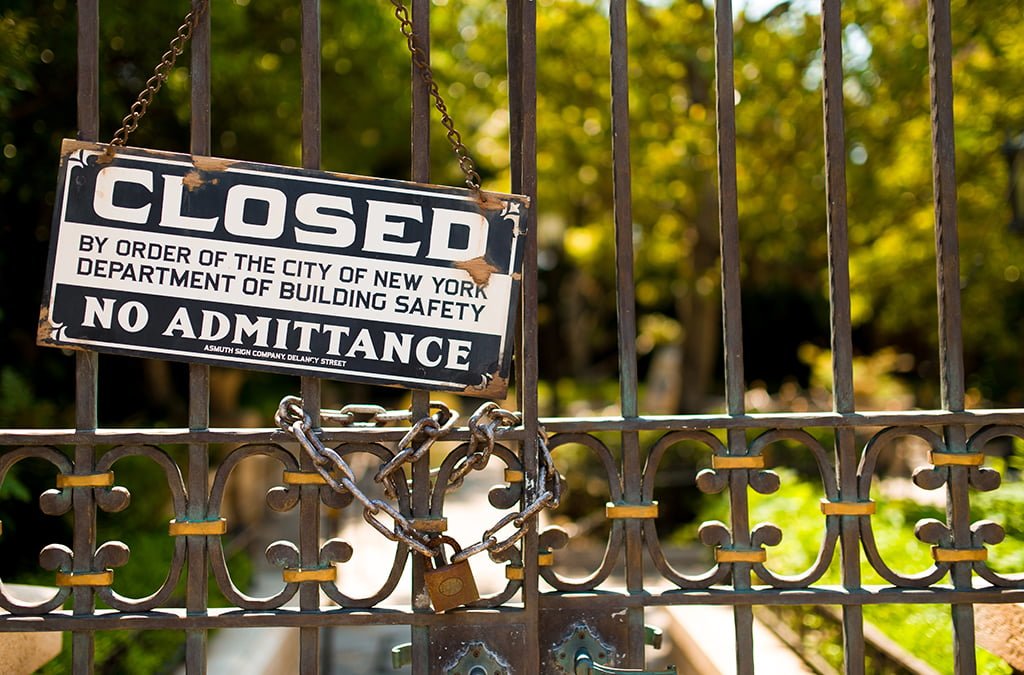 In addition to scheduled attraction refurbs, unscheduled downtime can also occur during a visit. This usually only occurs for a few hours at a time, so if you find an attraction is closed during your visit to Tokyo Disney Resort and it’s not listed below, it’s likely a temporary closure that will last a few hours. Check with nearby Cast Members to confirm.

Below is a schedule of refurbishments, when the closure starts, and when the refurbishment will conclude. To the extent that specific dates are not yet listed, those will be updated once TDR provides precise start and/or end dates. The following day will be when the attraction is scheduled to reopen. 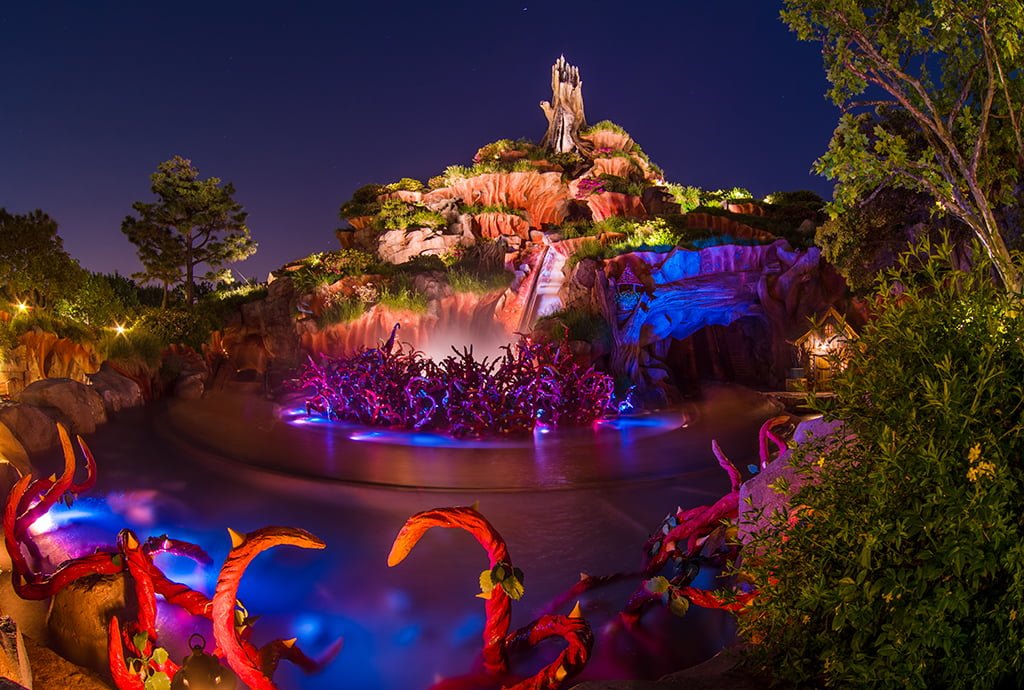 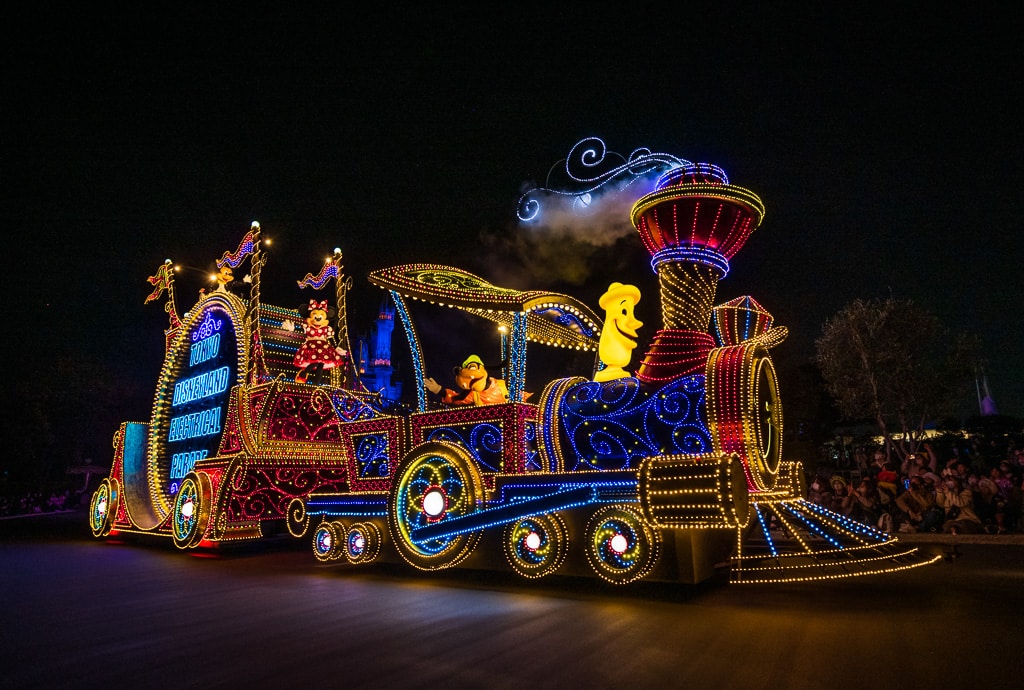 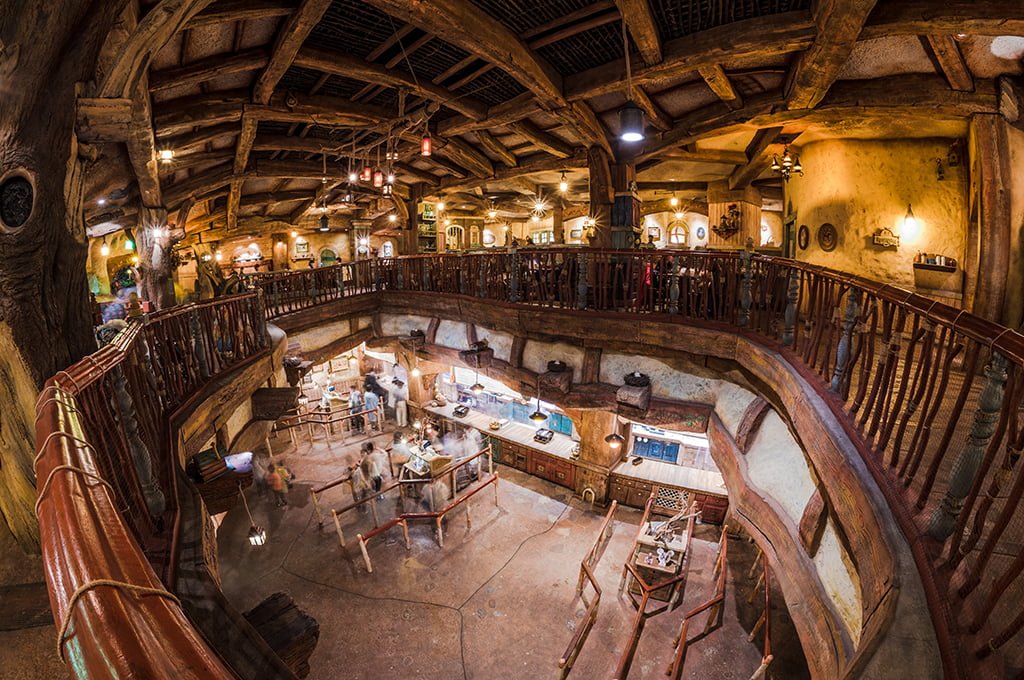 Lots of noteworthy closures at Tokyo Disneyland. Pirates of the Caribbean and the connected Blue Bayou Restaurant have been closed for a significant refurbishment project, and won’t reopen until just before the start of the 40th Anniversary. Toontown is also seeing significant work this winter, too.

Other major attractions with downtime include Splash Mountain (no reimagining), Peter Pan’s Flight, and Buzz Lightyear’s Astro Blasters. Space Mountain also has a lengthy closure, which is interesting given that the ride is slated for replacement soon; if this were Walt Disney World or Disneyland, they’d simply stop maintaining it until that was due. (See the sorry state of Splash Mountain as it awaits the Tiana’s Bayou Adventure overhaul!) 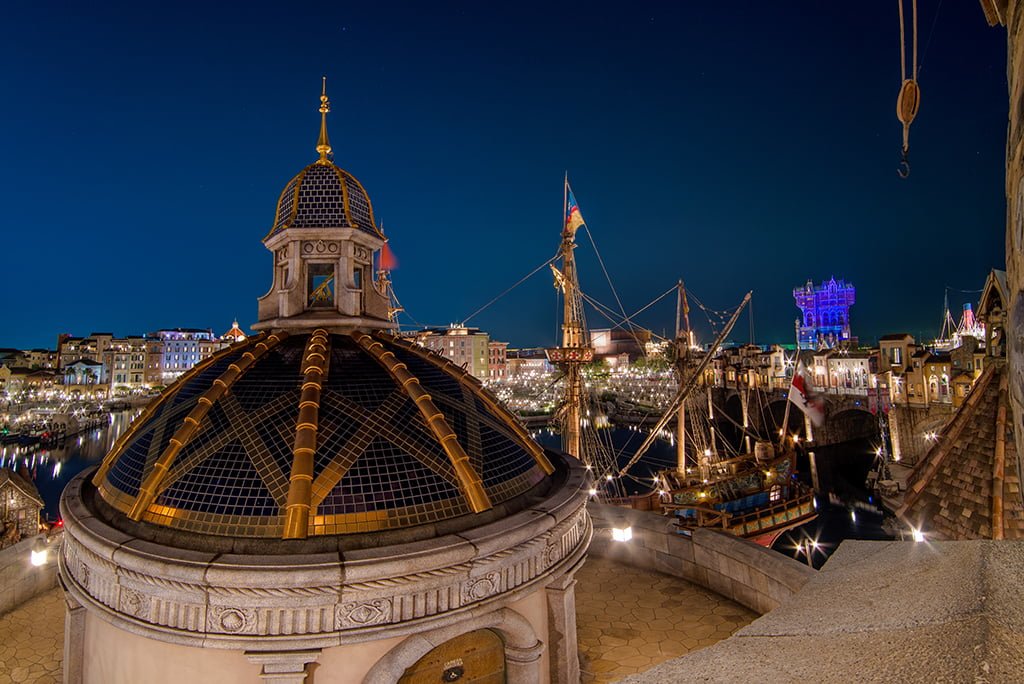 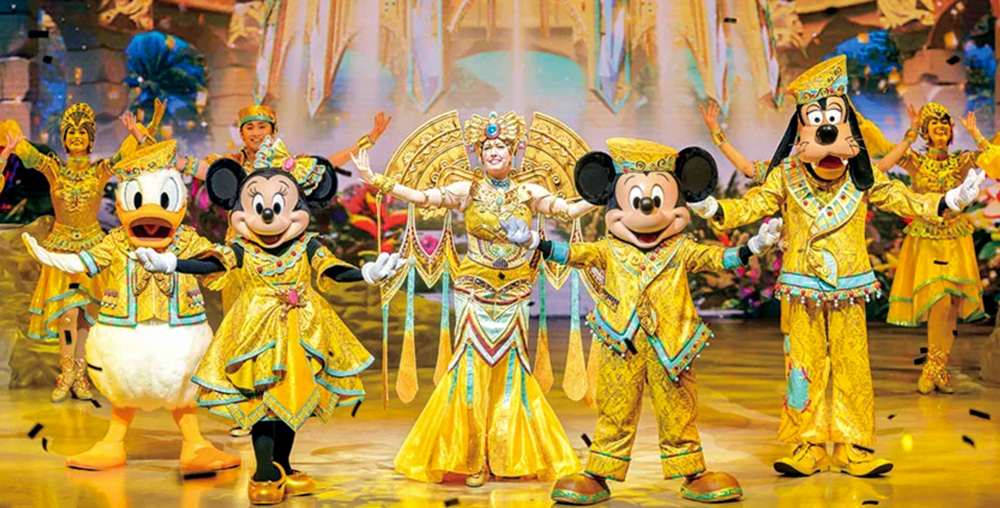 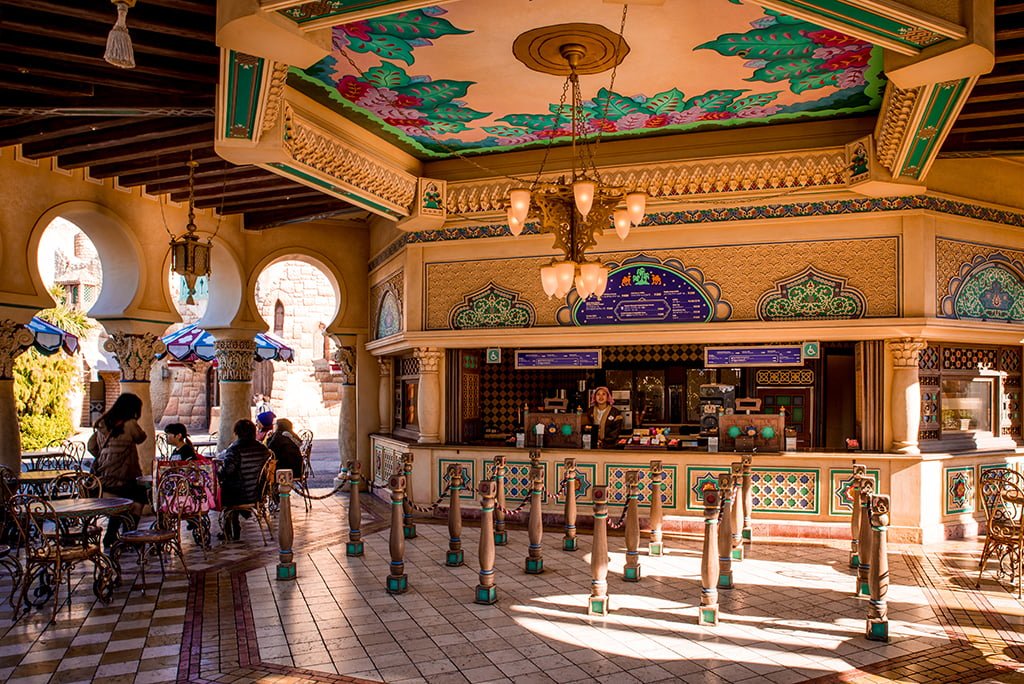 Fewer noteworthy closures at Tokyo DisneySea, although losing Fortress Explorations–the best “adult” play area at any Disney theme park–is a larger loss than it might seem for first-timers who have never experienced it.

Other than that, one interesting tidbit is that the attractions around the future entrance to Fantasy Springs will close for 1-2 months in the summer. That blockbuster land is inching towards completion, and connecting it to the rest of Tokyo DisneySea is an important step towards that. 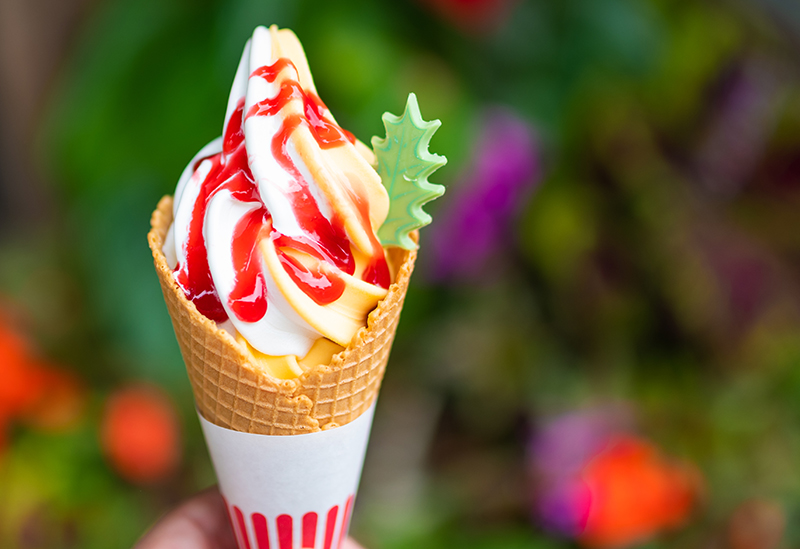 Finally, both of these lists do not include many snack stands and retail locations that have not reopened in the past ~3 years following the closure of the parks. Most of these are relatively inconsequential and do not materially impact a visit in itself–they’re not “destination” dining or shopping.

However, they do materially impact retail and restaurant capacity in aggregate. The end result is crowded shops and very long lines for dining options, especially at peak times. Accordingly, we recommend eating early or late–unless you want to wait 30+ minutes for a counter service restaurant.

Thoughts on the 2023 ride refurbishment calendar for Tokyo Disneyland and DisneySea? Disappointed to see anything on this list–or still closed ~3 years after the parks reopened? If you’ve been to Tokyo Disneyland or Tokyo DisneySea, what did you think of attraction maintenance and upkeep? Do you agree or disagree with our assessments? Any questions we can help you answer? Hearing your feedback—even when you disagree with us—is both interesting to us and helpful to other readers, so please share your thoughts below in the comments!