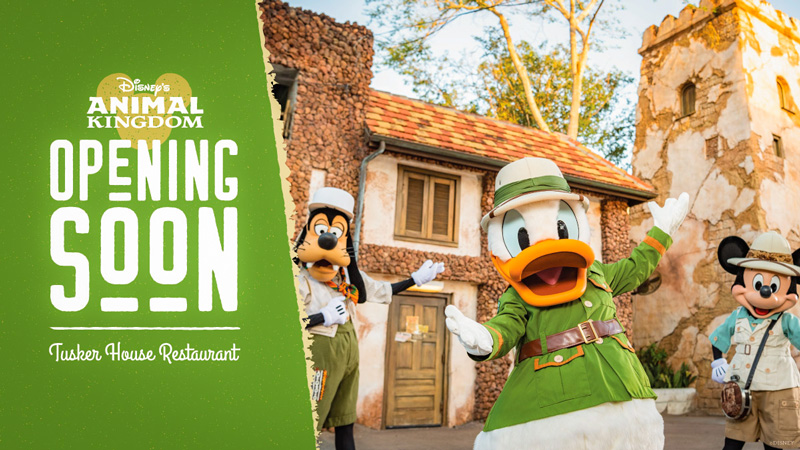 Walt Disney World has announced that Donald Duck and friends are returning to host a modified character breakfast at Tusker House Restaurant in Animal Kingdom, offering a family-style menu of African-inspired flavors. In this post, we’ll share details and thoughts about the DAK dining return.

To quickly recap, Walt Disney World temporarily suspended character dining and meet & greets back when the parks reopened. In the place of greetings, physically distanced greetings have been utilized, with the characters in elevated locations waving at guests or otherwise separated by a barrier.

Character dining has similarly changed. Many meals remain on hiatus, including popular ones at resorts or in-park venues being used for other purposes. Others have returned in modified form, which typically means the characters appear to smile & wave at guests, and also do brief parades around the restaurant every so often. Physically distanced selfies with the characters as they pass are possible, but they’re difficult–and that’s without kids to pose!

We’ve done a few modified character meals since last summer and have mixed thoughts on them. While we very much enjoyed the experiences, our circumstances are also unique.

You can see what the current character dining experiences are like in our Topolino’s Terrace Modified Character Meal Review or our Good Morning with Goofy & Pals Modified Character Meal Review. If we were going to recommend any character meal at Walt Disney World right now, it would definitely be Topolino’s Terrace. (Sarah enjoys it so much that we’re planning a return meal for her birthday.) 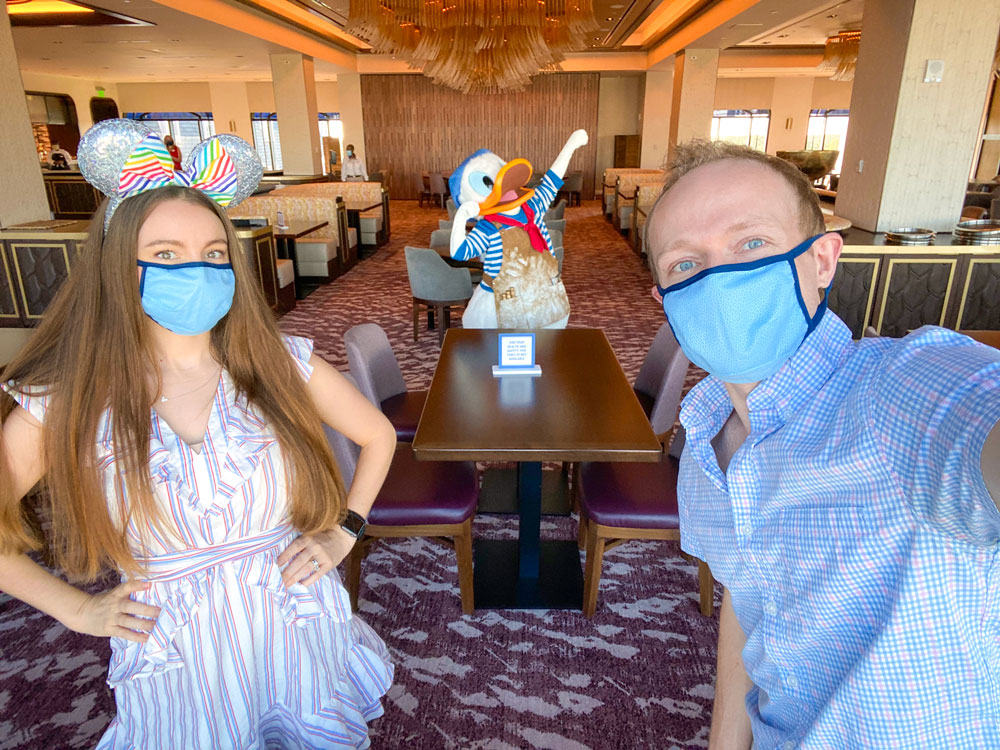 Other modified character meals at Walt Disney World include:

Then there are the many character meals that have not yet returned. Those include some of Walt Disney World’s most beloved restaurants, like ‘Ohana, Cape May Cafe (now back, but without characters), Artist Point, 1900 Park Fare, and more. Some of those have a good chance of returning in the next few months. It seems realistic that by the end of Summer 2021 there are at least 3 more character meals operating again at Walt Disney World. 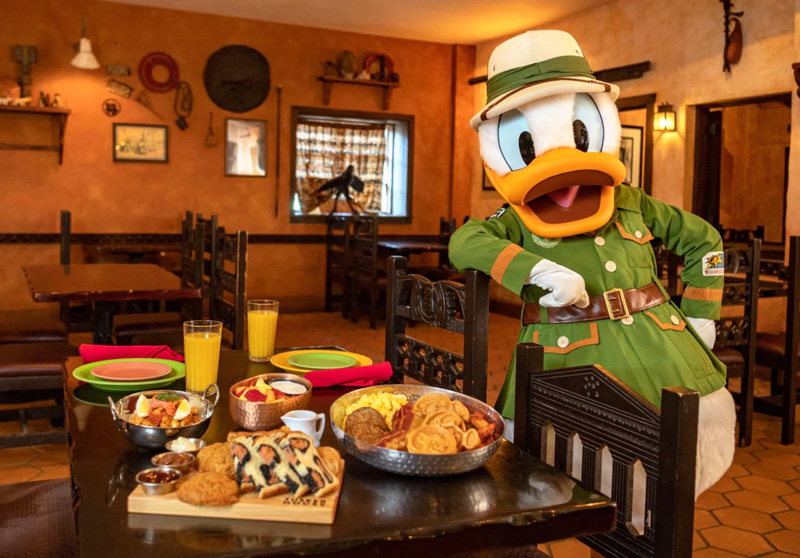 In addition to the character component being dramatically different at all of those restaurants, the culinary component has changed significantly at all but Topolino’s Terrace, Garden Grill, and Cinderella’s Royal Table. Since buffets are verboten, those have switched to family style offerings.

That’s exactly what’s happening at Tusker House. While some other restaurants have benefitted from the move to family style service, it’s hard to see that being the case with Tusker House. Its strength was always the diverse selection of ambitious cuisine, and it’ll be impossible to offer the breadth of buffet choices at a family style meal. 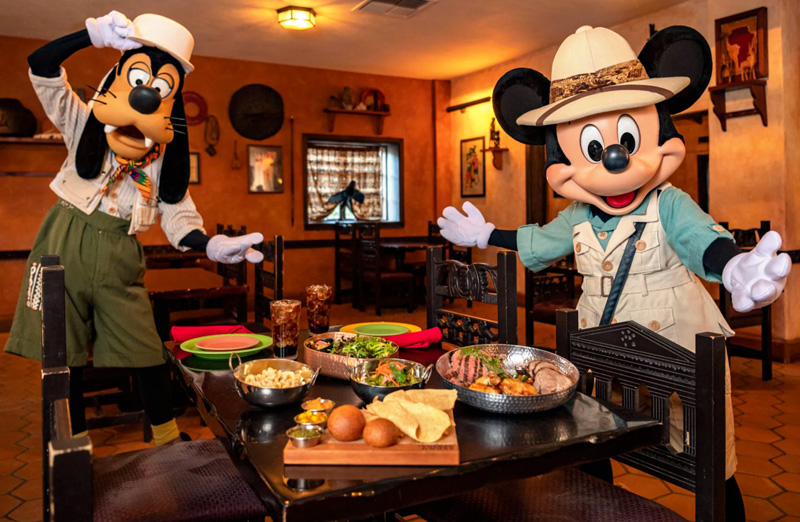 We’ve long praised Tusker House Restaurant as being one of the Best Character Meals at Walt Disney World. While the fun safari costumes are part of this, the cuisine is the main reason. Tusker House is like “Boma-Lite” for lunch and dinner, which is about the highest possible praise for character dining since Boma is the best buffet at Walt Disney World–and one of the top meals, period.

The buffet always did an exceptional job striking a balance between standard fare and more adventurous African foods. It’s a pretty healthy split between safe choices and ambitious ones, meaning everyone leaves happy here. This is a huge distinction as compared character meals, which are overwhelmingly unadventurous.

With that said, the family style menu at Tusker House looks like it achieves more or less the same balance, albeit with far fewer options. We’d definitely take this over the options at Garden Grill, Chef Mickey’s, Crystal Palace, and many other restaurants around Walt Disney World that have converted from buffets to family style post-reopening. (Still, we hope this is a temporary adjustment.) 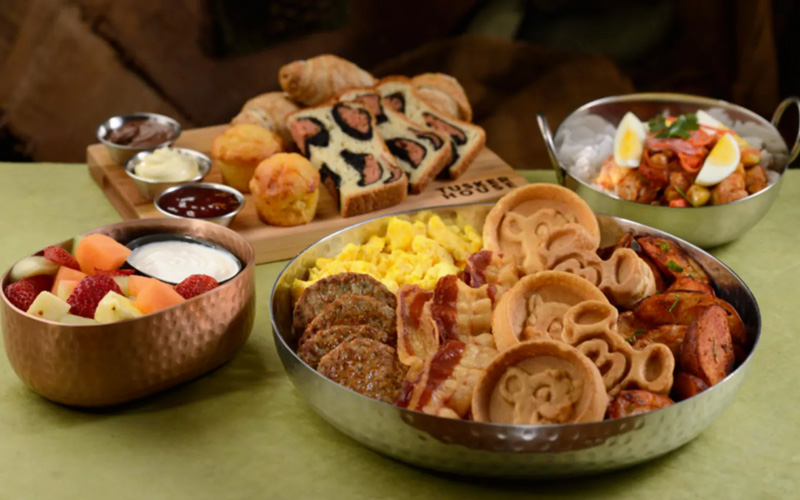 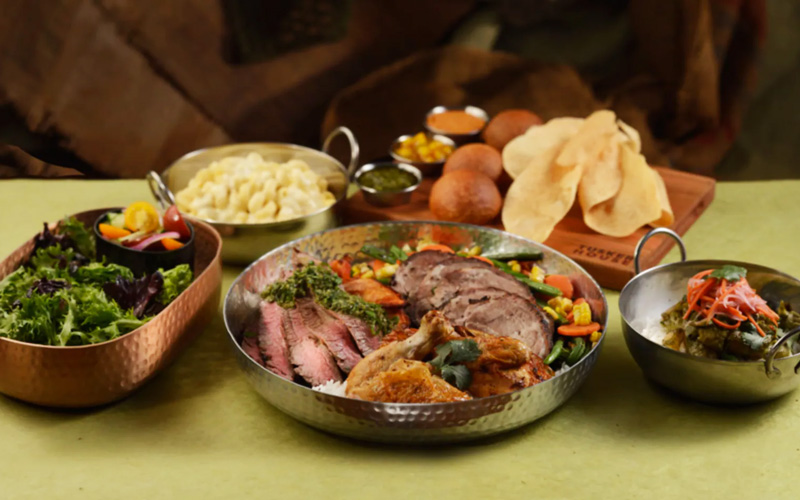 Tusker House Restaurant will reopen for its new character breakfast and lunch/dinner on June 20, 2021. Advance Dining Reservations only a couple weeks earlier–on June 4, 2021. Walt Disney World hotel guests can make reservations up to 60 days in advance plus the length of their stay (up to 10 days).

Due to physical distancing requirements, the reduced capacity that entails, staffing shortages, the popularity of character meals, and the lack of kid-friendly alternatives at Animal Kingdom, we’d expect Advance Dining Reservations to fill up quickly. You’ll definitely want to be online right when ADRs drop on Friday.

If you have the option, we have enjoyed the late seatings at Tusker House, for literally every meal. Late breakfast means getting to rope drop and do several attractions before taking a breakfast breather, late lunch typically means not having to wait to be seated, and late dinner (last seating, specifically) allows you to exit a serene Animal Kingdom right around sunset or dusk, depending upon park hours and season. Your mileage may vary on all of that, though. 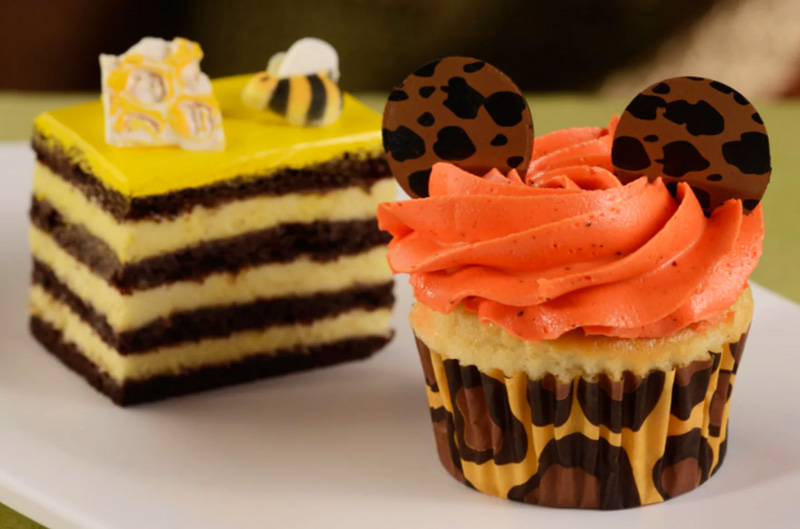 If you’re wondering why Walt Disney World has been so slow to reopen more character dining or restaurants in general, it’s almost entirely a matter of staffing at this point. There is more than enough demand to bring back another dozen-plus restaurants–and to fill more tables at the locations that are already open. The biggest impediment to both of those things is that operational restaurants are short-staffed and ones that have yet to reopen need to hire and train new Cast Members.

This is hardly unique to Central Florida or Disney–you’ve probably seen similar stories on your local news about the hospitality industry having a tough time finding workers. We’ve also discussed it in several articles. Nevertheless, it’s worth reiterating once again because readers keep asking why more isn’t returning to Walt Disney World. This is presumably because there was a stretch of several months post-reopening when a lack of demand was the primary problem. That ceased being the case by spring break. 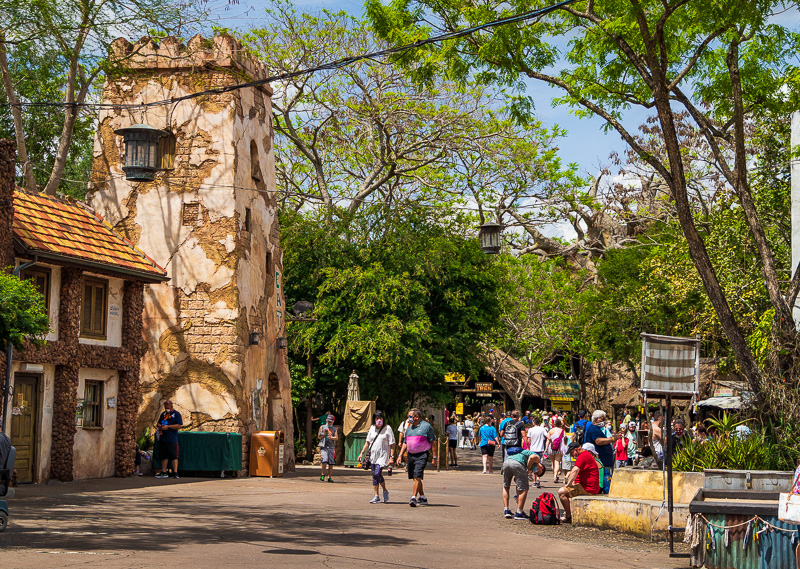 The good news is that help is on the way! As covered at length in College Program Returns to Walt Disney World, the return of that will help remedy Disney’s staffing woes. The College Program will officially restart on June 14, 2021 and tons of students are being accepted to the program and are already arriving to Florida ahead of that date.

Additionally, Walt Disney World’s hiring blitz continues. The company is running advertisements on job openings and even offering signing bonuses for some positions. It’s starting to pay off, as Disney is holding colossal training classes at the ESPN Wide World of Sports complex and new Cast Members are all over the parks right now. 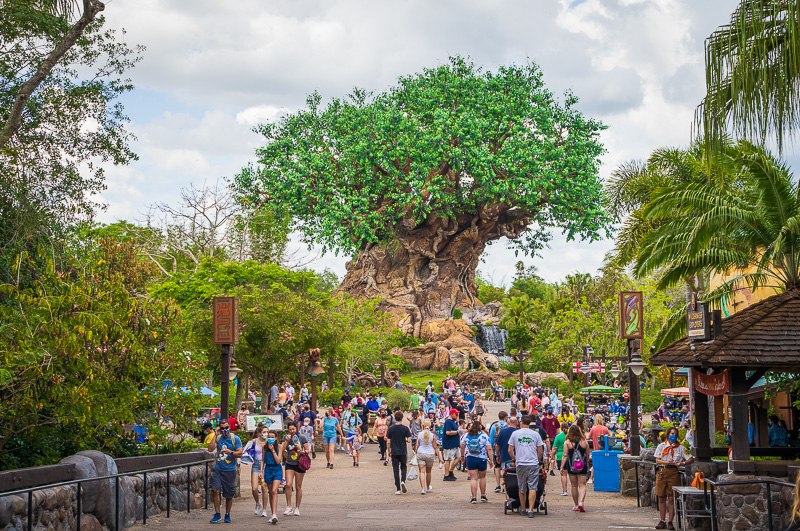 The indirect consequence of the College Program’s expedited return will be enabling more restaurants, resorts, etc. to reopen at Walt Disney World, likely starting in July 2021. Going a step further, I’d fully expect almost all of Walt Disney World’s current staffing woes to work themselves out one way or another by mid-September 2021.

That’s great for tourists planning trips in late summer or for the start of the World’s Most Magical Celebration on October 1, 2021. Unfortunately, guests planning Walt Disney World trips earlier this summer are likely going to encounter some growing pains as demand continues to increase but reopening can’t be ramped up quickly enough to accommodate that in full. Another reason why we’d recommend booking Tusker House Restaurant reservations bright and early on Friday morning. Good luck!

Does the modified character dining experience at Tusker House Restaurant sound like it’ll be worth the money to you? Will you be booking an Advance Dining Reservation for breakfast or lunch/dinner? Which meal looks better to you? Is not being able to take photos with each character be a dealbreaker for you? Have you done Tusker House at Walt Disney World in the past? What did you think? Worthwhile for the characters, for the food, or for both? Is this meal something you’d like to try? Do you agree or disagree with our assessment? Other thoughts or concerns? Any questions we can help you answer? Hearing your feedback—even when you disagree with us—is both interesting to us and helpful to other readers, so please share your thoughts below in the comments!