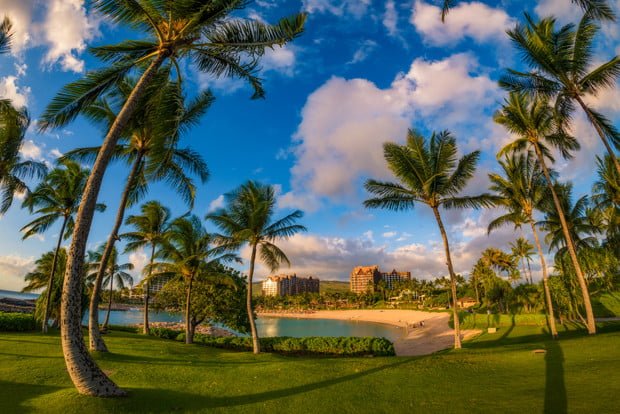 We were at Disney’s Aulani Resort on Oahu, Hawaii a couple of weeks ago, and figured since we haven’t shared an update from that resort in a while, now would be a good time. So, we have some new info and tips for Aulani. We also have a ShellieMay Aulani plush giveaway at the end of the post!

In addition to today’s post, we’ve updated our Aulani Resort & Spa Trip Planning Guide with new info and photos from our visit. As Aulani is still relatively new, it’s constantly changing and evolving, so it’s good to have current info if you’re thinking about or planning a visit.

We were only at Aulani for the day (we priced out staying there and our jaws about hit the floor–it was Presidents’ Day week, though), but one thing that caught my attention was how much busier it was than our last two visits. The pool areas were all pretty busy, and the meet & greet lines for every character were really long.

On the character front, Moana was now meeting at Aulani! As we were not registered hotel guests, we did not partake in any character meet & greets (the lines were too long for us, anyway), but it was cool to see that she was there. Actually, there were a number of neat Moana-inspired additions around Aulani. 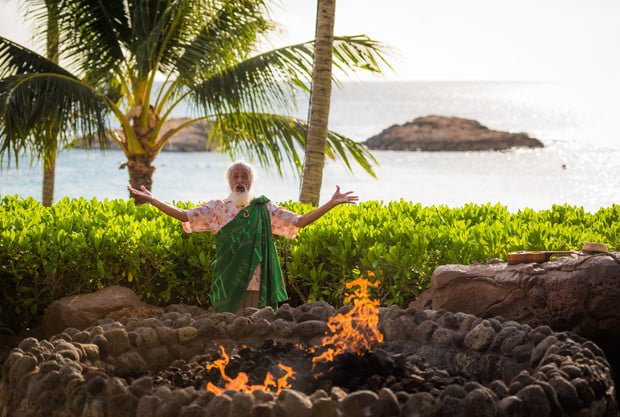 One really clever way Moana was integrated into Aulani was at the Mo‘olelo Fireside Stories. “Uncle” recounted some of the same Oceanic legends that are featured in Moana. (Apparently, later in the evening, Moana also participates in the storytelling.)

Given Moana’s cultural authenticity, it’s a perfect fit for Aulani. When it comes to Disney, “synergy” is often viewed as a four-letter word, but this is the perfect use, I think. If properly integrated, there are ways to enhance Aulani with more from Moana, in a way that will give Aulani more authenticity and a more “Disney” feel for kids. I view that as a win-win.

Moana finally debuted in Japan over the weekend (March 10, 2017), and it topped the weekend box office with a $6.3 million take. If Moana continues that strong pace, it’ll be interesting to see if more is added to Aulani, which is a popular destination for Japanese tourists. 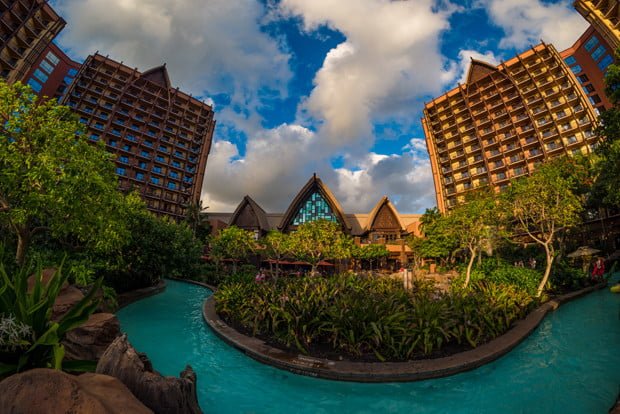 The other big change at Aulani is that the Starlit Hui has been retired, and Ka Wa’a Luau has replaced it. The Starlit Hui was free entertainment, something of a quasi-luau without the dining component. Ka Wa’a is a full, paid luau and is comparable to popular options at the Polynesian Cultural Center and Paradise Cove.

I’m not quite sure how to feel about this. Starlit Hui was excellent, with incredibly production value and it seemed culturally authentic. Most importantly, it was free. By contrast, Ka Wa’a is over $100 per person.

Despite this, we were eager to give Ka Wa’a a try to see if it were worth the money. Unfortunately, the only night it was showing that we were in Oahu was our first night, and that wouldn’t work with our schedule. We did Paradise Cove instead (which I just reviewed on TravelCaffeine.com). 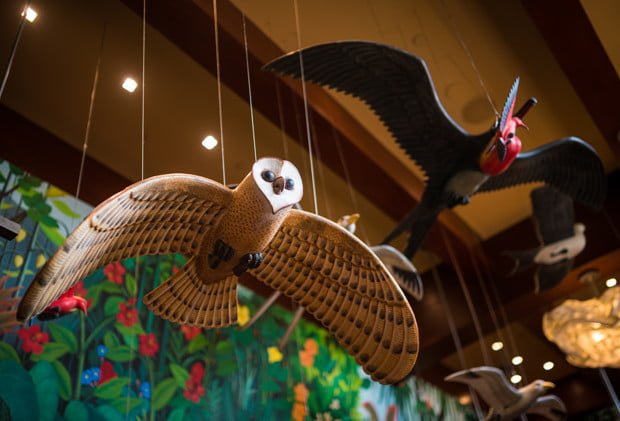 One of Sarah’s big priorities for the visit was merchandise, the exclusive ShellieMay and Duffy stuff, in particular. Aulani has always been strong on the merch front, but it seems like they’ve upped their game since our last visit. (I don’t know how that’s even possible.)

In addition to the Duffy stuff, there were a ton of tasteful Aulani designs, and also a lot of co-branded items in Hale Manu (the high-end clothing store near the main KÄlepa’s Store gift shop) that were really high quality…but also really expensive. There’s a new Tori Richard shirt I really liked, but spending ~$100 on a Hawaiian shirt didn’t seem like a wise idea. 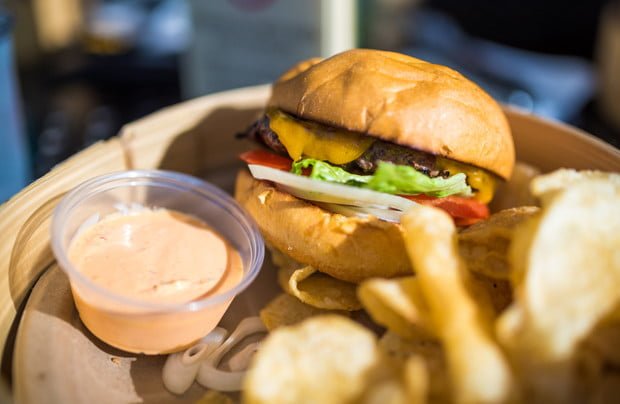 Dining at Aulani remains something of a mixed bag. Previously, we were moderately impressed by Off the Hook Pool Bar. Our experience was not nearly as good this time; the food was so-so (at best) and the drinks were all smaller and served in plastic cups instead of glass ones.

On the other hand, Ulu Cafe remains a strong counter service option, so long as you’re good with a flatbread or their daily specials. Still, the menu isn’t all that diverse–for a resort this large, you’d expect more from its main counter service restaurant.

Given Aulani’s high level of service and quality, dining is a definite weakness. It’s not all bad or even mediocre, but it’s not on par with the rest of the resort. Too bad, as there’s a lot of potential. 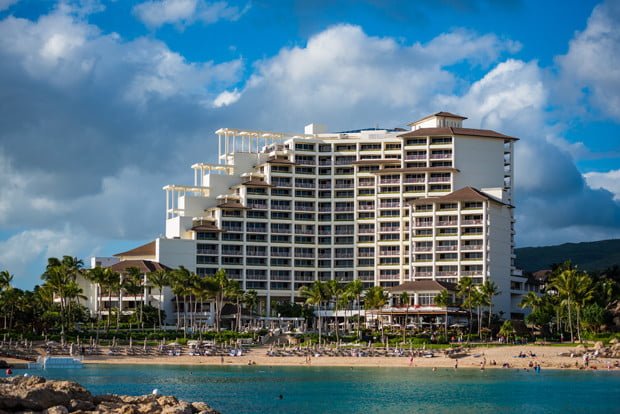 Next door to Aulani, what was once the JW Marriott Ihilani Ko Olina Resort is now the Four Seasons Resort Oahu at Ko Olina. Even though the luxury JW Marriott brand is no slouch, this is definitely an upgrade. The hotel was closed for over a year of renovations with the rebranded resort opening last summer.

I suspect Disney is pleased with this. Even though it doesn’t benefit Disney directly, a chic neighbor further positions Ko Olina as one of the emerging, trendy areas for affluent visitors to Hawaii. 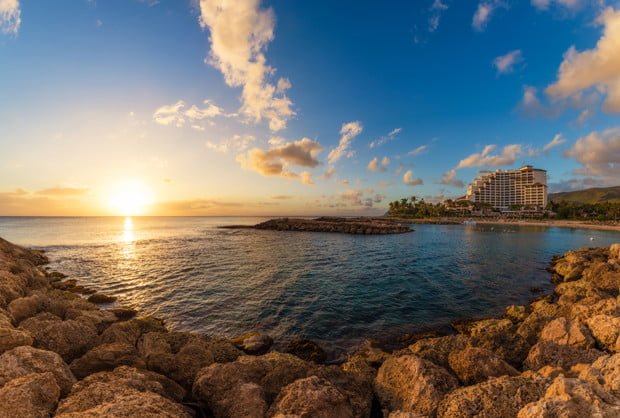 I intended to tour the Four Seasons and share some photos from the resort, but less than 5 minutes after walking onto its property, I was kicked off. Apparently, I don’t have the “look” of Four Seasons clientele.

Actually, I suspect it has more to do with me walking from Aulani’s beach through Four Seasons’ beach. Had I walked through the front into the lobby, I doubt it would’ve been an issue.

Regardless, I’d be interested in staying at this Four Seasons at some point. In quickly browsing the Four Seasons site, the resort and its rooms look really nice. 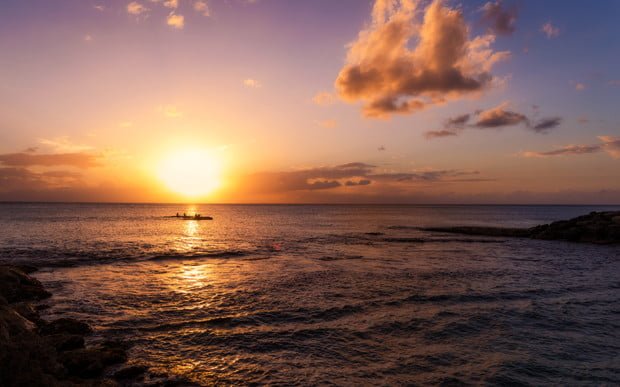 Overall, we remain really impressed with Aulani. It’s like Animal Kingdom Lodge (with pools inspired by Beach Club) with a different theme, more to do, and set in paradise. On our last two visits to Hawaii, we have not stayed at Aulani, instead opting for the North Shore and Waikiki Beach, and we’ve regretted the decision each time. (Not so much with the North Shore, which is beautiful, but Waikiki is not my scene.) Not only is Aulani a great way to get a dose of Disney on a visit to Hawaii, but it’s one of the nicest resorts in Hawaii–even if you were to take away the Disney elements. 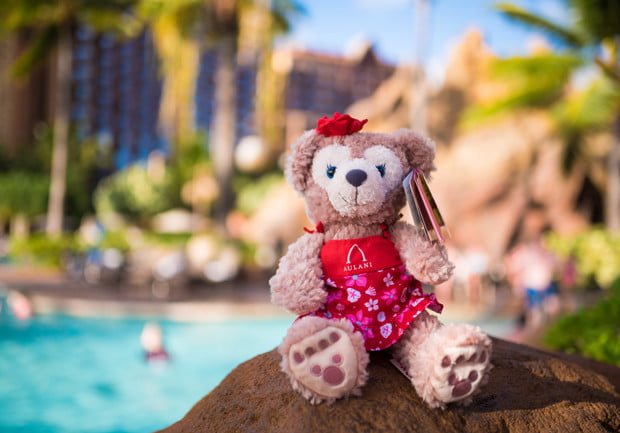 This giveaway is actually being hosted by our other blog, TravelCaffeine.com, which details our our non-Disney adventures–we’re just sharing it here. Over there, it’s “Hawaii Week” (I feel like I’m hosting Wheel of Fortune right now), meaning we will have a new post about our trip to Hawaii every day this week. If you are going to Aulani, we think these posts will be helpful, as you are going to want to explore Hawaii outside of the Disney resort.

The prize is a brand-new (well, aside from that time some fool placed her on a poolside rock and awkwardly took photos of it… 😉 ) ShellieMay plush, exclusive to Disney’s Aulani Resort & Spa!

Here is a bit more explanation for some of the entry options, since we had some confusion in the last giveaway:

What do you think about Disney replacing the free Starlit Hui with a paid luau? Have you seen the new Ka Wa’a Luau? Any thoughts on its value for money? Any other opinions regarding Aulani or tips of your own to add? Do you think more Moana here would fit the theme and vibe of the resort? Please share any comments or questions you have below, and don’t forget to enter the giveaway!

20 Responses to “Update & Tips for Aulani in Hawaii”