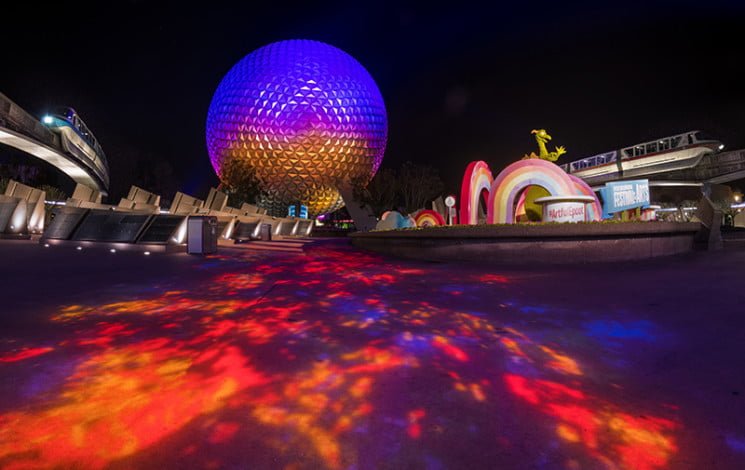 It’s time for another round-up of the latest Walt Disney World news and rumors. This time, we have the latest on the replacement monorail saga, automated PhotoPass ‘robots’ replacing human photographers, and the potential of a re-themed Rock ‘n’ Roller Coaster at Disney’s Hollywood Studios.

Let’s start with the ongoing saga of the Walt Disney World monorail system. We’ve passed the 25th anniversary of the Mark VI monorails, which as the in-cabin narration will remind you, were ‘modernized’ in 1991. You don’t need us to tell you that the current fleet is aging, breaks down with increased regularity, and has been plagued by a series of news-worthy incidents.

To be honest, we think some of these “news-worthy” incidents have been a bit overblown for dramatic effect and to rile fans who are already (rightfully) agitated that a new fleet wasn’t ordered almost a decade ago after a monorail pilot died when two monorails collided. We also haven’t gotten stuck in a while nor have we had to pop out the windows for ventilation while awaiting the monorail tow vehicle, so perhaps we’re not as up in arms as other fans about the state of Walt Disney World’s monorails…

The latest development in the rumors of new monorails coming to Walt Disney World. It appears that a researcher at WDWNT has combed through Bombardier’s corporate accounting, and found nothing to indicate that Disney has placed an order. This is significant because Bombardier is the most likely candidate to manufacture a modernized fleet of monorails, and if they aren’t doing it, there’s a good chance it isn’t happening.

This comes a few months after rumors leaked that Disney had placed an order with Bombardier for a new fleet of monorails. Despite Disney and Bombardier both (repeatedly) denying this rumor, it persisted. Several different sources corroborated it, as did Disney Legend Bob Gurr, known for designing over 100 designs ride vehicles–including both the Disneyland and Walt Disney World Monorails, among other things. Prior to this latest development, we even received independent confirmation from a reputable source that new monorails are on the way. 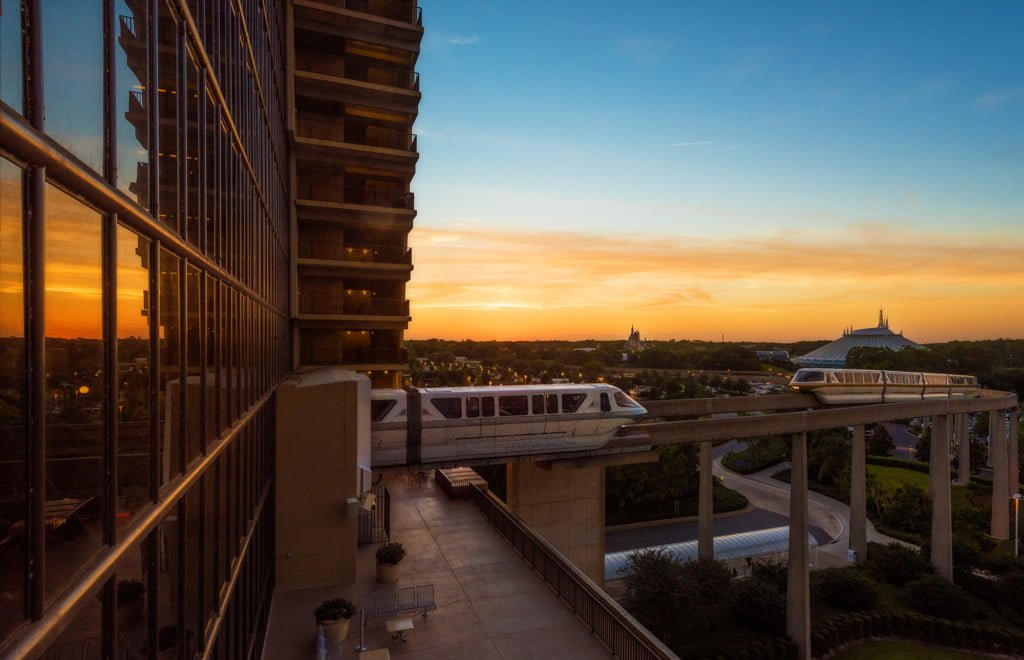 So…what happened? That’s anyone’s guess. While corporate PR statements are one thing, and “no plans at this time” can be a convenient way of skirting an official confirmation, Bombardier’s legally-mandated accounting requirements are another matter entirely.

As for other manufacturers of Imagineering doing this in-house, that’s unlikely. This is the type of thing that requires specialized production capabilities (it always seems to surprise people that Imagineering outsources quite a bit, but that’s the nature of sophisticated technology and manufacturing), and Bombardier is one of the few companies capable of that. 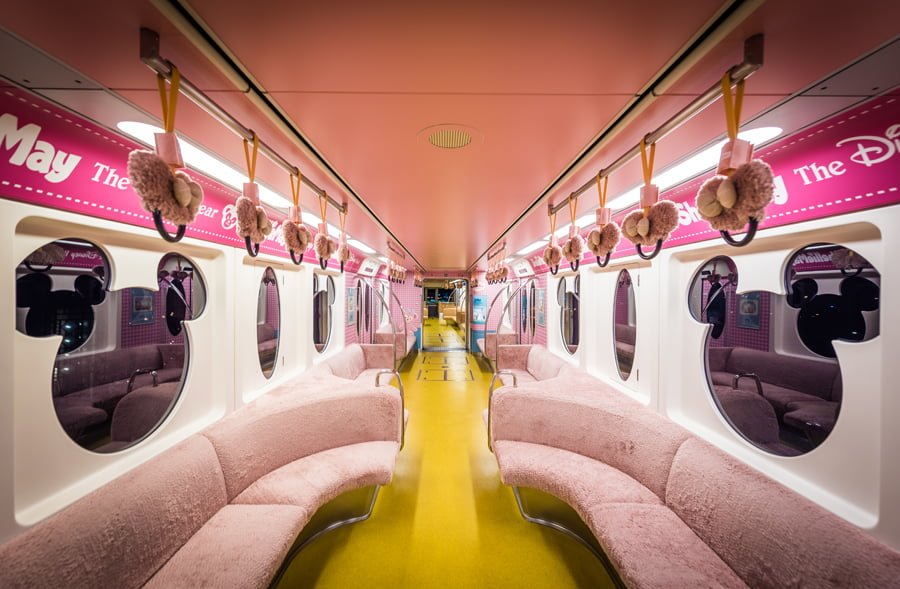 Bombardier is not the only candidate, just the most likely, so perhaps Disney did place the order with another company? (Hitachi manufactured the Disney Resort Line in Tokyo–pictured below with its Duffy & Friends ‘fur’ overlay.)

We think the more plausible scenario is that Disney is still in tentative negotiations with Bombardier, and the order is not yet finalized and officially on the books. Accounting requirements aren’t triggered until a contract is in place, and if Disney is still negotiating specifics, that would explain the lack of anything being officially reported despite the flurry of rumors.

The bad news in this scenario is that it means we are still several years away from new monorails coming to Walt Disney World. In fact, we wouldn’t bank on anything in the next 5 years. 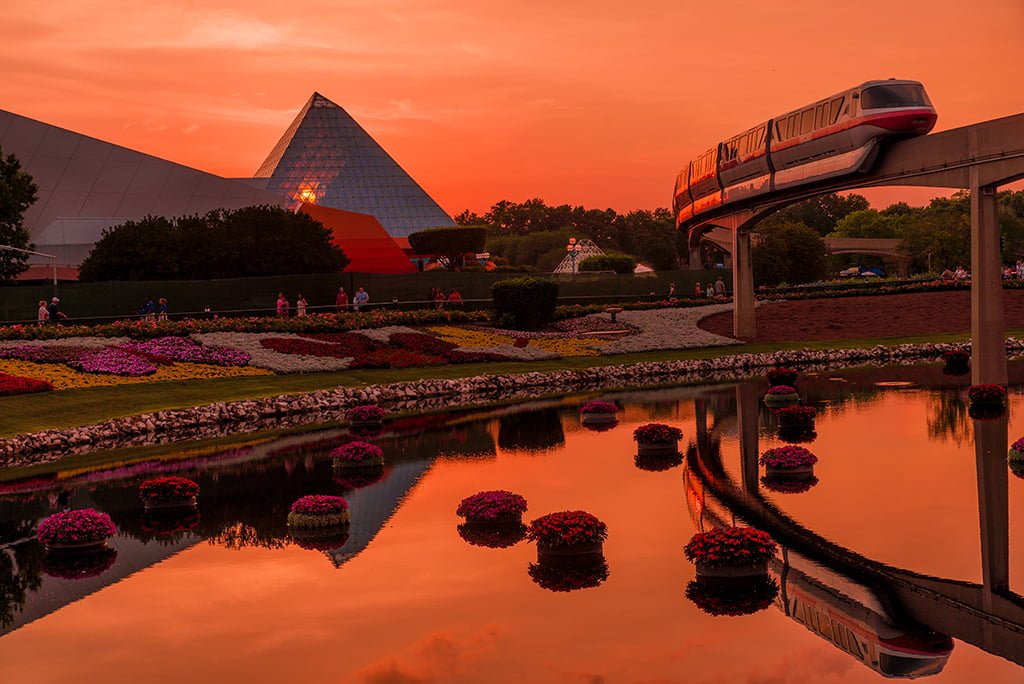 At some point, if it hasn’t happened already, Disney’s legal department will step in and demand that the monorails either be replaced and the system (again) modernized, or they stop operating. There have been past safety incidents and the monorails break down with regularity, and should another fatality or serious injury occur, that all provides serious fodder for negligence claims, among other causes of action.

Many Disney fans have speculated that the monorails ceasing to run is exactly what management wants. I’ve yet to hear a compelling rationale given for this, and once you get past the operational expenses, I don’t think it’s all that plausible of speculation. Yes, the monorails cost money to operate and maintain, and a new fleet will easily cost north of $100 million. 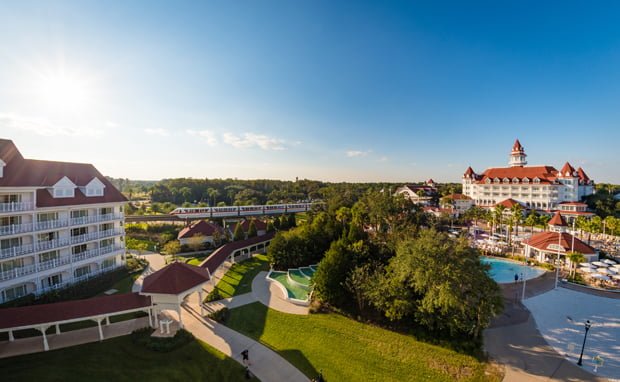 However, the monorails are one of the main selling points of Deluxe Resorts near Magic Kingdom, and without them, the price ceiling on those rooms is not nearly as high. While the argument can be made that the stratospheric pricing of all Deluxes is not in line with the offered amenities, that differential is most pronounced at these monorail results–and that’d be even more so without the monorail, which is a significant draw. Even with a perceived strong economy and operational monorail system, the occupancy rate at these resorts is nowhere near 100%.

Room rates at the Polynesian, Grand Floridian, and Contemporary are likely part of the reason a thorough overhaul has yet to occur. With each of the recent resort overhauls, refurbishments, and DVC expansions at these resorts, there have been issues. Guest satisfaction and occupancy have taken hits, as did the frequency of guest recovery efforts. All of this has had a cost, and so too would significant scheduled monorail downtime.

The current monorail system cannot operate indefinitely, though, so something has to give. I think there’s a decent chance we will hear something official by next summer’s D23 Expo. Given that Disney will be working with outside parties that are mandated to publicly-disclose their pricey contracts, this seems like something Disney would want to get in front of with an official announcement. 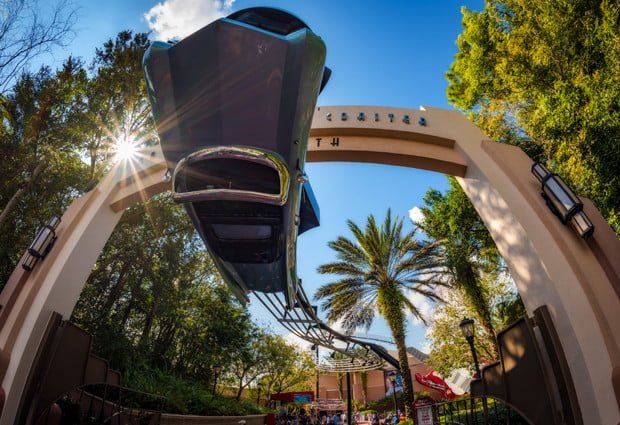 In other “no plans at this time” news, the New York Times recently did an interesting piece on Disney’s spending on parks that included a reference to Rock ‘n’ Roller Coaster being replaced. Shortly after the article was published, fans picked up on that tidbit and Disney swiftly issued a denial. The article and its graphic of DHS was then “corrected.”

This is not the first, second, or even third time there has been credible discussion (I won’t call this a ‘rumor’ because that’s not exactly what it is) of Rock ‘n’ Roller Coaster receiving a face lift. The thing about this NYT story is that it was undoubtedly done with the cooperation of Disney. Not only does it read like that, but the author relays information to which only internal sources would be privy.

It very well could’ve been a mistake by the NYT reporter, confusing details about what’s happening in Paris for what’s happening in Florida. I find that hard to believe, as the author (Brooks Barnes) is on the Disney theme parks ‘beat’ and is generally fairly accurate with this type of thing. He’s not the same type of mainstream reporter who writes about “the Star Wars theme park coming to Orlando” or otherwise bungles parks info. 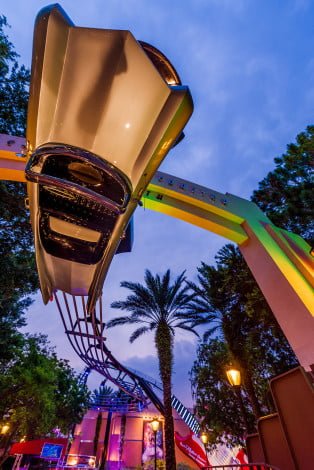 Just as likely as author error, it could’ve been a matter of the NYT reporter getting background from someone at Disney who was unaware a public announcement had yet to be made about Rock ‘n’ Roller Coaster, or slipped in sharing that tidbit. Disney is a huge company, and this wouldn’t be the first, second, or even third time one hand didn’t know what the other was doing.

Regardless of the veracity of this particular piece of reporting, if I were a betting man, I’d bet heavily against Aerosmith having a roller coaster in Disney’s Hollywood Studios a decade from now. 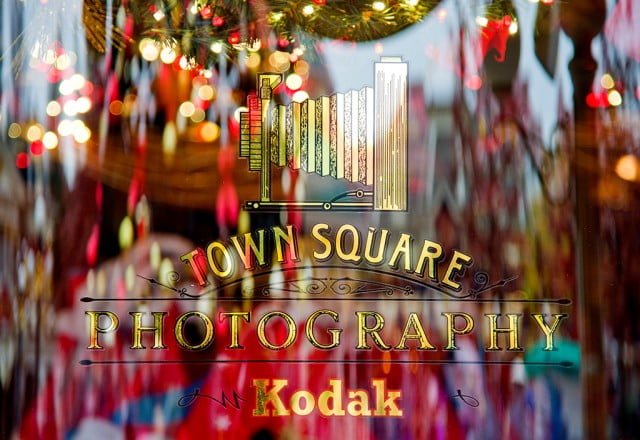 Next up, we have the latest controversy du jour, which is the rumor and subsequent confirmation by Walt Disney World that human PhotoPass photographers will be replaced by automated cameras at 9 meet & greet locations. Okay, these green boxes currently being tested are not exactly robots, but when I think about this I like to envision a Skynet scenario, with the machines eventually becoming sentient and overthrowing Main Street.

A lot of Disney fans are upset about this, and that’s understandable. There’s certain ‘human element’ to photography (or so I’m told), and we’ve witnessed PhotoPass photographers work some magic with uncomfortable children. There’s also the disconcerting angle here that the jobs of photographers are being lost to automation, something that’s a relatively unique story. 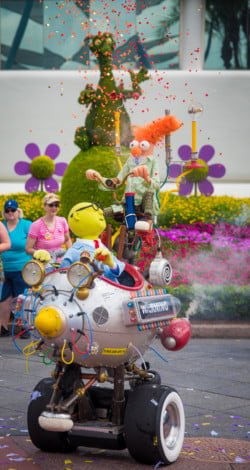 On the other hand, and what’s being under-reported here is that these ‘green box’ cameras use some fancy technology to give guests more photos from which to select. The camera boxes will use artificial intelligence software to capture posed and candid shots of guests, and although Disney hasn’t released specifics of the technology being used here, this type of tech has sky-high potential.

Knowing the theoretical capabilities of this technology–and the limited creative freedom human PhotoPass photographers are afforded in constrained environments like these particular meet & greets–I’m a lot less bothered by this test. I also think there’s only so many human photographers that can be replaced (we’re not going to Push reborn as a photographer, rolling up and down Main Street), and character attendants will still be necessary, so this should be at least slightly less problematic than the outrage meter would suggest. 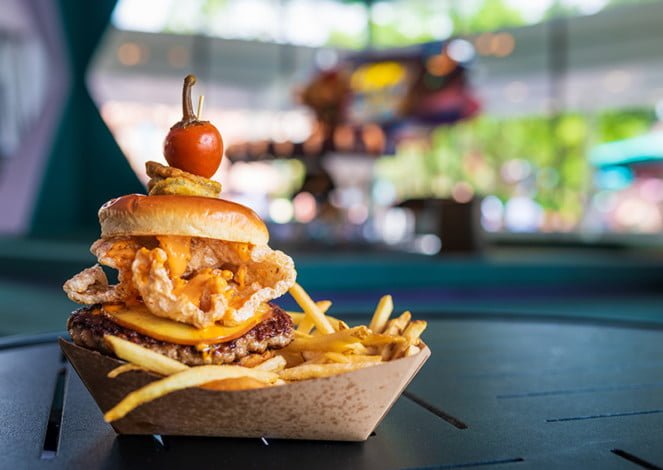 I also find it a bit interesting that this is where people draw the line with automation. Mobile ordering, online check-in, and a variety of other features that are now taken for granted in My Disney Experience are also forms of automation, and these things have been widely lauded. Those forms of automation are just so ubiquitous in the real world that we take for granted that their existence is at least in part driven by a desire of companies to cut labor costs.

It would seem that where Walt Disney World guests draw the line with automation is less about job-loss and more about their personal experience. This would explain why mobile ordering and everything else is given a pass–those things generally improve or at least expedite the guest experience. I wouldn’t jump to the conclusion quite yet that the same won’t be true with the robot PhotoPass photographers at these nine locations.

What do you think of these news & rumors? Are you cautiously optimistic about a new monorail fleet at Walt Disney World, or do you think it’ll never happen? What about Rock ‘n’ Roller Coaster being replaced…think that was an author error, or someone at Disney spilling the beans prematurely? Any thoughts on the ‘robot’ PhotoPass photographers? Any questions about anything else? We love hearing from readers–even when you disagree with us–so please share any other thoughts or questions you have in the comments!