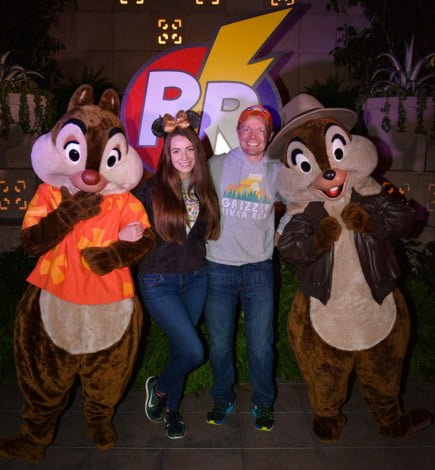 Here are our (we’re the Brickers!) trip reports from Walt Disney World, Disneyland, Shanghai Disneyland, Tokyo Disneyland, Disneyland Paris, and Hong Kong Disneyland. These reports feature our photos and experiences from our Disney trips, as we strive to make you feel like you’re there with us.

This landing page for all of our trip reports is newly redone, as we’re placing a renewed emphasis on our “Adventures by the Brickers…at Disney” in response to reader feedback late last year. In addition to the trip reports now receiving more prominent placement, we are also committing to doing trip reports for at least our first two trips of 2017. (Quick question for those upcoming reports, what kind of photos–aside from landscapes–interest you: food, merchandise, random details, pictures of us, etc.?)

For us, this is sort of a return to our bread and butter. Walt Disney World trip reports were the original inspiration for this website. For years we wrote trip reports on Disney forums, and in reply, we received a number of questions about the parks, resorts, and dining, plus lots of, “you should write your own blog” comments. Six years ago (it’s hard to believe it’s been so long!), we finally listened. We started this site, initially only as a way to organize our popular trip reports.

The site has since grown into a full-blown Disney online resource, so if you’ve stumbled upon the blog from Google, Pinterest, or Facebook, you may why the heck anyone would care about someone else’s vacation. Well…maybe you won’t. The trip reports have a lot of rambling anecdotes, tangents, and our opinions on…pretty much everything. They’re certainly an acquired taste, and if you’re looking for “just the facts” these are not for you.

With that said, our Disney trip reports feature a day-by-day account of our past trips, along with hundreds of photos from each visit. They are eclectic smorgasbords of Disney adventures by two married, child-less twenty-somethings (in their early thirties 😉 ). Moreover, these trip reports feature our candid opinions about what we did or did not like about our experiences at Disney, tips for improving your own Disney trips, and other bits of advice that don’t really fit elsewhere. They can be good tools for planning, or just killing a few hours at the office when you have nothing better to do.

All in all, we think they’re pretty fun (but we’re obviously biased), and the trip reports are what many regular readers tell us they like most about the blog… 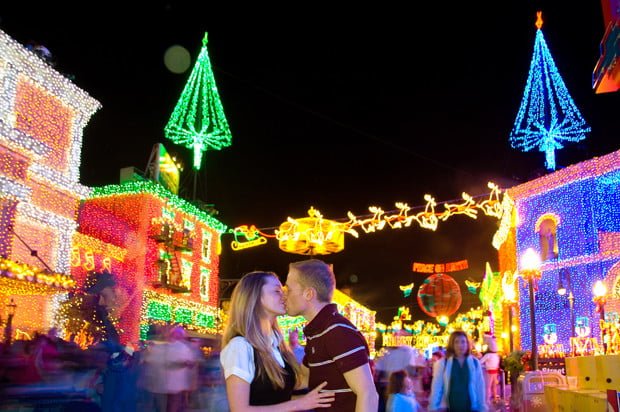 3-Night Bahamian Disney Cruise Line Report – We finally wrote a trip report about one of our Disney cruises! We’ve come to be love cruising with Disney, and this short–but sweet–cruise report underscores some of the reasons why we love Disney Cruise Line.

Shanghai Disneyland Grand Opening Trip Report – Over the summer, we attended the opening day of Disney’s newest park in Shanghai, China. We had a blast being a part of history, and this trip report features tons of photos, including two beautiful sunsets, and our thoughts on the highs and lows of Shanghai Disneyland.

Our Engagement Story – If you’ve read the “Disneymoon” report, you should check out how this Disney love story started. Read the story of the night of our engagement on the beach of the Polynesian. If our normal trip reports are like Russian Novels in length, this is like a Novella. A short, quick read.

Disneyland Paris Christmas Trip Report – Our first trip to an international park! Join our excitement as we discuss the differences and similarities between Disneyland Paris and the U.S. parks. We also share a ton of photos, thoughts on attractions (especially Phantom Manor) and general tips for traveling to Europe!

Walt Disney World Honeymoon Trip Report – After our wedding, we went to Disney World for our “Disneymoon.” During our Walt Disney World honeymoon, we stay at the BoardWalk Villas and Old Key West Resort and, like any honeymoon, we did a lot of… EATING! We dined at Victoria & Albert’s, California Grill, Beaches & Cream, Coral Reef, Biergarten, and many other restaurants.

Disney European Vacation Trip Report – This chronicles our voyage throughout France to visit places featured in Epcot’s Impressions de France. If you aren’t familiar with or interested in that film or France, you probably won’t care about the first few installments here. After that, we head to Disneyland Paris for the Inaugural Disneyland Paris Half Marathon and 5K, so skipping straight to those parts is advised for some readers.

Tokyo Disneyland Winter Trip Report – It gets cold in Japan…and downright Frozen! Sorry, bad pun. During this trip, we visited during the frigid winter months, which also happen to be when Tokyo Disneyland’s seasonal ‘Frozen Fantasy’ and ‘Sweet Duffy’ events run.

Hong Kong Disneyland Christmas Trip Report – Our first visit to Hong Kong shortly after the opening of Mystic Manor, during their Christmas season. Photos of the park, random tips for visiting, food, characters, and more. 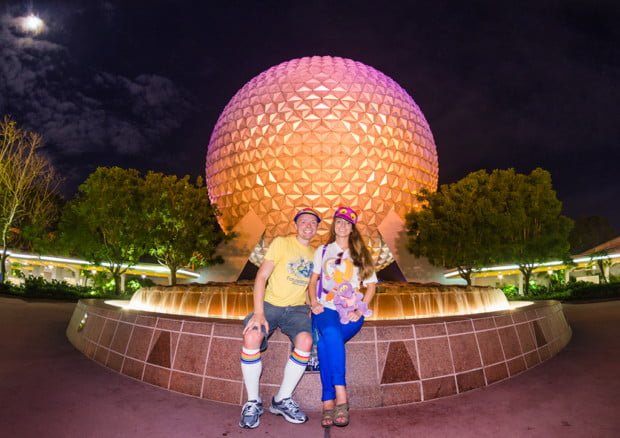 Walt Disney World 40th Anniversary Trip Report – Being “Vacation Kingdom of the World” nerds, this was a big trip for us because it commemorated the 40th Anniversary of Walt Disney World. We also GORGED ourselves at Epcot’s Food & Wine Festival, participated in the Disney Parks Blog’s Trick or Meet-Up, did Mickey’s Not So Scary Halloween Party, and dined at some delicious restaurants.

The Brickers’ VERY Merry Christmas Trip Report – Holy cow…this trip was packed with fun. We attended with Tom’s parents, and visited for D23’s Magic and Merriment and WDW Today Podcast Reunion. Join us as we visit the Cinderella Castle Suite and dine on-stage at Indiana Jones Stunt Spectacular! Experience Disney at Christmas, including a private showing of the Osborne Lights.

Retro Walt Disney World Trip Report (1984 – Spring 2001) – If you love Vintage-Disney, this is the trip report for you. Photos and memories of our yearly trips December 1984 until Spring 2001. From Rainbow EPCOT Center spacesuits to Alien Encounter to the Disney Afternoon in Mickey’s Birthdayland to the original Journey into Imagination (with Dreamfinder!), this report is a veritable trip down memory lane.

A Rainy Day At Disney Is Better Than A Normal Day at Home! – A rainy night at Disney is better than a regular day at Disney. Really! Check out this trip report for breathtaking rainy night photos of Walt Disney World. Marvel as we eat approximately 73 cupcakes and have delicious meals at two of Disney’s best restaurants, Bistro de Paris and Hollywood Brown Derby during the course of this “for no reason” trip report!

Dopey Challenge Race Weekend Report – As a challenge, Tom decided to participate in the Dopey Challenge, which is a runDisney weekend consisting of a 5K, 10K, Half Marathon, and Marathon. It’s nearly 50 miles of running on 4 consecutive days, and you have to be really dopey (and perhaps slightly insane) to do it. This report offers a recap of the experiences. 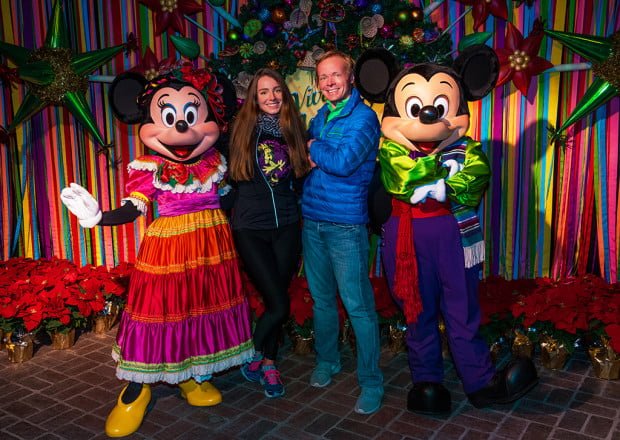 Crazy California Christmas Trip Report – Join us on our incredible Christmas Expedition, as we dine at Club 33, photograph Disney time-lapse videos, eat our way through Disneyland’s holiday snacks as we prepare our book, A Disneyland Christmas, experience Haunted Mansion Holiday and “it’s a small world” holiday for the first times! This is one incredibly photo heavy trip report, capped off with a beautiful last night of rainy-night reflection photos!

Disneyland 24-Hour Day Trip Report – We headed to Disneyland for the Leap Day 2012 “One More Disney Day” promotion. The highlight of the trip would be spending 24-consecutive hours in Disneyland, but a trip to The Walt Disney Studios in Burbank, California was another highlight, as was seeing the ABC television series Modern Family film an episode inside Disneyland.

Coast-to-Coast Disney Trip Report – We took (almost) back-to-back trips to Disneyland and Walt Disney World! The Walt Disney World leg of the trip was better, as we conducted a “research” resort bar crawl, participated in the D23 Scavenger Hunt, and…most exciting of all…watched a tear-jerking Richard Sherman concert featuring Figment and DREAMFINDER! This is a great installment for hardcore Disney geeks. 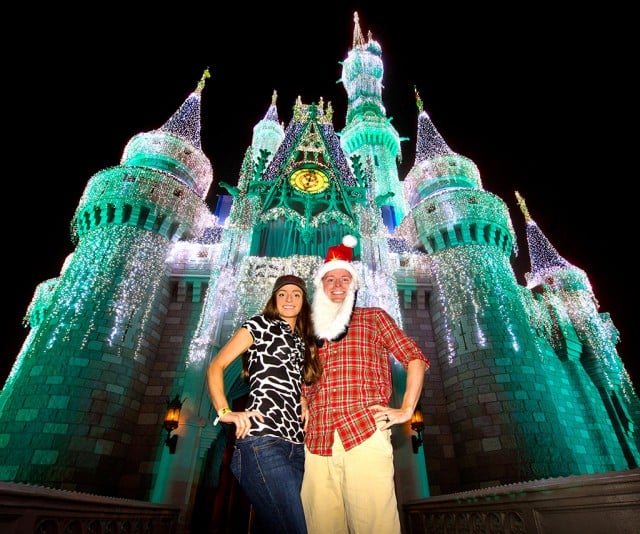 If you enjoyed any of these reports, we’d be incredibly grateful if you’d share them with your friends by Tweeting out a link to this page, sharing the link on Facebook, or pinning photos from the reports to Pinterest. We have spent a lot of time creating these reports, and if you enjoyed what you read, we’d love it if you’d help us spread the word!