This Walt Disney World trip report features over 800 Disney photos, and thoughts from our visit during Mickey’s Not So Scary Halloween Party, Magic Kingdom’s 40th Anniversary, and Epcot’s International Food & Wine Festival. We had a ton of fun at these events, and thought this would be a great trip to cover in a report–and would be helpful for others planning Walt Disney World trips during these events in the future (well, besides the 40th anniversary…that is sorta a ‘one and done’ type of thing!).

Informally, we’re referring to this as the “Brickers’ F’n Walt Disney World Trip Report.” Not because it’s filled to the brim with vulgarity (it’s not, although that would be a great way for us to reach the coveted 18-34 male demographic), but because it combines the “Big Fs” at Walt Disney World in October 2011: Food & Wine Festival and the Fortieth Anniversary. Too bad we didn’t stay at Fort Wilderness to complete the trifecta!

This was a really fun trip for us. In addition to the highly anticipated 40th Anniversary of Walt Disney World, we attended Epcot’s International Food & Wine Festival, participated in the Disney Parks Blog’s Trick or Meet-Up event, and dined at some delicious restaurants, among other things!

We hope you join us on this exciting and terrific* trip report! Bookmark this page as it will be where we organize the updates in one convenient location. Links will become active as the Parts are posted. 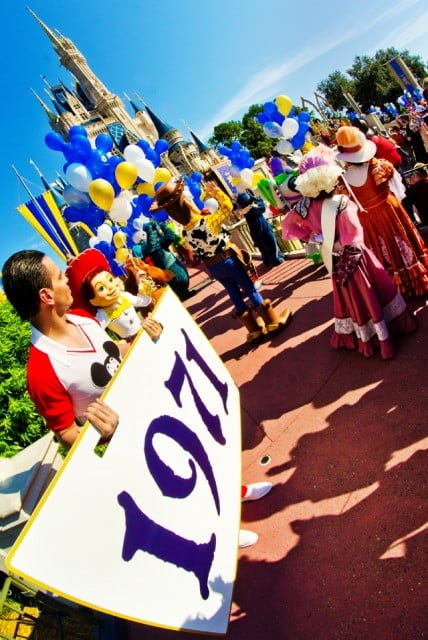 *Okay, maybe we’re playing fast and loose with the term “terrific.” Worth noting is that this report will ultimately span many, many pages of text. Ever read War and Peace? Expect a similarly sized Russian novel here. Because I’m more concerned with creating content than proof-reading what I’ve written, and due to my schedule, much of the report was written very hastily. I hope that it’s somewhat coherent and not rife with grammatical errors, stylistic faults, and misspelled words, but such may be the case.

If you have any questions, comments, or other thoughts about this Walt Disney World trip report, please share them below!