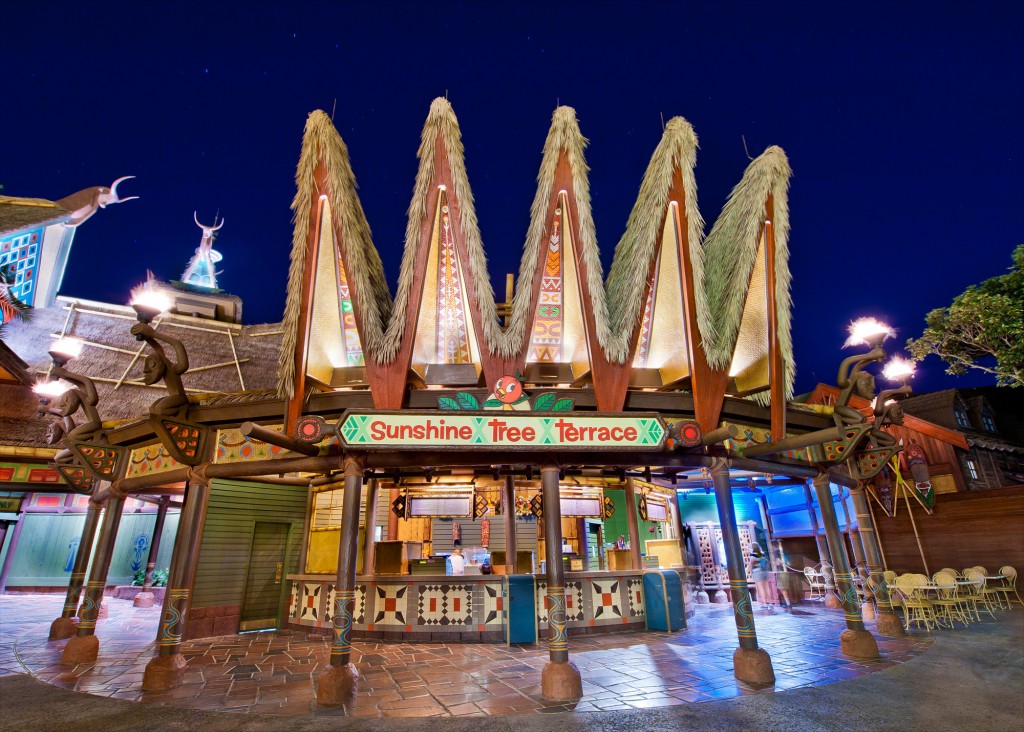 I’ve already praised the return of the Orange Bird to the Magic Kingdom’s Sunshine Tree Terrace, and on our recent Walt Disney World trip, we finally had the chance to try what is quickly joining the Dole Whip as a ‘cult classic’ dessert in the Magic Kingdom.

Before even getting to Citrus Swirl, though, I have to comment that overall, Sunshine Tree Terrace is looking better than it has looked in years. When we first approached Sunshine Tree Terrace, I noticed that the torches above the Terrace were lit, something I haven’t seen in as long as I can remember. This adds to the kinetic energy of the whole area, and is one of those details that enhances the Disney experience. Beyond that, Sunshine Tree Terrace is sporting an entirely new menu that goes far beyond its status up until earlier this year as a glorified ice cream stand. 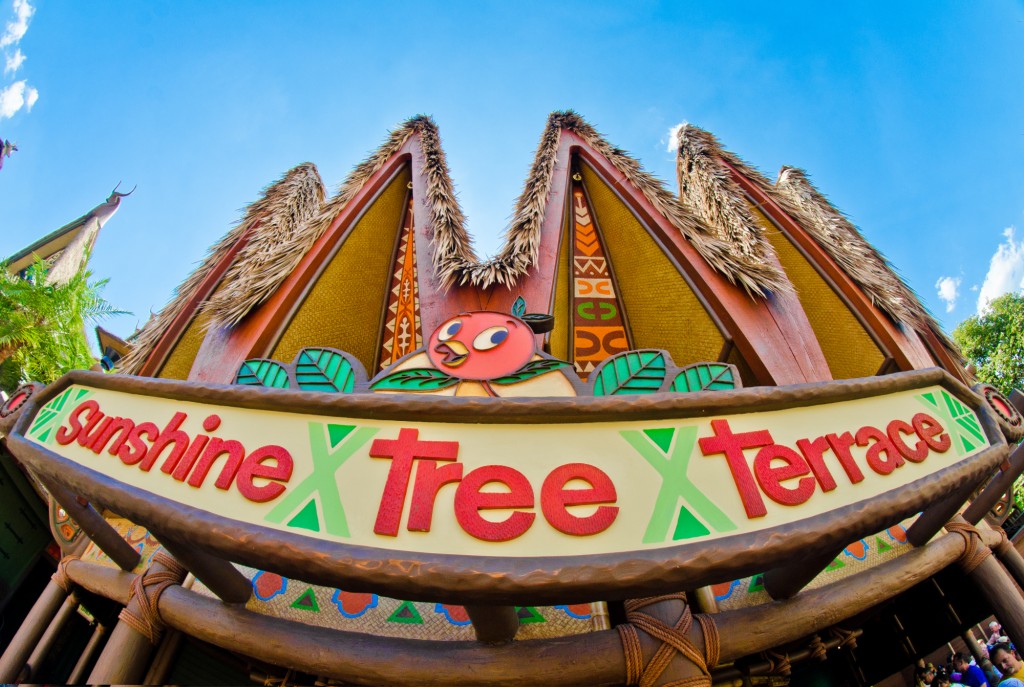 After its refurbishment, the Sunshine Tree Terrace is looking great and refreshed. Beyond repainting, the working torches, and some surfaces work, the biggest substantive change is obviously the restoration of the Orange Bird. Not only does he appear on the brand new marquee (don’t you just love the font that was chosen for that?!), but the original Orange Bird also appears in the back of the pavilion, after being restored by Walt Disney Imagineering and the Walt Disney Archives (and, it seems, Kevin Kidney). 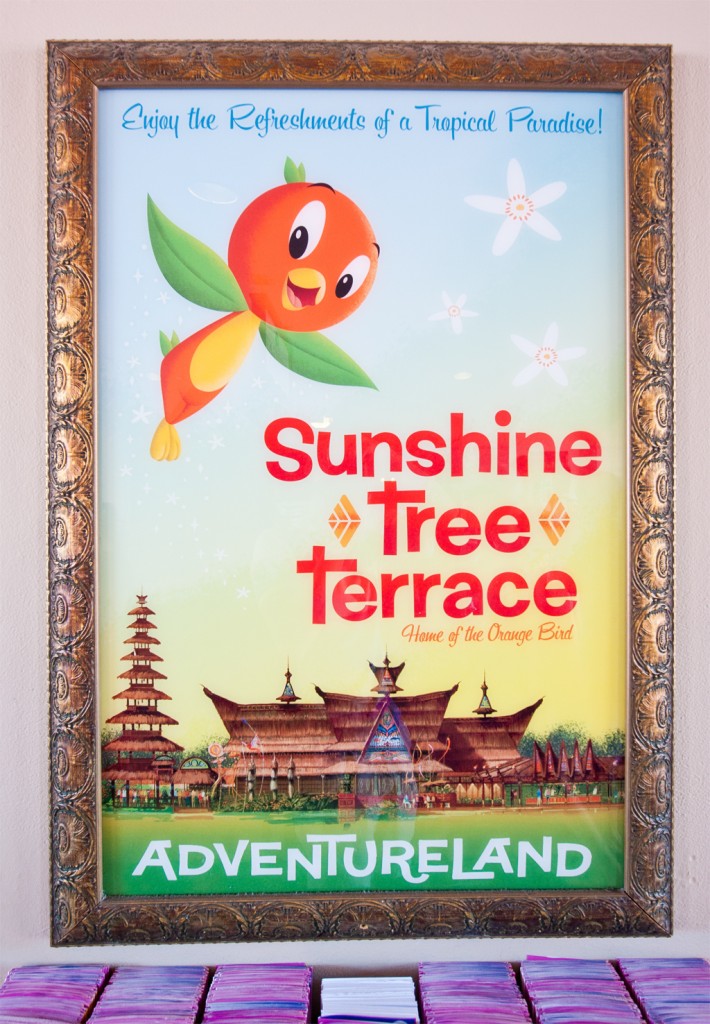 As I’ve stated before, I applaud the move to restore the Orange Bird to the Magic Kingdom as an important incremental improvement that gives a small nod to Walt Disney World’s history. He may “only” have been a character created to promote the Florida Citrus Commission, but he transcended his role as a simple advertising vehicle in his years up in the Sunshine Tree. I won’t further belabor my feelings on the significance of his restoration, as I’ve already done that here. 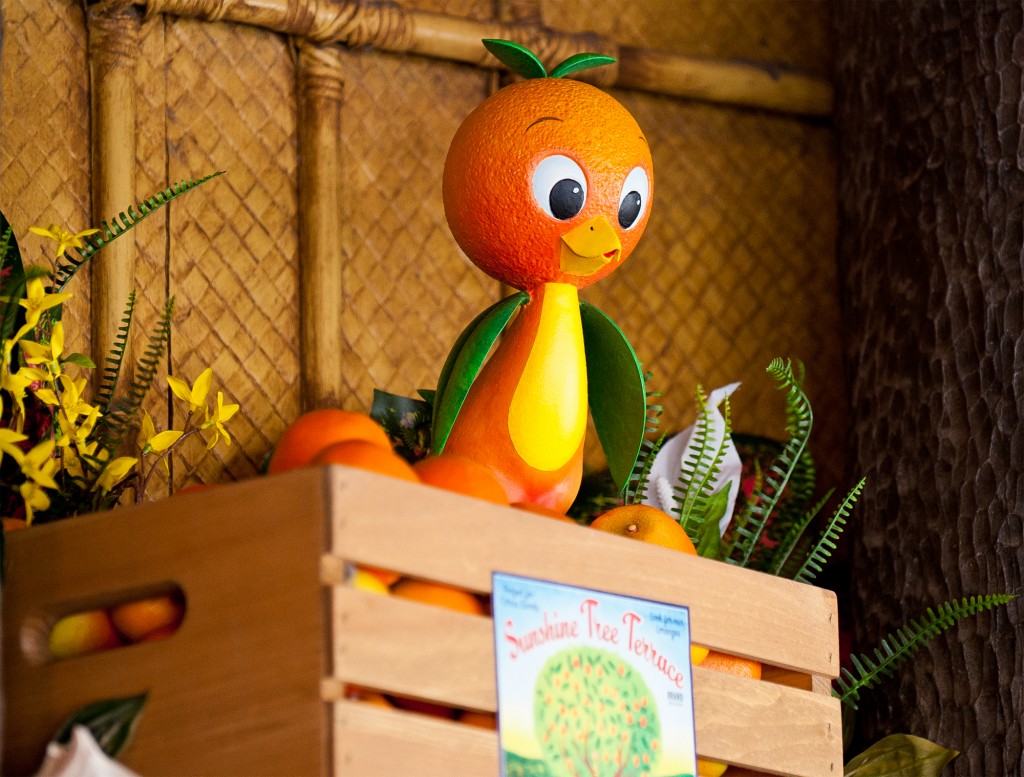 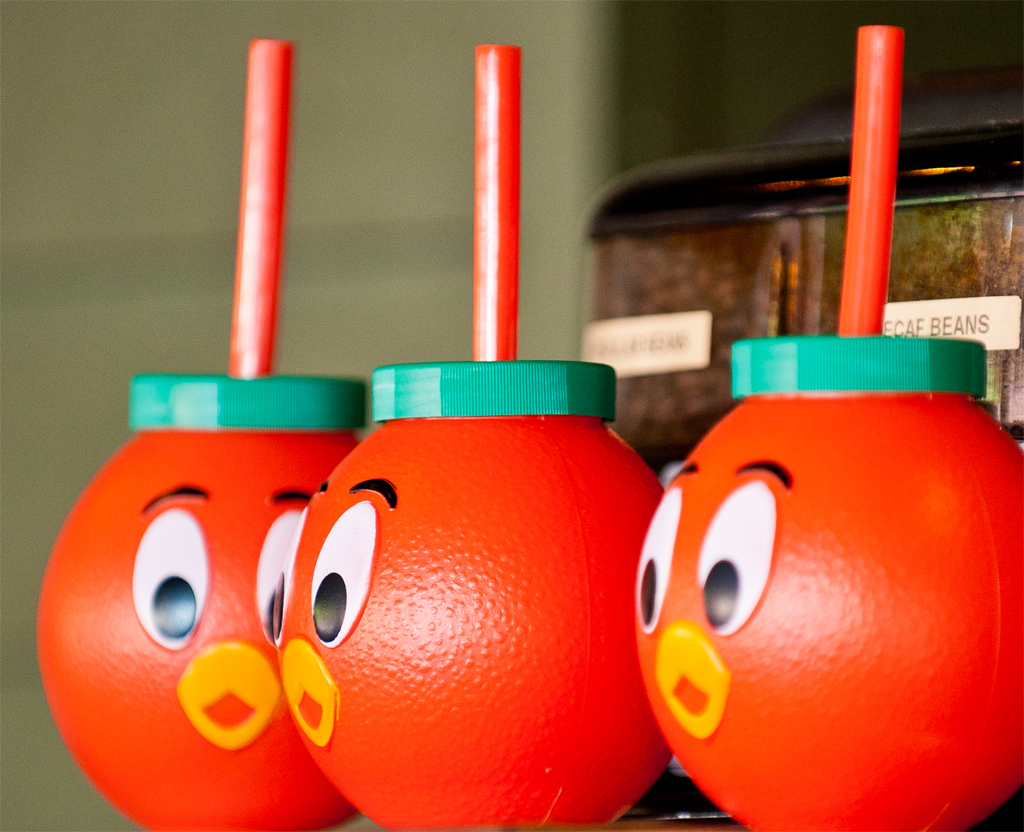 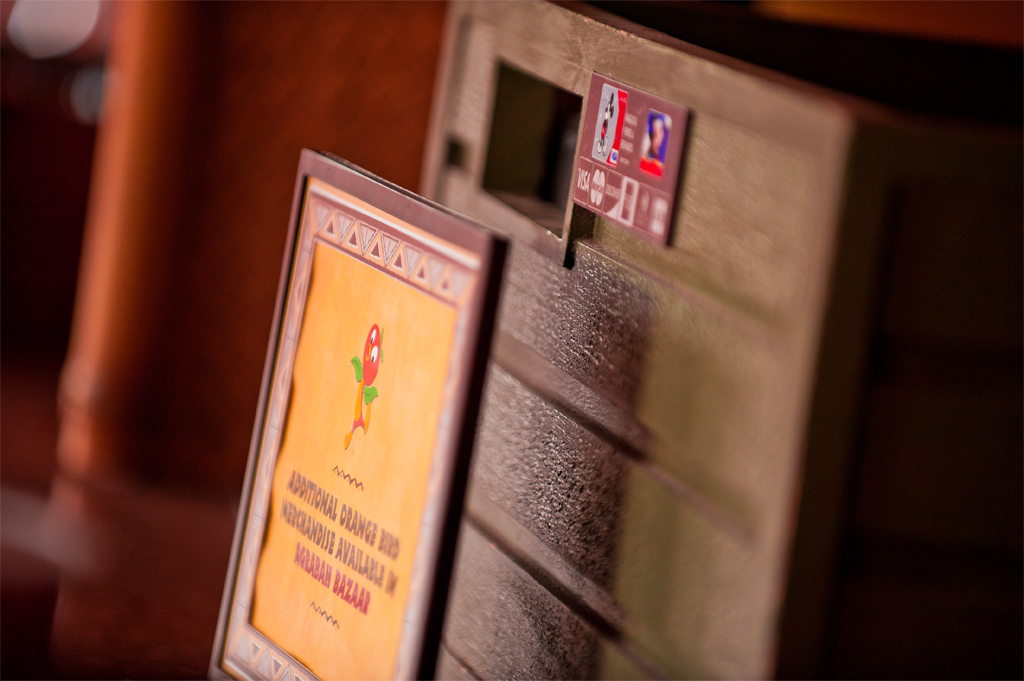 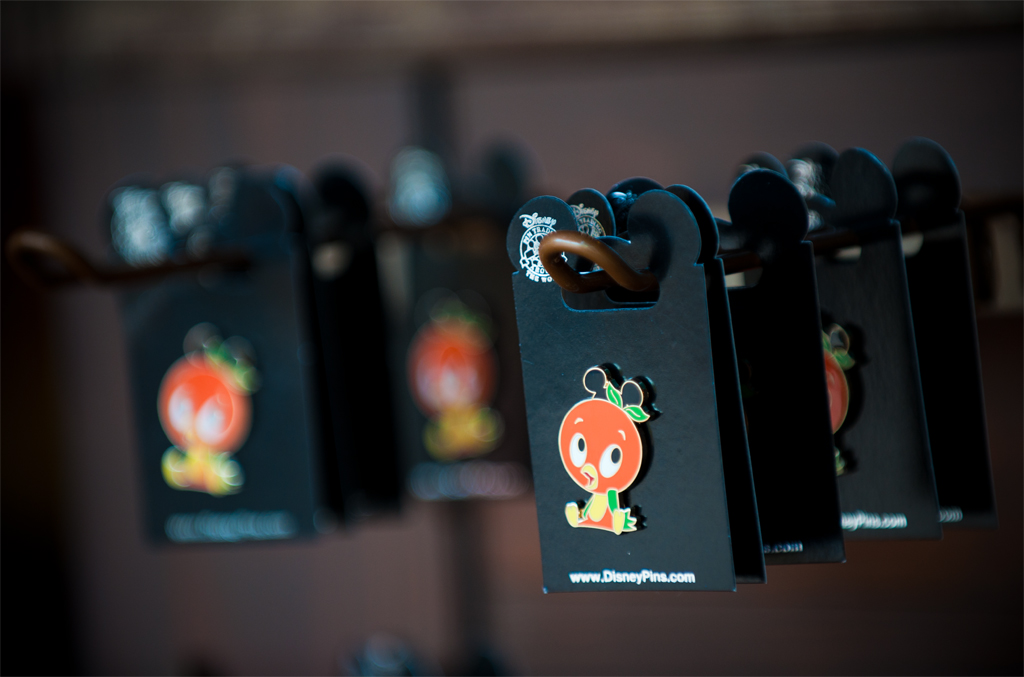 For those keeping score at home, the refurbishment of Sunshine Tree Terrace receives a score of “awesome” from us; the restoration of Orange Bird receives a similar “awesome” mark in our book; now, what about the Citrus Swirl itself? A lot of times when you anticipate something so much, and it’s built up by others, you form unrealistic expectations that can’t possibly be met. I’m happy to say that wasn’t the case here. Probably, to be honest, because I figured no matter how good the Citrus Swirl was, it was no competition for the wonderful Dole Whip. Au contraire. 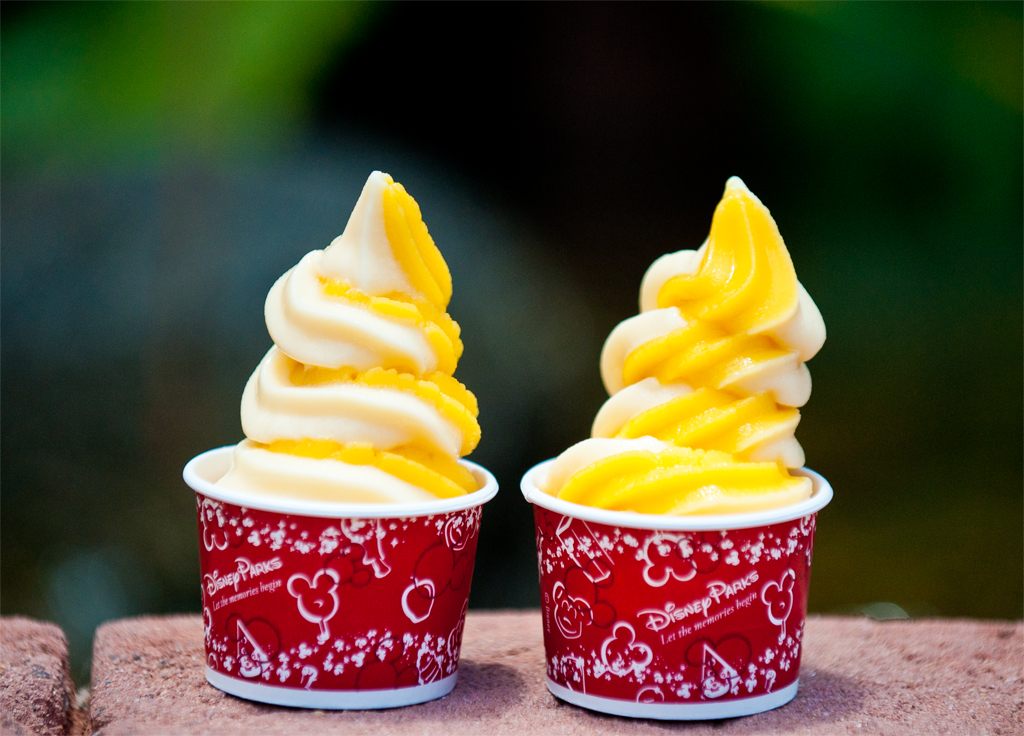 The Citrus Swirl was everything I expected and more. With its sweet vanilla soft serve and more dense and tart frozen orange juice slush, it has an contrasting flavor combination (I won’t go as far as to call it complex–we are just talking about quick service ice cream-based desserts, after all) that makes it very interesting. Separately, the vanilla ice cream and frozen orange juice would both be good, but together they make for a dessert that is very unique and tasty. This adds to the appeal, much like the unique pineapple flavor adds to the appeal of the Dole Whip. 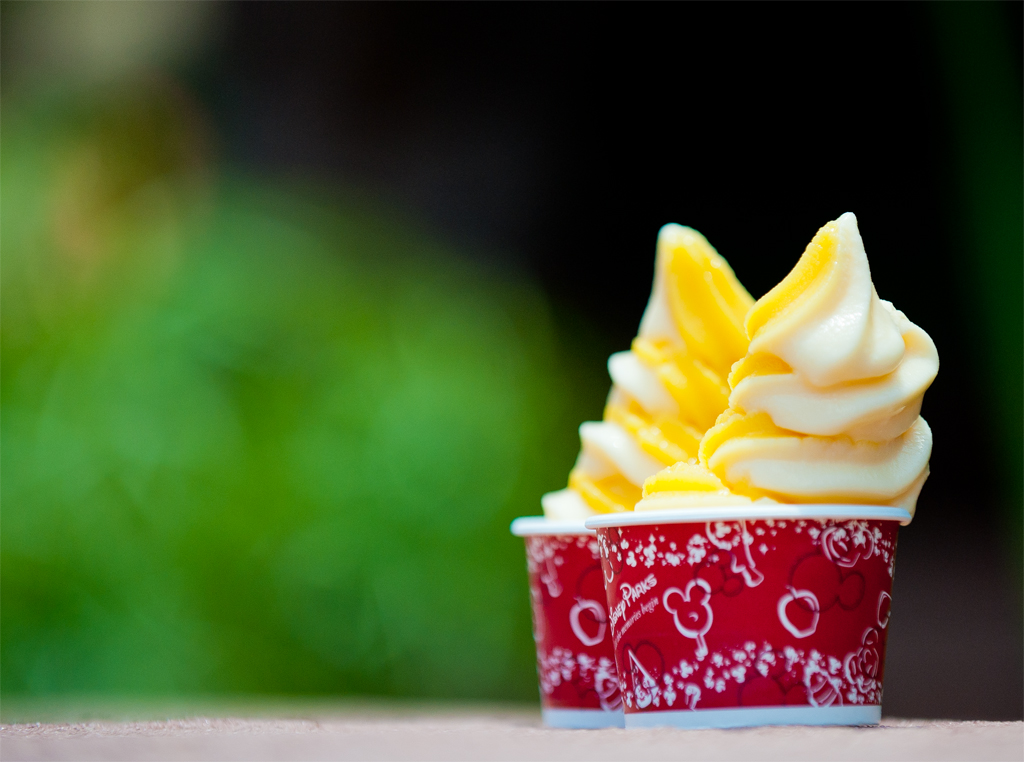 While I admit that I didn’t enjoy the Citrus Swirl as much as I love Dole Whips and Dole Floats (but I love ice cream, so I’ll definitely have one of each on our trips!), it is great to see it back in the Magic Kingdom after several years’ absence, and if early online buzz is any indication, it will attain the same cult classic dessert status that the Dole Whip enjoys. With two excellent desserts, a restored Sunshine Tree Terrace, a recently redone bridge to Adventureland, a Swiss Family Treehouse that’s looking better than ever, a Tiki Room that’s not an abomination, and even Pirates of the Caribbean receiving attention lately, Adventureland is finally on the upswing after years of neglect. Now, if only all the little birds in Adventureland could make that darned spinner fly away…

Have you visited the Orange Bird since he returned to Sunshine Tree Terrace? Tried a Citrus Swirl yet? Share your thoughts in the comments!