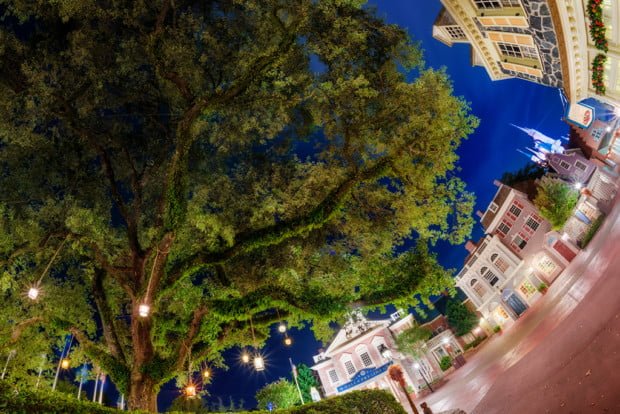 Disney has confirmed that “The Muppets Present… Great Moments in American History” will debut in Walt Disney World’s Liberty Square in October 2016. This outdoor, live show (or “Great Moments with Mr. Eagle,” as I’ll be dubbing it) will be presented above Hall of Presidents in the Heritage House windows, and will feature popular Muppets characters.

Hosted by Sam Eagle, this distinctly patriotic show will also include Kermit the Frog, Miss Piggy, Fozzie Bear, Gonzo, and James Jefferson, town crier of Liberty Square. They will recount classic tales from American history injected with the Muppets brand of humor.

From the signing of the Declaration of Independence to Paul Revere’s midnight ride,”The Muppets Present… Great Moments in American History” will share historical stories throughout the day. The presentations will meld information with the Muppets’ own unique take on the founding fathers and the birth of the United States of America.

Now, my take on this news, which we previously shared in our Crazy Rumor Roundup for Walt Disney World post (you might want to check back on that, as some of those “crazy” rumors now seem far less crazy)… 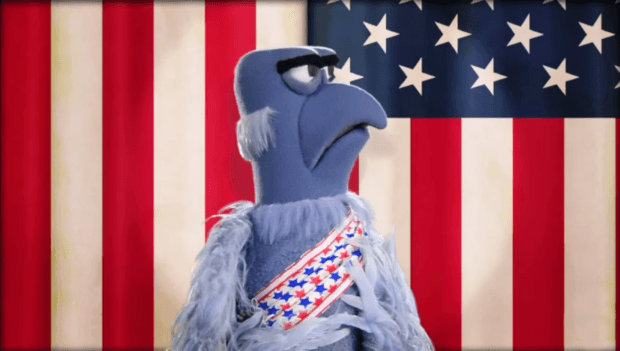 I’m cautiously optimistic about this new show. I’m also a hypocrite. At its core, this addition has close parallels to adding Frozen Ever After to Norway in World Showcase, a decision I lamented in my recent Frozen Ever After Review. Truth be told, I don’t know how to reconcile my optimism for this show and my distaste for the location of Frozen Ever After.

I do think that World Showcase is meant to present authentic slices of culture, whereas Magic Kingdom has always skewed more towards fantasy and whimsy. With that comes characters, even outside of Fantasyland. None of that is anything new for Magic Kingdom. On the other hand, Liberty Square has been the tonal departure from the rest of the park, with a more solemn theme than any other land in Magic Kingdom.

It seems that something like “The Muppets Present… Great Moments in American History” was an inevitability as Disney trends more towards character-infused experiences. I’m actually somewhat surprised it has not occurred before now to Liberty Square.

To that end, I can get behind this as a potential best-case scenario for incorporating characters into a land that would be minimally intrusive (when the show isn’t running, it should disappear into the background). It should also piquing guest interest in the land’s theme and historical through-lines, and also offering something in the form of “edutainment.” On the other hand, when the show is running, that solemn atmosphere of Liberty Square is out the window.

At the end of the day, I’m still somewhere in the middle on this–hence my cautious optimism. If the execution nails it, getting both the humor of the Muppets right and also presenting moments in history in a manner that makes it an “edutainment” offering, I think this will work, and be well-received by most fans. It could be an acceptable way to get guests to spend more time in Liberty Square (possibly luring some to Hall of Presidents), which would be good. It could also end up being more misguided character infusion where it does not belong.

In all honesty, though, my love for The Muppets probably clouds my judgment on this one. I will be the first to admit that if “Great Moments with Mr. Olaf” were announced for this location, with the exact same show details otherwise, I’d be against it. If that makes me a hypocrite, so be it. 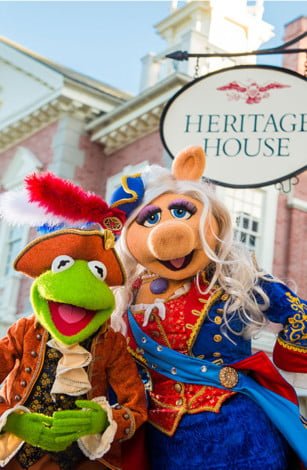 Do you agree or disagree with my take on “The Muppets Present… Great Moments in American History”? Do you see this as no different than Frozen in Epcot, or is there a distinction? Share any questions or additional thoughts you have in the comments!