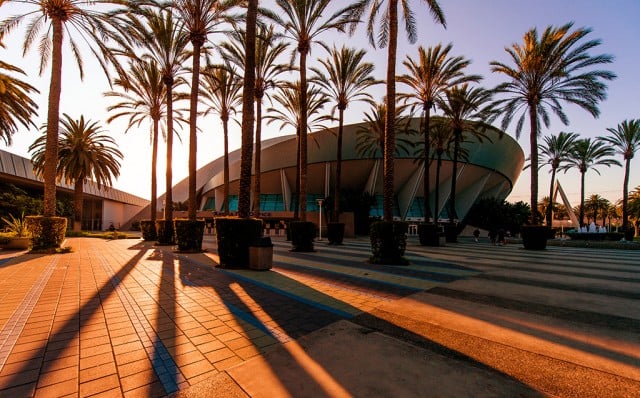 With the 2017 D23 Expo only 23 days away, a lot of Disney fans are anxious as to what will be announced for Walt Disney World and Disneyland. Rumors have been swirling for months as to what projects are on the horizon for both coasts–and the international parks–and even if those all don’t come to fruition, it would seem something big is coming.

In the past, announcements have leaked out a few weeks before they’re actually made, so I thought I’d jump out ahead of any potential leaks and place my D23 Expo “bets” now while rumors are still just that. As a disclosure, this is all just fun (wishful) speculation, not in any way informed reporting.

I have no clue what will be announced and am not trying to present this as a scoop. Just sharing what I think is likely given the rumors we’ve heard, anticipated timelines for future growth at Walt Disney World and Disneyland, and that sort of thing…

Unlike at past D23 Expos, before which Disney tried to downplay announcements with advance warnings that there would “not be any new product announcements at the Expo this year,” it seems Disney itself is teasing a big Expo. Bob Chapek has already teased a “major transformation” for Epcot and more for Disney’s Hollywood Studios, and press releases have indicated that details for existing projects should be clarified.

We also know that Disney has demonstrated a willingness to be more aggressive with theme park additions the last several years, which suggests a lot could be on the table for the Parks & Resorts division during the 2017 D23 Expo. With that said, here’s what I think we can expect in terms of announcements during this year’s Expo, in order of increasing likelihood… 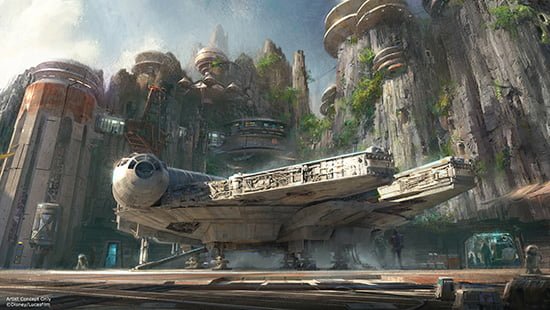 First up is actually not the least likely announcement–it’s just the least exciting prediction, so I wanted to get it out of the way. We’ll get updates on projects that are ongoing around the world. Namely, the Star Wars Lands coming to Disneyland and Walt Disney World. This is exciting–because these lands are no doubt bigger-budget additions than anything rumored–and anticlimactic because we already know these lands are coming.

We know the D23 Expo will contain a lot about the Star Wars Lands because D23 has already announced that the Walt Disney Parks and Resorts pavilion on the show floor of the Anaheim Convention Center will be called “A Galaxy of Stories.”

In that, guests will get an exclusive look at the new Star Wars Lands currently under development and will hear personal stories of cast members and Imagineers working to create these lands. “A Galaxy of Stories” will feature models, artwork, and media on display.

The pavilion will provide a first-ever look at some of the locations, starships, creatures, and droids that will inhabit Star Wars Land. Most notably, guests will be able to view a fully detailed model of the “overall vision” for Star Wars Land.

This will be a huge deal both among Disney fans and in the mainstream, especially as Star Wars films have been dominating the box office for the past two years (and probably again this year). For that reason alone, no matter what announcements are made, the big story coming out of the D23 Expo is likely to be Star Wars Land. Again.

To bridge the gap between now and Star War Land’s 2019 opening date, I could see announcements made about interim Star Wars park entertainment for 2017-2018, akin to the “Season of the Force” announcement that accompanied the big reveal of Star Wars Land at the last D23 Expo.

Beyond Star Wars, I think it’s safe to expect an opening timeframe for Toy Story Land at Disney’s Hollywood Studios, albeit no firm date (my prediction: “Summer 2018”). It’s likely we’ll also see more concept art for this land at both DHS and Shanghai Disneyland. Despite this land being a significantly smaller-scale addition than the Pandora and Star Wars lands that bookend it, many Disney fans are quite excited about Toy Story Land, and it would behoove Disney to hype them on the land further.

Hearing more about Disney Cruise Line’s two new ships is also a possibility. However, with these coming online in 2021 and 2023, specifics are probably premature. If anything, I think details here would be limited to the names of the two new ships to join the fleet. 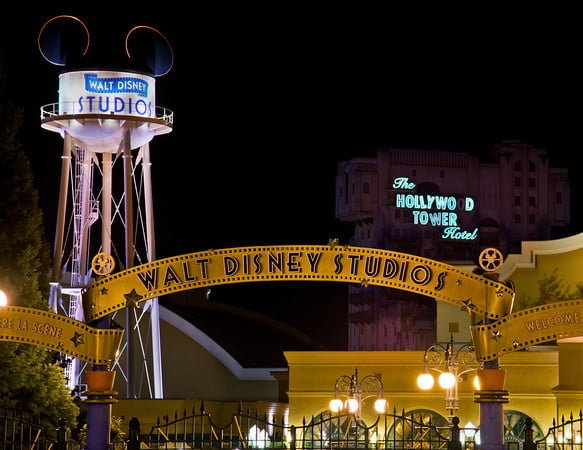 The big news out of Paris for the last few months has been Disney’s efforts to gain full ownership of Disneyland Paris. After offering a buyout to existing shareholders, Disney reached 97.08% ownership in the resort. This triggered a mandatory buyback option under French law.

The remaining shareholders automatically had their shares redeemed for €2 per share. This process has now completed and Euro Disney SCA has been delisted from the European stock exchange on June 19, 2017.

During this buyout, Disney had to make certain disclosures about its rationale for the buyback, and its plans for Disneyland Paris. As we reported in our Marvel Coming to Disneyland Paris? article, this included a 10 year plan with $2 billion of capex investment.

Specifically, that 10-year plan revealed Disney would introduce more Marvel attractions and entertainment to its second gate, the Walt Disney Studios Park. With the cat already out of the bag, so to speak, now is a good time to announce what these plans entail.

The most obvious choice to anchor Marvel Land in Walt Disney Studios Park is Guardians of the Galaxy: Mission Breakout. It’s popular in California, would be cheap and quick, and saves what is actually a fairly limited budget (in the grand scheme of how much that park needs) for the significant redesign/place-making work necessary, plus another E-ticket thrill ride in Marvel Land.

There are a few good reasons for making the Walt Disney Studios Park announcements at the D23 Expo: it would reinforce Disney’s commitment to the park right as the buyback process is completed, it continues the momentum of Disneyland Paris’ 25th Anniversary, and…frankly…it just needs to be done.

The Walt Disney Studios Park is in sorry shape, and is in urgent need of some dramatic help. An announcement in the very near future is an inevitability, so why not make it on a high profile stage like the D23 Expo?

The only reasons I could see the announcement not happening at the D23 Expo are because it’s assumed the American audience won’t care, and (more importantly) because the French audience will care. Specifically, they will care that the announcement was not made in France. Disney has had a “delicate” relationship with public opinion in France since even before the park opened, and may want to avoid the appearance of slighting the French by announcing this on a stage in California. 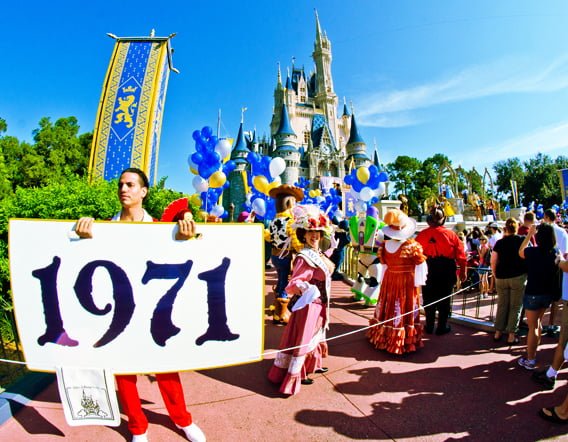 Walt Disney World’s slogan for its 25th Anniversary was: “it’s time to remember the magic,” a campaign focused on guest nostalgia for their memories. For the 50th Anniversary, nostalgia will still win the day, but this time focused on the parks’ own past.

Mostly, these 50 enhancements will focus on plussing or restoring fan favorite attractions. Think of this as a cross between “Project Sparkle” that Disneyland Paris rolled out ahead of its 25th Anniversary and the Diamond Celebration for Disneyland’s 60th Anniversary. Unlike Disneyland Paris, it’s highly unlikely that words like “restoration” will be used, due to the negative connotation.

Instead, this will be presented as re-imagining and enhancing old favorites, playing up the park’s nostalgia in a lot of the same ways Disneyland has done for the last decade (to great success). Some projects on the table that would be tied to this include Carousel of Progress, Walt Disney World Railroad, Big Thunder Mountain Railroad, Living with the Land, and the Seas pavilion.

All told, I suspect we’ll get around 20 actual attraction enhancements staggered over the course of 1-2 years leading into the 50th Anniversary, with the rest of the 30 things being a mix of marketing fluff, new attractions that have nothing to do with the 50th Anniversary, and some entertainment additions. This is no knock–50 changes is a lot for a single celebration, so having some filler in there is reasonable.

One reason to bet against announcements for this is because it’s still so far down the road. Allusions to Walt Disney World’s 50th Anniversary would not surprise me, but I would be incredibly surprised to any enumeration of what will be done, or even a concrete roadmap for the celebration. On Page 2, the predictions get progressively more likely–and more exciting–as we look at a major transformation at Epcot, Mickey Mouse E-Ticket, and More Super Heroes…