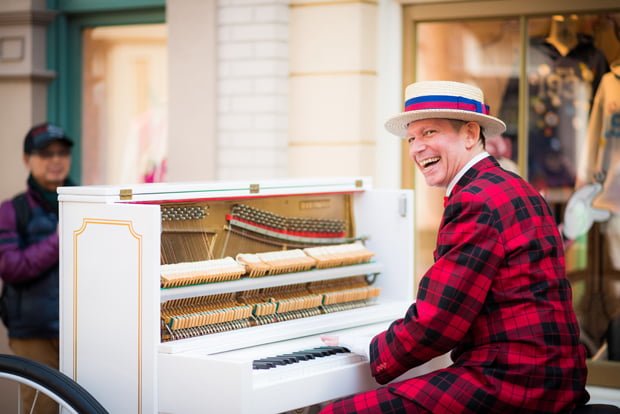 Now that I’ve “Aired My Disney Parks Grievances,” I figure it’s time to show the other side of the coin and share why I enjoy the Disney theme parks so much. Frankly, there’s a lot more that makes Walt Disney World, Disneyland, and the other parks special places imbued with a sense of magic than there are mild annoyances.

Most of the time, the little pet peeves I mentioned don’t even phase me; they’re just little, fleeting moments. I’m guessing this is true for most people. While America’s national pastime is complaining (sorry, baseball), I think we all mostly enjoy life or, in this case, the Disney theme parks.

For the most part, what I’m going to list here as the “essence” of what I find endearing about the parks is what makes the experience something more than the sum of its parts. Sure, the parks wouldn’t be what they are without amazing E-Tickets like Splash Mountain and Tower of Terror, but rides alone are not what makes the Disney Parks special.

There are literally hundreds of different things about the parks that put a smile on my face and make me a hopeless Disney “addict,” but instead of simply posting a laundry-list without much explanation for each, I want to focus on a select few, saving the two most important things for last… 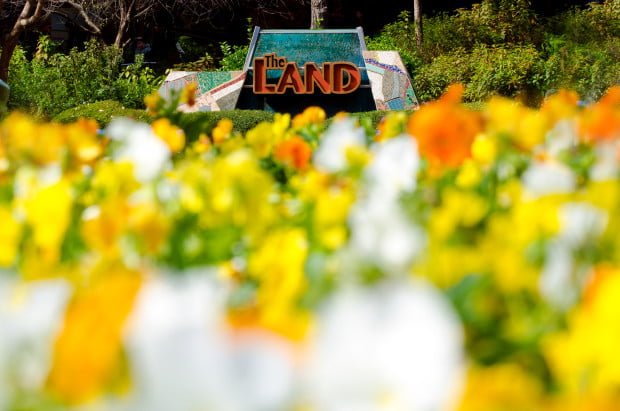 I am a huge advocate of the Disney theme parks as holistic experiences. I don’t mean that in the hippy-dippy, new-age medical sense (although if some crackpot wants to assert that the parks are beneficial to my health, I’ll totally buy that and use it as an excuse to visit more). Rather, that the parks are so much more than a collection of attractions.

This will be borne out throughout this post, but what I mean as a general matter is that to me the parks are much more than racing from E-Ticket to E-Ticket, experiencing attractions as if I’m scratching items off of a checklist. For me, part of drinking-in the parks is taking quiet moments for relaxation, to soak up the ambiance, and to reflect upon the experience.

Whether this means quietly sitting on a bench at park closing in Tomorrowland as the neon and background music assault my senses (totally in a good way) or watching the sunset along the Rivers of America at a tucked-away table in Hungry Bear Restaurant, these moments are as paramount to the park experience for me as doing Haunted Mansion or Pirates of the Caribbean. 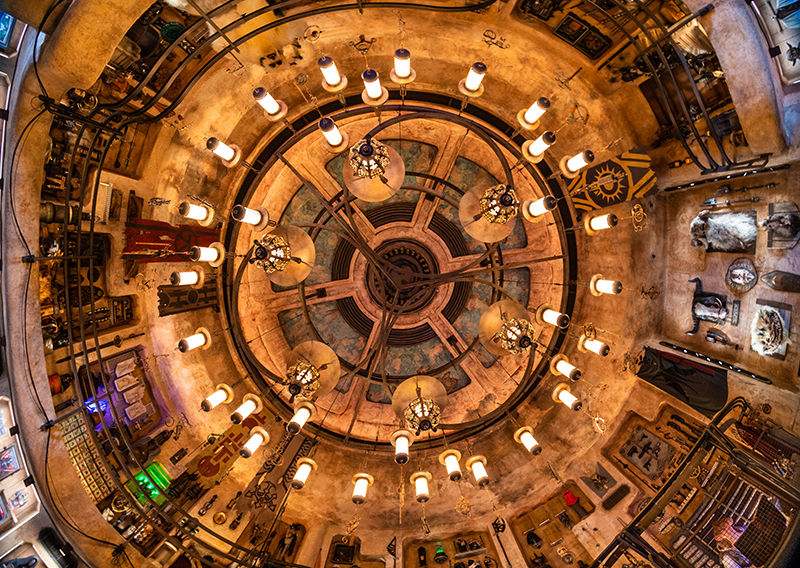 Have you ever noticed that the parks have a totally different vibe and look at night? That they have a certain texture and color not seen during the day? This is the result of meticulously arranged lighting schemes, and when you think about it, it makes perfect sense that the parks would have a better visual storytelling quality to them at night.

One thing at which the Imagineers excel is perfectly controlling environments to evoke certain thoughts and emotions, but this really isn’t possible in terms of outdoor lighting during the day, because of that pesky “sun.” Night provides a blank canvas for lighting, and the Imagineers largely use this to great success via hidden show lighting and visible light fixtures.

Regular readers of this blog know I’m a huge fan of the lighting of the Disney theme parks, and view it as a big deal in the parks. Lighting might seem like an insignificant detail that many people take for granted, but without this attention to detail in terms of lighting, instead of the great kinetic energy and beauty the parks have at night, they would instead feel dark and empty. 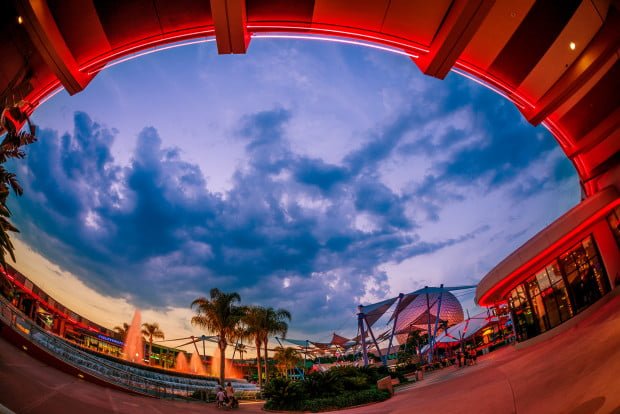 Continuing on the topic of things that many guests don’t notice, but that they would definitely notice if it were missing is background music. A lot of effort goes into creating the music heard in the parks, and while the songs from ‘it’s a small world’ and Haunted Mansion have permeated pop culture, most music in parks isn’t so prominent.

Off the top of your head, you may not have any idea what music plays in the ‘background’ of Tomorrowland or the Innoventions breezeways. If you’re a regular guest, though, and you were to download and play those tracks, I’ll bet not only would you instantly recognize them, but you’d be transported to those places, or memories of being in the parks. You know music is pretty powerful if it has an evocative quality like that despite you having no explicit memory of it! 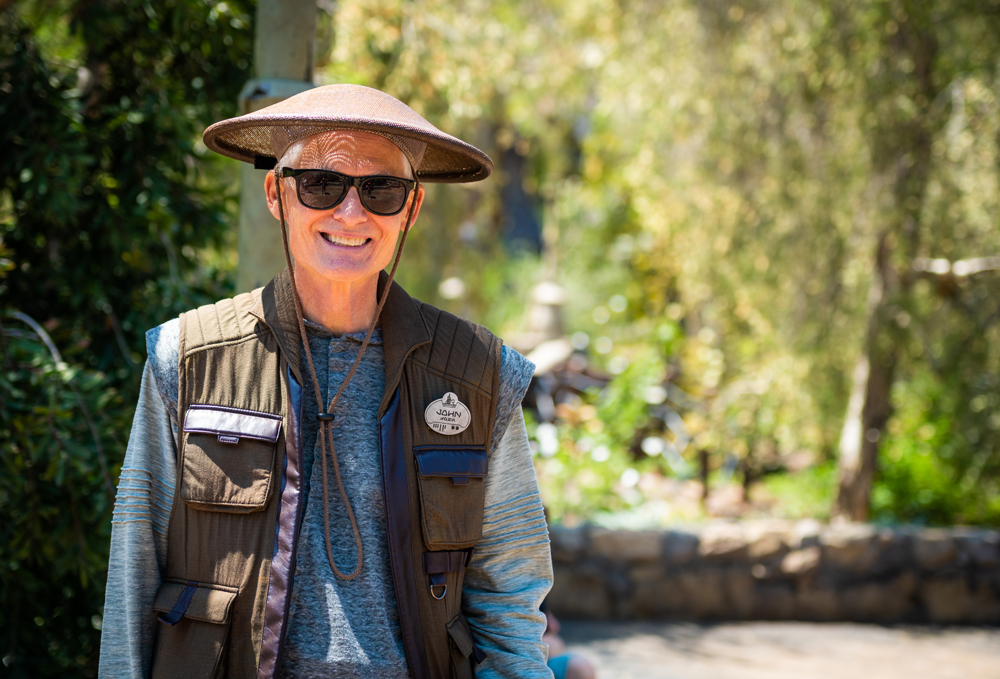 This really should be its own article, and at some point soon, it probably will be. I guarantee any of you who have been to a Disney theme park can think back to a moment when a Cast Member put a smile on your face. Whether it be someone in Guest Relations fixing a frustrating problem with a MagicBand or the custodial artist painting Donald Duck with a mop, every Disney Cast Member has the capacity to make the guest experience special.

For me, this is embodied by two things: the regular and consistent hard work that the Cast Members put into the regular aspects of their jobs, and those small moments when they do something that leaves a lasting impact upon a guest. Of these two things, the former is what I feel is the bulk of what makes Disney Cast Members so amazing–and also where they are most under-appreciated. 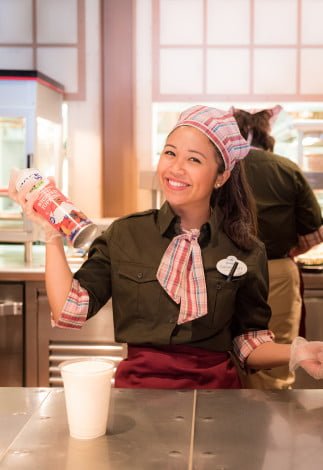 Anyone who has been to Walt Disney World or Disneyland enough times has likely seen a guest meltdown directed at a Cast Member. These meltdowns happen for any number of reasons, but the underlying reasons mostly relate back to the sense of entitlement at the core of the Disney Parks Pet Peeves article, or the stresses and pressures that many adults feel when going on a Disney vacation.

With rare exception, in my experience, these meltdowns are not the fault of the Cast Member who catches the ire of the guest, but are caused by the guest themselves or decisions made by Disney management that are out of the hands of the front-of-the-line Cast Member. 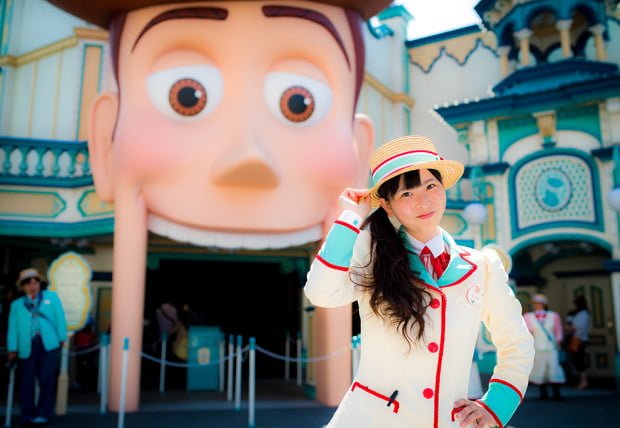 It is thus no small miracle that Cast Members are able to deal with belligerent guests while essentially becoming a punching bag. Not only that, but once the unpleasant interaction is over, the Cast Member resumes their normal role as if nothing happened, putting on a smile and going out of their way to be pleasant to other guests. These Cast Members are typically not especially well paid, and yet they are verbally abused by guests and then can quickly set aside those emotions so it doesn’t negatively affect the experiences of other guests.

Let the incredible fortitude and positive attitude that requires sink in for a moment. I’d like to think I’m a pretty level-headed person, but based on some of the guest horror stories I’ve heard from my Cast Member friends, I doubt I would last a week as a Cast Member. I simply don’t have the incredible level of restraint to ‘smile and bear it’ that it takes to handle some of these situations. How many of you do? Can you honestly say that a negative interaction with a coworker hasn’t soured the rest of your workday before? 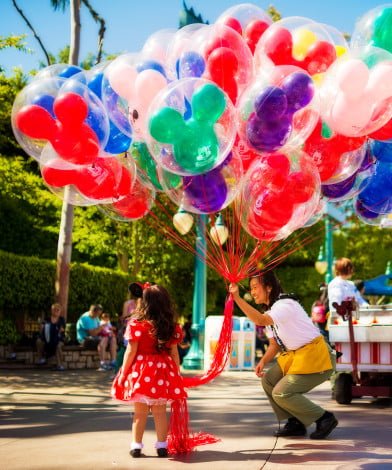 The role of the Cast Member as “magic maker” is that which is more commonly lauded, and probably what is brings the sense of satisfaction and joy that keeps them going through those unpleasant encounters. I’m sure this role is no easy task, either, as you never know what will trigger a special moment for each individual guest.

For some people, it’s a Cast Member telling them “happy birthday” or “have a magical day”, for others, it’s being given a sticker or a surprise snack on their honeymoon. The list of potential examples goes on and on. Most of these things are not major in the grand scheme of things, and could just as easily be ‘throwaway moments’, but end up being things that stick with guests for years after the trip.

One of my fondest memories from our engagement trip to Walt Disney World some 8-years ago was being congratulated by the Cast Members at Crystal Palace and being presented with a certificate signed by Pooh and friends. We still have this certificate and whenever I look at it, it brings a smile to my face. 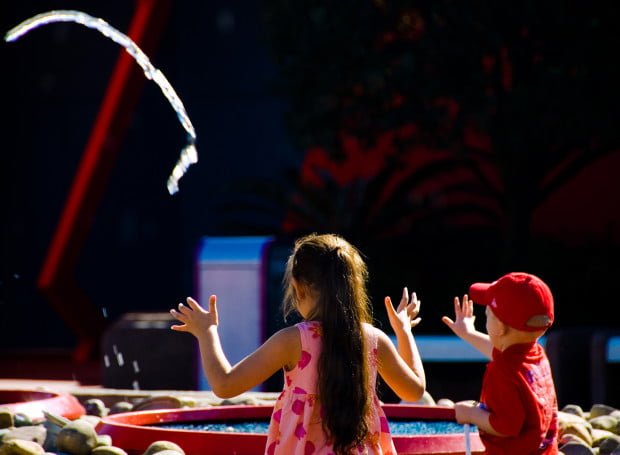 Children have a sense of wonder and innocence about them that is amplified by the Disney theme parks, and seeing the parks reflected in their sense of wide-eyed mysticism is truly something to behold. Whether they are running around swinging around light sabers or watching in awe as they witness a giant talking Mr. Potato Head, there is a sense of life that kids breathe into the Disney theme parks.

What, exactly, that means is impossible to articulate. It’s one of those things I know when I see, and it brings a smile to my face, every time. If I had to try to pinpoint it, I think it’s probably equal parts envy and nostalgia. Even as adults, many of us are entranced as we watch Mickey Mouse fight a huge dragon in Fantasmic. There are many jaw-dropping moments that are impressive to kids and adults alike. 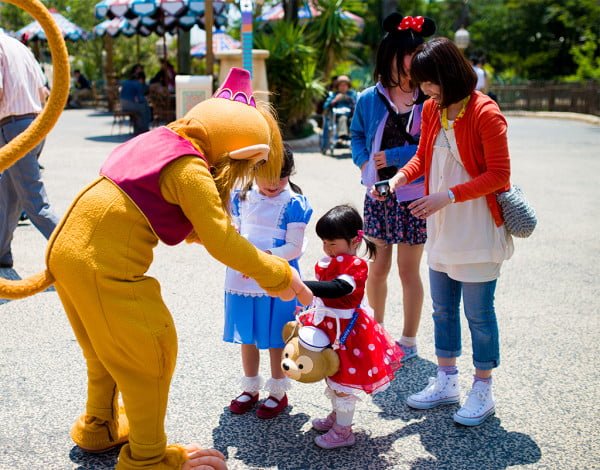 However, some of that mysticism wears off as we get older. Whether it’s a result of the natural cynicism everyone grows to various degrees as our lives wear on, or due to simply being “wiser” and understanding more about how things work, or something else entirely, adults tend to see less magic in the world than children.

While this blindness exists in every adult to varying degrees, one thing we all can see, if we look for it, is that sense of mysticism reflected in the eyes of children. The things we can’t see directly, we can see through them. For parents, this ability to experience the parks vicariously through children must be truly amazing. For non-parents like me, it’s not quite the same, although as someone who has been going to the parks since I was in diapers, it brings back fond memories of those simpler days when everything at Walt Disney World was magical. 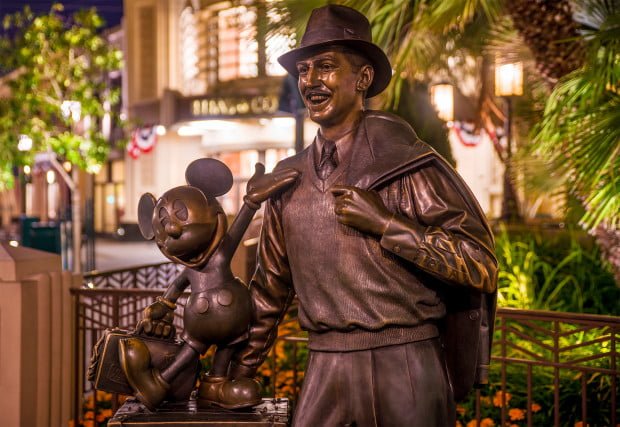 I am loath to quote Walt Disney as I think his quotes are over and misused, but I think this quote is apt here: “you can design and create, and build the most wonderful place in the world. But it takes people to make the dream a reality.” Those words ring as true today as when he uttered them five-plus decades ago.

Other guests may do things that irritate us and it’s easy to fixate on that, but I think it’s critical to remember that people–all people–make the parks what they are, and usually our fellow guests have no malicious intent in what they do; even if misguided, they are just trying to have their own little slices of the magic.

What do you love most about the Disney Parks? Think the magic is in the details, Cast Members, fellow guests, a combination of the above, or something else entirely? Do you agree or disagree with our list of what makes the parks special? Any questions? Hearing your feedback–even when you disagree with us–is both interesting to us and helpful to other readers, so please share your thoughts below in the comments!

125 Responses to “The Essence of the Disney Parks’ Magic”