I want to start this post out by thanking you all. When we first started this blog last year, I figured a handful of people would read the blog each day. It started as a fun experiment, basically. We were way late to the blogosphere, so I wasn’t expecting any kind of serious traction. The actual response to the website has blown us away, and we’re honored and humbled that so many people enjoy reading our thoughts, opinions, and tips, and that so many of you enjoy my photos.

2012 has been a great year for Disney Tourist Blog. Year over year traffic has more than tripled (now three people in my family read the blog instead of just my mom ;)). We have regular readers all around the world. (We are oddly popular in Australia, and I’m not really sure why.) It still boggles my mind that people want to read the words I write–even if I know most of you are just here for the photos!

Unfortunately, the growth hasn’t been all good. You may have noticed a lot of downtime on the website this summer and fall. Traffic became so heavy that the website was down just as much as it was up, and it took me a while to come up with a viable solution. The solution involved some back-end work to make the site more lightweight, and also spending more on hosting…a lot more. Our monthly host bill is now substantially more than our bill for the entire year of 2011. The website is now more stable, but it’s still not perfect. Who knew that running a website could be so expensive and difficult?! (For this reason, we are also incredibly grateful to those of you who have made purchases through our Amazon affiliate links; they’re what keeps this blog going.)

One of the “victims” of this traffic situation has been trip reports, as the photo-heavy reports regularly cripple the site. It’s a bit ironic that what brought many of you here in the first place is also what ended up almost killing this site! I’ve tried a few solutions to ease the strain on the server, including multi-page reports. I’m still trying to find a workable solution to this, as I know many of you love the trip reports.

It’s also been a great year for us. Although we still own a dachshund, our cat has been the redeeming pet of our household, and he continues his reign of excellence. We’ve also done a fair amount of traveling, visiting Walt Disney World, Disneyland, Disneyland Paris, regular Paris, London, National Parks, and a handful of other locations. It has been an exhausting year, but that’s not a complaint.

We’ve met many of you in the parks, and based on that, we can say with some certainty that our readers are awesome. I’m sure a handful of our readers suck (statistically speaking, this has to be the case, right? That’s what Seinfeld taught me…), but we have yet to meet these folks. For a topic that should be inherently happy and lighthearted, the online Disney community can be pretty nasty at times, but those of you we’ve met have been great, so I’d like to think that our readers are largely nice and civil. This belief is confirmed by the blog comments and Facebook page discussions, all of which have been friendly, even when people don’t agree with one another. Perhaps that troll repellent I sprayed on the blog really worked! In any case, we look forward to meeting more of you in 2013.

What’s next for 2013? We’re not entirely sure. We are trying to diversify our travel experiences a bit more, and to that end, we’ll be taking a several weekend trips to non-Disney locations in early 2013. (Thank you, AirTran $49/one way sale and Megabus $0 ticket promotion!) National Parks are also high on our list for 2013, and whenever Airfarewatchdog alerts me to cheap weekend airfare to any airport near a National Park in 2013, we’ll be making the trip. We want to travel as much as we can before we have kids because costs are cheap with it just being the two of us…and it sounds like kids substantially alter the equation. We won’t be traveling less to Disney theme parks, so don’t worry about that! 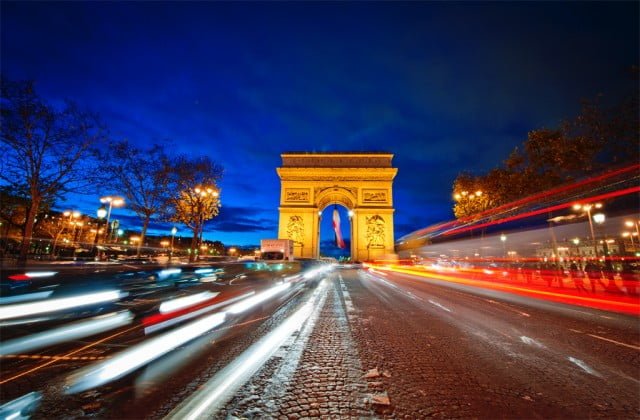 As a result of the photography survey results from a couple weeks ago and because we’re going to be visiting a lot of non-Disney locations, we’re going to start a companion travel photography blog in 2013. Disney Tourist Blog will still have occasional technical photography content, but most of that content will be found on the other blog, along with photos of the day that include rambling anecdotes about our experiences, restaurant tips, and whatever else strikes my fancy. The current dichotomy between “Disney Travel Tips” and “Technical Photography Tips Sprinkled with Disney Photos” posts on this blog doesn’t make a whole lot of sense, and both styles of posts are popular, but with audiences that only overlap a bit. “Disney Planning+Disney Photography” isn’t really a logical blog niche, but “Travel Photography Blog” is, so the change should be for the better. Plus, this solution finally allows me to share photos from other places we’ve traveled, which is my big reason for starting it–I have some halfway decent “other” photos that I’d love to start sharing. I’ll let you all know when it launches.

But that’s what’s next for a spin-off blog that probably doesn’t interest a lot of you. What’s next here is largely up to you, as I’m all ears to your feedback. I plan on doing more dedicated editorializing and trying to catch up on dining and hotel reviews, but beyond that, I’m not sure. If you have topics you’d like to see me cover, post the ideas in the comments. My goal is to average 4.5 articles per week on Disney Tourist Blog, something I believe I can accomplish despite starting another blog thanks to taking some other things off of my plate, and eliminating a lot of needless time wasters. Plus, I never sleep. 😉

So…that’s our looking backward, looking forward post for 2012. We’d love to hear your feedback, topic suggestions, etc., so if you have any input at all, please share it in the comments. Thanks so much for reading!