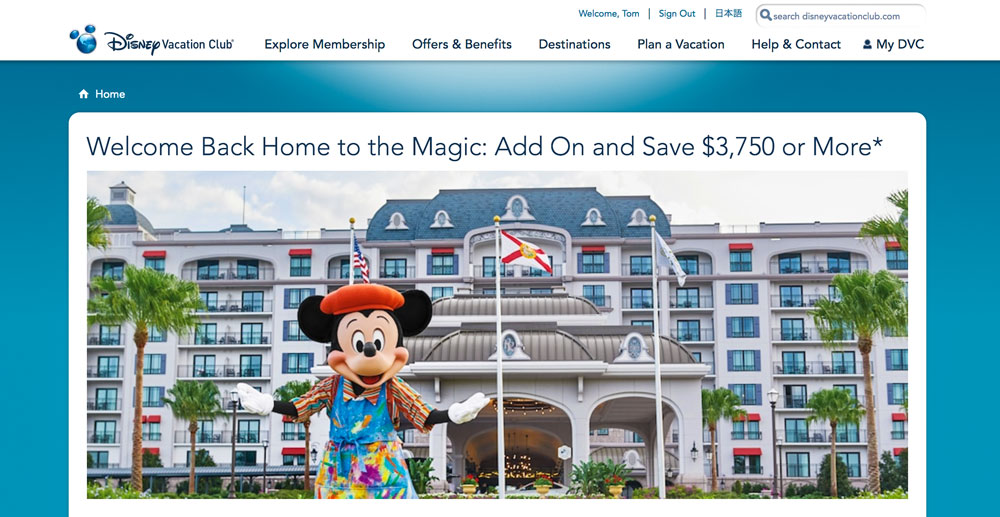 Disney Vacation Club has resumed sales, and is offering its lowest prices ever on Riviera Resort, plus deeper discounts than normal on Copper Creek Villas at Walt Disney World and Aulani in Hawaii. In this post, we’ll take a look at the deals, and offer commentary about why we still would not recommend buying into DVC right now.

As a “Welcome Back Home to the Magic” special (you must be logged in to view the details), Disney Vacation Club is offering sales incentives offer savings up to $40 per point at Disney’s Riviera Resort, Copper Creek Villas & Cabins at Disney’s Wilderness Lodge (which is 96% sold out), and Aulani – A Disney Resort & Spa in Hawaii.

With the details of the current DVC deals out of the way, let’s turn to whether you should take advantage. A few friends and readers have asked whether now is a good time to buy into Disney Vacation Club. Our answer has been an unequivocal “absolutely not.”

What follows is why we’d wait–keep in mind that much of this is totally our opinion, highly speculative, and based on some assumptions. As always, your views and mileage may vary. (Additionally, none of this takes into account the still-newish DVC resale restrictions, which prevent us from ever recommending buying in with Disney’s Riviera Resort as a home property at all, ever.) 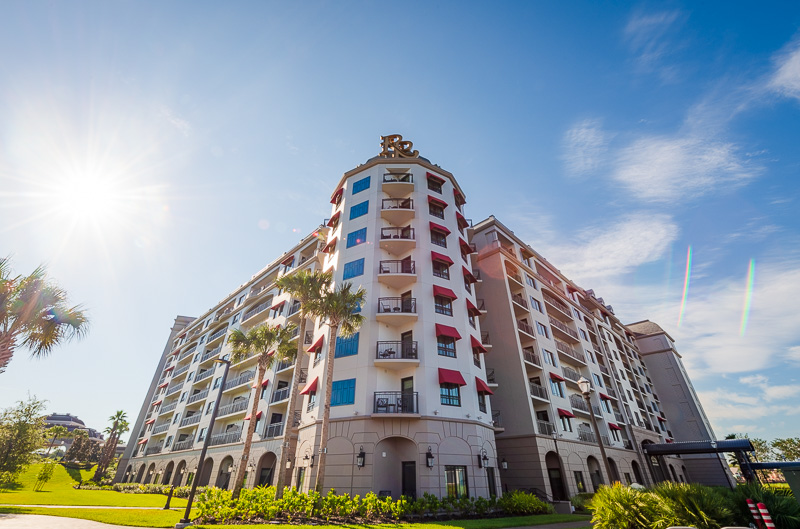 First, one thing we know is that the Walt Disney Company has raised roughly $20 billion in new debt offerings since the parks closed. Moreover, in Disney’s latest quarterly earnings call, the company revealed that profits were down 91% and the closure of the theme parks alone cost Disney $1 billion in lost revenue, with $30 million lost each day the parks remained closed. That was last quarter when the domestic parks had only been closed for a few weeks–the current quarter will be even more of a bloodbath.

Second, another thing we absolutely know is that Walt Disney World has been closed for the last several months, meaning that in-park Disney Vacation Club marketing and transactions ceased. Sales levels predictably bottomed out during the closure; per DVCNews, the combined total sales from April and May were less than the previous single-month low of the last decade.

Third, when Walt Disney World’s theme parks reopen on July 11 and 15, they will be doing so at 20-30% of normal capacity. They will also be disproportionately frequented by locals and Annual Passholders, as the majority of Walt Disney World resorts remain closed. None of these first three points are speculative; they’re objective realities. 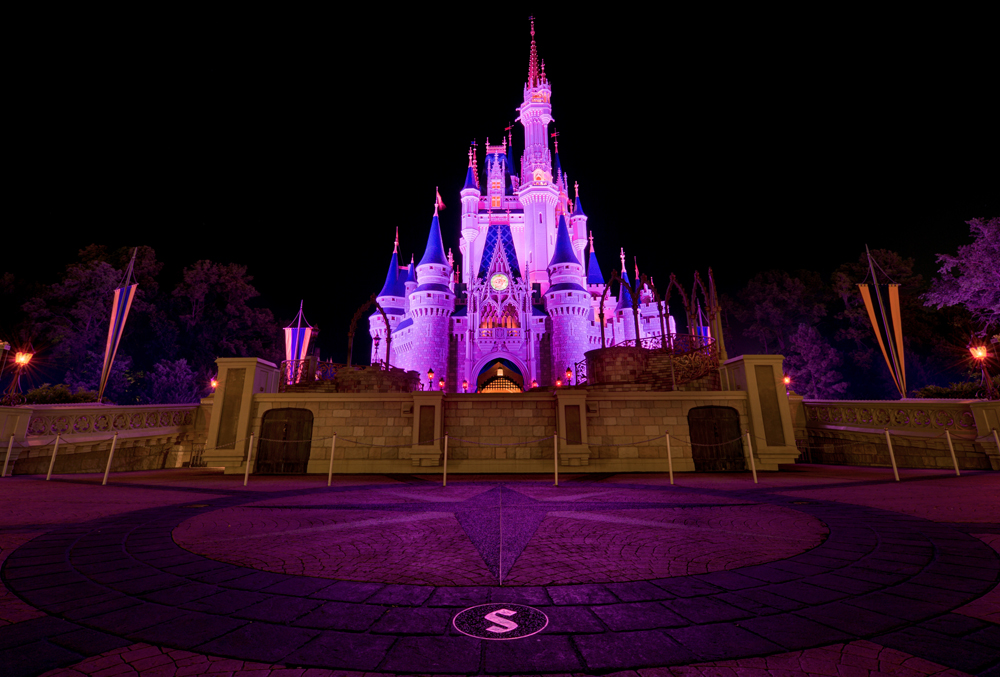 This means that when Walt Disney World’s theme parks do open and Disney Vacation Club presumably resumes in-park sales, they will be doing so with roughly 20-30% of the foot traffic and to an audience–predominantly Florida locals–that disproportionately is not interested in the product they’re pitching.

This is not to say no one will be buying. Diehard Disney tourists are an easier sell for DVC, and that group will also be present when the parks resume operations. Moreover, Disney Vacation Club members will be a large reopening demographic, and there’s likely some degree of pent-up demand for add-ons among this group. (Resale results for May partially bear this out–but could also be explained away by the fact that there was no competition via direct sales.) 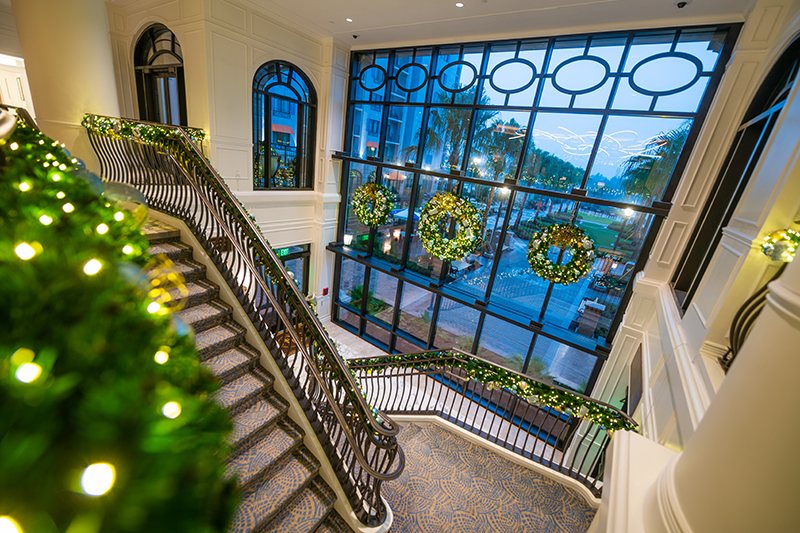 However, it’s hard to envision sales numbers for August through November 2020 being even remotely on par with their highs of last December through this February. There are fewer potential buyers, the ones that are in the parks aren’t the normal primed tourists, and there’s still considerable economic uncertainty (and that’s putting it charitably).

This brings us to the matter of market sentiment. Who is more motivated to act right now–the seller or buyers? Is the company that has been hemorrhaging cash and taking on billions in debt more eager to move points, or are the consumers who have been hit by the dual blows of an unprecedented health crisis and recession more eager to buy? (That’s rhetorical.) 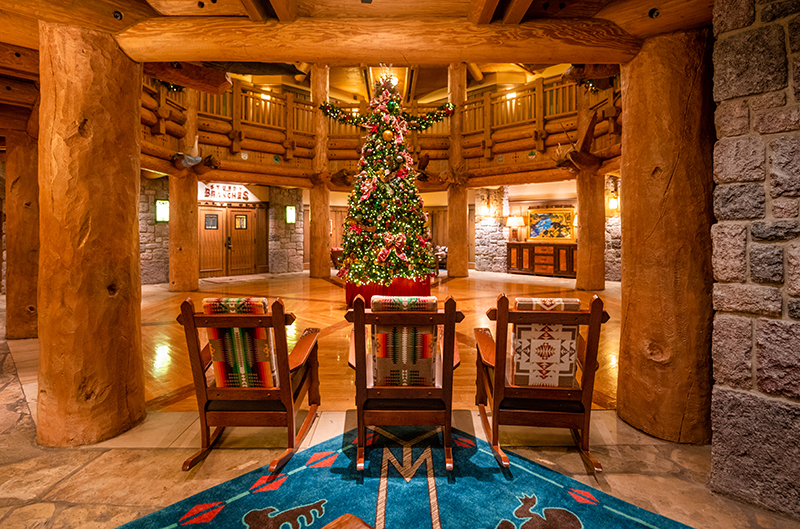 Economists are warning of a collapse of demand in the market, which is only beginning to hurt major segments of the economy that are experiencing plunging sales. The lagged effects of this demand shock could take months to be felt in full. During past recessions, consumers first reduce their expenditures on nonessentials and luxury goods.

As much as fans might view Walt Disney World as “essential,” timeshares fall squarely into this category. As an anecdotal point, we bought into Disney Vacation Club during the peak of the Great Recession, and that was the lowest price we’ve ever seen DVC. (Disney Vacation Club contracts expire, and should decline in value. Ours appreciated tremendously in the decade that followed.) 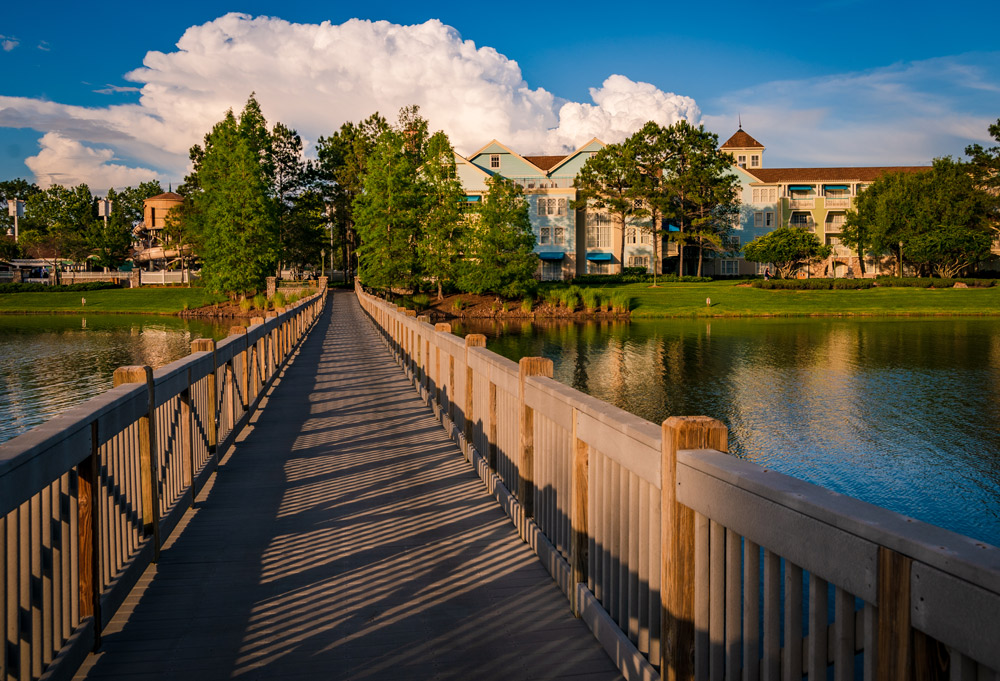 From a rational buyer’s perspective, there’s ample reason to hit the pause button on a new Disney Vacation Club purchase. The memory of the parks and resorts closing should still be fresh in mind for a few months or more.

Even if you think it’s highly unlikely that the parks and/or resorts will close again, you should at least be cognizant of the possibility that a second wave will cause subsequent closures. Some prospective purchasers will have near-term trepidations about buying a product they may not even have access to in the next year or so. 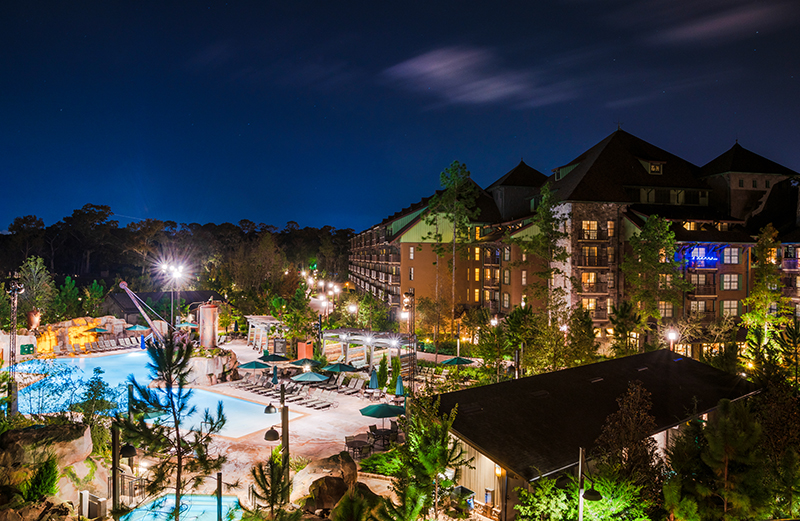 The possibility of subsequent closures is not the only way prospective Disney Vacation Club buyers might be denied access. In our Disney Vacation Club’s Point Pool Problem, we discuss how one ripple effect of the closure will be reduced room availability.

This very much remains an ongoing issue. Even now with the DVC resorts having reopened, fewer members are attempting to use points for June through September. This compounds the problem of points not being used during the closure, and means a disproportionate number of members will be trying to use their points for October and beyond–with “beyond” stretching through the entirety of 2021.

In other words, if you buy now, plan on booking at your home resort right at the 11 month mark, or maybe Saratoga Springs/Old Key West at the 7 month mark. Inside of 7 months, it’s going to be slim pickins’ at other properties in late 2020 and 2021. 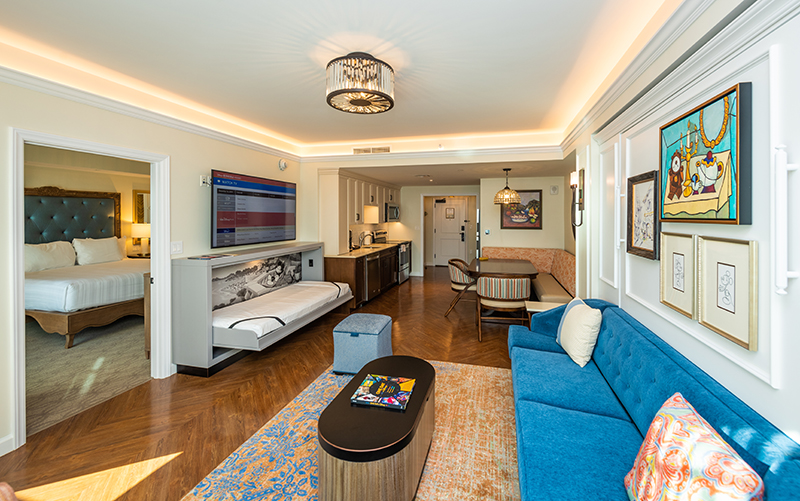 The good news is this is a near-term problem–and it’s one that Disney Vacation Club and Walt Disney World could still remedy. (To be sure, it would be in their best interests to come up with a solution, as the tidal wave of complaints that will hit in the next year will almost certainly impact sales.)

However, it’s a problem nonetheless and one that would give us great pause about buying in the near future. (Fearing this exact scenario, we’ve already made more bookings than normal for this summer and fall, knowing we’ll have more difficulty using points this Christmas and in 2021.)

Even with that in mind, we are interested in purchasing more Disney Vacation Club points, potentially late this year or early next if a buyer’s market emerges. Since we have zero interest in Disney’s Riviera Resort with the aforementioned restrictions, we’ll be looking to the resale market.

We hesitate to offer predictions on that front, but our expectations is that an increase in foreclosures and reduced use of RORF, plus owners forced to sell, will depress per point prices on the resale market–but time will tell. 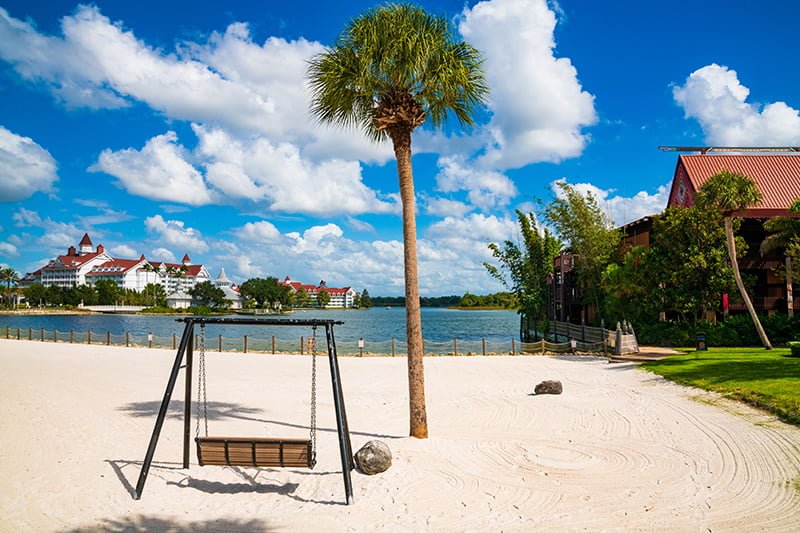 Ultimately, this is all to say that it’s unlikely we’ve seen the last–or best–of Disney Vacation Club’s discounts. There’s a desire to increase revenue after months of anemic sales, the ongoing financial woes of the Walt Disney Company, economic uncertainty, plus the lagging effects of a recession.

In totality, all of this presents considerable headwinds to Disney Vacation Club sales in the near future. Even if you don’t agree with every conclusion we’ve reached here, it’s unlikely you’ll dispute all or even most of them. And if you do, there’s still no harm in waiting until September 15, 2020 and either making a purchase then or holding off for better discounts if some of these predictions are already starting to come to fruition.

Do you plan on purchasing Disney Vacation Club points in the near future? Think this “Welcome Back Home to the Magic” deal is as good as it’ll get, or will you hold off for something better? Think DVC will offer more aggressive discounts to help offset months of virtually no sales? Any other reasons you would or would not purchase right now? Had trouble finding DVC availability for later this year? Do you agree or disagree with our assessment? If you’re an existing Member, what do you think? Share any questions, tips, or additional thoughts you have in the comments!

38 Responses to “DVC Deals…And Why You Should Wait”