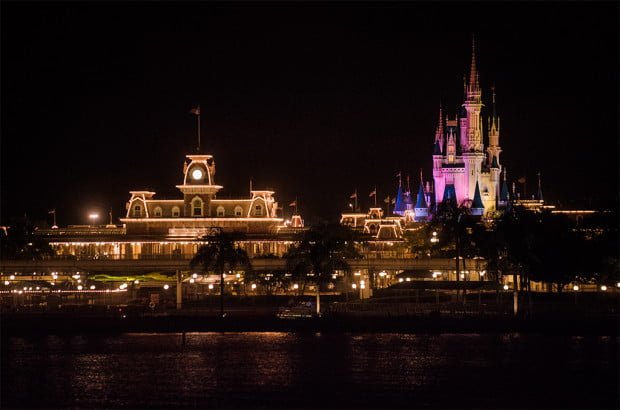 For this post taking an inside* look at current news and rumors at Walt Disney World, I wanted a post title that would be a nod to classic Walt Disney World programming. Unfortunately, all of the good names are taken, so I opted for Inside Out, which is not a nod to the upcoming Pixar film, but rather, to the in-room television loop from my childhood. If you have a few spare hours and want some 1990s goodness, watch some of the totally rad videos. *In reality, this is more an outside look than an inside one, but whatever.

I’ve said it before and I’ll say it again: covering news and rumors is not my thing. Dozens of other sites–many of which I regularly read–do it better and have locals on the ground to be on top of the latest happenings. However, I enjoy commenting on the news, and I’ve spent much of my time as a Disney fan on forums and social media grousing over various news, rumors, and construction. 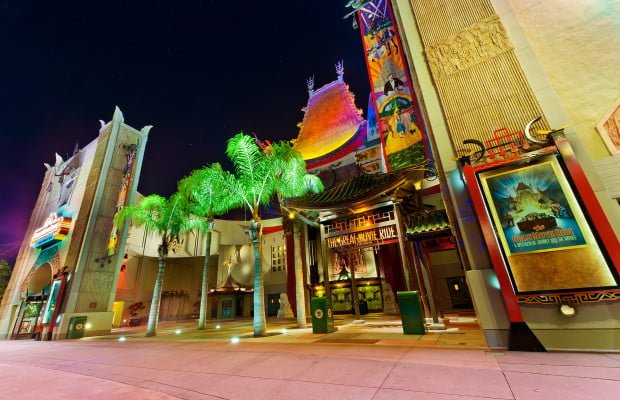 I really have no idea what is going on here. Rumors have been swirling like crazy concerning Star Wars Land, Pixar Land, and a potential name change to “Disney’s Hollywood Adventure.” About the only thing that is certain right now is that a lot of attractions have closed since the start of this fiscal year without any actual construction, meaning they closed to save on operational costs.

That’s not cool. It might make sense on a spreadsheet since (if?) they are about to incur significant construction costs, but the real world problem with that is the once in a lifetime guests visiting now are paying full price for attendance and experiencing an incomplete park–they won’t feel the benefit of those additions in a few years.

The (hopefully) good news for those of us who visit regularly is that all signs point to something being in store for Disney’s Hollywood Studios. This is a total guess, but I suspect after the new track is added to Toy Story Mania, the next addition will be an area akin to ‘a bug’s land’ at Disney California Adventure, albeit based on different Pixar properties.

Current rumors suggest a Toy Story Playland, which is an incredibly popular area in Hong Kong Disneyland and the Walt Disney Studios Park in Paris, but two of those attractions have height requirements, and more ride offerings for small children is what this park desperately needs (it’s part of the reason Toy Story Mania’s lines are so long–there aren’t enough other rides for families). I’m not wild about Toy Story Playland, but if the current expansion situation for DHS is that there’s a budget of $X and a mandate that Y new attractions are included in that budget, I will gladly accept several of those attractions being of the cheap variety so that more money can be devoted to a mega E-Ticket (or two). Assuming, of course, that is the actual situation. It would make sense: DHS needs to seriously up its attraction count, not just add a headliner or two.

Something like ‘a bug’s land’ could be built incredibly quickly, and would act as a stop-gap while a more elaborate land, which will take more time to construct, is built. All signs point to this land being Star Wars Land. There’s the possibility that this will be confirmed at the D23 Expo this summer, but I would not be surprised if the plans are not made public until after the release of Star Wars Episode 7, especially if the land incorporates plot-points from that movie. There’s also the possibility that plans aren’t even finalized for the land until Disney can gauge public reaction to Episode 7, which would push back the announcement even further.

Oh! The other big thing that happened at the Studios is the removal of the Sorcerer’s Hat. I‘ve written extensively how I feel about this, so I won’t beat a dead horse here. I am beyond excited to look down Hollywood Boulevard and see Grauman’s Chinese Theater. Now, I know not everyone agrees with me on this one, but I’m sure not everyone agreed with Newton regarding gravity, either. 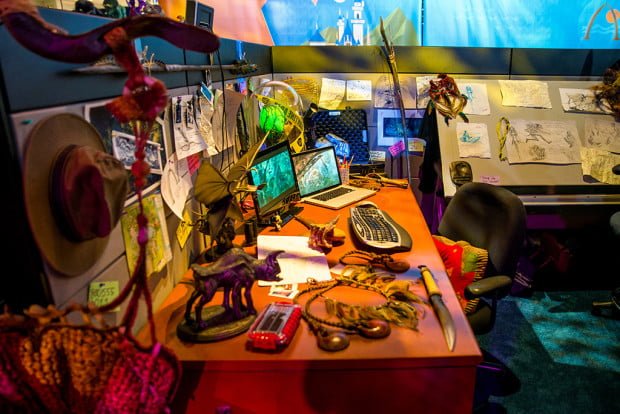 As a lifelong advocate of Smurf-Aliens, I’ve come out in, let’s call it ‘cautious optimism’ about the AVATAR Land expansion. In the Disney fan community where the sentiment towards this project has been resounding negative, cautious optimism is basically the equivalent of being super, positively hyped up about it.

I’ve already shared some of my opinions on AVATAR Land (I think this is unlikely to be the actual name…I’m betting on “World of Pandora” or something that separates it from the name of the film a bit), so I won’t rehash that here. Suffice to say, while I think Avatar is a poor fit for Animal Kingdom and I really wish a different project would have been chosen, I think Animal Kingdom needs a land based on mythical creatures (AND MOAR DINOSAURZ!!1!!) and also needs to become a park open after dark on a regular basis.

The Avatar expansion along with the Rivers of Light nighttime show directly addresses both of those major concerns. Recent art released by Disney shows the Avatar area being absolutely breathtaking, which is exactly what it needs to be. If this land is visually stunning (and I think it will be), no one will care if the source material has been forgotten or is itself thematically inappropriate, because the area itself will be thematically appropriate and worthy of attention.

As for the status of the project, it took Disney forever to get started here, with numerous issues and controversy being rumored as the causes, but it now seems that construction is going full steam ahead as the 2017 opening date for the Avatar area approaches. Equally interesting, to me at least, is how other areas of the park are subtly being changed, which I suspect is in anticipation of the park needing to be able to handle larger crowds in the future. Prime example of this is the retooling of Flame Tree BBQ’s seating area, and the Harambe Theater District and Africa Marketplace expansion in Africa.

While the Avatar area itself looks to only have 2 attractions, I think it plus the nighttime show, other minor entertainment additions, and later operating hours will cumulatively make a big impact in park attendance, making these expansions targeted at helping crowd flow and capacity necessary. 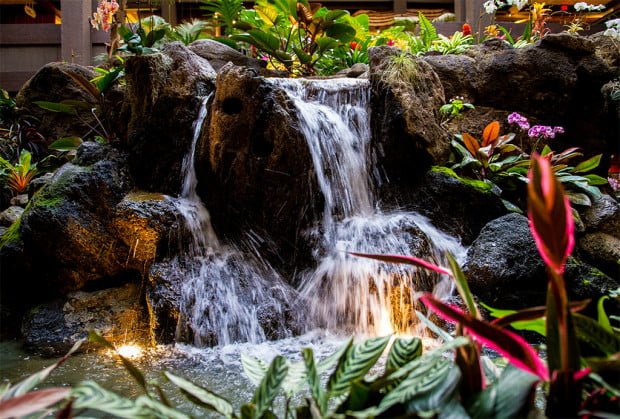 Most Disney fans are probably aware of the massive changes to the Poly, namely the addition of Disney Vacation Club, redesign of the Great Ceremonial House, and redo of the pool area. This is a really sensitive subject for a lot of people, and many are justifiably upset over the removal of the water feature in the lobby. I hesitate to comment on all of this sight-unseen, but I’m not quite as ‘up in arms’ about this as many others. Yes, I think it’s a shame the grand water feature was removed. That does sort of taint the whole project. With that said, that’s about the only thing that I think could conceivably be a disappointment about the project.

The Poly is priced as a luxury hotel, and up until this refurbishment, much of it felt like a vestige of the 1970s. This is great for Disney geeks like me who aren’t actually staying there, but enjoy seeing those elements of the ‘Vacation Kingdom of the World,’ but it’s not so great for actual guests.

Based on what I’ve seen of the refurbishment thus far, Disney has gone to great lengths to embrace tiki culture, making the Poly look less like a holdover from the 1970s and more like a modern hotel paying tribute to the prime of tiki culture in the 1950s.

For me, the jury is still out until I see the execution in person, but I’m looking forward to Trader Sam’s Grog Grotto (if it’s even half as good as the Trader Sam’s at Disneyland, it’ll be a great addition), the bungalows (overpriced, to be sure, but no one is forcing anyone to pay those prices, and I’m curious as to whether they add an aura of authenticity or detract from the shoreline), and other cosmetic changes around the resort. 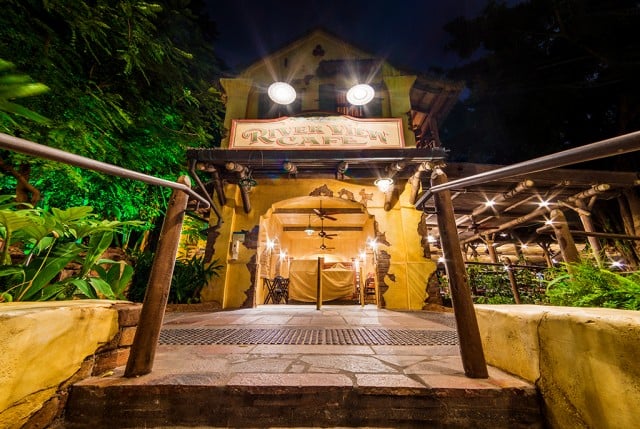 New Fantasyland was the “big deal” expansion for the Magic Kingdom, and it wrapped up last year. Given that and the state of the other 3 parks, I wouldn’t expect any huge additions to the Magic Kingdom in the next 5 years or longer. However, the Magic Kingdom has continued to quietly see minor improvements, namely in terms of show quality. I’m intrigued by the new Hub, but the most exciting project on the horizon is the rumored Jungle Cruise restaurant.

This project scratches me right where I itch, and I’m not even a big Jungle Cruise fan! First, and most importantly, it addresses the dearth of worthwhile dining options in the Magic Kingdom. Dining the Magic Kingdom has improved in recent years, but the difficulty of getting into Be Our Guest Restaurant should be indicative of a lingering problem. Second, it expands upon the story of the Jungle Cruise in an original way with a restaurant that is purported to be a “Skipper’s Cantina.”

As a fan primarily of theme parks rather than Disney animation (which I also like…just not as much as the parks), I enjoy when the parks are self-referential and weave together their own little universes, so to speak. This is why I’ve become a fan of S.E.A., why I loved the ‘Remember… Dreams Come True’ fireworks, and also why I’m looking forward to this restaurant. While I feel that Imagineering does go off the deep-end with contrived backstories on occasion, I also enjoy seeing the basic premise of certain attractions spill outside their borders and into other areas in ways that are engaging and feel organic.

I think this Jungle Cruise restaurant has the opportunity to be exactly that. Jungle Cruise is an attraction that is incredibly popular both with casual guests and serious fans, and it currently doesn’t have an overwrought backstory. Its basic motifs lend themselves to an interesting restaurant (even without the Jungle Cruise attached) and if the Imagineers make loose ties between the attraction and the restaurant without forcing things, it could be a fun restaurant for casual guests and a spot that rewards serious fans. Here’s hoping that’s what happens, and they do things in the style of Trader Sam’s rather than Rainforest Cafe. 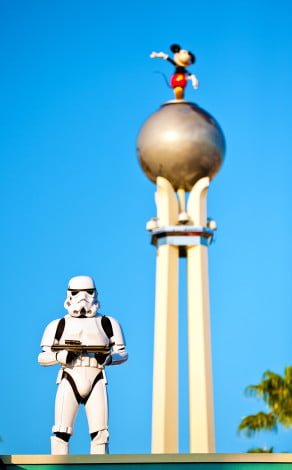 That covers it for the news and rumors that currently are of interest to me. This should by no means be viewed as a comprehensive list. There’s more going on, most notably Disney Springs, but I don’t care about that. As for other projects about which I do care, such as changes in Epcot and at Wilderness Lodge, I simply don’t know enough yet to say anything insightful.

I think it goes without saying that rumors are subject to change, but I want to add the caveat that I have absolutely no insider sources. The underlying stories here have all been gleaned from other sources, and my commentary thereon is based entirely upon my weak powers of deduction. I am not ‘in the know’, I simply spend way too much time on social media reading about this stuff.

Planning a Disney trip? Read our Walt Disney World Trip Planning Guide for comprehensive vacation advice, from saving money on park tickets to which attractions to do to the best hotels, and much more!

What do you think of these changes and rumors? What excites you the most? What are you not looking forward to? Share your thoughts in the comments!