For the “One More Disney Day” installments in this Disney trip report, visit its index.

The next day was really exciting for us, as we were finally visiting The Walt Disney Studios to tour the Walt Disney Archives! This is something we had wanted to do for some time, but The Walt Disney Studios is not open to the public, and unless you’re invited on, take a D23 tour, or take an Adventures by Disney tour (or perhaps some other private tour–those are the only public options of which I’m aware), you can’t visit. The D23 tours never seem to be offered when we’re visiting and Adventures by Disney is too rich for our blood. Of course, there’s “Option B,” which is basically jumping the fence and running from security. This was our original plan for the visit, but luckily, a friend invited us to visit. That’s probably for the best, as neither of us really wanted to go to jail in California. (Okay, so maybe I did…but only because I wanted to improve my “street cred.”)

We had a bit of time before leaving for Burbank, so we decided to head to Disneyland for a couple hours to do some Fantasyland attractions. We arrived at the park 20 minutes before opening on a Magic Mornings day. 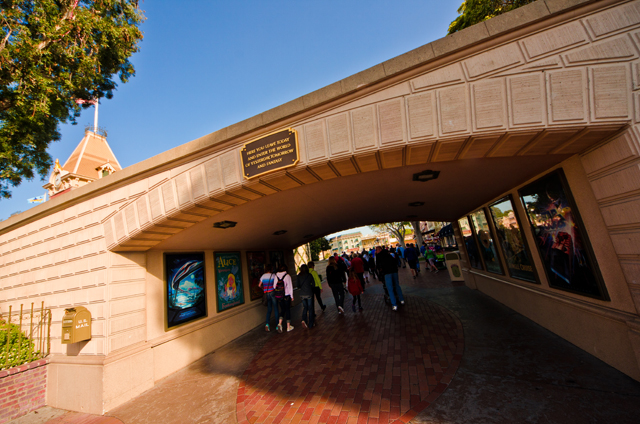 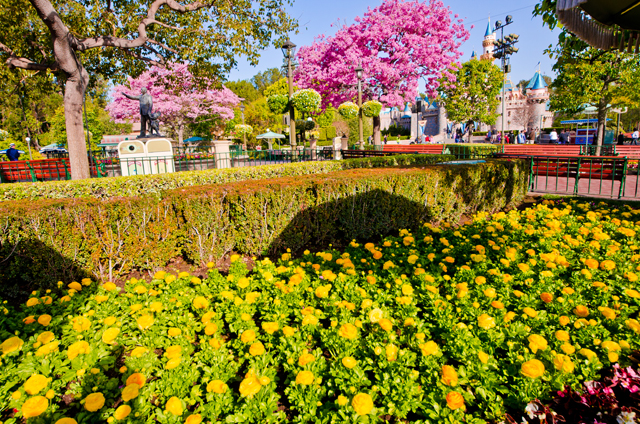 As has become “tradition” (I use air-quotes around tradition because it’s a tradition that I don’t want to acknowledge and one I don’t like), we first stopped on Main Street so that Sarah could get a Matterhorn Macaroon. Jolly Holiday Bakery is now the main source for these (apparently) addictive little cake-mountains, so we headed there.

I was a bit surprised that they let us go to Jolly Holiday Bakery (rope drop used to be at the end of the Main Street buildings, but on this morning each land was roped off, Magic Kingdom style) before official park opening, but I wasn’t complaining! 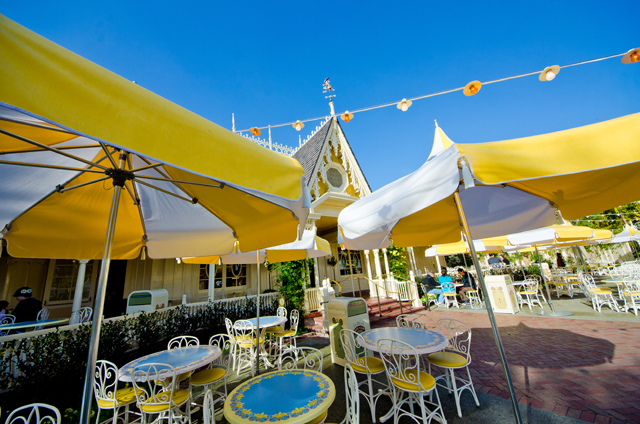 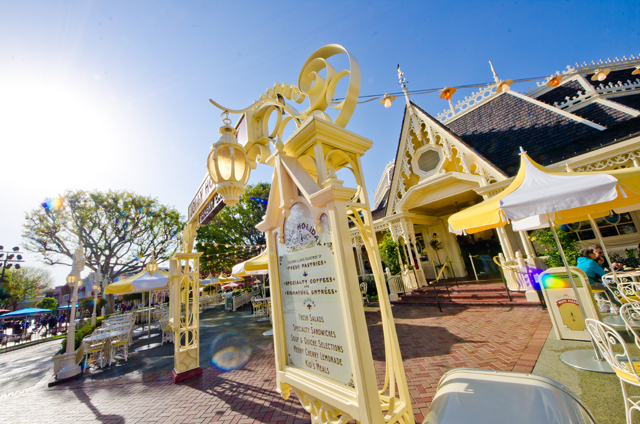 Luckily, they have other items on the menu besides the Matterhorn Macaroon. I spotted these two cupcakes that were special for Bayou Bash weekends, and of course we had to get one of each. For the sake of research. 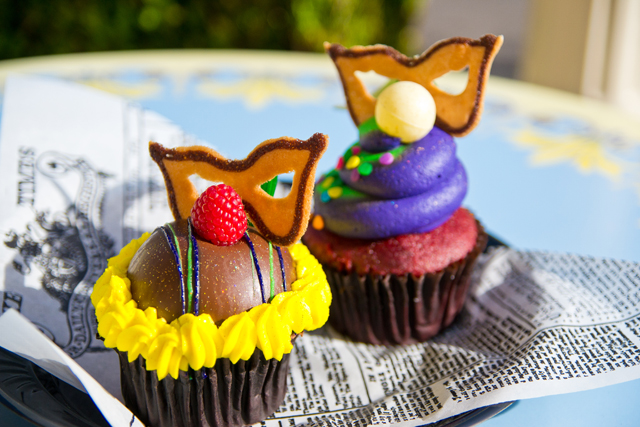 The cupcakes were delicious and, as you can see, the presentation on them was exceptional. They were so beautiful that I almost didn’t want to eat them. Almost. The one on the left is a chocolate cupcake with raspberry filling and a huge layer of thick chocolate frosting (I’m sure there’s a specific name for this stuff, but I don’t know it) on top. The one on the right is a red velvet cupcake, topped with green and purple whipped cream cheese frosting. There’s really no point in fixating on how excellent these were, because they’re no longer available, so my “recommendation” doesn’t really benefit anyone.

That said…Cyborgs of the Future: if you’re reading this (congrats on learning to read) and you have time machines…and you happen to use said time machines to go back in time to Disneyland in March 2012 instead of to kill John Connor, make sure to pick up both of these cupcakes. 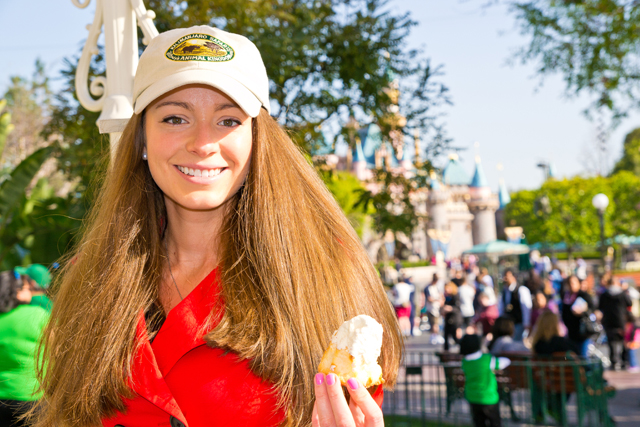 Sarah really wanted me to get a photo of her with the Matterhorn Macaroon. (You might think I’m exaggerating about her love of the Macaroon, but I’m not. She’s already talking about “going for a new MATTERHORN MACAROON world record” on our June 2012 trip.) 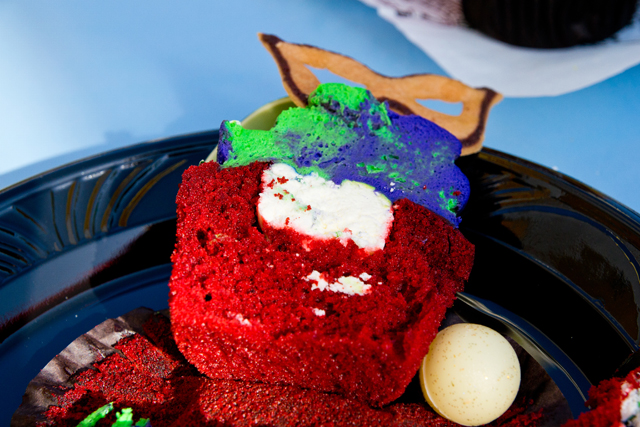 After our “breakfast” stop, it was off to Fantasyland. My plan was to do Casey Jr., the Storybook Land Canal Boats, and then all of the dark rides before heading to The Walt Disney Studios. Unfortunately, the best laid plans of mice and men often go awry… 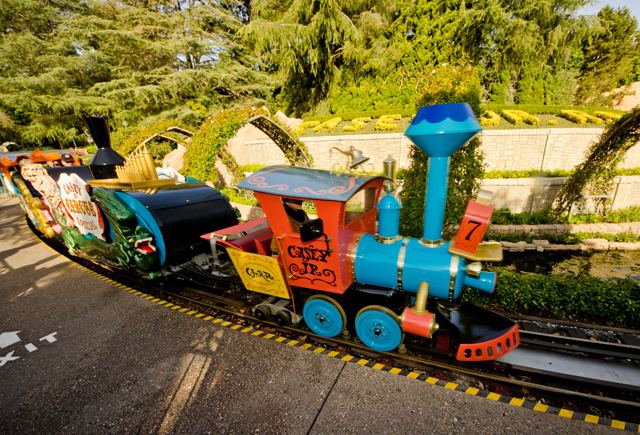 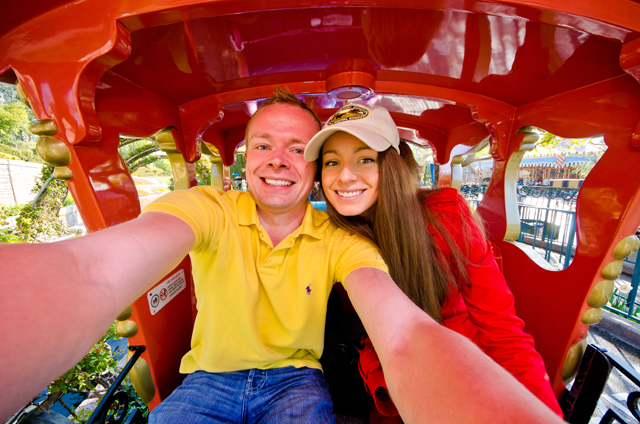 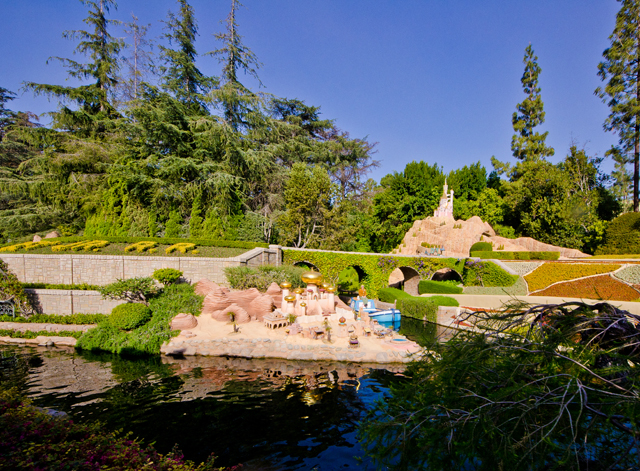 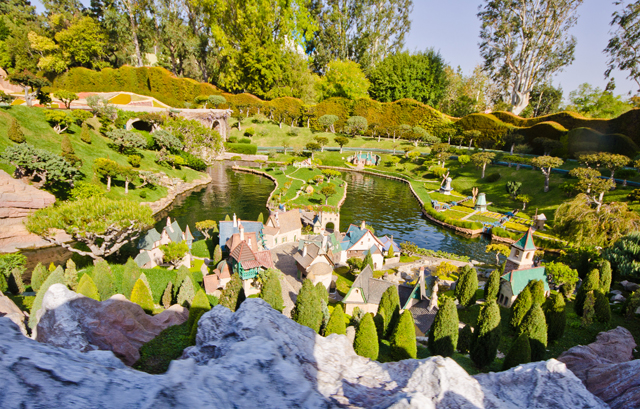 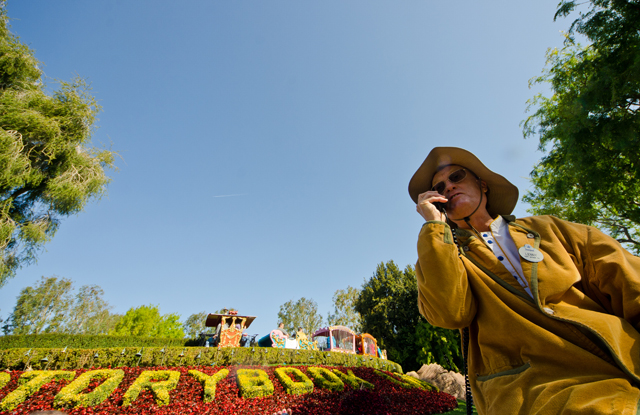 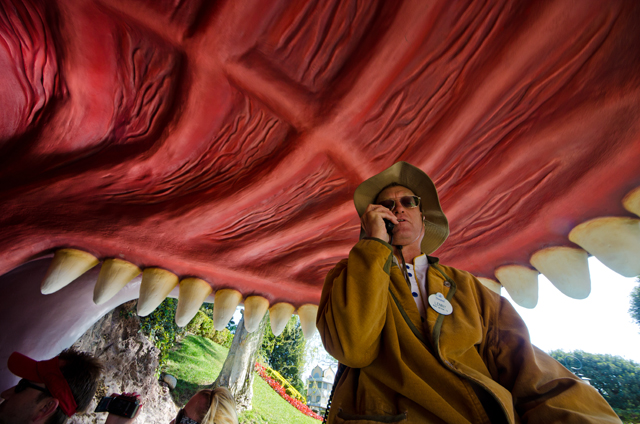 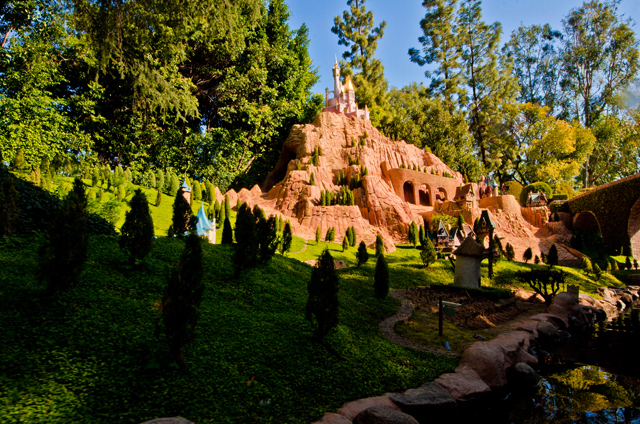 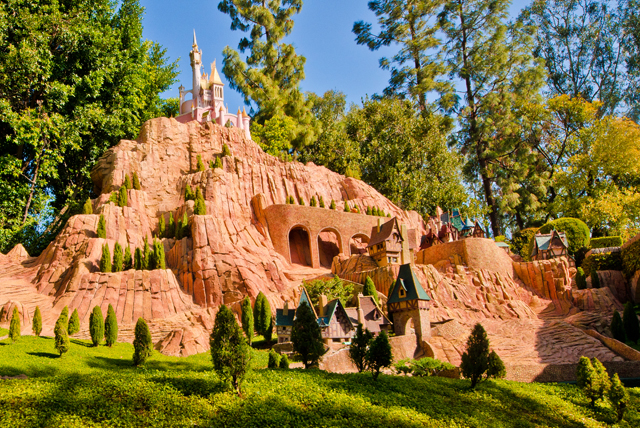 I say this because after we got off the Storybook Land Canal Boats, Sarah again saw the Modern Family crew getting ready for a shot. They must have started to set up while we were on the boats, because they weren’t there when we got in line, and when we got out of line, Storybook Land was closed, and a crew was there. Those guys move FAST! 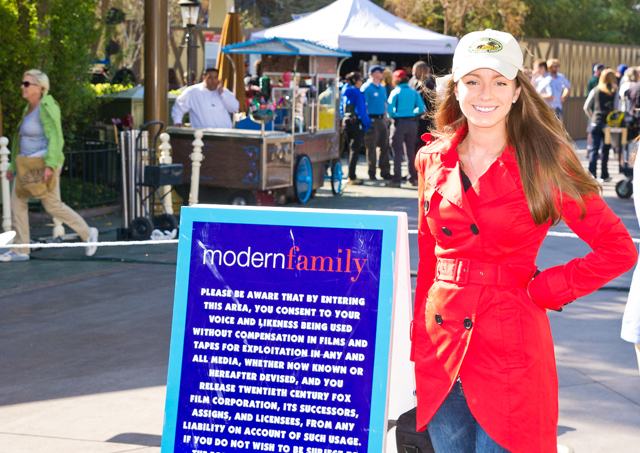 Of course, Modern Family in the area meant that we had to stand around for a while and watch. I got bored of this rather quickly (especially after the previous two days) so I wandered off to Tomorrowland to get FastPasses for Space Mountain. 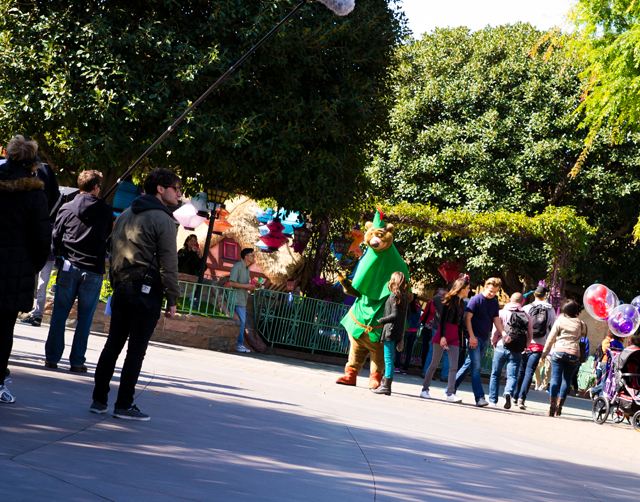 When I returned, I saw this. My mind was focusing on the fact that they’d bring out two very rare characters for the show. It just seemed odd. The eventual firestorm of controversy that surrounded this scene in the Disney fan community didn’t even cross my mind. I guess I’m not in tune with the “important issues.”

The Cast Members around on this particular day, again, were very inconsistent with the rules. We heard others get reprimanded for taking photos a couple of times, but one Cast Member didn’t seem to care, so we’d wait for this to be his zone to watch, then snap a few photos. Very clandestine, right?

By the time this scene wrapped up, it was almost time for us to go get our rental car to head to Burbank. We rented from the Downtown Disney Alamo, but neither of us had ever seen this location, so we wanted to leave a bit early to give ourselves time to find it.

Luckily, we found it pretty quickly. My next concern was driving through Los Angeles. The person at the Alamo counter did little to put these fears to rest, telling us that traffic is normally “pretty bad” in the area we’d be headed. The worst traffic I’ve ever encountered prior to this was in Chicago, and I was fairly certain that L.A. traffic made Chicago traffic look like traffic in a quaint Midwestern town…

There are four pages in this Disneyland trip report installment. Navigate to the next page below!