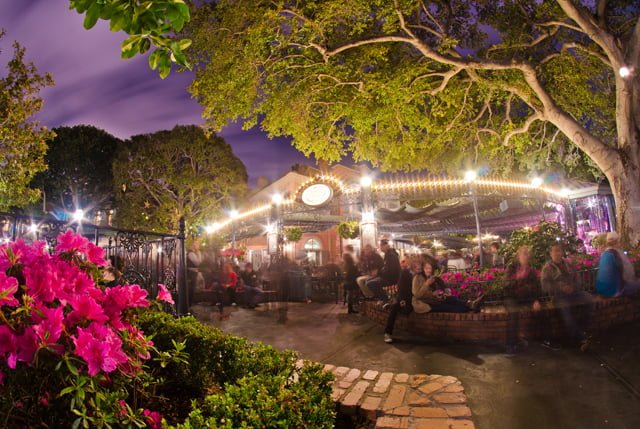 French Market is quite possibly the best counter service restaurant in Disneyland–if not the best, one of the best. It’s located in New Orleans Square, which is unquestionably the best land in Disneyland. Best restaurant in the best land? Now that’s a double threat! Like the rest of New Orleans Square, French Market captures the ambiance of the real New Orleans perfectly. It reminds me a lot of Cafe Du Monde and the area around it, except without the huge lines, throngs of malnourished horses being exploited by carriage drivers who don’t know how to take care of them, and lingering stench.

Actually, its striking resemblance to Cafe Du Monde–which I found to be a miserable tourist trap–is probably why it took us so long to experience French Market. Luckily, all of New Orleans Square is an idealized version of New Orleans so the unpleasant aspects of the real New Orleans have been vanquished. This includes French Market, which doesn’t generally have huge lines (except on “One More Disney Day” when the line was ridiculous!), has no horses nearby, and smells lovely thanks to plenty of flowers in the area. 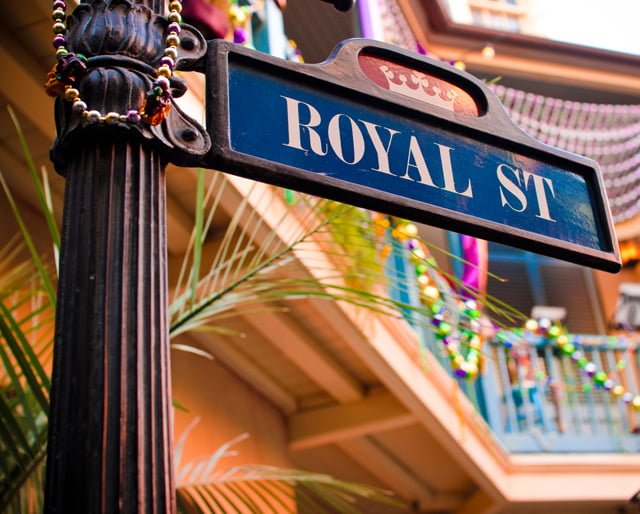 The ambiance at French Market is pretty impressive. While it’s not nearly as quiet and tranquil as another favorite of ours, Hungry Bear Restaurant, it does offer a relaxing ambiance. The highlight of that ambiance is in the The Royal Street Bachelors, a 3-piece band that performs in the French Market open-air seating area on stage throughout the day. When the Royal Street Bachelors aren’t performing, guests can hear the sounds of the passing Disneyland Railroad trains and see the Mark Twain and Davy Crockett canoes pass in the distance on the Rivers of America. 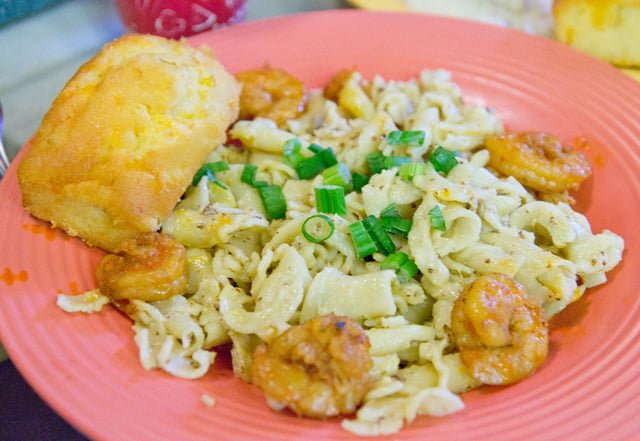 As far as cuisine goes, French Market has a variety of entrees, and its menu keeps expanding! We dined there for the first time during “One More Disney Day” and we each had a couple of unique items exclusive to that menu. That same night, we returned for French Dip sandwiches, also unique to the “One More Disney Day” menu. A couple days later on that same trip, we returned once more, for items unique to the Bayou Bash Mardi Gras menu. Can you spot a trend here…? 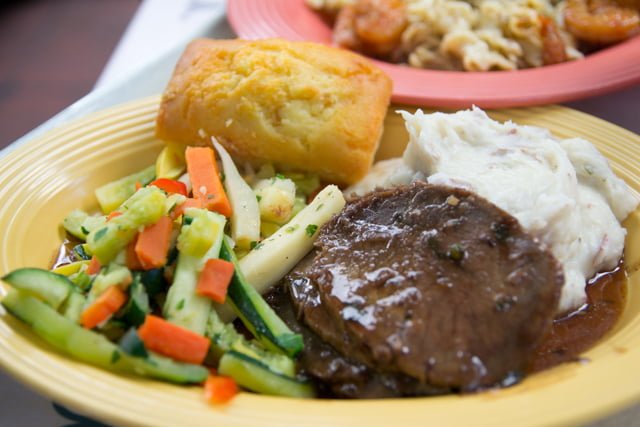 Luckily, a few of these items have since made it onto the permanent French Market menu, which has received several tweaks in recent months and has expanded to include a number of new (and old) favorites in becoming the latest Disneyland restaurant to receive a new, more diverse menu. Disney recently shared the work done to French Market’s menu, and it looks spectacular. 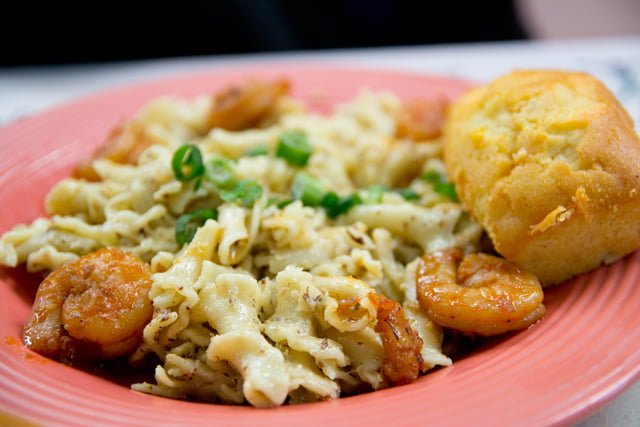 Everything we’ve had at French Market has been exceptional, albeit a touch overpriced, even by Disney standards. This is partially, we suspect, due to us ordering “special” items that Disney priced at a premium. When reviewing “normal” menu items, it appears that they aren’t out of line with prices at other higher end counter service restaurants, like The Plaza Inn (stream of consciousness edit: French Market definitely isn’t as good as Plaza Inn, so it’s not the best Disneyland counter service). 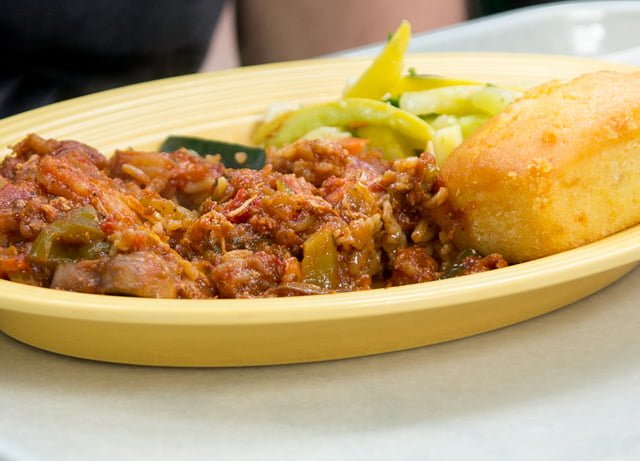 I wouldn’t describe French Market’s menu as adventurous (I suppose there are a few slightly adventurous items on it), but it doesn’t contain a lot of theme park staples, like burgers, hot dogs, and pizza. We find this refreshing, but if you have kids who are picky eaters, French Market may not be a good choice for you. 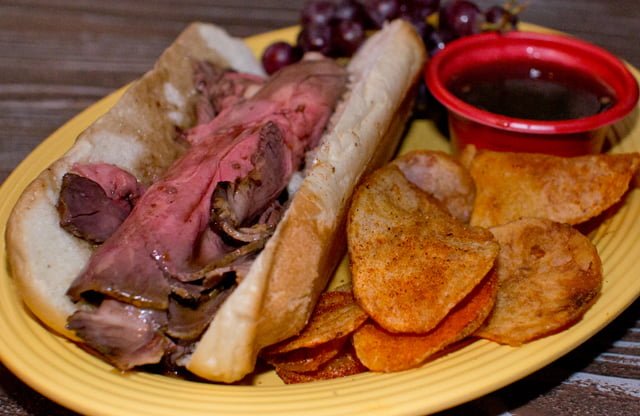 Since most of the specific dishes we have enjoyed at French Market are not presently available, there’s little point in taunting you by describing them in detail. Instead, I’ll let you drool over the photos: 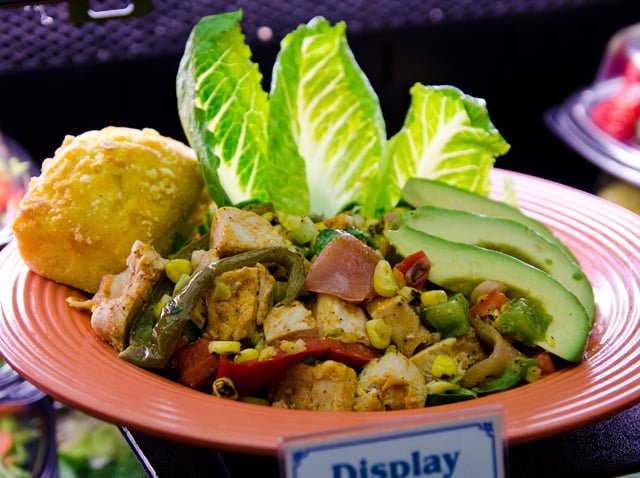 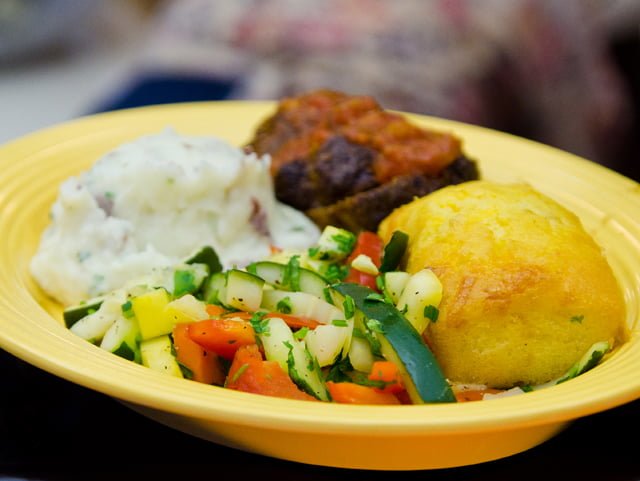 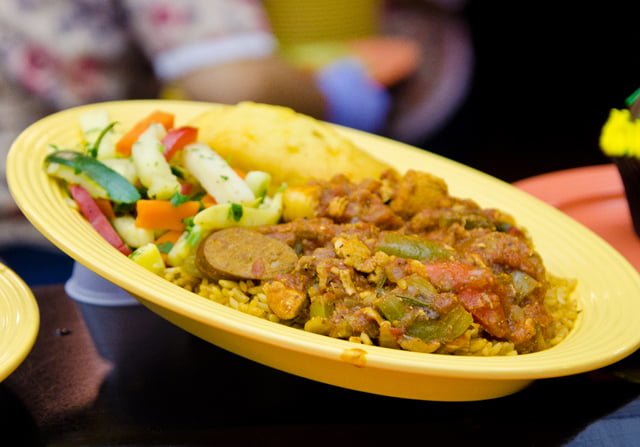 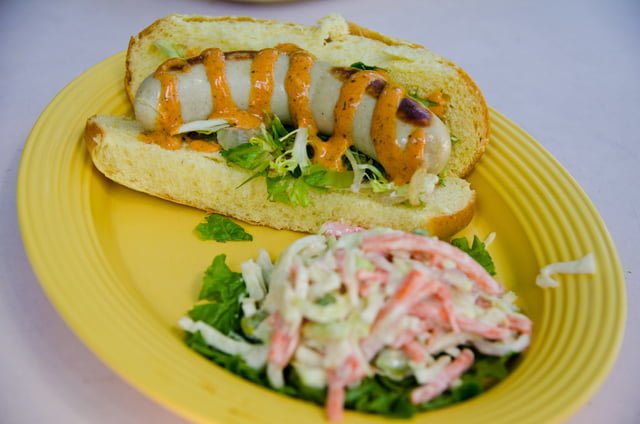 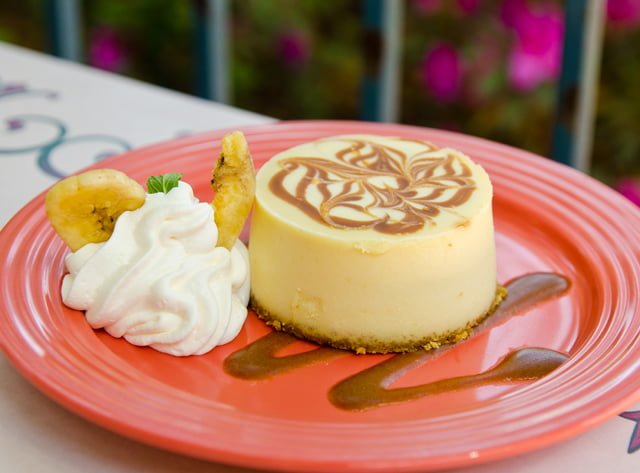 The clear highlight for me has been the French Dip sandwich, which was one of the best French Dip sandwiches I’ve ever had. It was easily better than anything else I’ve ever eaten at French Market. The meat was tender, moist, and flavorful, and the dip helped make the sandwich melt in my mouth. The house chips that came with it were similarly amazing, with their Cajun seasoning, which really differentiated them from normal homemade chips that are all the rage right now. The Bananas Foster cheesecake was also a highlight, and it was so good that I had two of them; it was decadent and managed to capture the flavor of Bananas Foster perfectly. Finally, the French-style chicken-pork sausage sandwich with homemade apple-carrot slaw; it was way overpriced at $15 for what it was, but it was incredibly delicious. 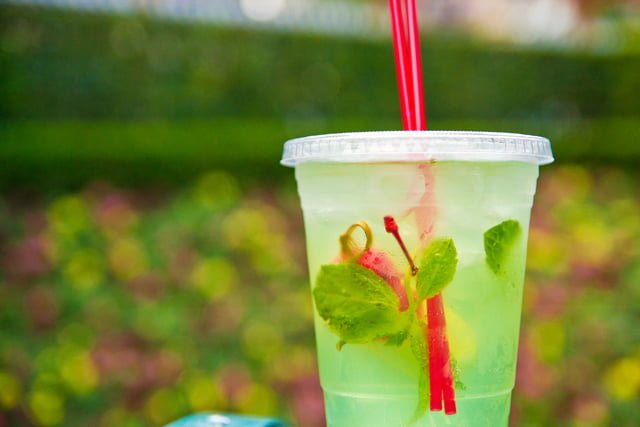 Of course, we’d be remiss if we reviewed French Market without mentioning the famous Mint Julep. Sorry, fans of this drink, but I don’t think it’s so great. It doesn’t have a whole lot of flavor, and is expensive for lightly flavored sugar water. (The real thing upstairs at Club 33 is infinitely better.) You might like it, so ask if you can taste a sample when you’re ordering at French Market to determine whether it’s for you.

Overall, while French Market may not be the #1 counter service in all of Disneyland, it comes close to the top spot thanks to an interesting menu that single-handedly refutes stereotypes about theme park food. It’s a great place to sit back, enjoy some great (albeit slightly overpriced) food, listen to the band, and hear the music play. It may not appeal to all guests, but the menu has enough variety that it should satisfy just about anyone who isn’t an ultra-picky eater. For us, French Market is one of the best places to relax in all of Disneyland, with food that really impresses.

To read other Disneyland restaurant reviews, organized by location, check out our Disney Dining Reviews Index.

Are you a fan of French Market? What’s your favorite dish here? Please share your thoughts in the comments!