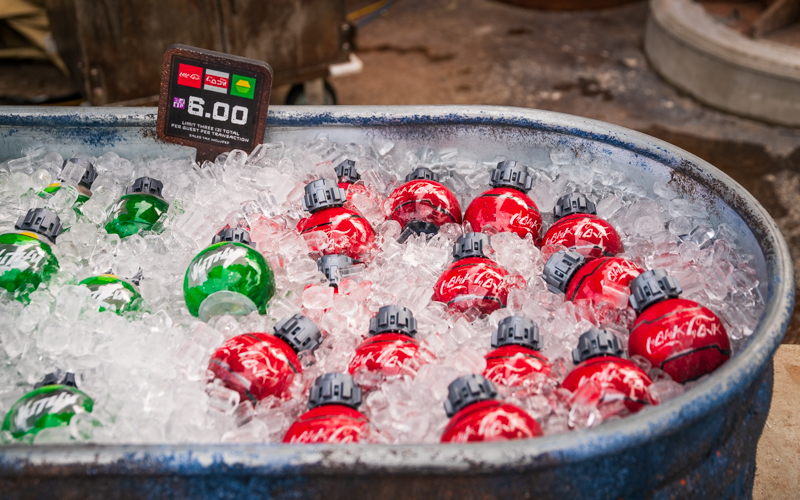 Star Wars: Galaxy’s Edge restaurants and dining spots in Hollywood Studios at Walt Disney World now accept the Disney Dining Plan! This is good news and a surprising development after online menus have indicated “Dining Plans Not Accepted.” In this post, we’ll give a rundown of what we know so far, and offer some recommendations for maximizing your credits in Star Wars Land.

After spending the morning in Walt Disney World’s version of Star Wars: Galaxy’s Edge (or “East Batuu” as it’s being called) during the first day of Annual Passholders, this is my big takeaway. In actuality, my main observations all revolve around layout differences, color scheme changes, and the logistics in operating in Florida as compared to California.

However, I’m still exhausted after only getting a couple hours of sleep between last night’s Mickey’s Not So Scary Halloween Party and this morning’s Star Wars Land preview–so I’ll spare you what could devolve into incomprehensible ramblings on that front. Instead, we’ll take a look at a more straight-forward topic: which Star Wars: Galaxy’s Edge restaurants accept the Disney Dining Plan…

I haven’t seen this mentioned anywhere else, so my apologies if it’s already been covered and is “common knowledge” that the Disney Dining Plan will be accepted in Star Wars: Galaxy’s Edge. (A quick Google search suggests that’s not the case.) 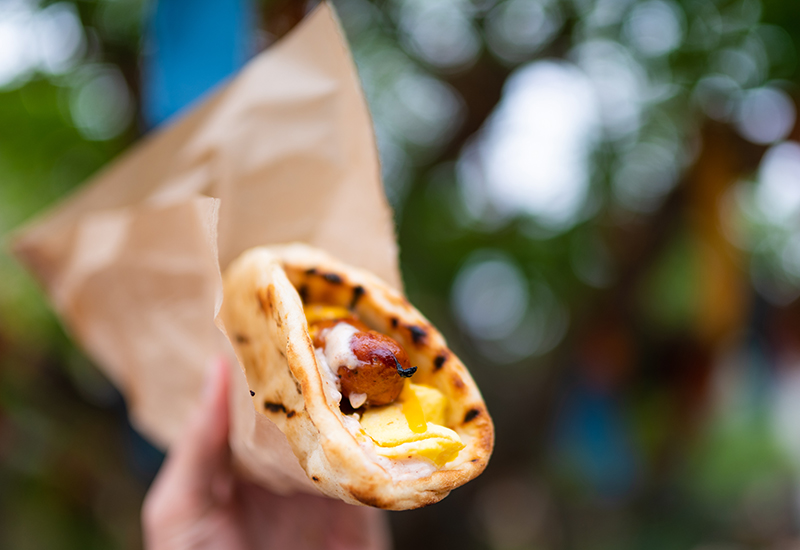 That didn’t really come as a surprise. It’s not altogether uncommon for new restaurants to not accept discounts or the Dining Plan immediately. Walt Disney World claims that it “takes time to get new locations added” but we suspect the real motivation is the reality that Disney fans will flock to anything new, and the lack of a discount or Dining Plan eligibility won’t deter them.

With predictions and fears that Star Wars: Galaxy’s Edge would see colossal crowds upon opening at Walt Disney World, it seemed logical that its dining spots wouldn’t accept the Disney Dining Plan. Diehard fans would pay out of pocket anyway, and not accepting the DDP would function as a form of crowd control during Free Dining season, encouraging those guests to dine at less busy locations. 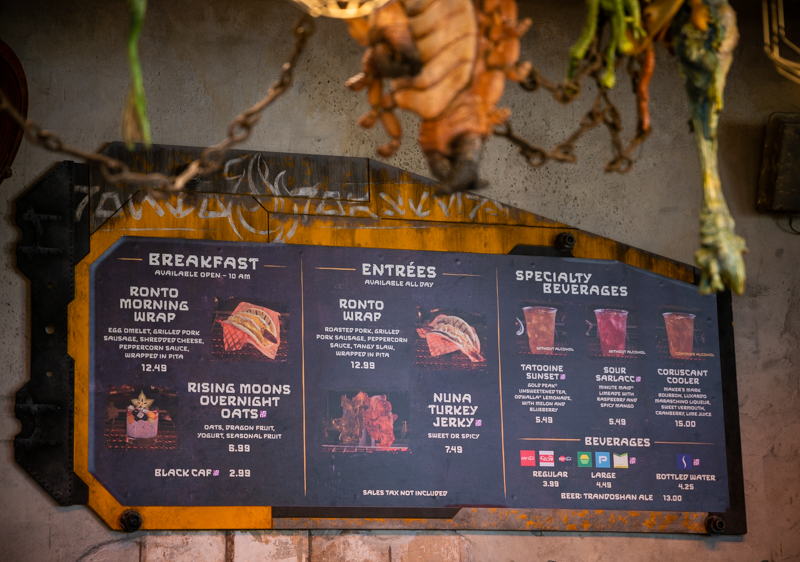 My assumption has been that Walt Disney World would wait until next year, pretending Star Wars: Galaxy’s Edge didn’t exist (for DDP purposes) until January 2020. That’d make sense in terms of crowd control, initial hype, and Free Dining perspectives. 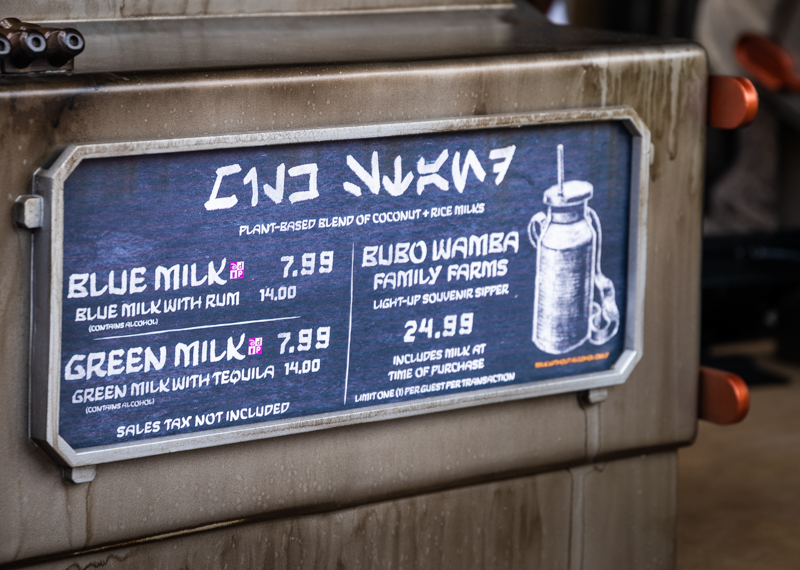 Pretty much everything in Star Wars: Galaxy’s Edge that you’d think of as a snack is considered one on the Disney Dining Plan. The big things are the Green and Blue Milk, which we reviewed last week here.

Given the $8 price tag, these are definitely a good use of a snack credit. Unless you have credits to spare, we’d still recommend that you start by sharing to see if these appeal to your group’s palates. 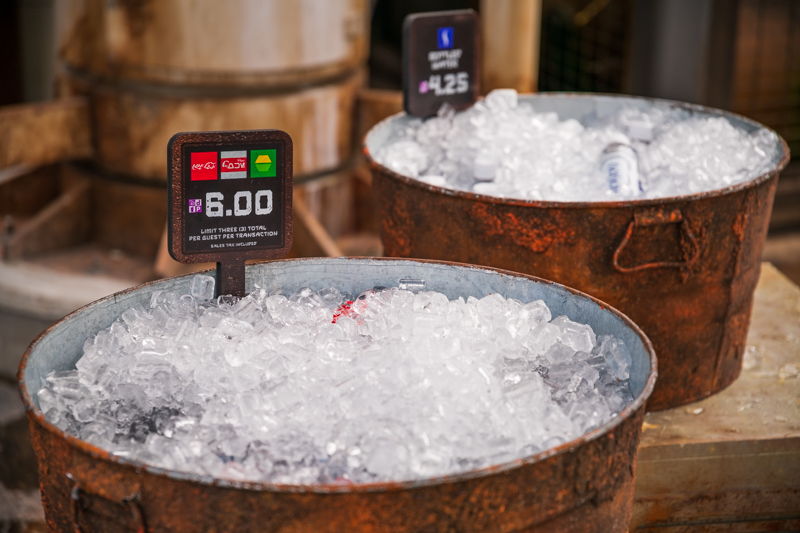 The novelty bottles of Coca-Cola products are another good use of a Disney Dining Plan snack credit, if you’re going simply by their out of pocket cost.

It is worth noting here that these are simply (smaller) bottles of Coke packaged differently. Fun for photos, but no different from the larger Cokes that cost less all around Walt Disney World. Definitely not “worth” $6 in the first place unless you’re a collector. 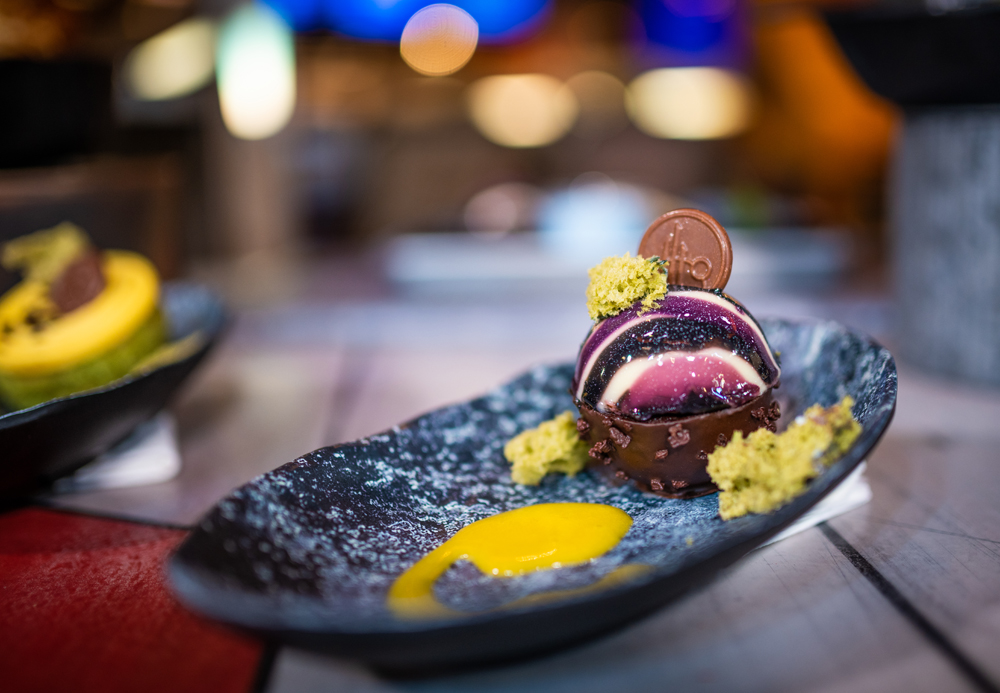 The desserts at Star Wars Land’s main counter service restaurant also count as a snack credit. As we said in our full review of Docking Bay 7 Food & Cargo, we love these. 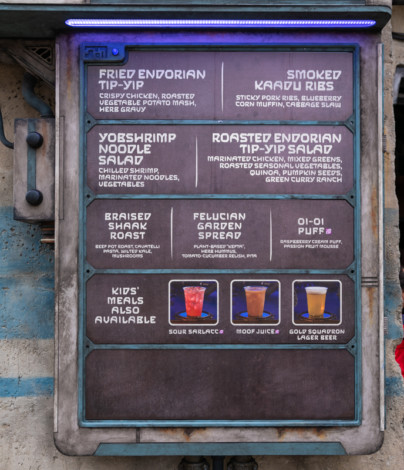 While it’s great that all of these items will be available for snack credits, the biggest news is that both Ronto Roasters and Docking Bay 7 Food & Cargo are on the Disney Dining Plan as counter service restaurants. Probably.

I want to really stress that probably here. I spoke with multiple Cast Members in Star Wars: Galaxy’s Edge, and this was the answer I kept receiving. Since this is day one of an Annual Passholder preview (read: a demo not frequently using the Disney Dining Plan), I’m guessing it’s not a common question right now. 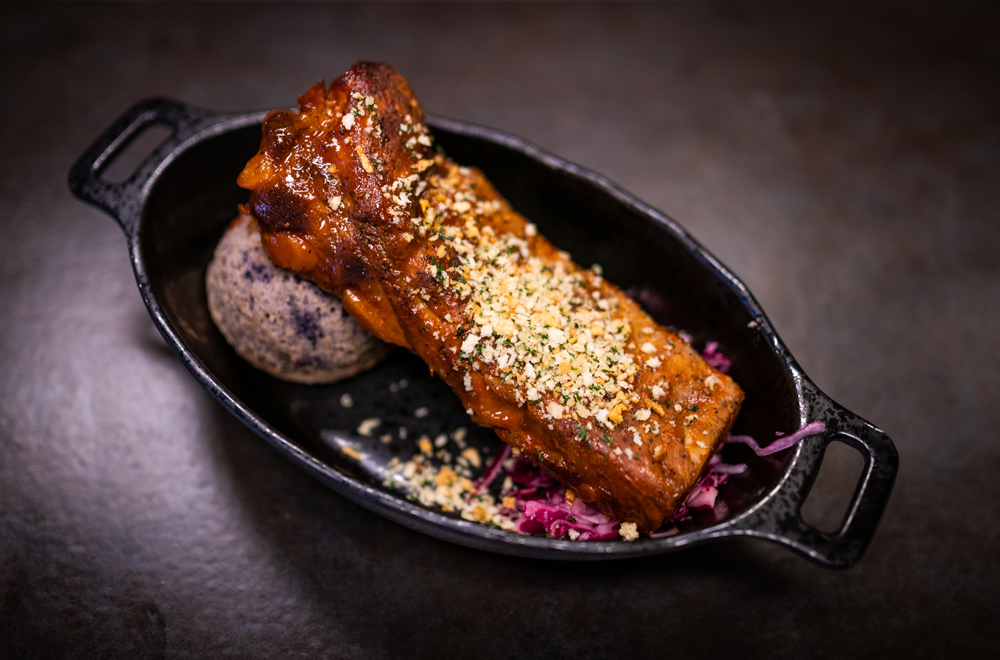 Unfortunately, I don’t have the Disney Dining Plan to put this to the test. I have no reason to doubt that these restaurants accept the Disney Dining Plan given Cast Members said they do, but since I can’t confirm with a firsthand order and it’s not officially written anywhere, I still want to treat this as “rumor” at this point.

Assuming this unconfirmed info is accurate, Docking Bay 7 also instantly becomes one of the top uses of a counter service credit at Walt Disney World. The Smoked Kaadu Ribs and Braised Shaak Roast will be your top picks here.

Overall, this may not be the hot off the presses news or first impressions from Star Wars: Galaxy’s Edge for which you were hoping, but we think this is a moderately big deal for those planning trips to Walt Disney World. We know a lot of you are taking advantage of one of the three waves of 2019 Free Dining, and this puts into play a bunch of dining options in the year’s biggest addition. That’s probably more interesting and relevant to you than color scheme differences and the other assorted geekery I’ll inevitably write about once I’m a little less tired.

Is Star Wars: Galaxy’s Edge accepting the Disney Dining Plan big news for you? Will you add Docking Bay 7 to your itinerary now? If you’ve attended an Annual Passholder preview and used the Disney Dining Plan on a counter service meal in Star Wars Land, please let us know! Hearing your feedback–even when you disagree with us–is both interesting to us and helpful to other readers, so please share your thoughts below in the comments!