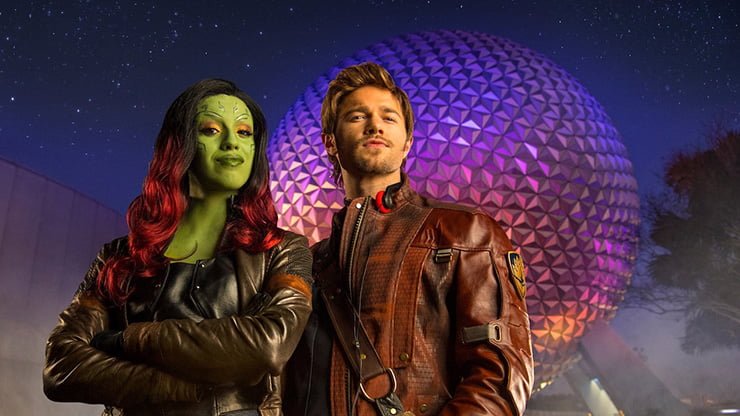 Summer 2018 is the calm before the storm at Walt Disney World in terms of new attractions and entertainment. Sure, there’s Toy Story Land, and new shows coming to Magic Kingdom, Animal Kingdom, and Epcot. However, nothing on the scale of next year’s opening of Star Wars: Galaxy’s Edge, or even last year’s debut of Pandora – World of Avatar.

This year, the big promotional push is “Incredible Summer,” which is a name tie-in with the upcoming Incredibles 2, which is the Pixar tentpole release. I wasn’t even planning on previewing the Incredible Summer as its key components don’t really interest me, and I also don’t want to overhype things that I anticipate being fairly small-scale.

However, after watching the Magic Kingdom Sunrise Live Stream, I’m now pretty hyped about our summer visit to Walt Disney World…and this seems like a good outlet for some of that hype. By the way, if you’re a sucker for atmospheric ‘yule log’ style videos like I am, you should totally watch the replay of that live stream. Put it on in the background while you work, make dinner tonight, etc–guaranteed to improve your mood!

Anyway, for this post I’ve gathered the new offerings of Incredible Summer to share with you, along with our commentary for each piece of new entertainment (save for Toy Story Land, which we’ve covered sufficiently elsewhere). We’ll share what expect from the new summer offerings at Walt Disney World, as well as what my be next on the horizon for 2019 and beyond… 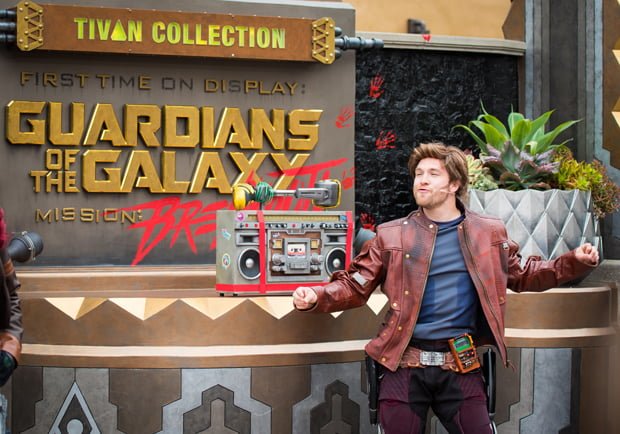 Guardians of the Galaxy — Awesome Mix Live! – Star-Lord and Gamora from Guardians of the Galaxy will take guests on a musical journey through the cosmos this concert series. Performances will feature music from the soundtracks to both movies, and will be held at the America Gardens Theatre in Epcot’s World Showcase five times per day from June 9 until August 19, 2018.

My Thoughts: You know how there are some things that occur at Walt Disney World that, with the benefit of hindsight, seem so goofy? We have an entire “Weird Epcot” post, which highlights such gems as Barbie’s Birthday Party, Daredevil Circus, Carnivale, and more. The late 80s and 90s were a crazy time!

You might thus be inclined to shrug at Guardians of the Galaxy – Awesome Mix Live, thinking in a decade we’ll look back and say, “the twenty-tens were a crazy time!” I doubt it. Yeah, it’s pretty odd (and sorta cool) that a movie about a talking raccoon, tree, and band of misfits has found an audience…but this is not just some cult classic. It was a box office smash. As for their presence in Epcot, this is not entertainment born of a crazy time; it’s the new normal.

Guardians of the Galaxy won’t just make a temporary, one-and-done appearance in Epcot. They have a permanent attraction on the way. Once this concert debuts, I expect people will claim that it “works” in World Showcase because the music is a lot like the other summer concert series that have been performed at America Gardens Theatre. I think this requires glossing over the presence of the Marvel characters, who are decidedly out of place in World Showcase.

Then again, it seems to me Epcot has largely lost its soul over the last two decades as people willingly accepted additions fundamentally at-odds with the park’s mission and aim. It has been a gradual erosion, with small thematic inconsistencies explained away with, “it sort of works because…” The problem is, the cumulative impact of each small inconsistency is a big one, and has turned Epcot into a park without any direction. 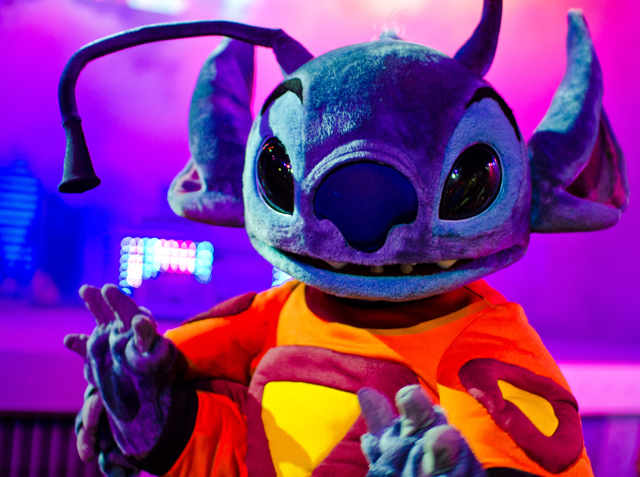 Suffice to say, I’m definitely not the target audience for this. Kids will probably love it as these Tomorrowland dance parties always tend to be popular with families, but I find them so intrusive to the otherwise-exceptional nighttime atmosphere of Tomorrowland. I just hope all the other stuff isn’t too over the top. Obviously, your mileage will vary–especially if you’re not a Carousel of Progress enthusiast, or if you have kids who are the right age for this. 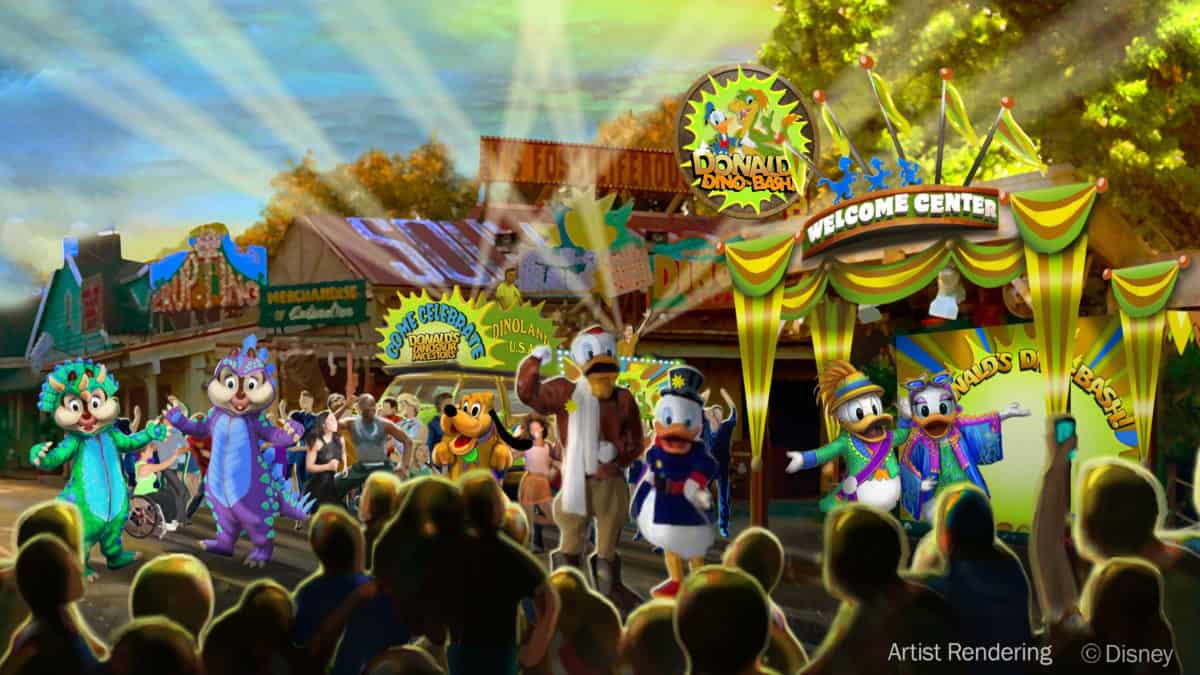 Donald’s Dino-Bash! – This is a “dino-tastic” celebration is a meet & greet/dance party with the premise that Donald Duck is taking over Dinoland, U.S.A. to celebrate his recent discovery that ducks are descendants of dinosaurs. Donald will be joined by Scrooge McDuck, Launchpad McQuack, and other feather friends of Donald. Donald will also throw a nightly dance party where everyone is invited to “shake their tail feathers.” (Opens May 25, 2018.)

My Thoughts: After reading complaints that this doesn’t fit the story of Dinoland and Dino-Rama, I “joked” that they could open a used VCR & Furby shop (that’s right, a single store selling both and nothing else; every business needs a niche!) and it would still be, at worst, a lateral move. I’ve harped on this before, but I’ll reiterate: Dino-Rama is a garbage land.

I could open “Tom’s Zany Commercial Waste & Trash Incinerator” and invite you to visit because I have a really clever, 40-page backstory about just how fun and wacky my business is. That doesn’t change the fact it’s a garbage-burning business. Ditto Dino-Rama/land. Elaborate backstory is no substitute for substantive attractions and quality theme. (And yes, I’m still bitter that Imagineering took the coolest living creatures of all-time, and gave us this.)

But I digress. Donald’s Dino-Bash looks fine. While we enjoy meet & greets from time to time, I’ve never been excited about the opening of one, and this is no different. I’m totally here for Chip & Dale in dinosaur costumes, and I like that a couple of rare characters will be present, but I’m definitely not the target audience. 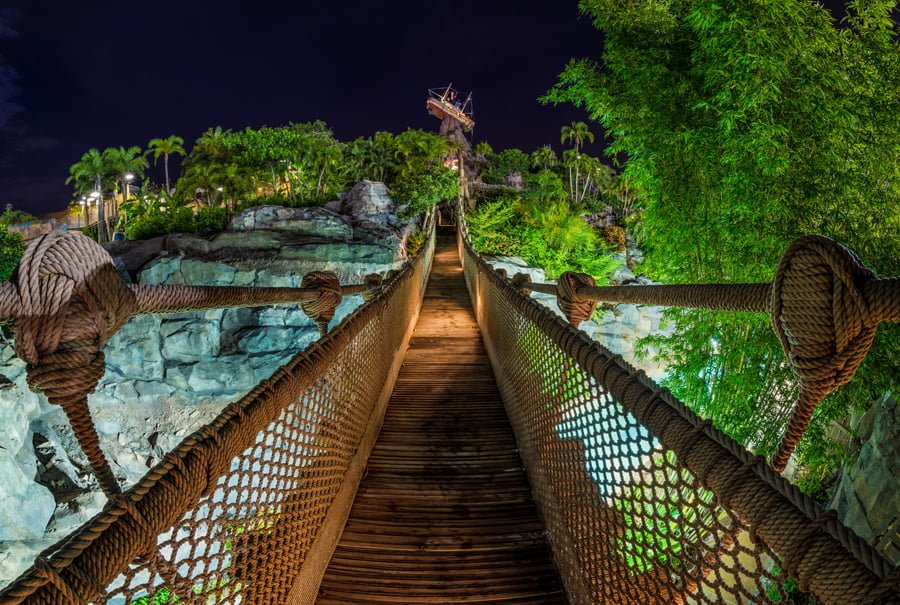 Typhoon Lagoon H2O Glow Nights – The water park will transform into a “glow party” on select evenings June 21 – August 11, 2018. This is a hard ticket party, with tickets costing $55 per adult or $50 per child for the 3-hour event. At the event, you can make waves with Rex, the Dinosaur of Ceremonies, and his Toy Story pals at this “luminous event” inspired by the Toy Story short film, Partysaurus Rex.

My Thoughts: A couple of summers ago, we attended Typhoon Lagoon Beach Bash; as I wrote in our event report at the time, I had a blast, and really loved going to a water park in the evening. That was a free event for Disney Vacation Club members, just as Extra Magic Hours at Typhoon Lagoon used to be free.

So, on the one hand, I’d really love to return to Typhoon Lagoon at night. I think that’s the best time for visiting water parks, as there’s none of that pesky sunlight to make the ground hot, and I can’t get sunburnt at night. On the other hand, $55 is a ridiculous price for a 3 hours at a water park. On the other other hand, due to that price, I’m guessing ticket sales will not be strong for this, making it a great time to do water slides with minimal waits. On balance, the cost is still just too much to justify–we won’t be attending.

I think that about covers it for the main additions debuting at Walt Disney World as part of the Incredible Summer promotion. Some other potentially new-to-you things have also recently debuted, including UP! A Great Bird Adventure at Disney’s Animal Kingdom and new restaurants at Disney Springs.

As you can probably surmise, I’m not even remotely excited for any of this. Nevertheless, I am really looking forward to our next Walt Disney World visit. I’m cautiously optimistic that we picked a time to visit that will have low crowds now that early summer is relatively uncrowded (although I would’ve said the same thing about our January travel dates before we took that trip, and you can read how that went).

I’m looking forward to this, as it’s probably the last Walt Disney World trip we’ll take in the next 5 years that will have low crowds. Even with the expected heat, it’ll be a nice chance to revisit favorite attractions and soak up the atmosphere of the parks in a leisurely environment.

What do you think of the Incredible Summer lineup for Walt Disney World? Do you agree or disagree with my lack of excitement? Will you or your family enjoy this entertainment? Any questions we can help you answer? Hearing feedback about your experiences is both interesting to us and helpful to other readers, so please share your thoughts below in the comments!